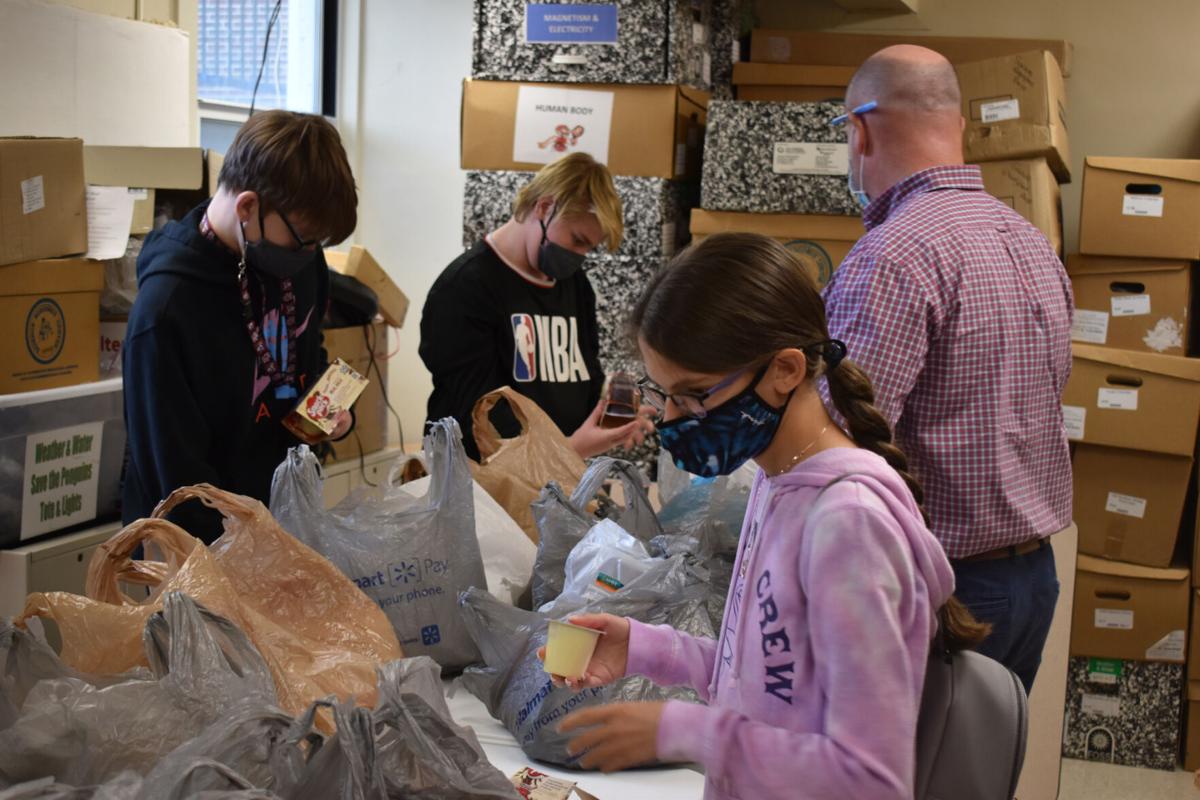 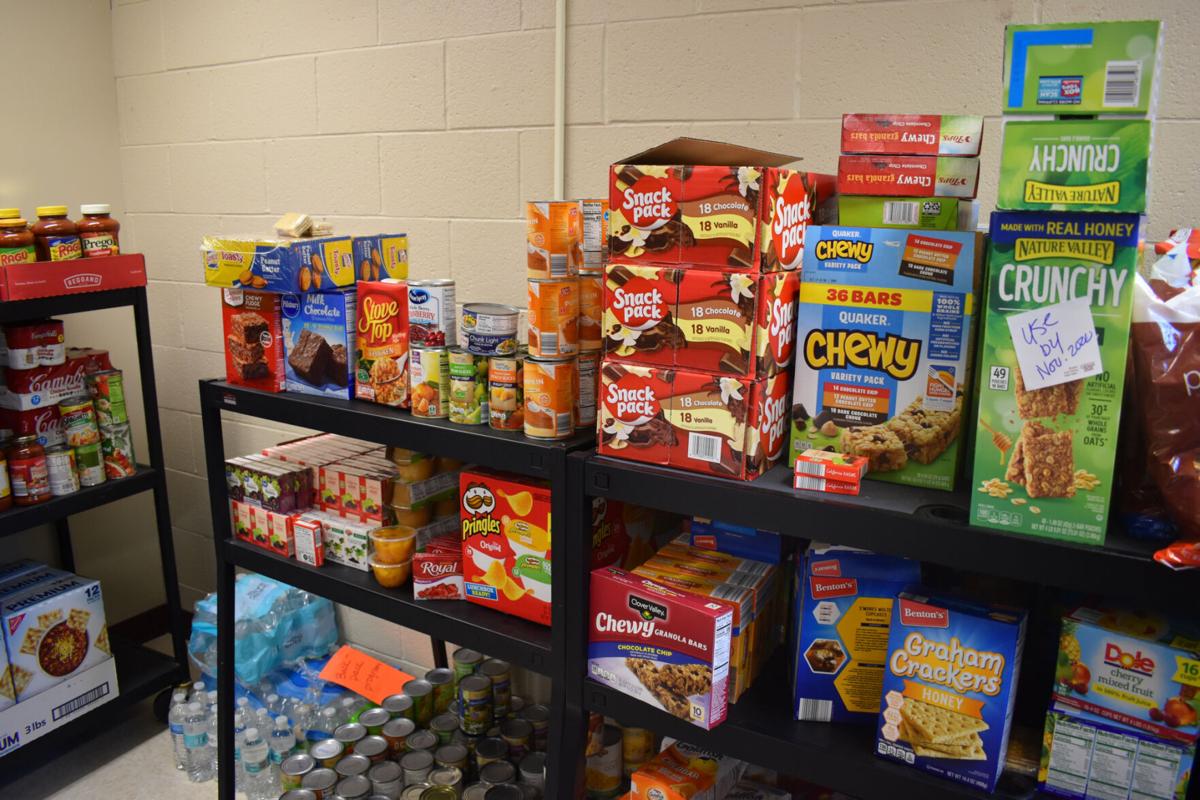 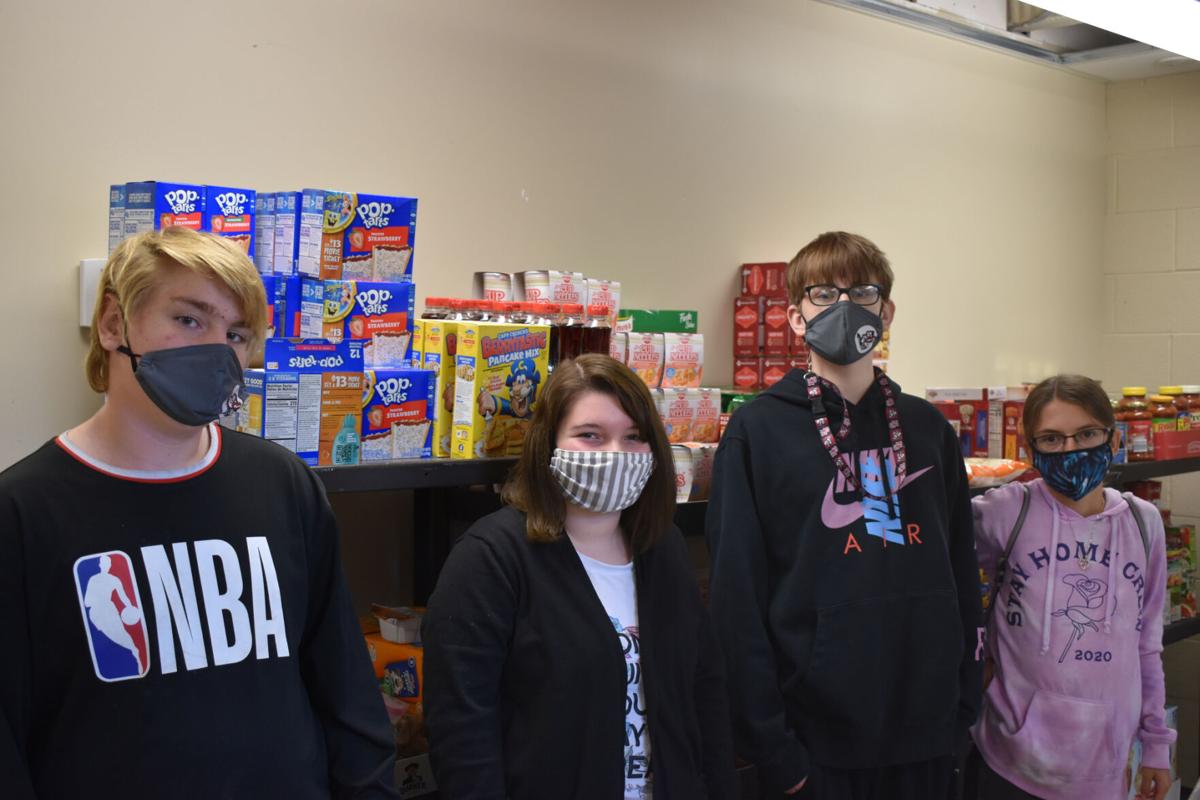 SACKETS HARBOR — In one of the basement rooms of Sackets Harbor Central School, shelving units are full of various nonperishable food items for the district’s backpack program, which currently supports 15 households within the district, benefitting more than 30 students.

Shortly before noon Thursday, a handful of students helped to pack plastic bags full of various foods like chicken, tortillas and rice. Finishing up not long after, their bags filled with food for both meals and snacks, the group carried the packed bags upstairs ready to be picked up later by students in need.

A joint effort involving school staff, students and community volunteers, District Superintendent Jennifer L. Gaffney describes the backpack program as her baby and has watched it grow exponentially since it began in 2009.

“I think from the school district perspective, there are certain basic needs that have to be met in order for the best learning to occur,” she said. “We believe very strongly that if we take care of our students, their physical needs, social needs, emotional needs, then the learning kind of comes along with that.”

Donations to the backpack program come from all over the community. This past summer, two young community members, McKenna Hains and Olive Rowell, operated a lemonade stand to raise money and donate it to a good cause, dropping off $65.25 at Sackets Harbor Central for the program.

Two years ago, Ms. Gaffney was approached by Brian Robbins of North Harbor Dairy, who believed he could rally his vendors and put together a large fundraising event for the backpack program because, aside from donations, the program does not have a steady stream of revenue.

The first of what would become an annual Fall Fundraiser, the only fundraiser held to support the backpack program, was a great success. The second year, Ms. Gaffney said the PTO and Booster Club were also brought in for the distinct purpose of supporting families in need.

“When we first started, it was fully supported by teachers going out and grocery shopping and bringing in extra groceries every week,” Ms. Gaffney said. “So, until this fundraiser, it was hit or miss. I’m grateful for anything that we can receive; any little bit helps. I’m honored to get whatever we can get to keep the program running, and we’re in a very healthy position.”

Last year, the fundraiser brought in nearly $11,000 for the backpack program.

This year, because the program has been so successful over the last two years and the program has a lot of money coming in, it was decided to open the Fall Fundraiser to the South Jefferson Central School District, which also has a well-established backpack program, to benefit families in that district as well.

On Oct. 23, the third annual Fall Fundraiser to benefit the Sackets Harbor Central School Backpack Program will begin at 4:30 p.m. North Harbor Dairy is again spearheading the fundraiser, though due to the current COVID-19 mandates regarding gatherings, the event has been tweaked from previous years. This year, the event will be entirely takeout and will include meals prepared by Chef Randy Jerome of RJ’s Catering in Adams Center.

Offered will be meals of prime rib or chicken marsala with all the fixings, along with ice cream from North Harbor Dairy for dessert. Prime rib meals will cost $25 and chicken marsala meals will be $20. Pick up locations for food will be RJ’s Catering, 18245 Minkler Road, Adams Center, and Sackets Harbor Central School, 215 S. Broad St.

Everything can be purchased online at omfonlinestore.square.site/. Those ordering their food will have an option to choose which backpack program they’d like their contributions to support.

There will also be raffles, a result of a lot of local community members donating. For instance, there will be a “Best of Sackets Harbor” package as one of the raffles with gift cards from downtown businesses.

“When the economy took a turn, our community took a turn in terms of stepping up to fill that void for those families,” Ms. Gaffney said. “Since our closure to the present day, I’ve seen more community giving and support than I ever have here, and it’s always been pretty generous. A bright spot is just seeing how the community rallies together and steps up to support each other, and I’ve really seen it firsthand and felt it firsthand here at the school.”