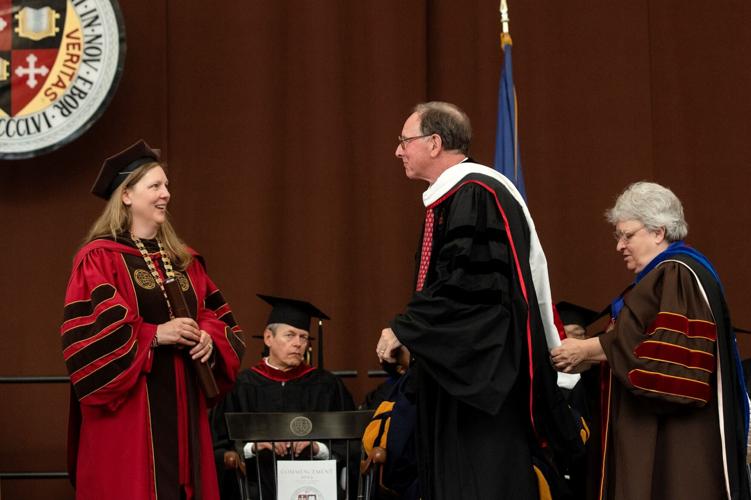 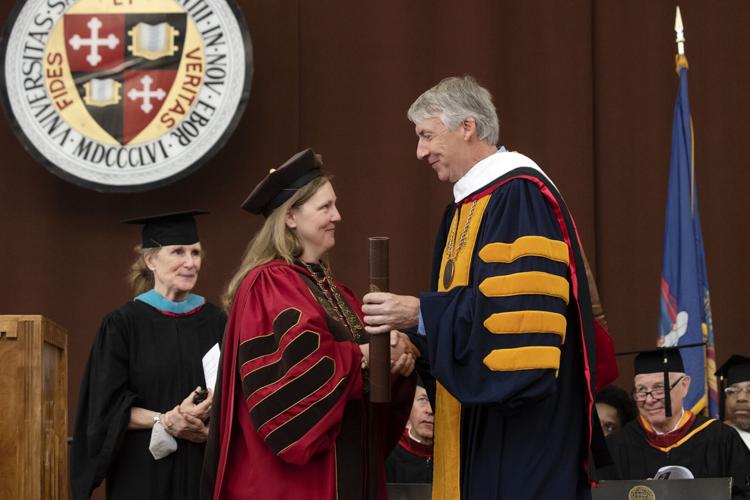 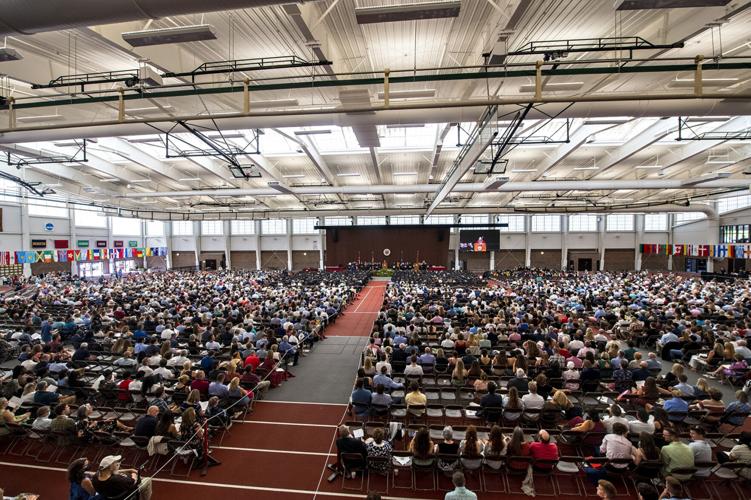 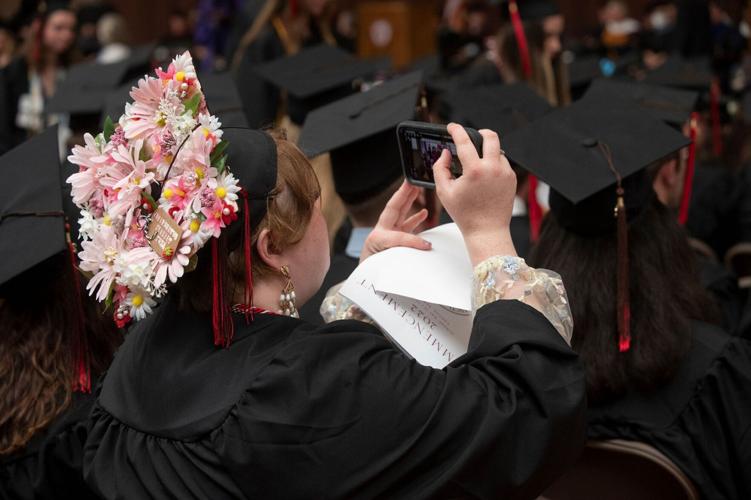 CANTON — Former St. Lawrence University President William L. Fox became a member of the graduating Class of 2022 Sunday when he received an honorary Doctorate of Divinity at the Laurention Commencement at Newell Fieldhouse. Nearly 500 other degree earners were joined by family and friends in an upbeat ceremony that marked the first “normal” commencement since the start of the pandemic in 2020.

Lauren J. Arthaud, president of the senior class, in her remarks, mentioned the important role the Class of 2022 played in the culture of the university.

“I believe the most important impact of the Class of 2022 came this year when we took on the goal of restoring the culture of St. Lawrence after the pandemic struck,” Ms. Arthaud said. “Being the only class of students enrolled in the university who had experienced a full and normal year at SLU, it was our duty to bring back traditions that may have dissipated without us. These traditions included supporting Saints at athletic events, a candlelit tradition on the Quad at the beginning of the year, displaying the importance of smiles in places like the student center and classes.”

Grant H. Cornwell Jr., from the Class of 1979, was honored with a Doctorate of Humane Letters for his “initiatives in diversity and global engagement, collaborative research, and experiential learning.”

“I think it is an exceptionally exciting and important time to be a graduate of St. Lawrence University,” Mr. Cornwell said. “You are a class of graduates whose character was forged in the cauldron of a global pandemic, a fiercely waged political struggle over the direction of our democracy and the most important social movement to advance racial justice in our nation since the civil rights era.”

Lynn Smith Fox, who served for 25 years with the Board of Governors of the Federal Reserve System, co-taught courses at St. Lawrence on the Federal Reserve and non-profit management and served on the board of directors for the Remington Art Museum and the Wild Center, was given an Honorary Doctorate of Humane Letters.

She said, she learned as spouse of former president Fox, how hard it is to leave St. Lawrence.

“It’s not possible to leave St. Lawrence,” she said. “You can’t go from here — it goes with you.”

On Friday night, the Fox Center for Academic Opportunity was dedicated. The center houses a number of critical academic resources and honors President Fox’s commitment to St. Lawrence and its students.

On Saturday, President Fox said in his address to consider the word nevertheless.

“Five of your eight semesters, have been touched, to varying degrees, of destruction by a pandemic whose conditions are beyond our control,” he said.

Students at other universities feel like they need to be compensated for their time spent at college during the pandemic, Mr. Fox said.

“St. Lawrence, however, is set apart by the belief that however hard it has been, nevertheless we made the best of it,” he said.

Nevertheless is a transformative word, he said.