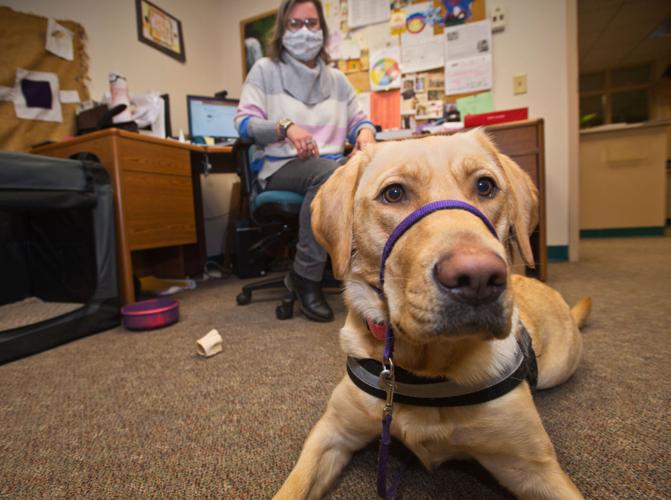 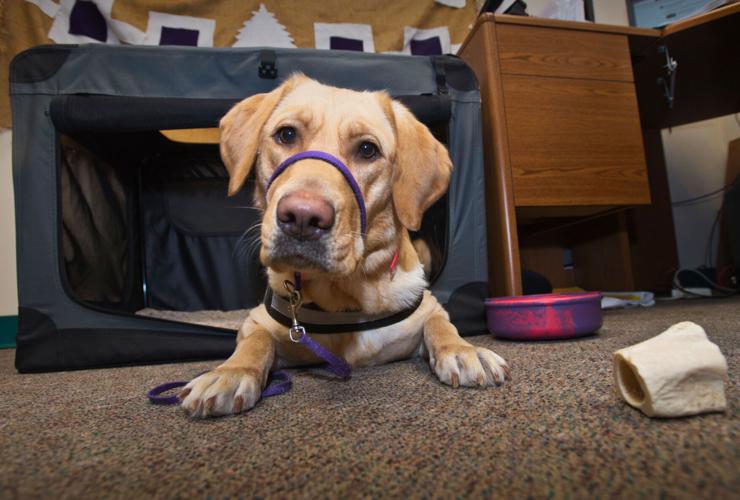 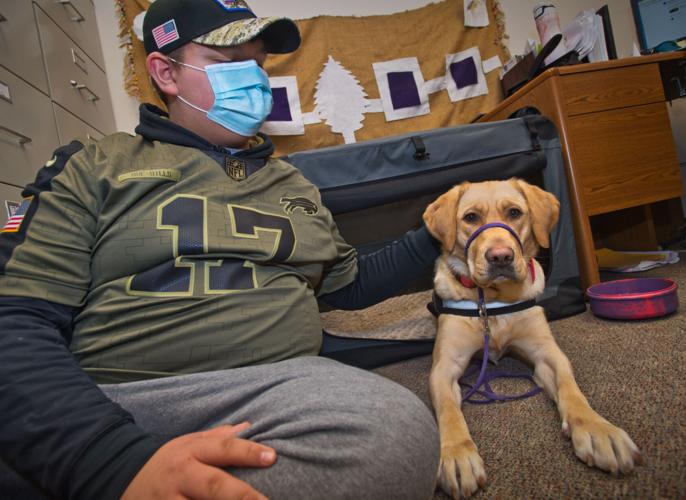 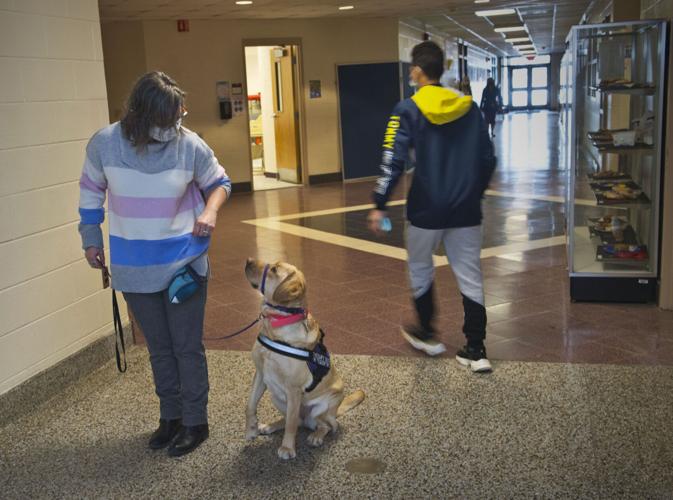 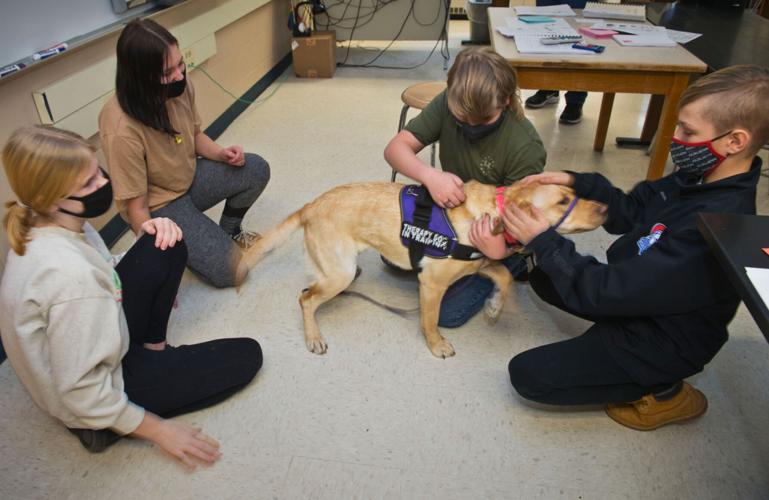 Her name is Luna, and she’s a therapy dog that’s being introduced to the school this year.

“She’s so good-natured and she loves people. She’s a celebrity here,” said Keri A. Zaza, a counselor at the school and Luna’s owner.

Superintendent Patrick H. Brady said Luna is the second therapy dog being used in the district. Reese was at the high school last year.

“I think there’s generally a greater interest in therapy dogs as we’ve seen the rise in more mental health issues, anxieties and conflicts among student bodies across the country,” Mr. Brady said.

Board of education members approved a request by J.W. Leary Junior High Principal Amanda J. Zullo and Mrs. Zaza to allow therapy dog training at the junior high during the 2021-22 school year.

“A couple of years ago we developed a policy for having a therapy dog at the high school as a pilot program,” Mr. Brady said. “One of our counselors there had a dog that had gone through training. We developed the policy with the criteria for certification. The dog, Reese, did very well when we had a student death at the junior high in comforting students.”

Luna, the yellow Labrador who is 1½ years old, has gone through the training agency that Mrs. Zaza works with, and now she is slowly being acclimated to the junior high environment, coming in for a couple periods at a time.

She said Luna started out as a “COVID puppy” for the Zaza family. She said her two children, a sixth grader and fourth grader at the time, had difficulty when school doors closed because of COVID and learning was remote. Luna entered the picture over that summer.

“We got (Luna) right around the summer time and it was the turning point for my children, just to give them something to focus on, another thing to love and take of, and she very quickly became part of the family,” Mrs. Zaza said.

“She was smart and a really good listener. She didn’t so much care about the other dogs, but liked all the other people,” Mrs. Zaza said. “It was probably about three or four classes in that I thought about (using her as a therapy dog).”

Last summer, her husband tested how Luna would react amidst a large crowd.

“My husband works for a Boy Scout camp down in the Catskills. He was down there for six weeks and brought Luna with him to kind of break her in and see how she would do around hundreds of 12- to 18-year-old boys,” she said.

The boys loved Luna and she loved them, she said.

“She got voted as favorite camp staffer,” Mrs. Zaza said. “She learned a lot in just those six weeks. She wasn’t jumping on kids. She knew she had to be calm.”

She decided to see if Luna would be appropriate for the school and determine if she could handle it, or if she would be overwhelmed or overstimulated.

“Right now I’ve only been bringing her in for a couple of periods at a time. It’s been very gradual,” she said.

Luna has been introduced to the staff in the hallways and during Staff Development Day, and students are dropping by Mrs. Zaza’s office to see the yellow Lab.

And that’s what a therapy dog is really for — to cuddle at someone’s feet and reduce stress.

“It really is a matter of her being calm enough to just sit at someone’s feet and be pet. It requires a little bit more concentration and control,” Mrs. Zaza said.

How sad. Country is no longer a world power. We have become a weak pile of young people taught by liberals! War with Russia?? Our military is being weakened. Few more years with demented Biden stay home and lock your doors.