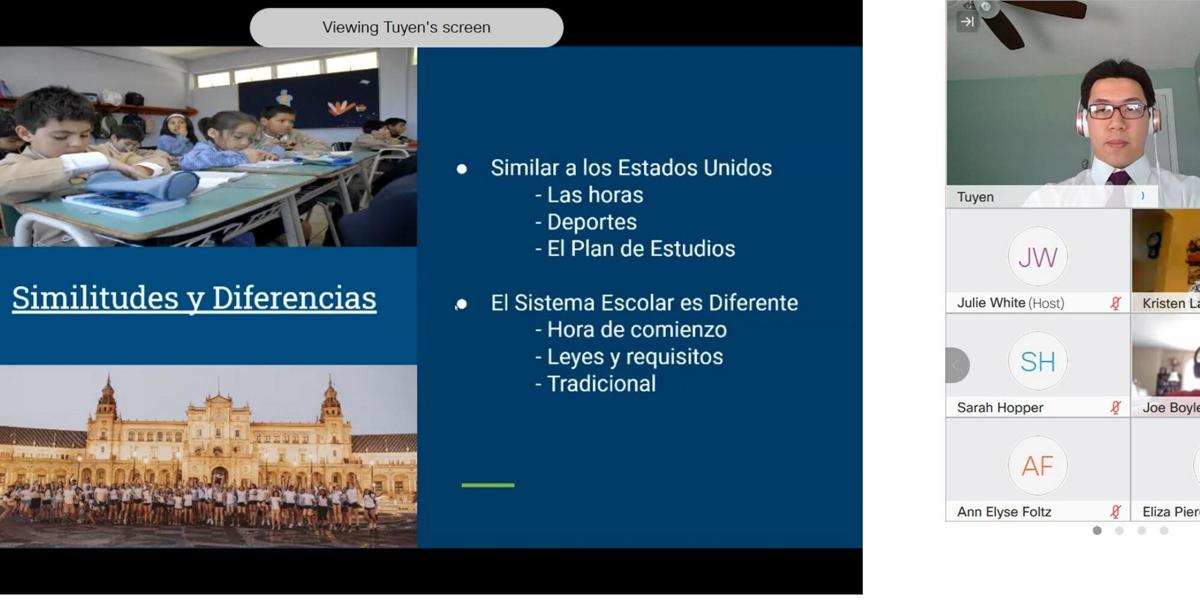 Tueyen Huyhn, top right, gives a presentation to the judges for his N.Y. State Seal of Biliteracy. Provided photo 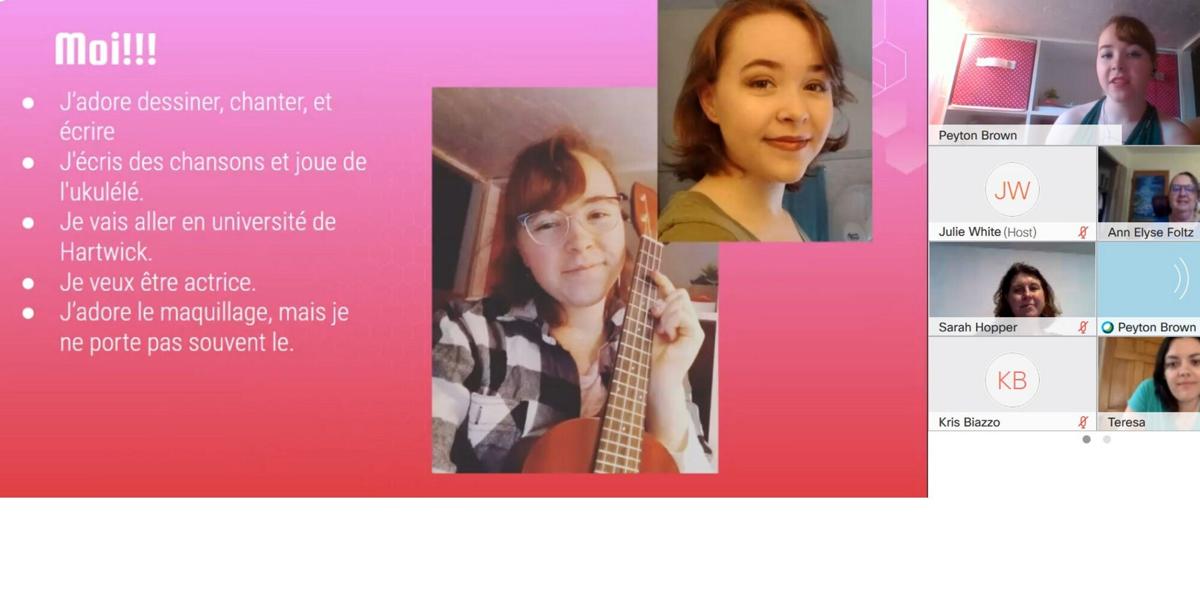 Peyton Brown, center and top right, presents about herself in French for her N.Y. State Seal of Biliteracy. Provided photo 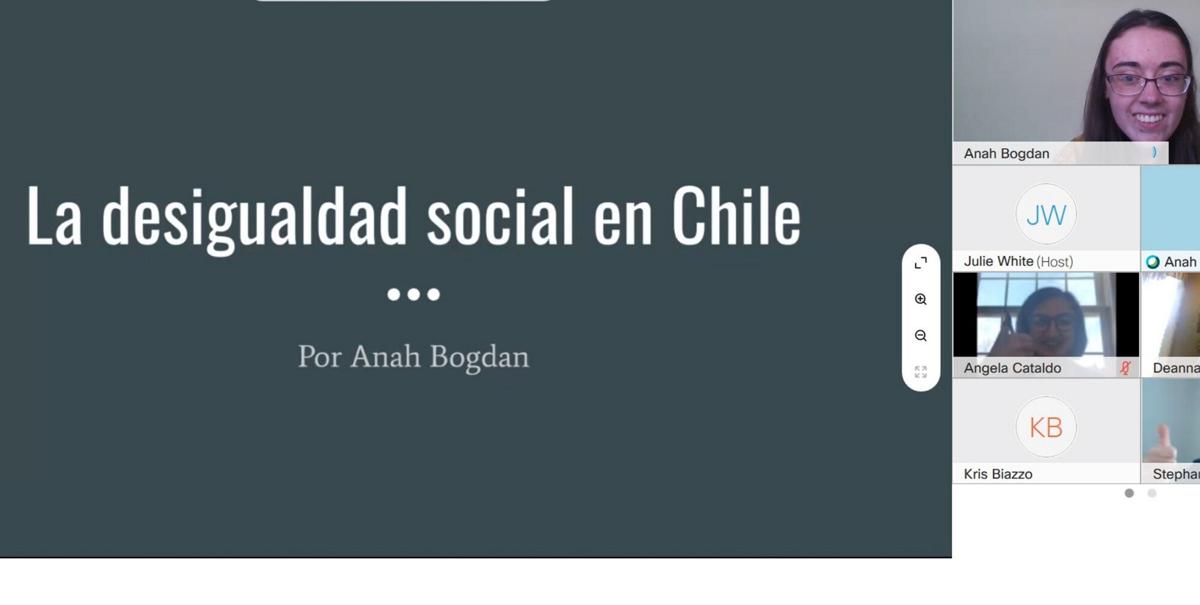 Tueyen Huyhn, top right, gives a presentation to the judges for his N.Y. State Seal of Biliteracy. Provided photo

Peyton Brown, center and top right, presents about herself in French for her N.Y. State Seal of Biliteracy. Provided photo

WATERTOWN — Nearly two dozen north country seniors have demonstrated proficiency in communicating through a second language and have earned the New York State Seal of Biliteracy.

The NYSSB recognizes high school graduates who have attained and can demonstrate a high level of proficiency in listening, speaking, reading and writing in more than one language.

The intent of the NYSSB is to encourage the study of languages; identify high school graduates with language and biliteracy skills for employers; provide universities with additional information about applicants seeking admission; prepare students for twenty-first century skills; recognize the value of foreign and native language instruction in schools; and affirm the value of diversity in a multilingual society.

This year, a record number of students participated in the Seal of Biliteracy program through the Jefferson-Lewis BOCES consortium and collaboration with participating local school districts. For the first time, students from St. Lawrence and Oswego counties participated, joining those in Jefferson and Lewis counties.

Due to the COVID-19 pandemic closing school buildings for the remainder of the 2019-20 school year, final presentations by participating students took place virtually May 19 through May 28.

Each student’s final presentation took place before a panel of judges made up of local foreign language instructors. The presentation focused on what the student had learned culturally during the course of the project, all the while communicating in a second language.

The following students earned the Seal of Biliteracy — included with the name of the student is their second language and the name of their presentation.

Avery Peck, French, “The Differences between the Health Systems in the United States and France”

Peyton Brown, French, “The Beauty Industry Effect on Self Confidence”