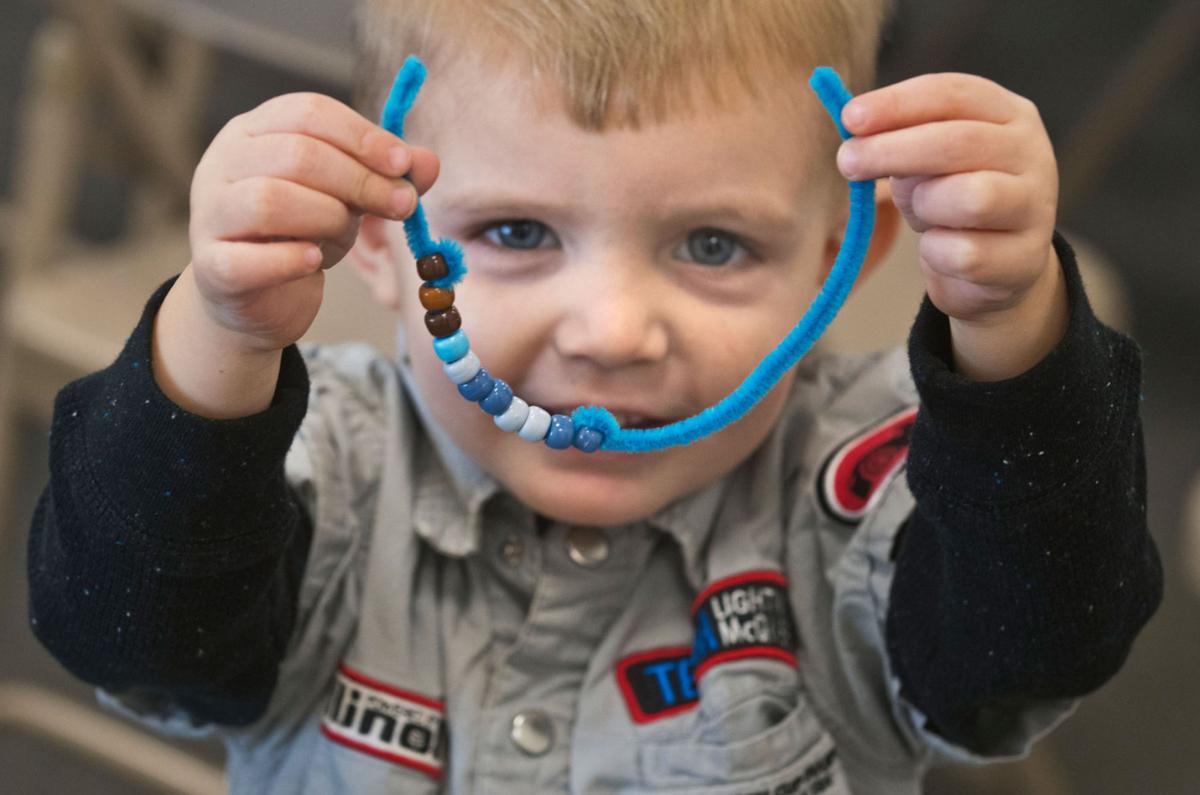 Titus Noreau, 2, proudly displays the bracelet he made Saturday from beads collected at the various stations during the “Vacation Precipitation” program at North Country Children’s Museum in Potsdam. Christopher Lenney/Watertown Daily Times 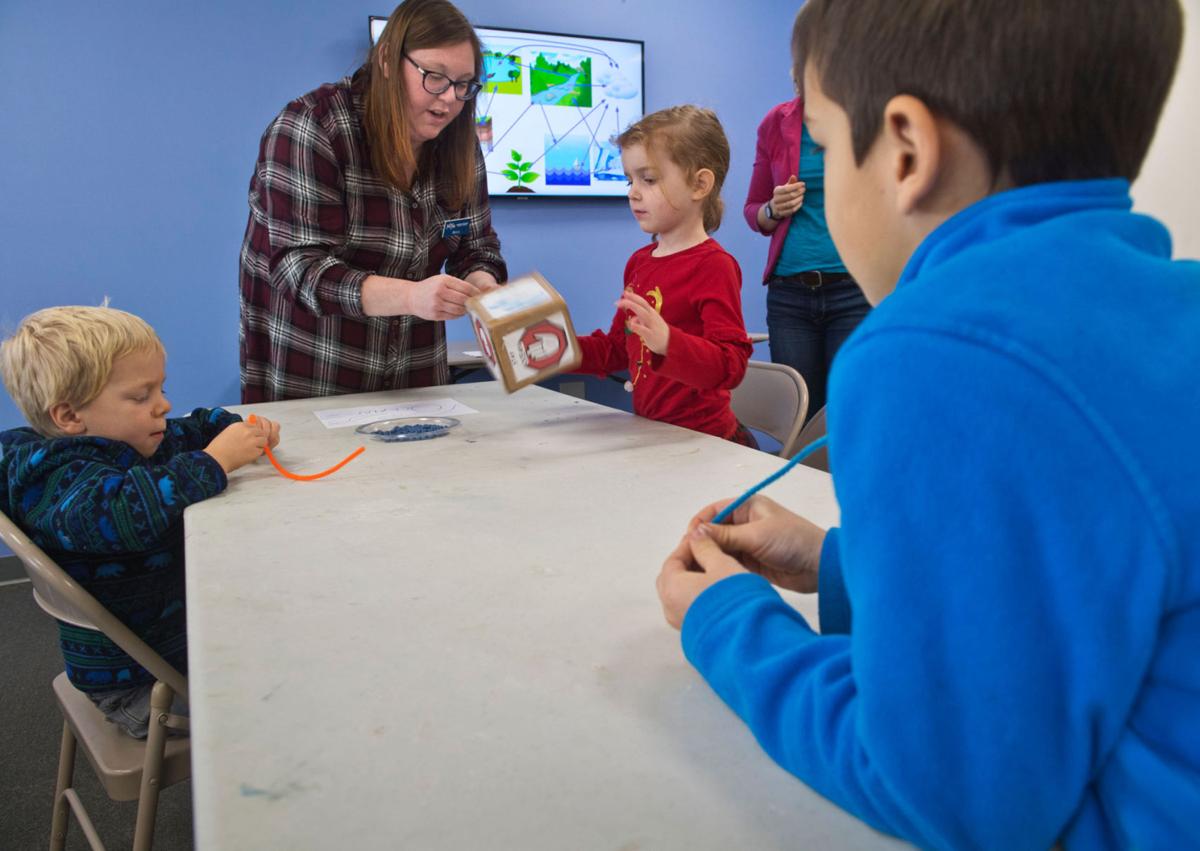 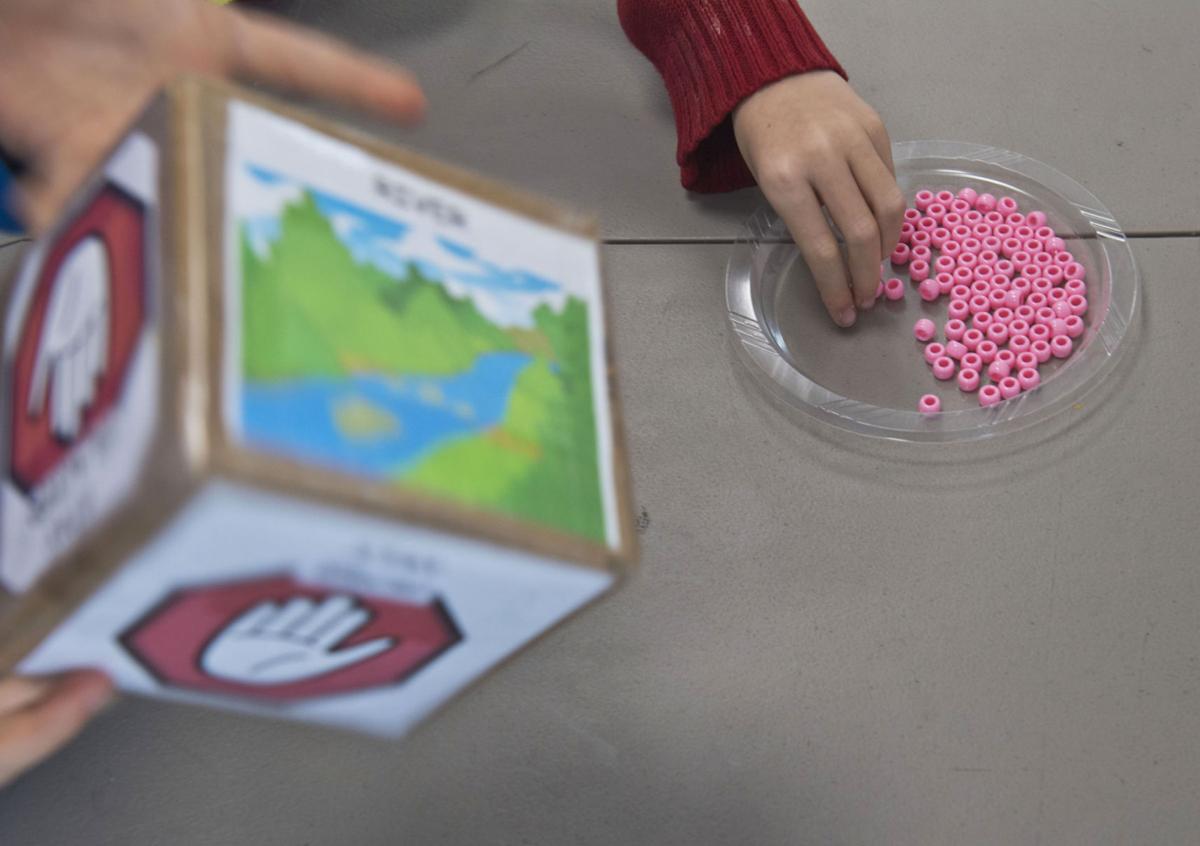 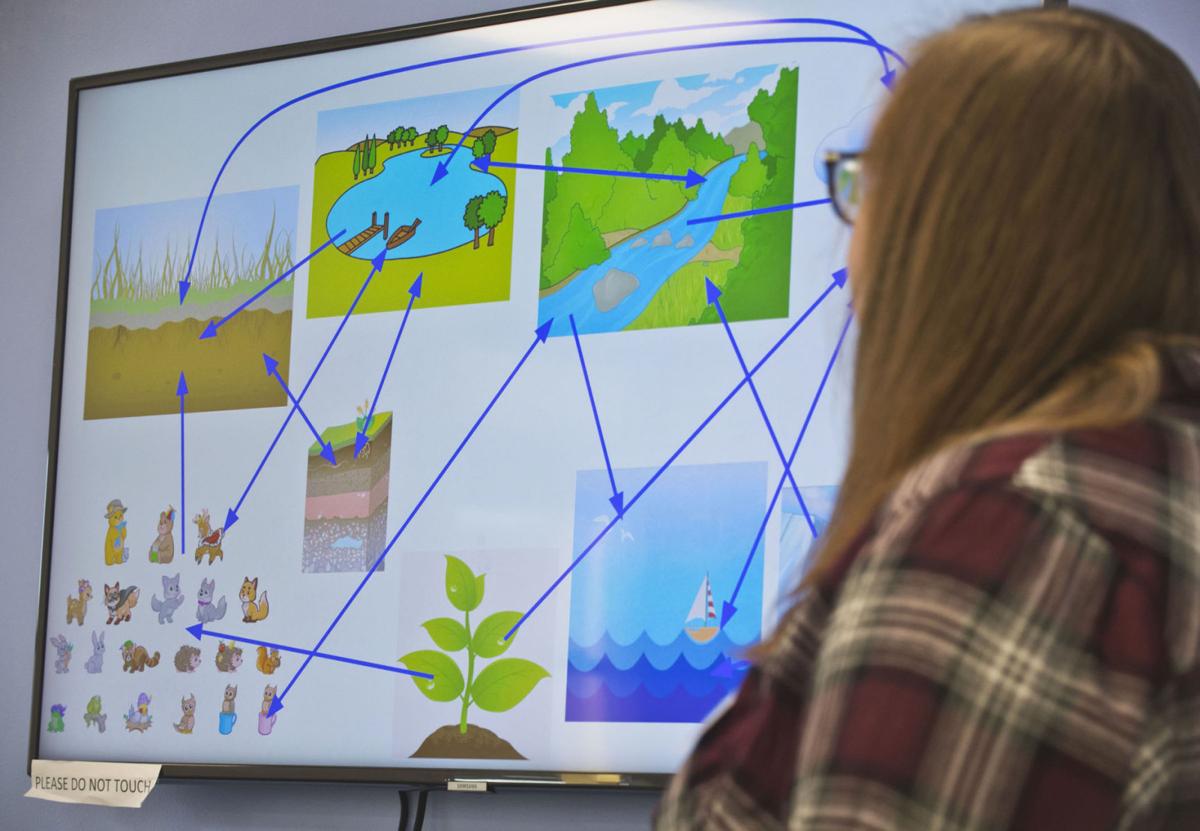 Titus Noreau, 2, proudly displays the bracelet he made Saturday from beads collected at the various stations during the “Vacation Precipitation” program at North Country Children’s Museum in Potsdam. Christopher Lenney/Watertown Daily Times

POTSDAM — A small group of children departed the North Country Children’s Museum and traveled the world Saturday morning. They were back before lunch.

Tucked in the back classroom of the Raymond Street museum, educator and Programs Coordinator Becca Stacy finished prepping the morning’s activity moments before 11 a.m.

“Really, you have no idea what’s going to happen until they walk through the door at 11,” Ms. Stacy said, adding that some days the small room could be filled with 30 kids, other days, one or two could show up. “It keeps you on your toes.”

Then the sound of excited footsteps — about 10 children entered the room ready for a globetrotting adventure.

The kids took their seats and waited — in eager anticipation — for the weekly program to begin.

Once they had settled, Ms. Stacy told the participants they would be taking a trip without ever leaving Potsdam, or the Red Barn that houses the museum. The trip, called “Vacation Precipitation,” required the kids to spend the morning as water molecules, moving between nine stations, each representing a hub of water or a phase in the global water cycle. Their task was to collect a bead from each station to add to a beaded bracelet while learning about how water is transformed and recycled.

The Saturday morning program is part of the museum’s weekend drop-in classes, open to museum members and families visiting for the day. Typically, each week’s Saturday program is science-oriented and taught by museum educator Daniel Bellinger, and each Sunday program is focused on the arts.

Filling in for Mr. Bellinger this week, Ms. Stacy distributed a pipe cleaner to each participant and instructed them to roll the large dice placed at the stations. At the “clouds” station, for instance, a six-sided die presented options for movement, with one side reading “ocean” and another reading “soil.”

Rolling “soil,” Orson Gonzalez, 7, moved to the soil station to collect a bead for his pipe cleaner and roll a new die, which could take him to other places, including “plants” or “groundwater.”

“I really wanted to get plants,” Orson said. “I love plants.”

A second-grader at Lawrence Avenue Elementary in Potsdam, Orson played at the museum for the day with his aunt, Pascale LaFountain, and cousin Felix LaFountain, 6, who were visiting from New Jersey for the holidays.

After participating in several weekend drop-in classes, Orson has become a children’s museum pro. His favorite part of the museum’s programming: “the experimenting.”

The museum, which began as a mobile classroom in 2012, opened at its permanent downtown location in April 2018, after the museum raised funds through grants, individual donations and foundations.

Now open from 10 a.m. to 5 p.m. Wednesdays through Sundays, the museum offers permanent exhibits for kids young and old alike, as well as changing daily activities, weekly classes, and the weekend drop-in programs.

“The museum is so worthwhile,” Ms. Stacy said. “It’s something for kids to do to get out of the house and be learning at the same time.”