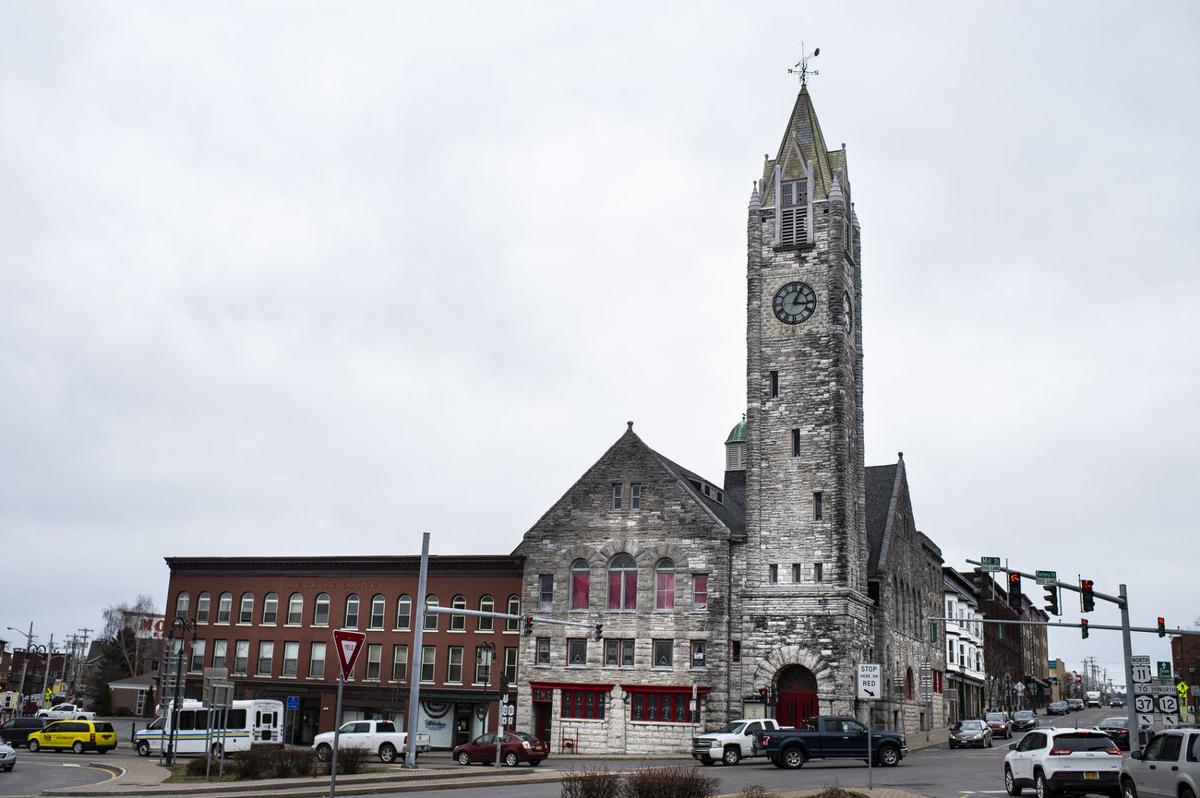 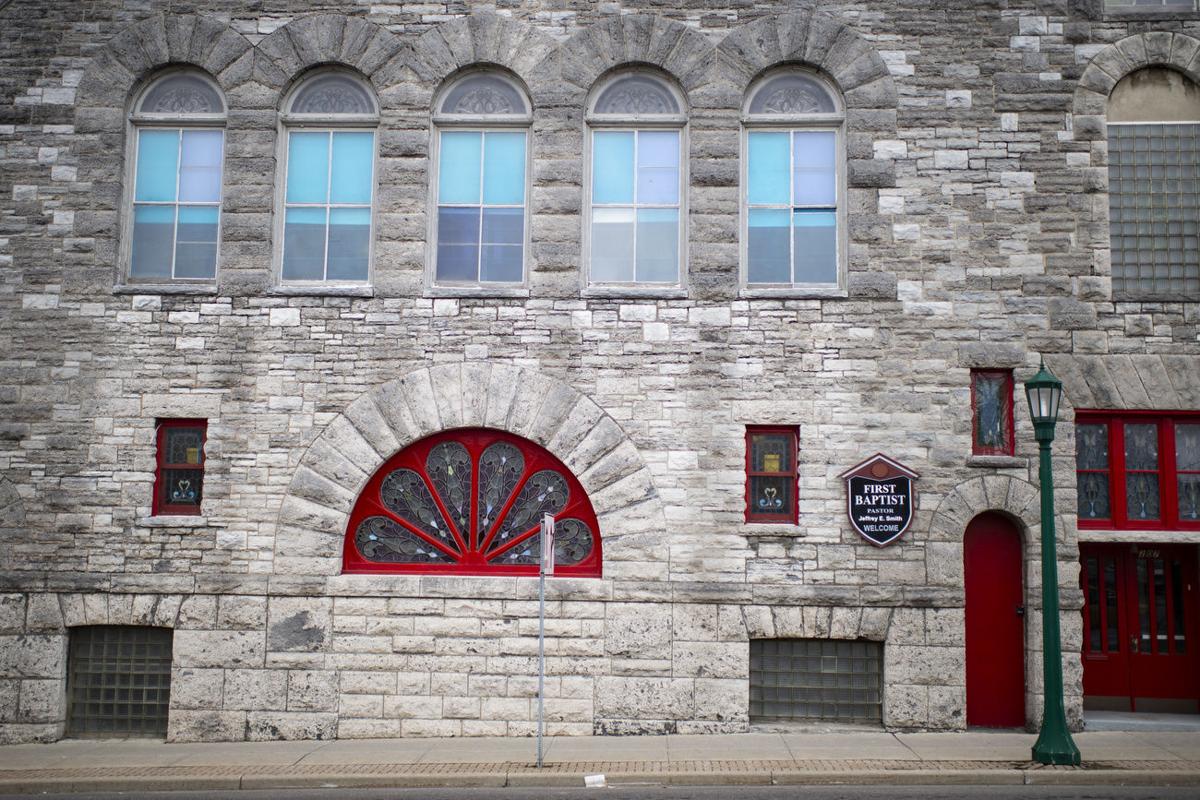 An effort is underway to raise funds for repairs at the First Baptist Church in Watertown. Emil Lippe/Watertown Daily Times 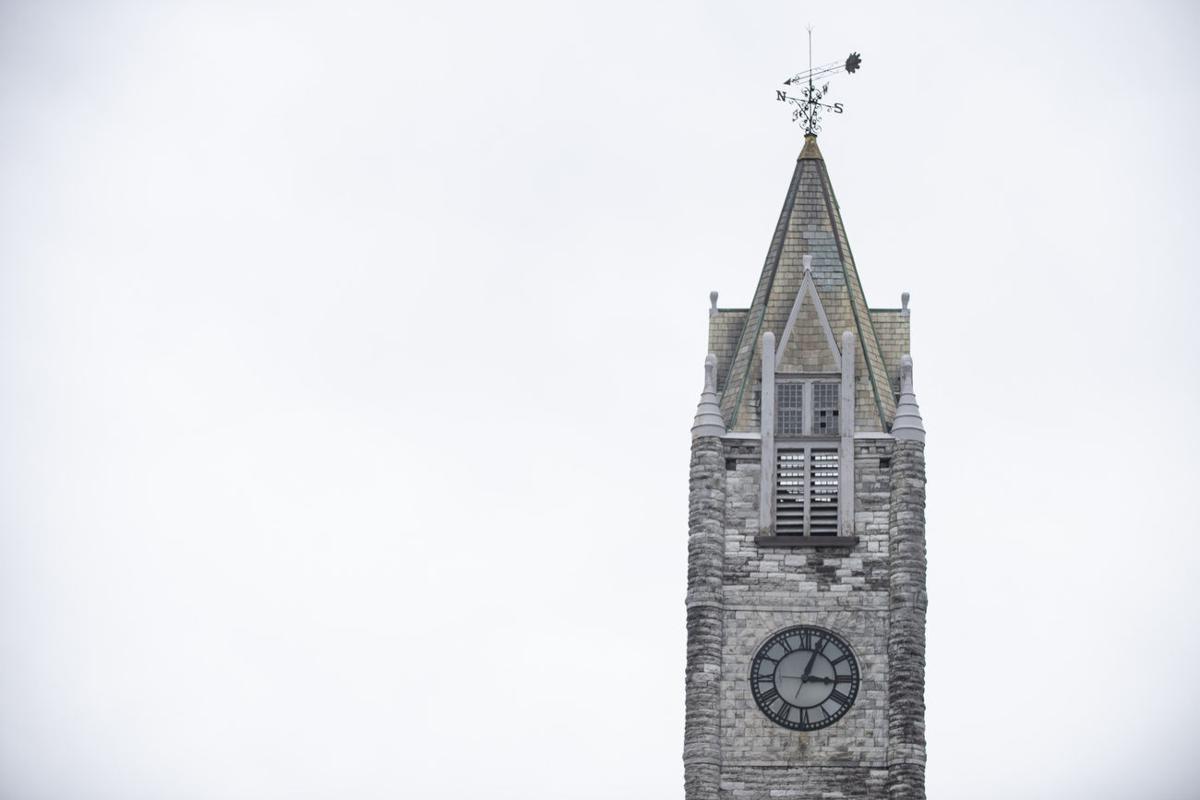 An effort is underway to raise funds for repairs at the First Baptist Church in Watertown. Emil Lippe/Watertown Daily Times

WATERTOWN — The shingle roof of the First Baptist Church that towers over Public Square leaks and the landmark church’s stained glass windows have deteriorated.

Word of these structural deficiencies, which could cost hundreds of thousands of dollars to remedy, has ignited an effort to raise money for repairs.

Donald C. Alexander, CEO of Jefferson County Economic Development, said he was contacted about the roof and other building issues at the 110-year-old church building, and out of a desire to preserve a local landmark, wanted to act. The local leader said he hopes to galvanize others from various companies, nonprofits and agencies to determine how to obtain funds to repair, if not replace, the roof and windows.

“This is a legacy building in Watertown; a cornerstone building,” Mr. Alexander said. “The building reflects a deep history of the community, and we need to preserve that history.”

When rain falls on Watertown, it leaks through the church roof into the hall and behind the sanctuary. The Rev. Mr. Smith said buckets are placed on the floor to catch water during storms.

Pieces of stained glass have fallen out of the windows, which the Rev. Mr. Smith said prompted the church to encase them in plastic covers inside and out. The stone exterior will also eventually need repair, he said.

While the Rev. Mr. Smith has not yet received a quote for a new roof, particularly because it is too large for the contractors he had spoken with as of Wednesday, he said the Asbury United Methodist Church will have to pay about $300,000 for its new roof. The pastor received an earlier quote for new stained glass windows that would cost the church almost $140,000.

“That quote they gave made my blood pressure jump,” he said.

The church has limited funding to finance infrastructure improvements, the pastor said, given that many of their worshipers earn a middle-class or low income, or none at all. The pastor said the church garners enough funds for maintenance and to support struggling city residents. Providing community service to those in need has been an important mission for the church for years, the Rev. Mr. Smith said.

The pastor said he looks forward to meeting with Mr. Alexander.

“I’m just overjoyed with it,” he said.

Discussions among local leaders have not just pertained to roof and window repairs. The Rev. Mr. Smith said he met with Mayor Jeffrey M. Smith who said he wants the city to maintain the clock in the tower and repair the broken bell, which has not rung in three years. The city, which owns the clock, has a 50-year lease with the church that provides the city access to the clock tower from repairs.

A worker from Knowlton Technologies previously maintained the clock on behalf of the city, but when Eastman Chemical Co. purchased Knowlton in 2014, it stopped funding the work for insurance and liability reasons. The Rev. Mr. Smith said the mayor hopes to convince the company to once again allocate resources for maintaining the clock and bell at the First Baptist Church.

The Rev. Mr. Smith said he previously applied for Downtown Revitalization Initiative funding for church repairs, but was rejected because the state could not provide funds for the place of worship.

The pastor said he recently talked with the Rev. Paul A. Simmons, of Asbury United Methodist Church, about the possibility of hosting a golf tournament to raise funds for both places of worship.

“Just really blessed to see how the community comes together and supports” the church, the Rev. Mr. Smith said.

There are quite a few stories of Rev. Dulles watching two boys, or at least trying to, as the boys raised a certain amount of devilishness around the church and the square. I believe it was Presbyterian at the time. The brothers, John and Allen went on to be Secretary of State of the United States and the other an aide to Wild Bill Donavan and our guy in Switzerland during WWII, then went on to be the Director of Central Intelligence. The latter Dulles had quite a time keeping tabs of American prisoners of war in Switzerland, where some Swiss sympathizing with the Germans were treating our men poorly. In one incident, our Diplomat engaged a Swiss military officer in Diplomacy by punching him in the head, a battle he won, and won better treatment for Americans as well. Roosevelt was amused.

Forgot to mention the Dulles State Building is named after one of the boys, and that generations of diplomacy centered on the world shaped by the brothers.

Separation of church and state - no tax dollars should be used, I don't care if someone thinks this is a landmark. If it's currently used as a church, no tax dollars period.

Now I'm diving deep into the trivia bin for Watertown former residents. Carol Burnett, and up and coming comedian on the Borsht Belt, while doing stand up for $20 dollars a night, won her way onto a New York TV show by an amusing bit of American Foreign Policy, as BORING, DULL DULLER AND DULLES, and her funny rant continued as Dulles filleted a few fish on his beloved Duck Island.