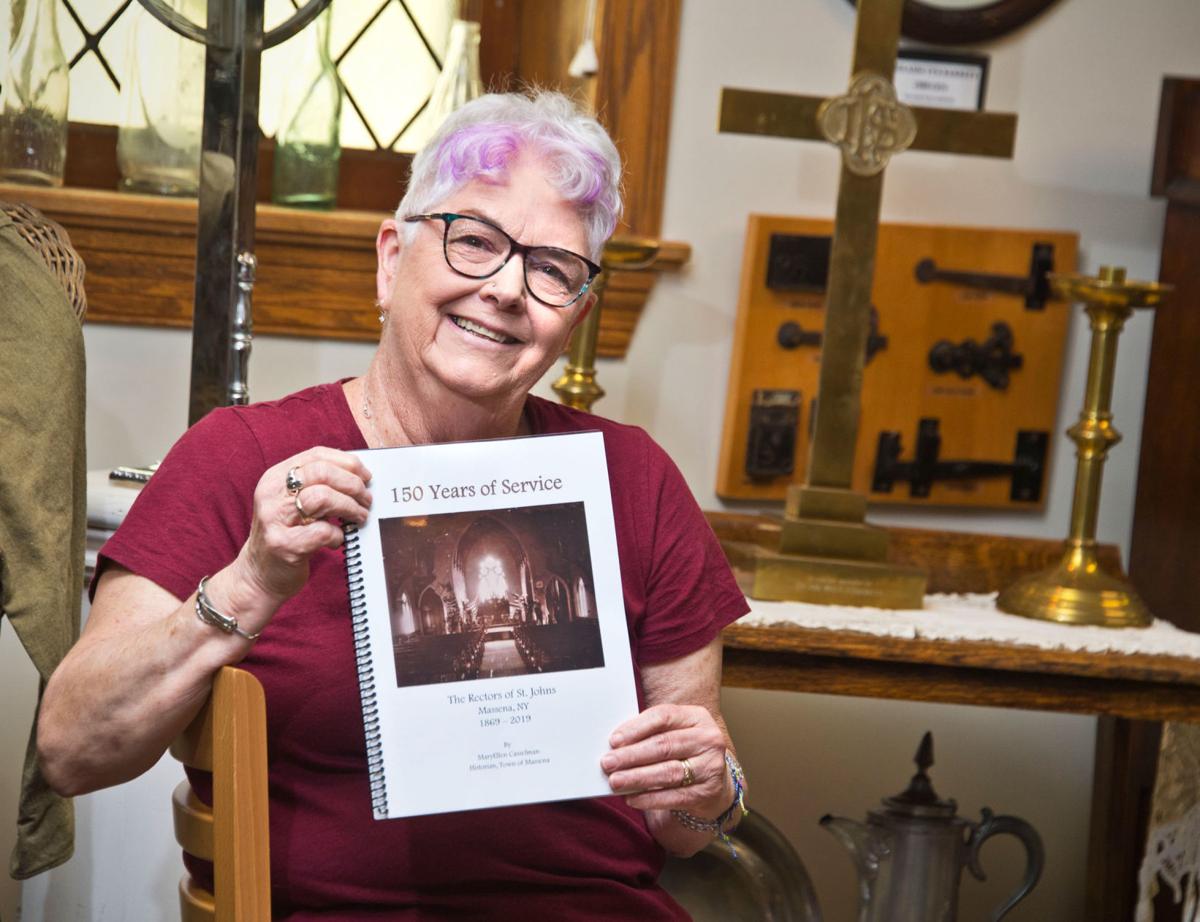 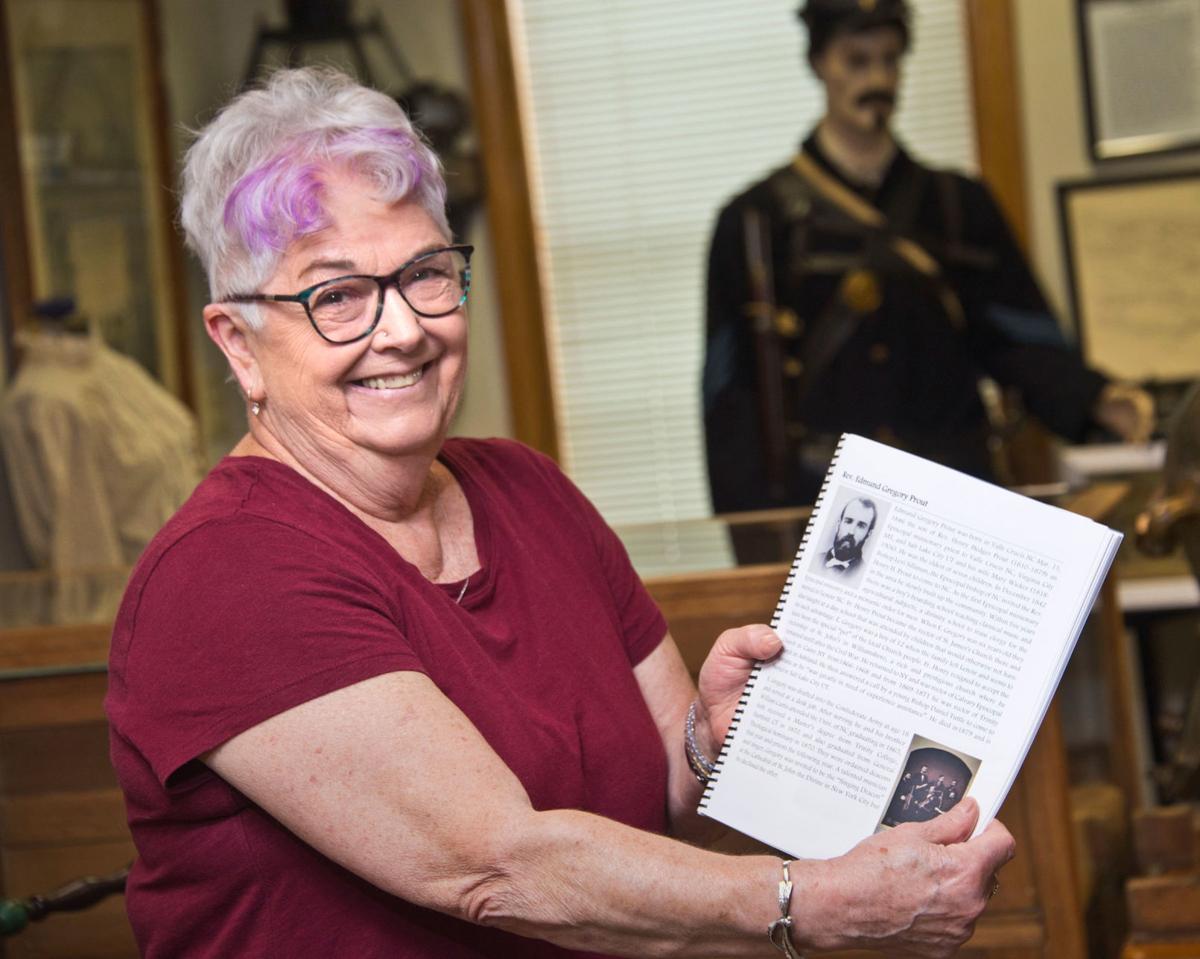 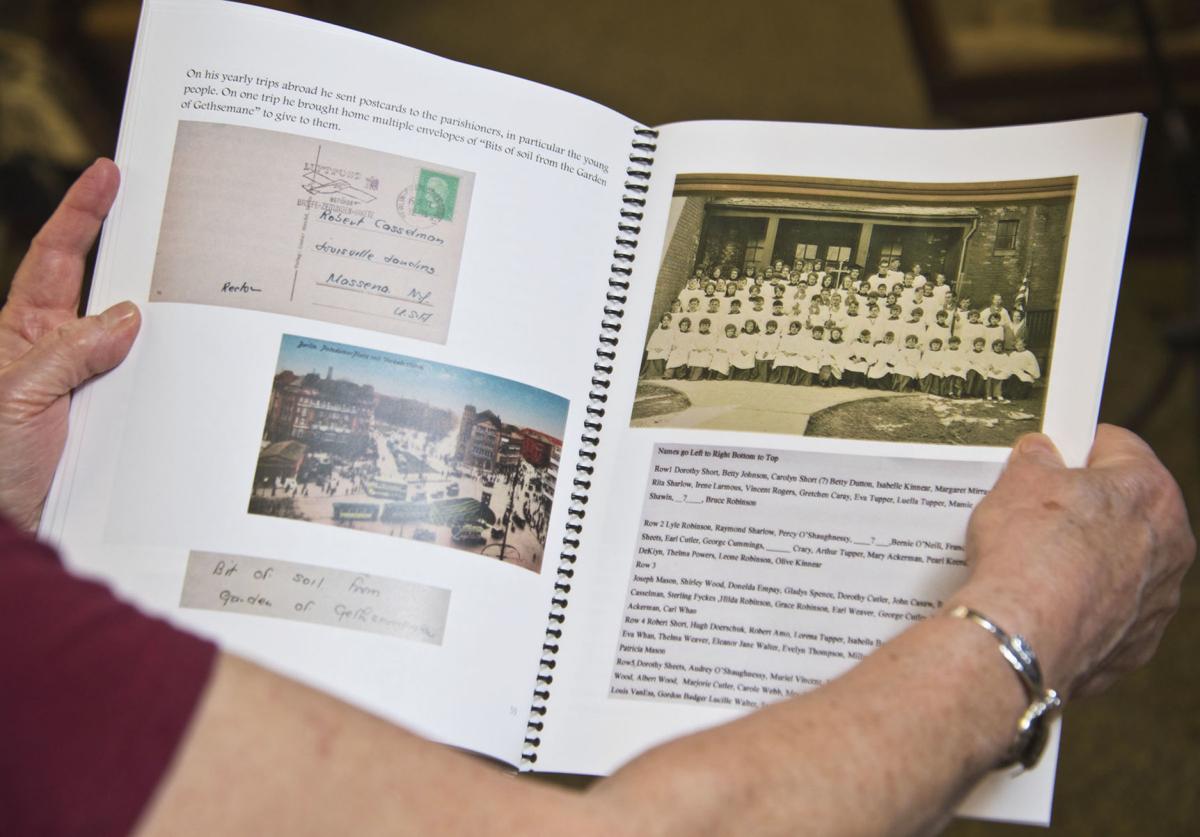 MASSENA — As St. John’s Episcopal Church prepares to celebrate its 150th anniversary Sunday, a new 90-page book by Massena Town Historian MaryEllen Casselman details the history of the church and provides biographies of the 37 individuals who have served as rectors at the church.

“I started out just doing biographies for St. John’s. Then I got intrigued” and began looking up the church’s history, Ms. Casselman said.

Ms. Casselman said she spent about six months researching and putting the book together. Along the way, she was able to locate some of the descendants of past rectors.

In one case, it was a family affair. Several family members of the Rev. Edmund Gregory Prout, beginning with his father, and including two brothers, became members of the clergy.

“He was quite a carpenter. He went to Virginia City and helped build the church there,” Ms. Casselman said.

Another priest, the Rev. Nevill Lascelles-Ward, was born in India, educated in England and Ontario, and went to China, where he spent five years and got married. The family moved to Vancouver in 1917 and to the United States in 1926. He spent two years at St. John’s, and she said it was during his time that the 14 stained glass windows were installed.

The Rev. Louis Van Ness was another rector, and Ms. Casselman said he enjoyed trips to Europe to collect art.

“He died suddenly and left his entire art collection, valued at over $1 million, to Hartwick College,” she said.

On Nov. 16, the Rev. Sonya Boyce will join the list of rectors when she is ordained to the priesthood by Bishop William Love and installed as the church’s new priest during a 2 p.m. ceremony.

Ms. Casselman’s book is available for $23 at the Celine G. Philibert Memorial Cultural Centre and Museum.