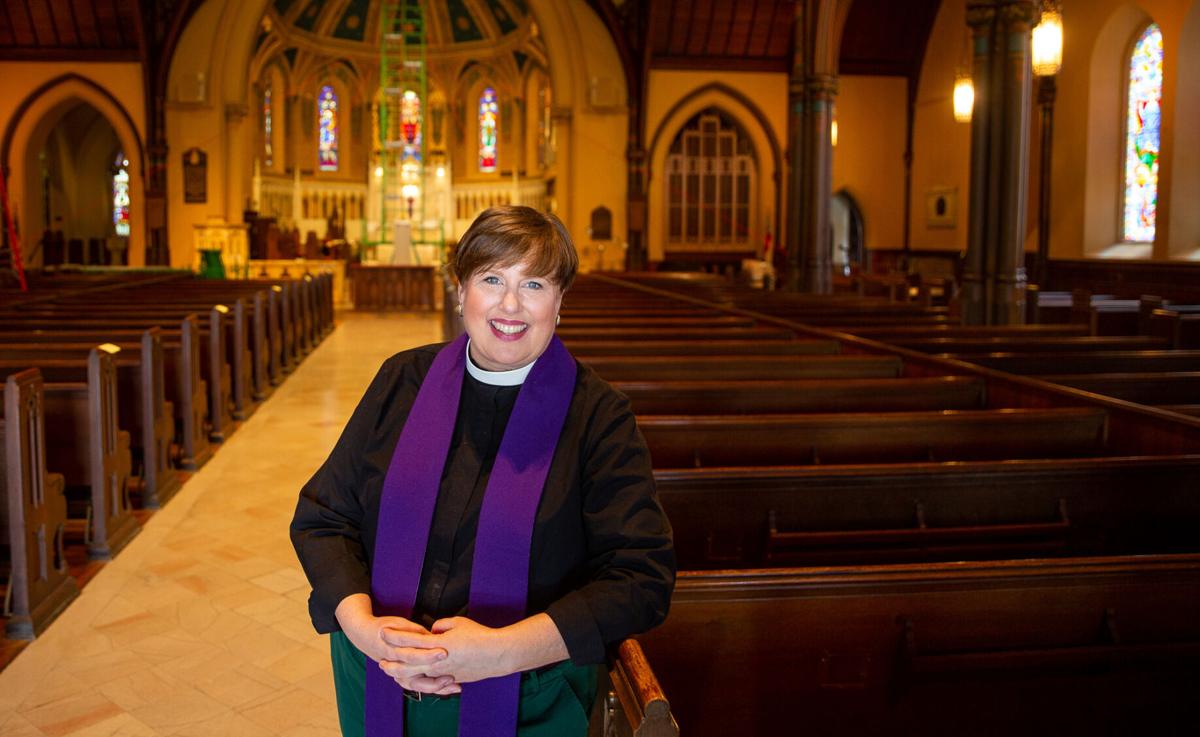 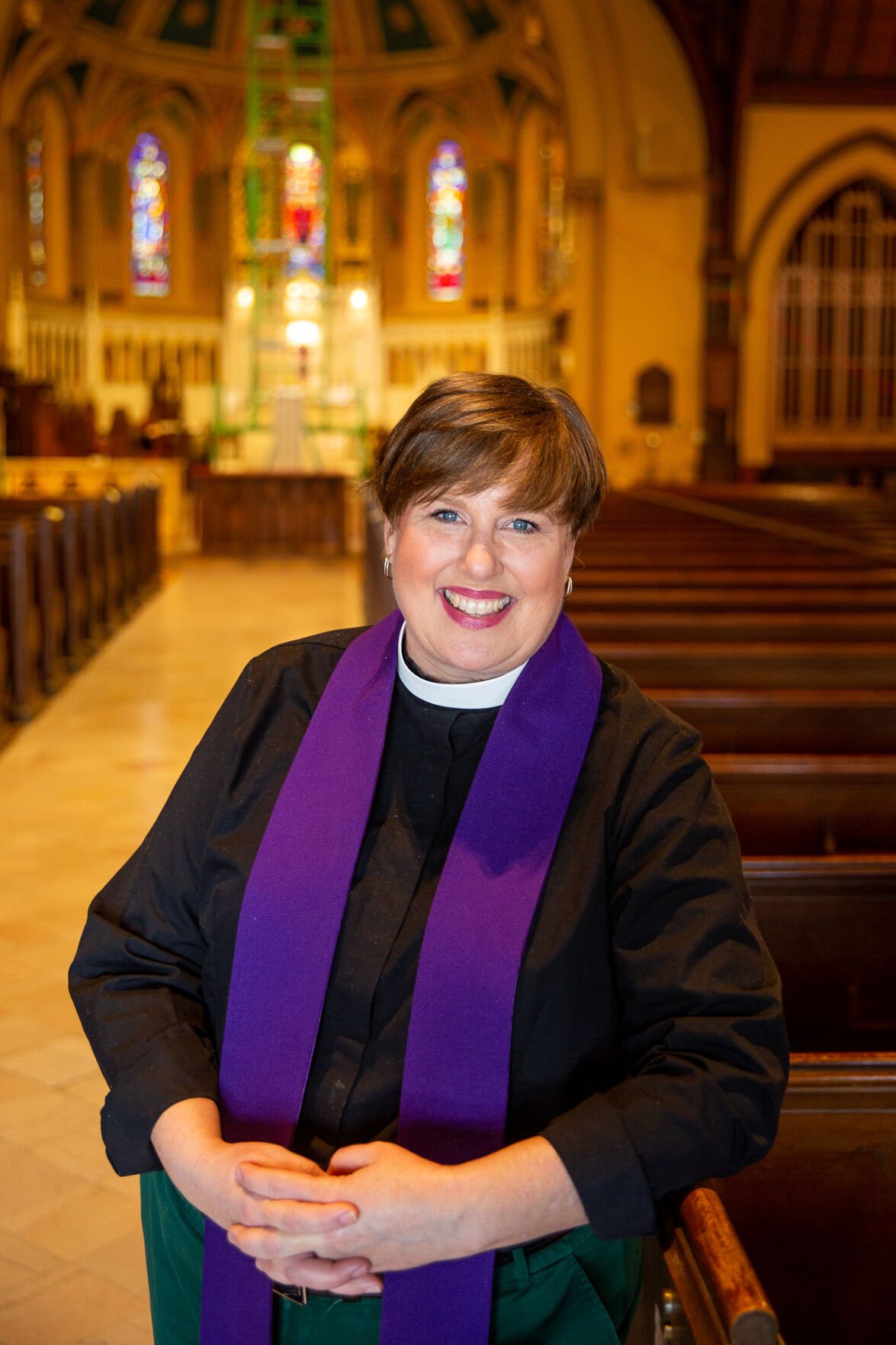 WATERTOWN — Churches, as buildings, were shuttered early on in the pandemic, but the faith they provided to their parishioners was unwavering — bedrock when turmoil shook us.

But churches, with indoor gatherings prohibited, had to become stronger when it came with dealing with technology to make sure their members were still connected and able to share a sense of community. There were hiccups along the way.

“I’m not too proud to say that I’m not as good a preacher when I’m in a room by myself looking at a small camera at the top of my laptop as when I’m in a room with people I can react to and faces that I can see,” said the Rev. Molly Payne-Hardin, rector of Trinity Episcopal Church, 227 Sherman St., Watertown. “I’m not nearly as tech-savvy as other parts of our congregation.”

Those tech-savvy members of the congregation quickly brought Trinity online for people to watch at home. The same scenario played out in other churches throughout the north country.

“I don’t know if we ever had a truly canceled service,” the Rev. Payne-Hardin said.

She recalled her last sermon last spring before the lockdown and how it focused on the way parishioners could follow along future services on online platforms such as Zoom and YouTube. It was a stressful time, but she said one particular Bible passage comforted her:

“In the world you have distress. But be encouraged! I have conquered the world!” — John 16:33, Common English Bible.

“That was Jesus talking to his disciples,” she said.

As Trinity moved services to the web, its organ music and the voices of readers were included. Thom Knudsen, of Rubenzahl Knudsen & Associates Psychological Services, Watertown, got things rolling last March and April.

“But once the courts and schools reopened in the fall and Thom needed to get back to his practice, Kyle really took the ball and ran with it,” the Rev. Payne-Hardin said.

Kyle P. Ramey is organist and choirmaster at Trinity.

“He’s done much more than organ — he’s the engine of video production each week for the past seven months, and for several more months into the future,” the Rev. Payne-Hardin said.

Mr. Ramey said that the online aspect of services now runs quite smoothly.

“Fortunately for us, the Trinity Concert Series owns wonderful audio recording equipment, so recording the organ music for worship has not been difficult,” he said. “I did have to learn an entirely new (to me) computer program (Davinci Resolve) in order to produce these videos.”

Mr. Ramey’s job responsibilities shifted from in-person organ/choral music and running a concert series to recording the music (and readers) for online worship and producing the videos.

“It’s been challenging and fun and I anticipate that we’ll have an online presence much larger post-COVID than we did prior to the pandemic,” he said.

In the summer, Trinity Episcopal Church began to host services outside its campus on Sherman Street.

“That worked well for us, but it invariably meant that in the offering plate, in addition to people’s pledge envelopes or cash, would be some bird feather and some leaves,” the Rev. Payne-Hardin said, laughing. “Or someone’s bulletin would go flying out of their hands at the very moment they were trying to read the prayers out loud.”

But overall, it was a joyful time to be able to meet in person, the Rev. Payne-Hardin said.

“You could just sense the joy behind people’s masks,” she said. “You could sense the relief, even though their faces were covered. We knew we couldn’t hug each other, but that didn’t keep us from putting our arms out in front of the air, doing an air hug or something.”

Because of the risk of spreading the virus, singing was banned at the outside services, which caused dismay.

“Music and singing is a big deal for Trinity,” the Rev. Payne-Hardin said. “That, I think, has hurt maybe more than a lot of the other aspects.”

In October, because of rising COVID-19 cases, the Episcopal Diocese of Central New York, which Trinity is a member, shut down in-person services again.

“We haven’t been able to share communion for a long time,” the Rev. Payne-Hardin said. “We were able to do it again when we got back together. One thing that our tradition offers us is, if we haven’t been able to feast on the Holy Eucharist, the Holy Communion together, we feast on the word, if you will, meaning the Bible and prayers. I try to encourage my people in that way.”

The Rev. Payne-Hardin began her duties at Trinity on June 1, 2019, and previously had served as associate rector and curate at St. Andrew’s Episcopal Church, Panama City, Fla. Before attending seminary, she worked for nearly 20 years in public service as a communications director and trainer in public health, community redevelopment and disaster response. Her public health colleagues kept her informed on the early developments of COVID-19.

“The pandemic has given us these ways to figure out ways we can consistently connect with our congregation, how we connect to Watertown, what we may be able to do for Watertown that could be helpful,” she said.

Trinity’s “Monday-Friday Prayers at Noon” on Facebook is a popular connection with church-goers outside the parish.

“That’s been a partnership with the (Trinity Episcopal) church in Lowville and it’s led completely by our laity,” the Rev. Payne-Hardin said. “Friends and relatives tune in from Florida and England and Ives Hill and Tug Hill.”

On March 9, Trinity officials in Watertown decided that in-person church services will resume Sunday, March 21. They will be held at 10:30 a.m. each Sunday.

“Hopefully the spring break effect won’t be too difficult and we could even have Easter inside the church,” the Rev. Payne-Hardin said.

She noted that the Bishop of the Episcopal Diocese of Central New York has told its member churches that their online, interactive initiatives must continue post-pandemic.

“I do think the world has become more small in some ways,” the Rev. Payne-Hardin said.