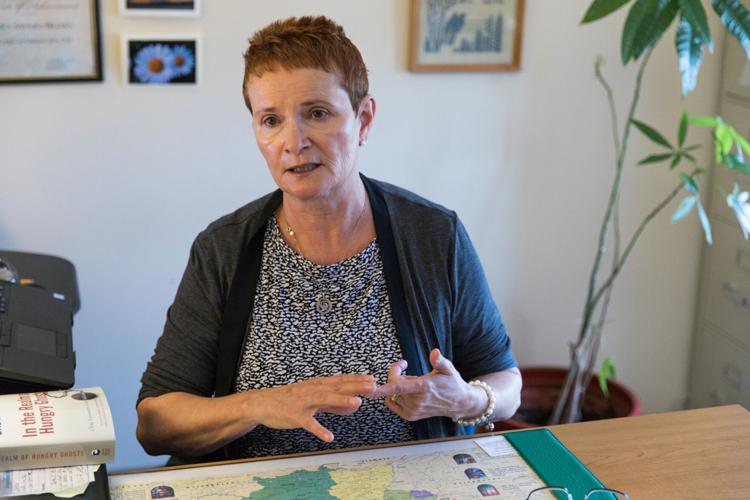 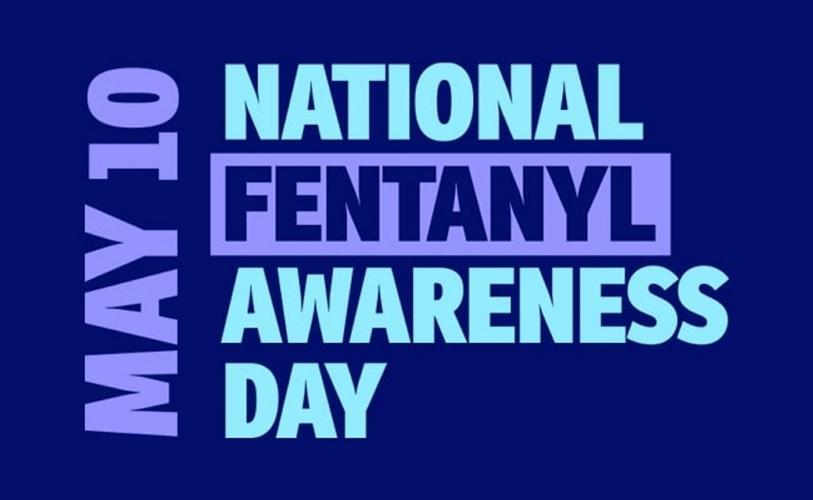 Anita K. Seefried-Brown, project director for the Alliance for Better Communities, didn’t even know about it until Monday, but she quickly took the opportunity to raise local awareness about the fentanyl problem and the alarming rate at which deaths related to the drug are occurring.

Fentanyl is a powerful and often deadly synthetic drug that is 50 times stronger than heroin and 100 times stronger than morphine. Many people have lost their lives to it unintentionally. National Fentanyl Awareness Day was founded by parents who have lost loved ones due to the drug and hope to save other families from the same fate.

“I think it’s a wonderful idea to dedicate a particular day to National Fentanyl Awareness, simply because fentanyl has been the leading cause of death over several years now,” Mrs. Seefried-Brown said. “In April of this year, we reached the milestone of more than 100,000 overdose deaths and fentanyl again on the national level was the leading cause of death. And when I looked at the statistics for Jefferson County, sadly, Jefferson County opioid-related deaths are led by fentanyl as well.”

While fentanyl and/or its analogs were rarely found in lethal toxicology reports between 2000 and 2015, fentanyl and/or analogs were present in more than 60% of overdose death toxicology reports between 2016 to present, according to the Jefferson County Medical Examiner’s Office. According to the Centers for Disease Control, fentanyl analogs such as acetylfentanyl, furanylfentanyl and carfentanil are similar in chemical structure to fentanyl, but not routinely detected because specialized toxicology testing is required.

A total of 145 people lost their lives from 2016 to the present due to substance use overdoses, with 104 of the deaths caused by opioids, according to the Alliance. Of those 104, 93, or 89.4%, were due to fentanyl and/or analog poisoning.

“What we need to educate the community about is that teens and young adults, they order prescription medications online,” Mrs. Seefried-Brown said. “Now that is a very interesting development, because the pills look exactly like the real deal, but in fact are fake pills. They are pressed and edged to look like the real Oxycontin, the real Xanax pill, and in 40% of the cases of those fake pills, they are adulterated with fentanyl.”

She noted that parents are bewildered that their kids and adolescents who had never been involved with using drugs regularly all of a sudden are dying of fentanyl poisoning, and organizations need to get the word out to communities that these fake pills exist. They’re easily available by ordering online, there are hardly any restrictions for ordering the medications, and they can be fatal the first time they’re used.

The Alliance for Better Communities has worked tirelessly to address the opioid crisis in Jefferson County. The organization conducts community outreach and engagement events in various neighborhoods and provides Safe Medicine Lock Boxes and Deterra bags, environmentally friendly drug deactivation systems for unused or expired medications. In collaboration with community partners, the organization provides Narcan training for overdose reversals and Harm Reduction Kits, which include fentanyl testing strips that can be used to test for the substance’s presence in other recreational drugs and potentially save a user from an unintended overdose.

“It’s easy, it helps save lives,” Mrs. Seefried-Brown said of the testing. “It empowers the user and we’re talking about two different audiences — one audience is the adolescent and young adult population who are ordering online, receiving fake pills that can cost them their lives, and the other audience is people with substance use disorders and who would benefit from being able to test the substance they’re about to use by using the fentanyl testing strips.”

If the fentanyl testing strips indicate that fentanyl is in fact present, that empowers the person to make different choices. Mrs. Seefried-Brown said harm reduction at its best is to reduce the risk of death while also providing avenues toward treatment and recovery, and treatment and recovery can only be offered to individuals who are still alive, which is why harm reduction is such an important tool in the toolkit.

— Visit the Alliance on the third floor of the Marcy Building, 167 Polk Street, Suite 320

— Ask a local police officer or sheriff out on patrol for a kit with no questions asked, no records kept

To receive a free Safe Medicine Lock, Deterra bags or Narcan training, contact the Alliance at (315) 788-4660 or via Facebook at www.facebook.com/allianceforbettercommunities.