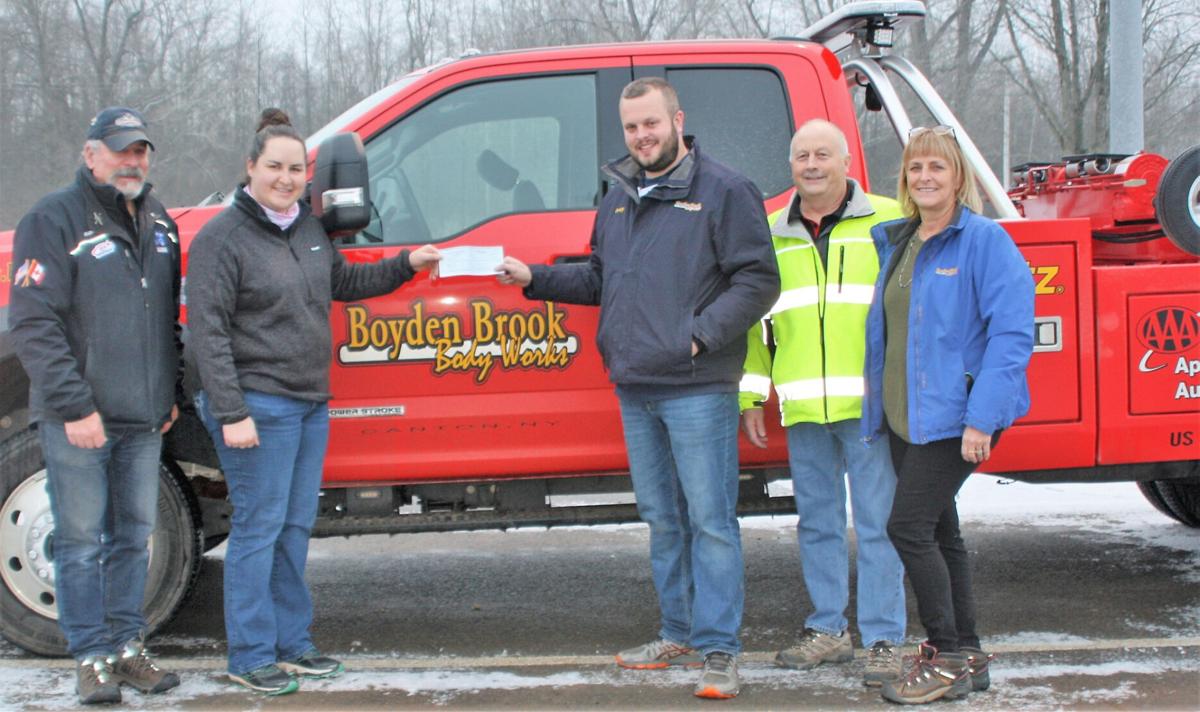 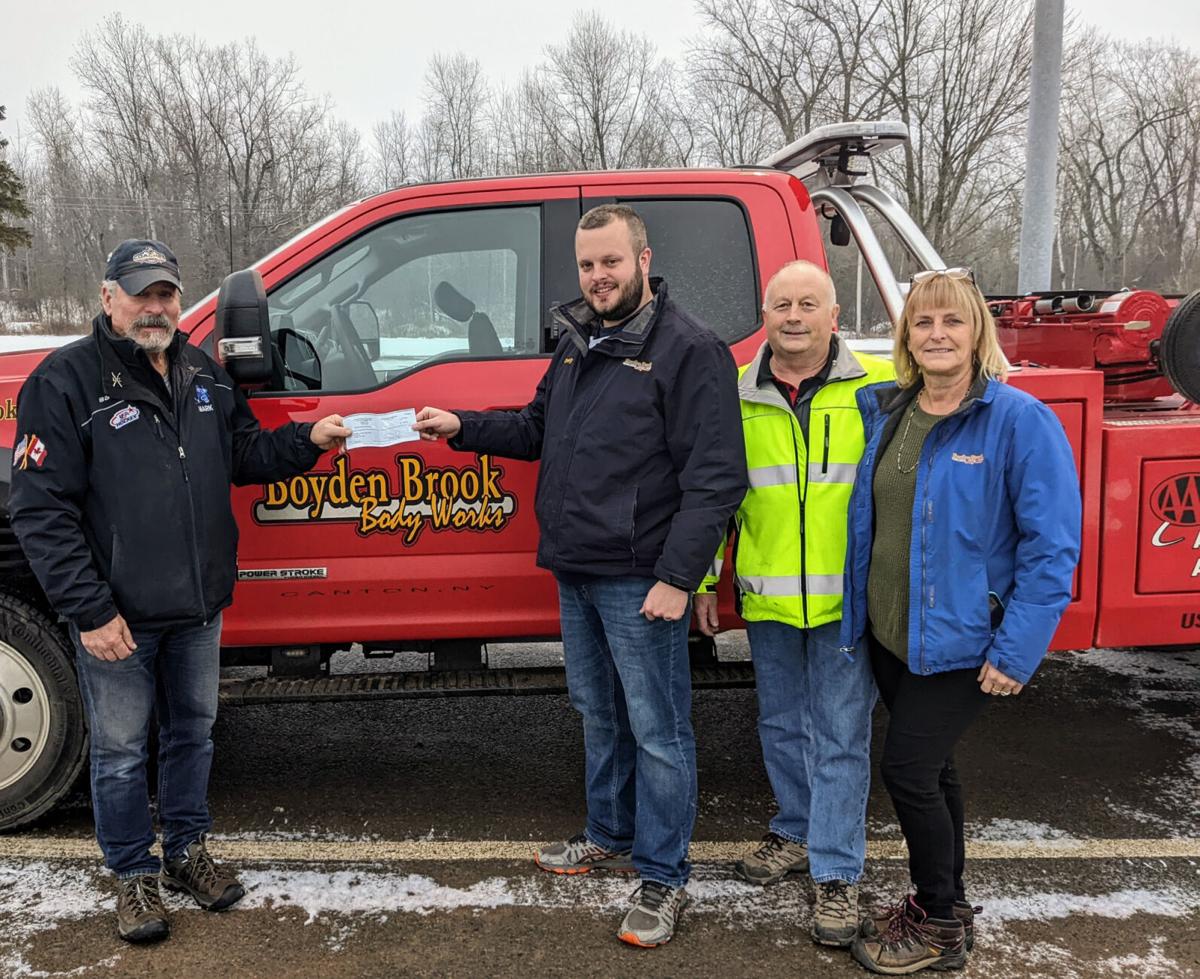 CANTON — The owners of Boyden Brook Body Works, 159 Meade Road, have issued a challenge to other Canton area business to support the effort to install an adaptive kayak launch at Taylor Park.

Pam Rose, Jim Rose and Craig Coffey, of Boyden Brook Body Works, delivered two $1,000 checks on Saturday to Mark J. McKenna, who is leading the effort to install the launch.

“We are going to see if we can get other businesses to donate,” Ms. Rose said while presenting the checks at the Canton Pavilion.

The first check is going toward the launch, while the second will benefit the Wounded Warriors Sled Hockey team, another endeavor of Mr. McKenna.

About half of the $46,000 needed for the kayak launch has been raised, Mr. McKenna said.

The plan is to have the facility installed in time for the annual Rushton Canoe Races which will be marking its 60th rendition this spring.

Right now, the site at Taylor Park has a concrete slab installed at the waterline, to which the dock will be attached on land.

The proposed launch, designed with the Americans with Disabilities Act in mind, would have a roller system to ease kayaks into and out of the Grasse River, and would be equipped with a transfer bench that looks like a long, shallow flight of stairs.

Residents who want to donate money for the launch can deliver checks to the Canton Town Office, 60 Main St. with “ADA canoe launch” on the memo line.

Any money raised beyond what is needed for the launch will support making bathrooms at Taylor Park ADA-compliant.

Mr. McKenna said he would like to see the launch named for J.H. Rushton, who began building the famous Rushton canoes in Canton in 1875.