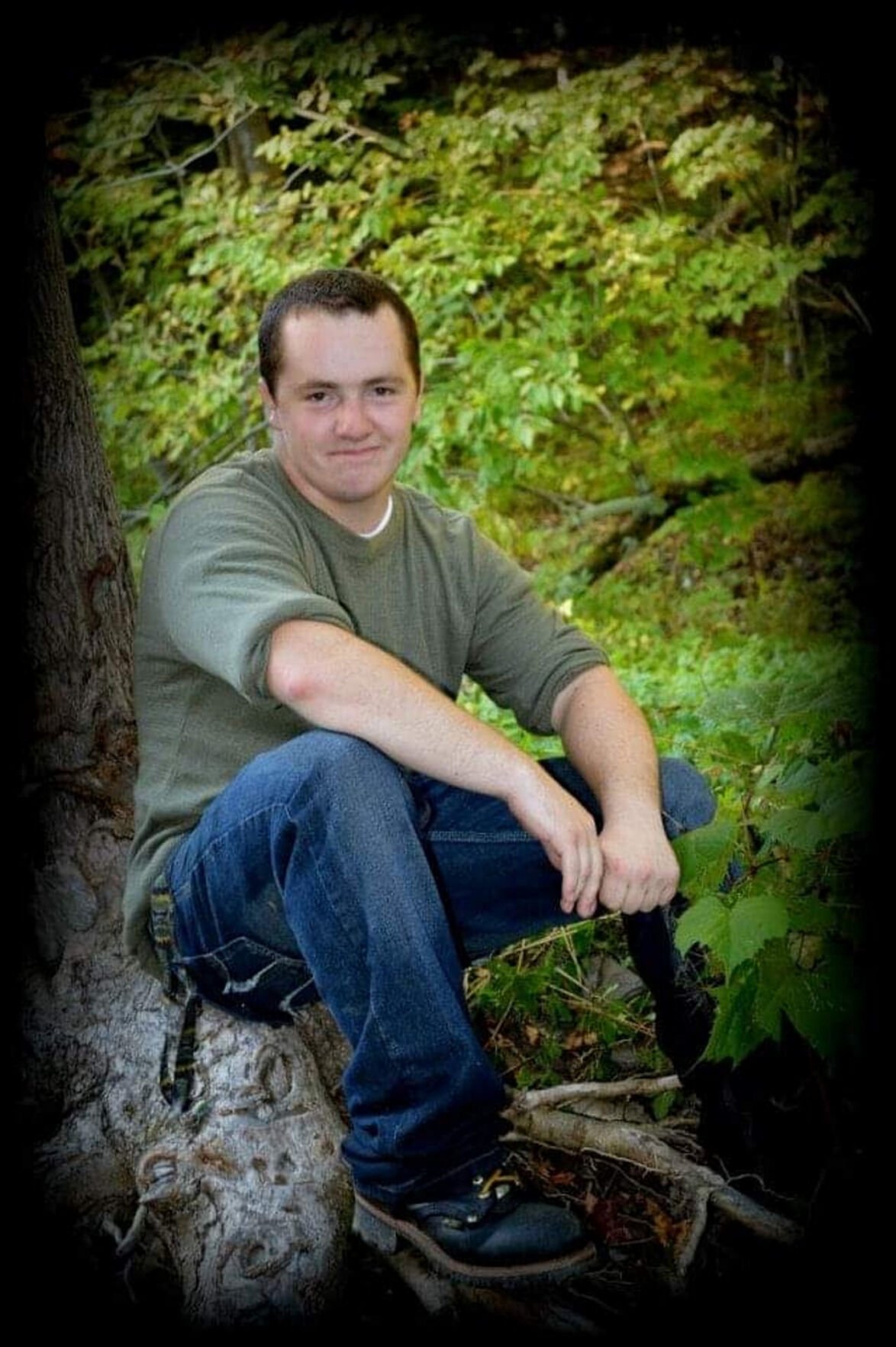 Kyle Whiting, 26, was scheduled to be married this Saturday. Instead, he’s fighting for his life in the ICU after testing positive for COVID-19. Provided photo 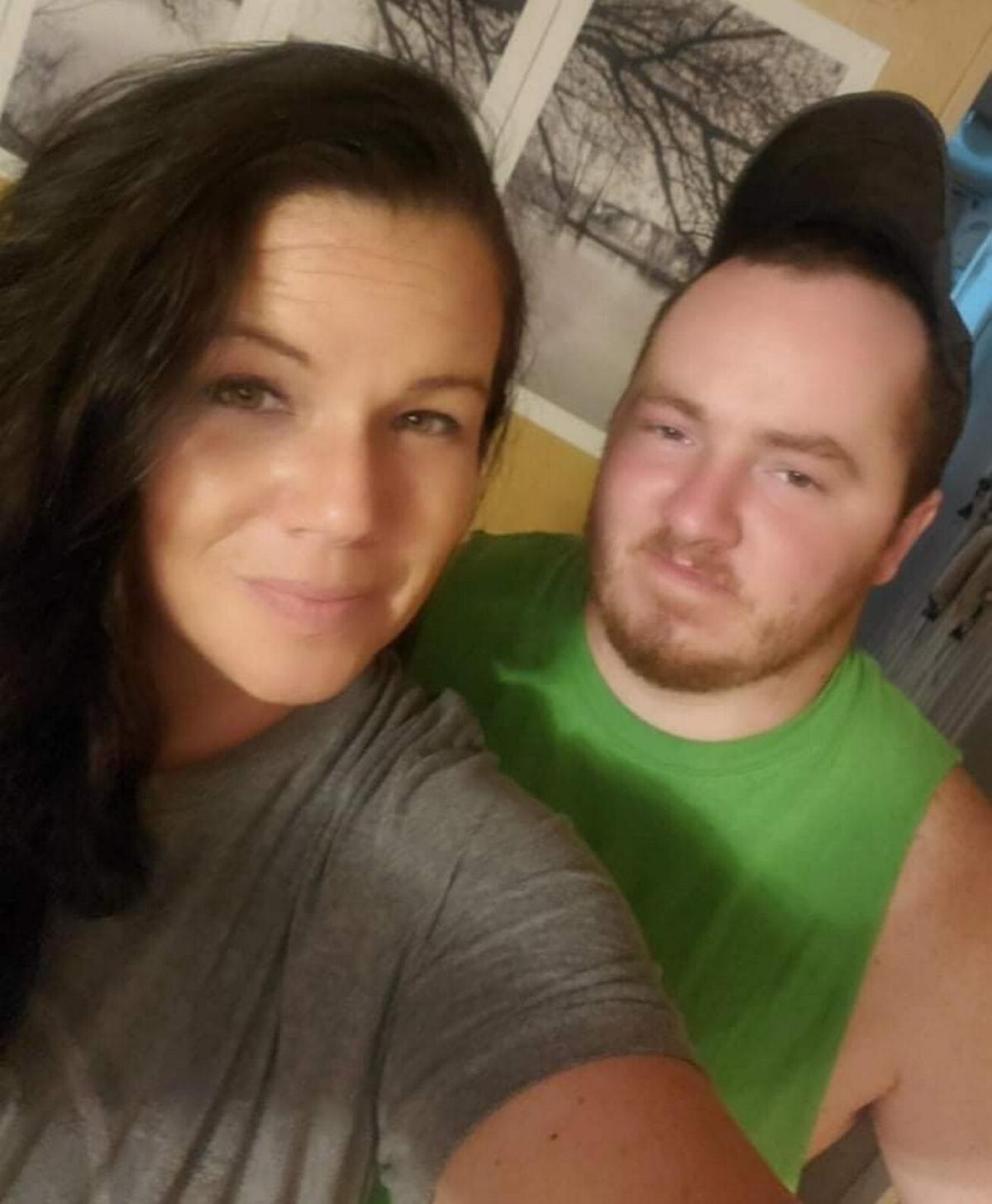 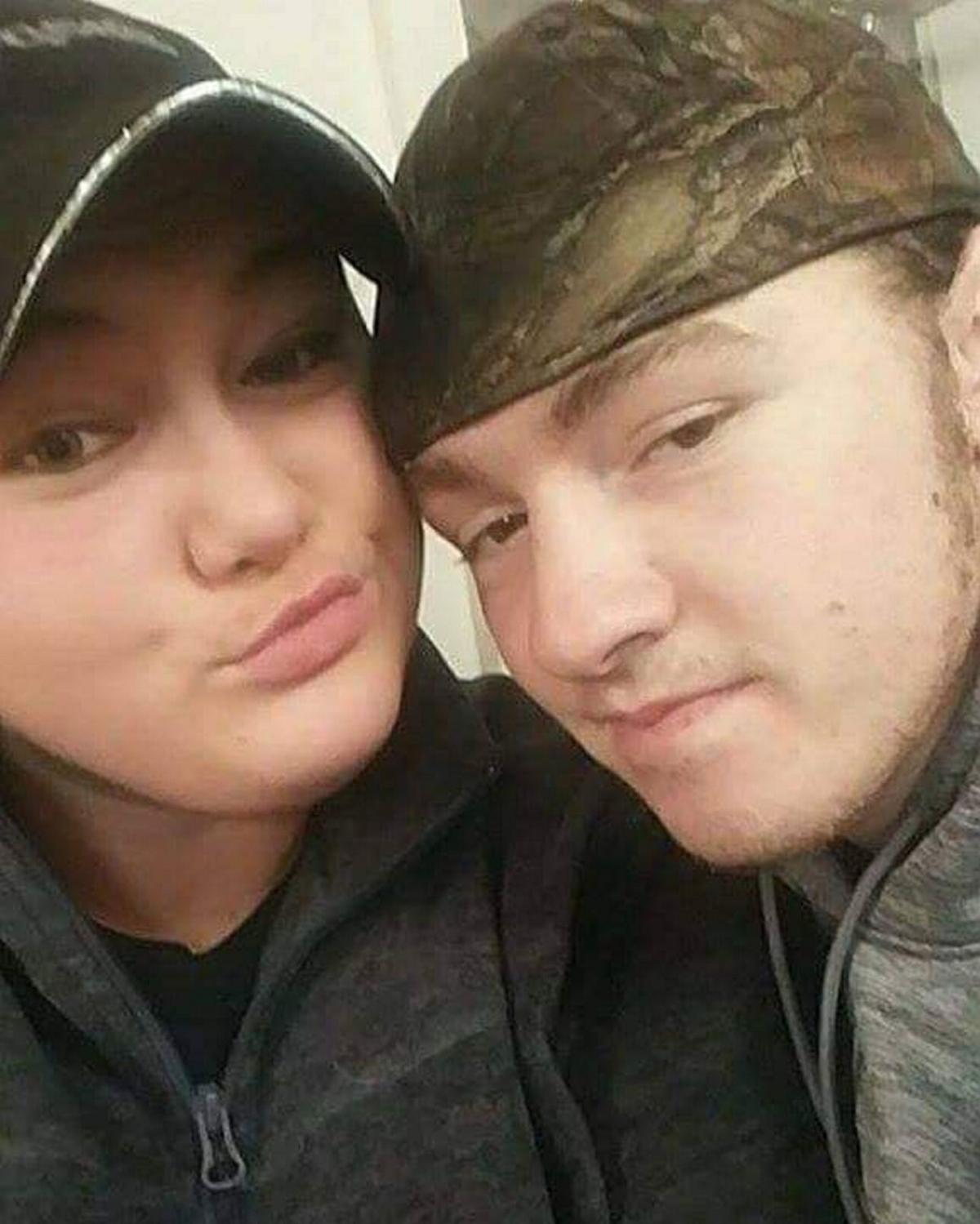 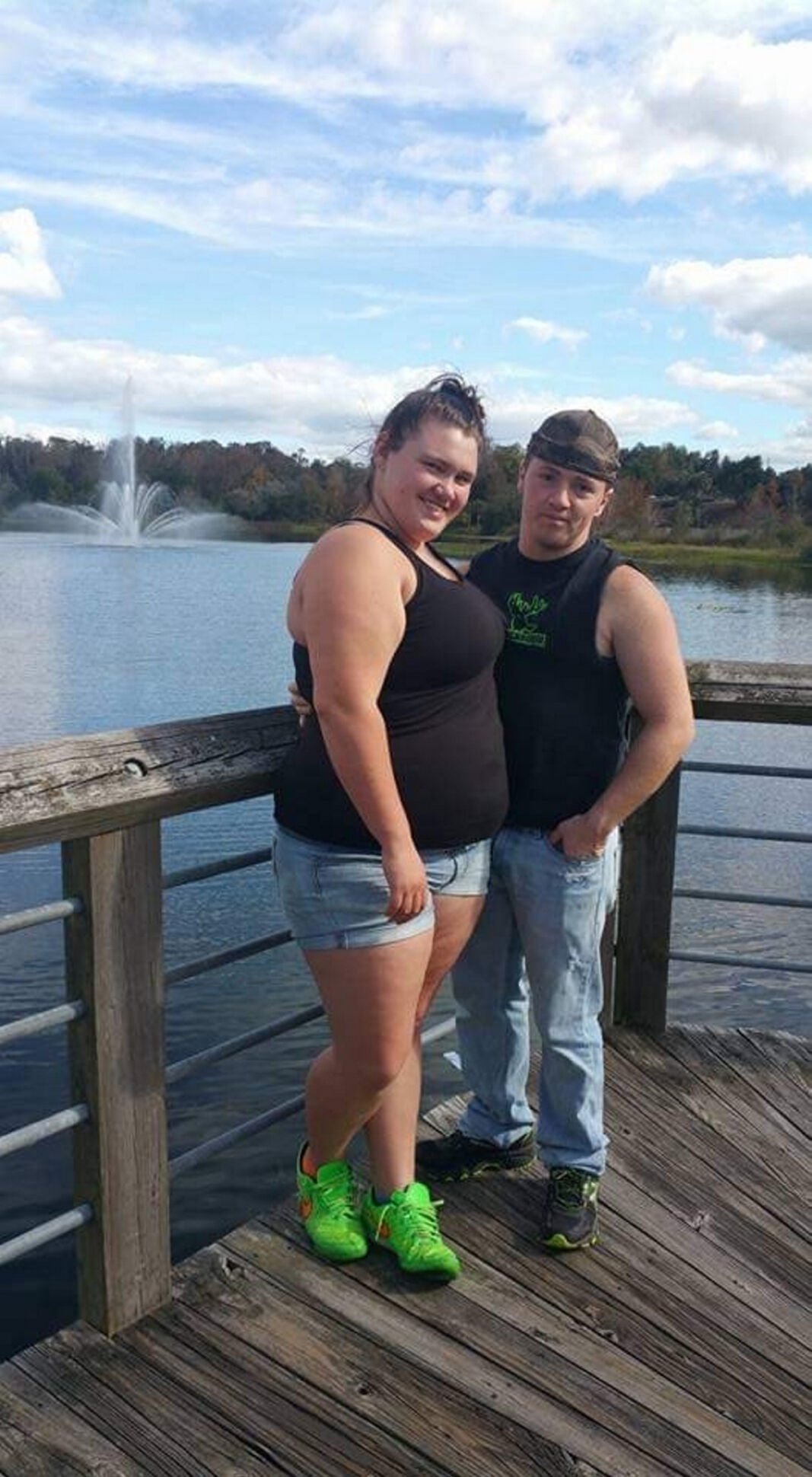 Kyle Whiting, 26, was scheduled to be married this Saturday. Instead, he’s fighting for his life in the ICU after testing positive for COVID-19. Provided photo

CLAYTON — Kyle Whiting is on the highest form of life support just days before his wedding.

Mr. Whiting’s battle with COVID-19 progressed to the point where he now has a 1 in 5 chance of living.

Mr. Whiting, 26, grew up in Adams and now lives in Clayton with his fiancée, Reba Gushlaw. They’ve been planning, saving and waiting for the last year to get married. The wedding was set for Saturday, but five days before the ceremony, Mr. Whiting was placed on an ECMO machine.

An ECMO, which stands for extracorporeal membrane oxygenation, will oxygenate blood from outside the body and then pump it back in. It’s often described as a way to give a body a break. Instead of getting married to Ms. Gushlaw on her family’s farm, Mr. Whiting had graduated from a ventilator to a machine oxygenating his blood for him. He’s fighting for his life, while his family is counting on his attendance Saturday. Mr. Whiting wasn’t vaccinated, and now his mother is hoping to help others by sharing his battle with a COVID-19 variant.

“They have not given us much hope,” said his mother, Shalene Whiting. “Some are saying he could recover, and others are straight out telling me I’ve never seen somebody this bad recover. His ICU doctor said he has COVID as bad as COVID can get.”

Mr. Whiting grew up going to South Jefferson High School before he moved to Clayton after graduation. He now works at a redemption center there, and he’s been with Ms. Gushlaw for about five years. They knew of each other growing up, but it wasn’t until after high school when they started talking. She remembers going to pick him up for the first time in Clayton, and he tripped on his boot lace as she drove up to him.

“His face was beet red when he got in my car,” Ms. Gushlaw said. “He was very shy, but he has opened up so much in the last five years we’ve been together. We laugh about it now.”

He went to River Hospital in Alexandria Bay a few days later, but his vitals were normal. His oxygen level was at 98%, which is normal. It only took two more days for his oxygen level to plummet to 47%. Anything below 60% is considered very low.

Ms. Gushlaw took him back to River Hospital and his body temperature was at around 103 degrees. He was put on supplemental oxygen, steroids and antibiotics immediately. X-Rays showed a complete whiteout on his lungs, which is when the black of the lung is replaced by a white color, indicating that not enough air is flowing through and that an advanced stage of COVID-19 is taking hold.

Mr. Whiting’s mother said they immediately started looking for ICUs for her son. Everywhere local was booked, so they were able to find a bed at St. Joseph’s Hospital Health Center in Syracuse. Mr. Whiting was in a room on a COVID-designated floor. His family visited him, but it was through glass talking over the phone.

“It was better than not seeing him,” his mom said. “I was very grateful that we could do that. He was having a very rough time being all alone.”

The isolation was affecting Mr. Whiting. His mother said he would call her in the middle of the night after nurses didn’t respond to his calls. She doesn’t blame the inundated staff, but it was almost helpless for her as she thought about her son alone in a sick wing.

“He was having a very rough time being all alone,” Mrs. Whiting said. “When you can’t breathe and someone’s not coming to help you when you’re in a room all by yourself, it’s scary.”

Mr. Whiting’s oxygen levels continued to decline to the point that doctors wanted to intubate him before he started crashing. Mrs. Whiting, who could only visit at certain hours, remembers a physician’s assistant calling and telling her they couldn’t wait to intubate. She asked them to wait so she could get there and speak with him. They told her they couldn’t wait, so they let her and his fiancée speak with him.

“I wanted to be there because he was scared,” Mrs. Whiting said. “He was so strong about it, though. His last words were ‘Mom, they’re going to put me to sleep now so I can rest.’ He sounded so calm and collected. I was holding it in. I didn’t want to cry.”

She told him to get the rest he needs to heal and come back, and that has been their last exchange since then.

On Monday morning, the hospital called to ask about placing him on the ECMO machine, which can be more useful than him being intubated.

“They are far and few,” she said. “Kyle happened to be lucky to have that one available in the hospital he was in because people have had to travel across the country to get an ECMO.”

Mr. Whiting had been on the ECMO for more than a day as of Tuesday, and it was likely that he would be on it for 10 days at least. His mom and fiancée and siblings can now enter his room and hold his hand.

“He doesn’t feel it but they tell us that he can hear us,” his fiancée said, “and that makes it better to handle.”

Mrs. Whiting said her son has no underlying conditions, and that doctors told her he was the youngest patient on the ECMO machine they’ve had.

“He has a 1 in 5 chance of coming out of that machine,” she said, “but he is also the youngest and healthiest they have had. There’s still hope.”

All things considered, Mr. Whiting’s time on the ECMO so far has gone well, his mother said. His kidneys are doing better and they have turned down the ventilator a bit, she said.

As medical and daily travel bills to the hospital mount, a GoFundMe has been started and can be found here.

“I go in there every day and I talk to him and tell him we’re all waiting and you gotta do this,” Mrs. Whiting said. “He’s my baby. I’m not giving up.”

And in the meantime, Mr. Whiting has a wedding to make.

“Everybody tells him they are praying for him and that he has a wedding to get to and he’s not going to get out of it,” his fiancée said. “We’re going to get through it and just go on with it.”

4th paragraph: Mr. Whiting wasn’t vaccinated, and now his mother is hoping to help others by sharing his battle with a COVID-19 variant.

That’s really sad especially in someone so young. I didn’t realize the ICUs were as full as they apparently are.

Any reader in divided America today will ask the question: was this 26-year-old Covid patient vaccinated or not? Yet it is not answered in the article.