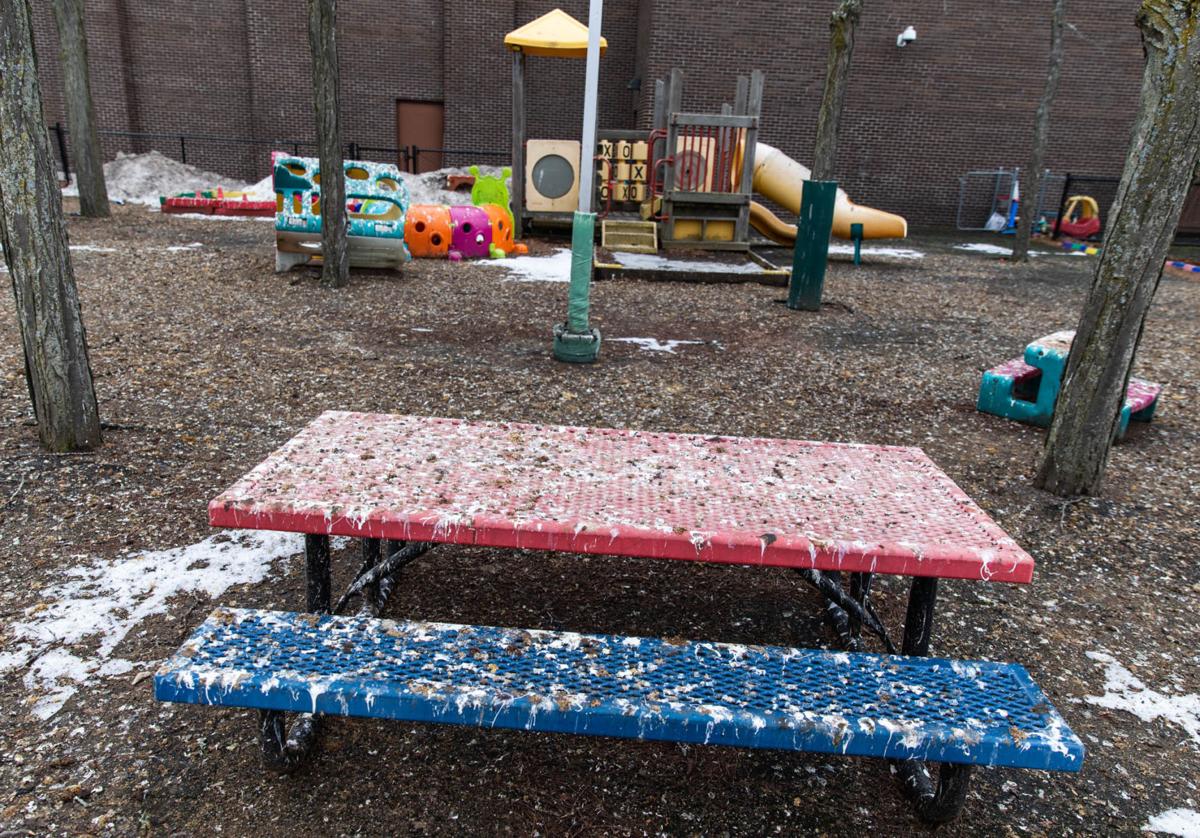 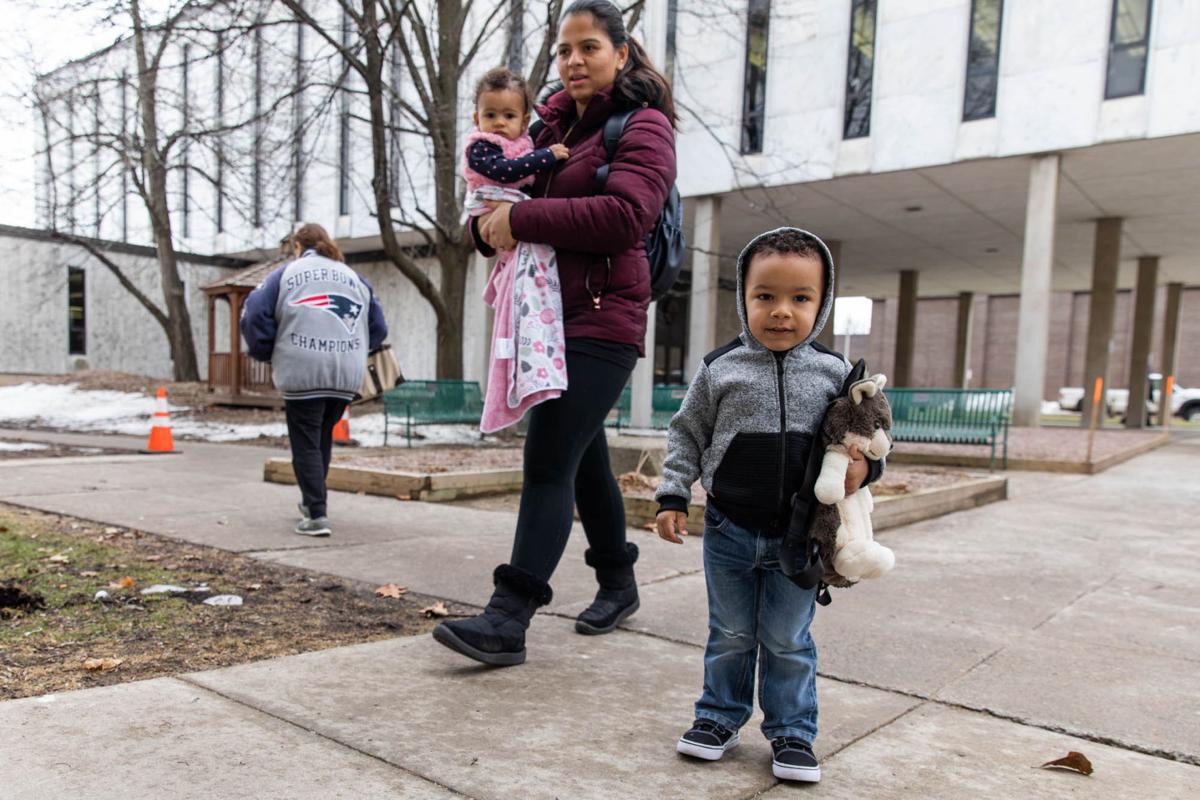 Edward Tee, 2, of Watertown, right, walks into the Flower Memorial Library in Watertown on Wednesday morning with his mother before the start of children's story time. The sidewalk leading into the library had to be pressure washed Tuesday due to the amount of crow droppings covering the sidewalk. Sydney Schaefer/Watertown Daily Times 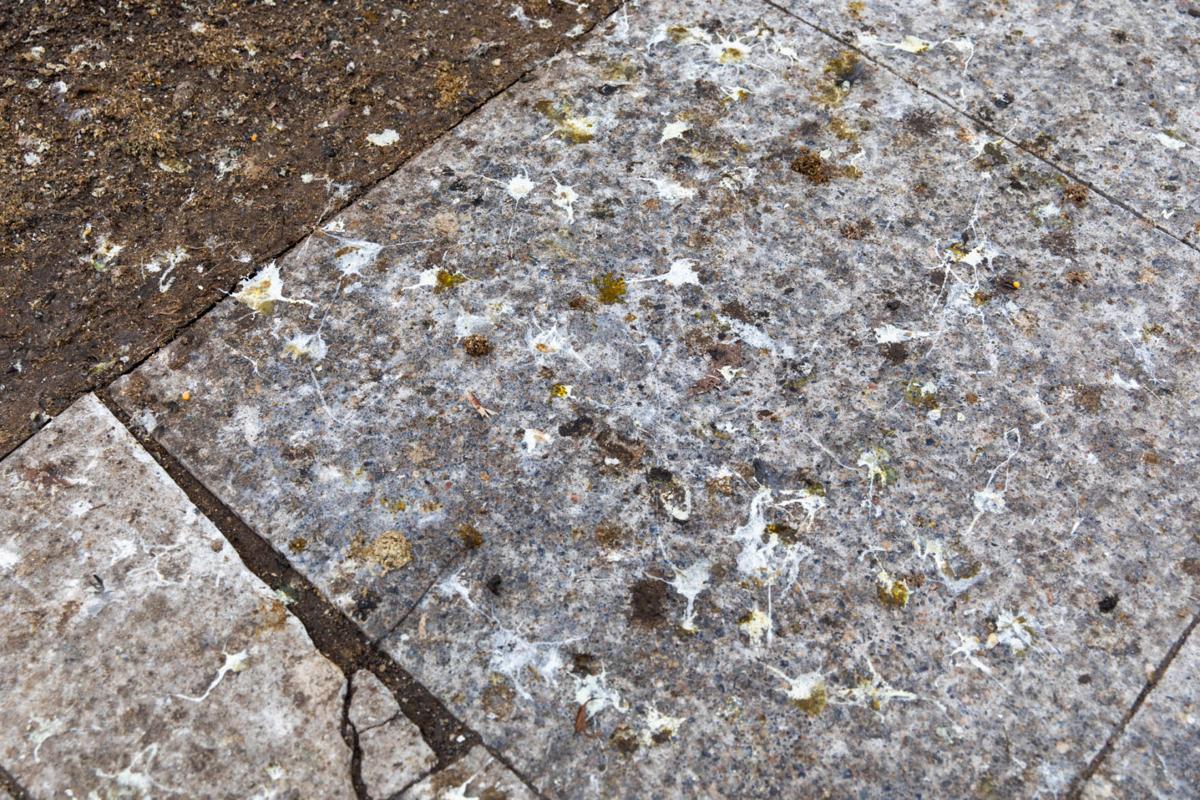 Crow droppings cover the sidewalk leading to the side entrance of the Flower Memorial Library in Watertown. Sydney Schaefer/Watertown Daily Times 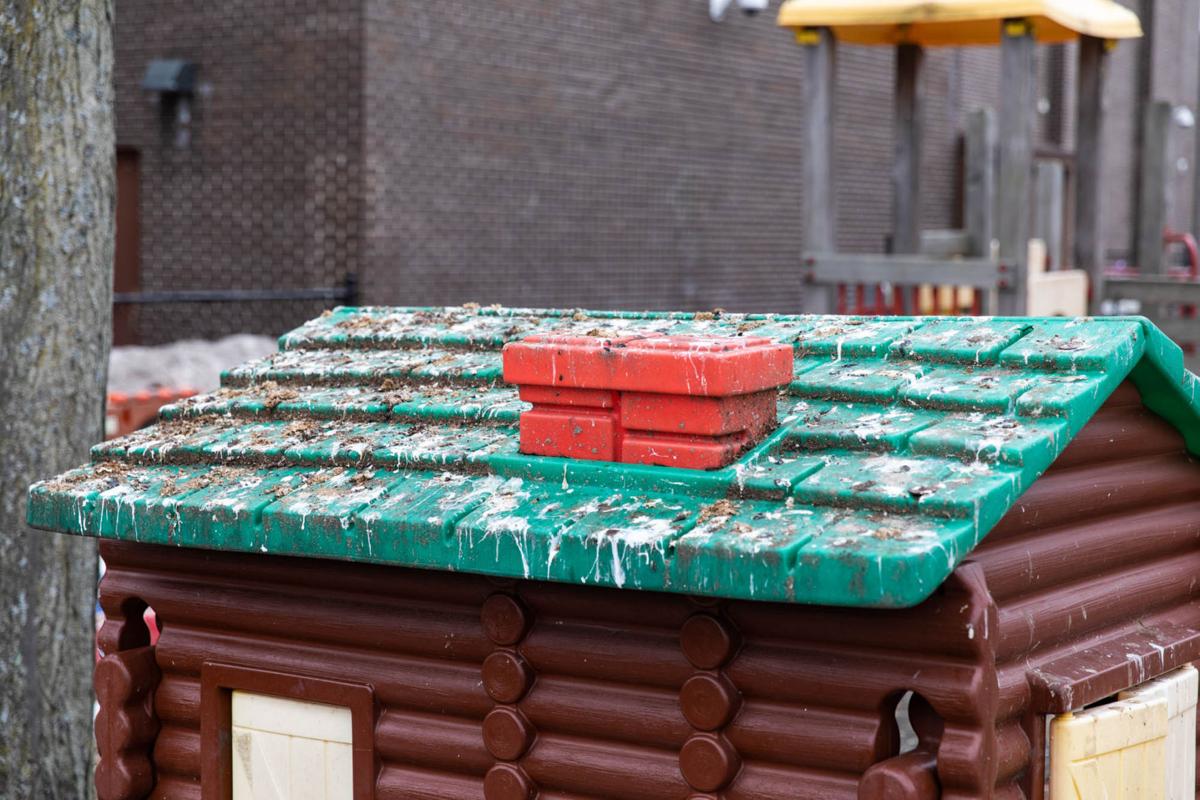 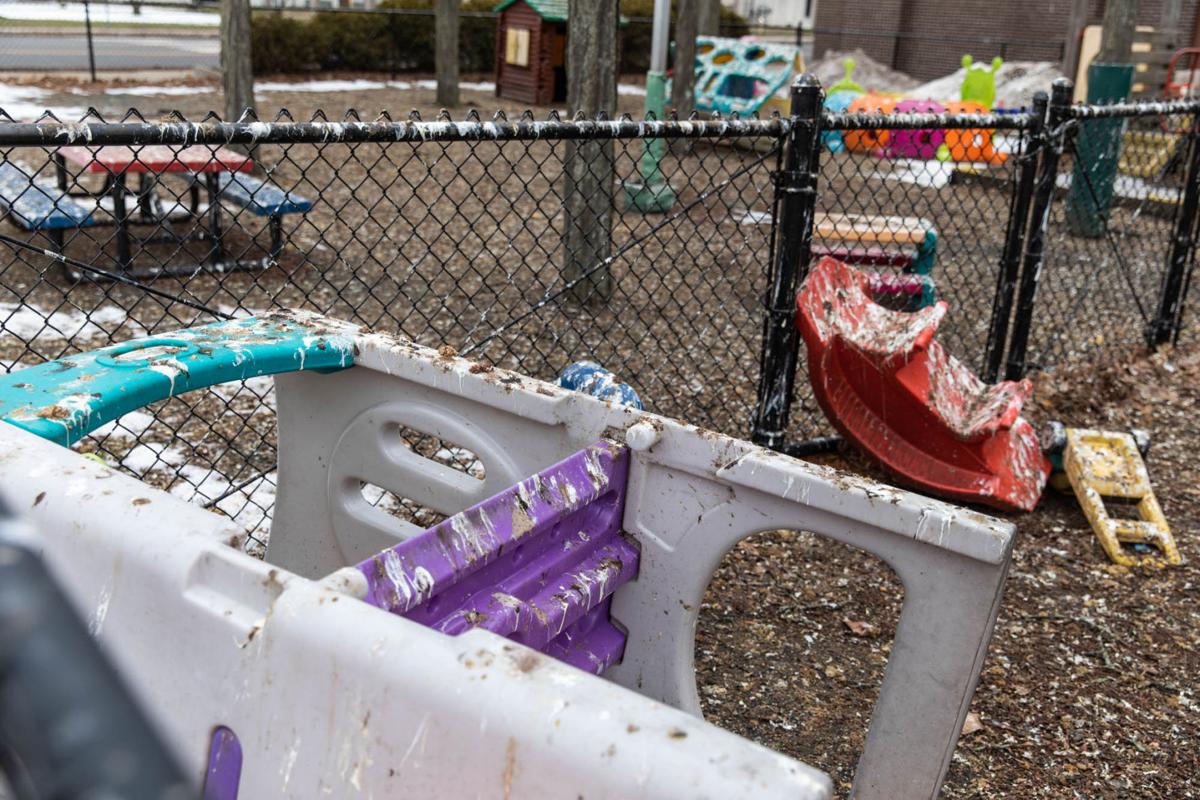 Edward Tee, 2, of Watertown, right, walks into the Flower Memorial Library in Watertown on Wednesday morning with his mother before the start of children's story time. The sidewalk leading into the library had to be pressure washed Tuesday due to the amount of crow droppings covering the sidewalk. Sydney Schaefer/Watertown Daily Times

Crow droppings cover the sidewalk leading to the side entrance of the Flower Memorial Library in Watertown. Sydney Schaefer/Watertown Daily Times

WATERTOWN — Adriana Sevilla has to carry her two young children in her arms to get into the Flower Memorial Library because she’s worried about the sidewalk covered with crow droppings.

Mrs. Sevilla puts Edward, 2, in one arm and Gemma, 1, in the other as she tries to avoid the crow poop herself.

She doesn’t want her son’s shoes to get the gobs of whitish crow poop that’s splattered all over the sidewalks when they attend Story Time four times a week at the library.

Parents and grandparents say they have concerns about the health risks and general messiness of the situation.

There are health risks associated with crow droppings. According to the website, CrowBeGone, bacteria, fungal agents and parasites in crow feces are “a very serious health risk.” Crows are scavengers and eat a wide variety of things such as insects, frogs, lizards, eggs, mice and any injured animal or carcass of a dead animal.

Earlier this week, it got to be “real bad” when about a half-inch of thick goo excrement covered the sidewalks and a couple of benches that sit in front of the building’s entrance.

The crows are back. This video of crow droppings in the city was sent to us by reader Jordan Rodriguez. The video was taken this week behind the Jefferson County Historical Society in Watertown. "Way more crows came after the hazing," Ms. Rodriguez wrote in a Facebook message. pic.twitter.com/EAQHuTifKJ

And it’s difficult to clean up, she said.

The city’s maintenance staff has to wait until the weather cooperates before the dried or near frozen excrement can be removed. With warmer temperatures on Tuesday, the city workers armed themselves with brooms to scrape the droppings.

Then they used a pressure washer to spray the poop off the sidewalks. It worked pretty well — until the crows returned to the northern Washington Street area on Tuesday night and left more droppings.

Yet Christina Slattery noticed the sidewalks looked cleaner than normal when she brought two of her toddler-aged children to Story Time on Wednesday morning.

Over at the Dulles State Office Building, the crow droppings have caused so much havoc that the children at First Step Day Care can’t even go outside to play on the playground there until spring.

They’ve stayed indoors all winter because the playground equipment is inundated with crow excrement and because of concerns about the associated health risks of the children coming in contact with it, day care executive director Elizabeth Zehr said.

According to state Office of Children and Family Services regulations, the day care facility could face violations if the center allows children to be near unsanitized conditions, she said.

She’s talked to state office building officials about the issue, but it won’t be until this spring when the playground gets the pressure water treatment to clean the equipment, she said.

It’s frustrating, she said, because children need to get outside for their mental and physical health, she said.

“I like the crows but something needs to be done,” she said, adding that the plaza outside the state office building also gets covered with excrement.

The city has been trying to do something about the crows all winter. They’ve sent out a consultant, Loomacres Wildlife Management, Warnerville, about eight times to haze the 10,000 to 15,000 crows that roost in and around downtown at night during the winter.

But the hazing hasn’t worked and the crows haven’t budged. Last week, the city had Loomacres shoot and kill 18 crows to move them out of downtown, with the idea that the dead birds laying on the ground would scare off their comrades.

After three nights of no crows, they came back in force on Tuesday, however. Thousands returned to roost in the trees around the Jefferson County Historical Society Museum and other nearby buildings along Washington Street.

The wildlife biologists will be back for at least one more night of hazing.

The folks at the library and day care hope that this time it will work.

Maybe they could put some kind of awning over the playground.