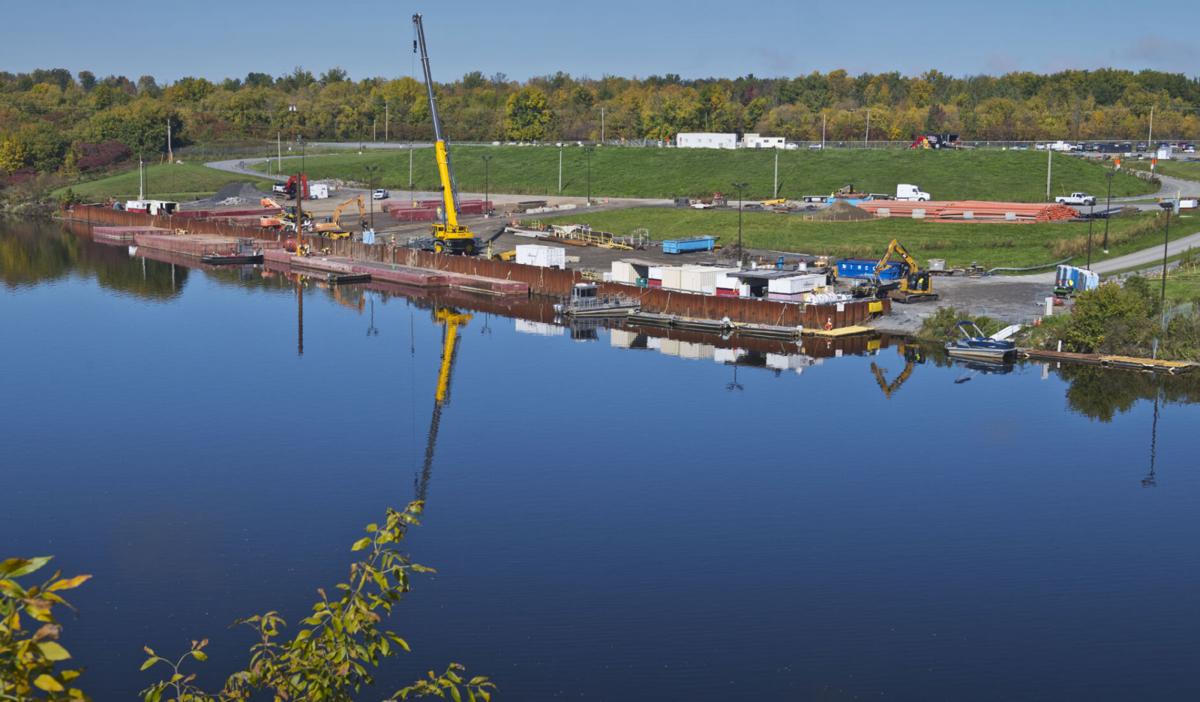 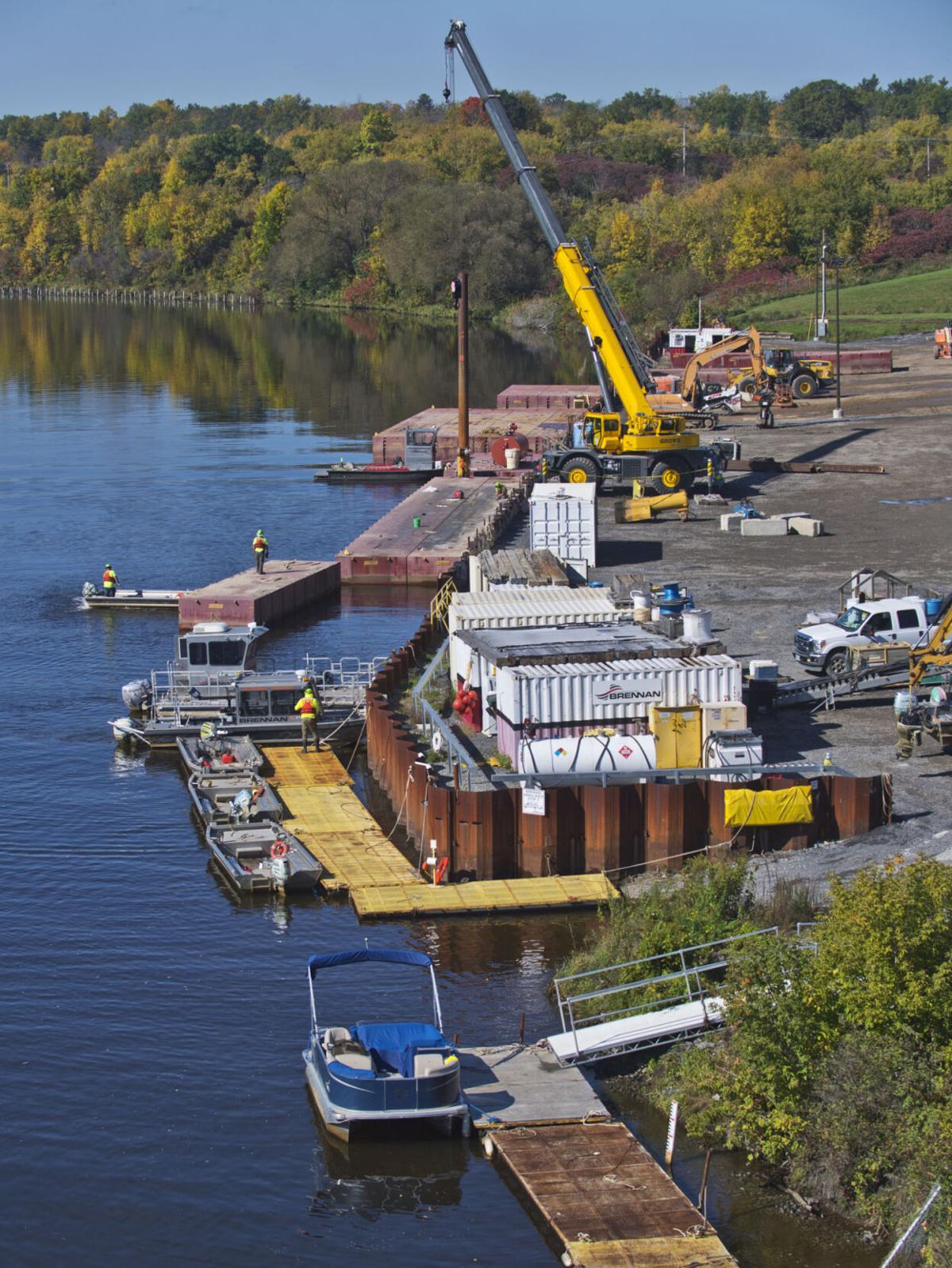 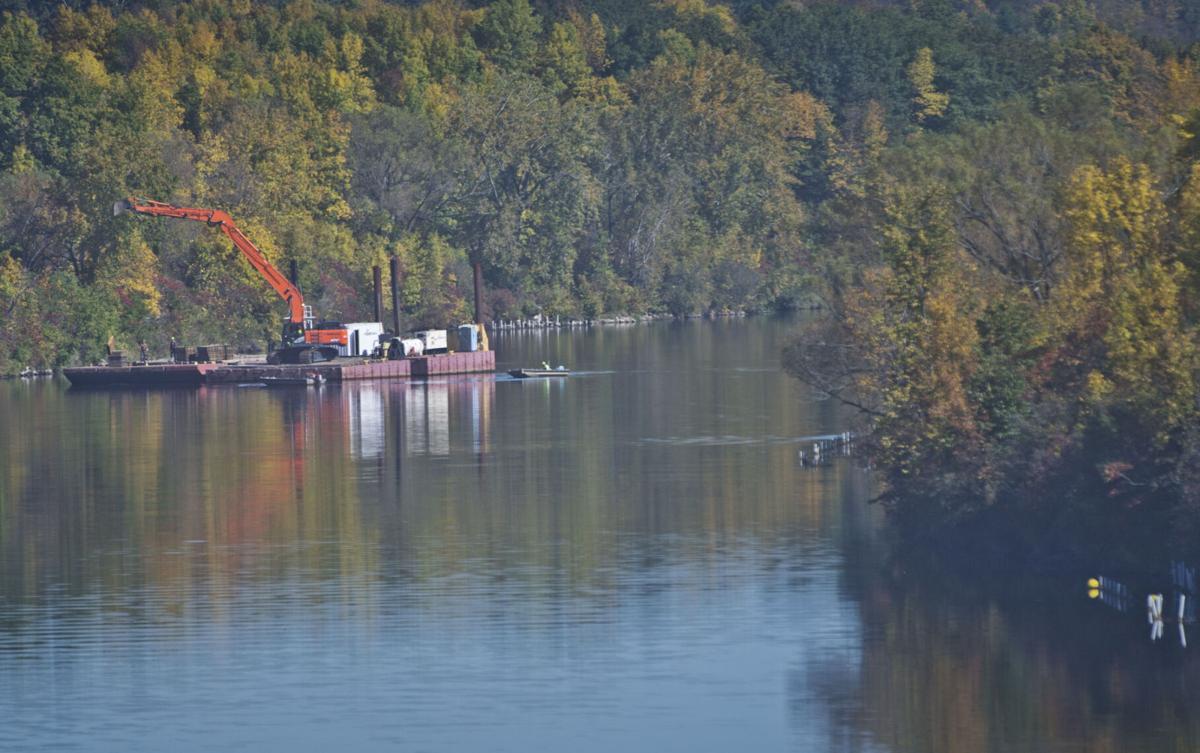 Workers operate a loader on a barge as remediation efforts continue on the Grasse River on Wednesday. Christopher Lenney/Watertown Daily Times

Workers operate a loader on a barge as remediation efforts continue on the Grasse River on Wednesday. Christopher Lenney/Watertown Daily Times

MASSENA — The U.S. Environmental Protection Agency is conducting a review of cleanup activities at the Grasse River Superfund site to make sure the implemented actions are functioning as intended and are protective of human health and the environment.

EPA officials said this will be the first five-year review of the cleanup activities at the Grasse River Superfund, also known as the Alcoa Aggregation Superfund site.

The purpose of the remediation project is to find the best way to eliminate potential risks associated with the lower seven miles of the river that were caused by historic use of polychlorinated biphenyl, PCB, at Arconic’s Massena West facility, formerly part of Alcoa Massena West.

In a September 2013 letter to the EPA, Alcoa Inc. confirmed its intent to design, implement, operate and maintain EPA’s April 2013 selected remedy for cleaning up the Grasse River Superfund site, as required by a unilateral administrative order issued in 1989. The selected remedy associated with the 1989 order included the removal of approximately 109,000 cubic yards of contaminated sediments from near shore areas in a 7.2-mile stretch of the Grasse River and capping of sediments in the river’s main channel.

In November 2016, Alcoa successfully separated into two companies — Alcoa Corp. and Arconic. Upon separation, the Massena West forgings and extrusions operation became part of Arconic, which assumed responsibility for the Grasse River remediation project under the Record of Decision issued by the EPA.

In August, EPA officials provided a review of actions that had been taken in 2021.

Capping resumed in April and was ongoing downstream of the Route 131 bridge to the Grasse River mouth. Capping included placing sand and carbon materials on the river bottom. The cap materials are stored and managed at the staging areas near Route 131 and Haverstock Road. Additional capping materials were scheduled to be placed over portions of the 2020 armored cap areas, upstream of Route 131.

Dredging was performed from May to June in a small area just downstream of Snug Harbor in coordination with the St. Lawrence Seaway Development Corp. to support use of the new tugboat. Dredged materials were processed at the staging area near Route 131 and disposed in a secure landfill. Placement of backfill material over portions of dredged areas on Snug Harbor is ongoing.

The project’s long-term monitoring plan requires fish, water and habitat monitoring to track the recovery of the river over time. Capped areas of the river bottom will also be monitored to ensure that the caps remain intact.

The EPA has prepared a public notice to let people know that the five-year review is underway, and to provide relevant contact information. These regular reviews, which are required by federal law when contaminants remain at a site, include inspecting the site and cleanup technologies; reviewing monitoring data, operating data and maintenance records; and determining if any new relevant regulatory requirements have been established since EPA’s original cleanup decision was finalized.

A summary of cleanup activities and an evaluation of the protectiveness of the implemented cleanup will be included in the five-year review report, which is expected to be available in early 2022, at wdt.me/GrasseRiverReport.