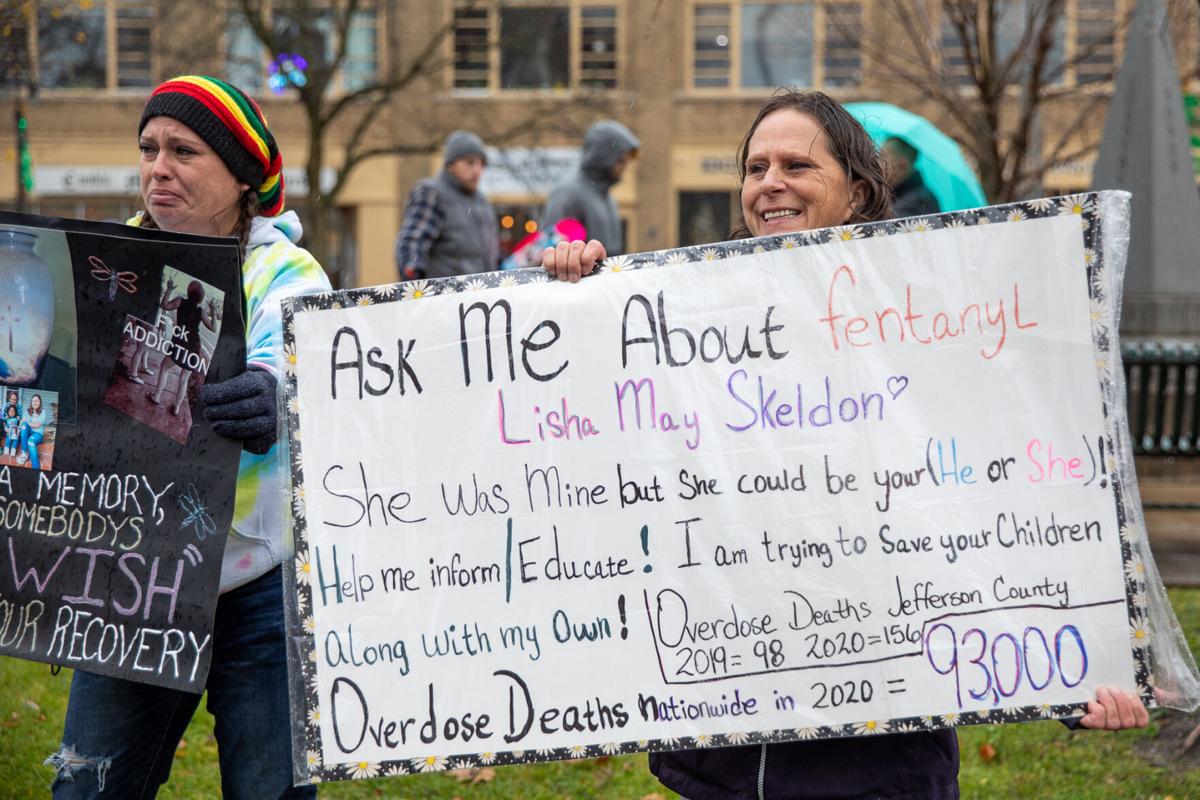 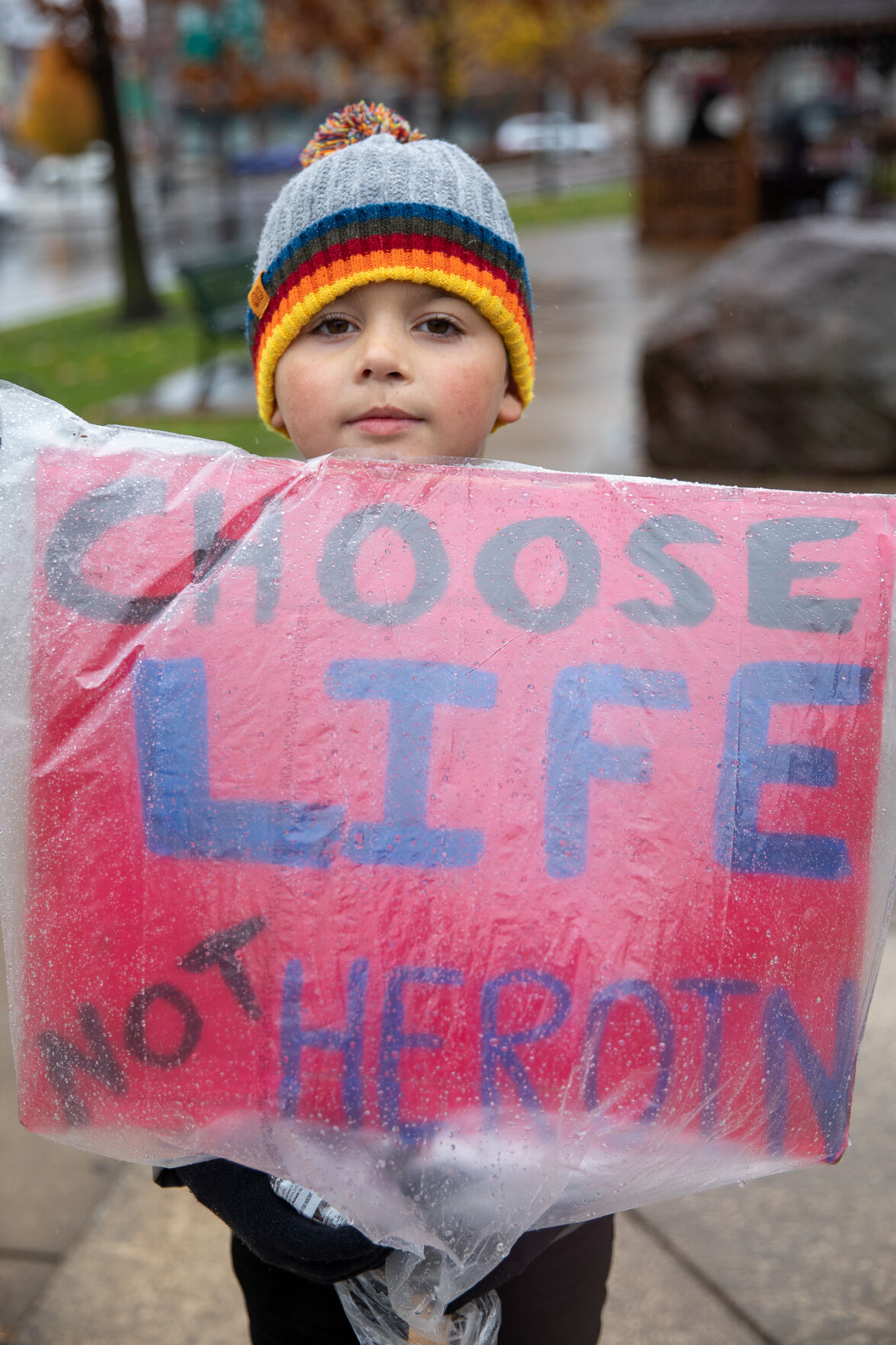 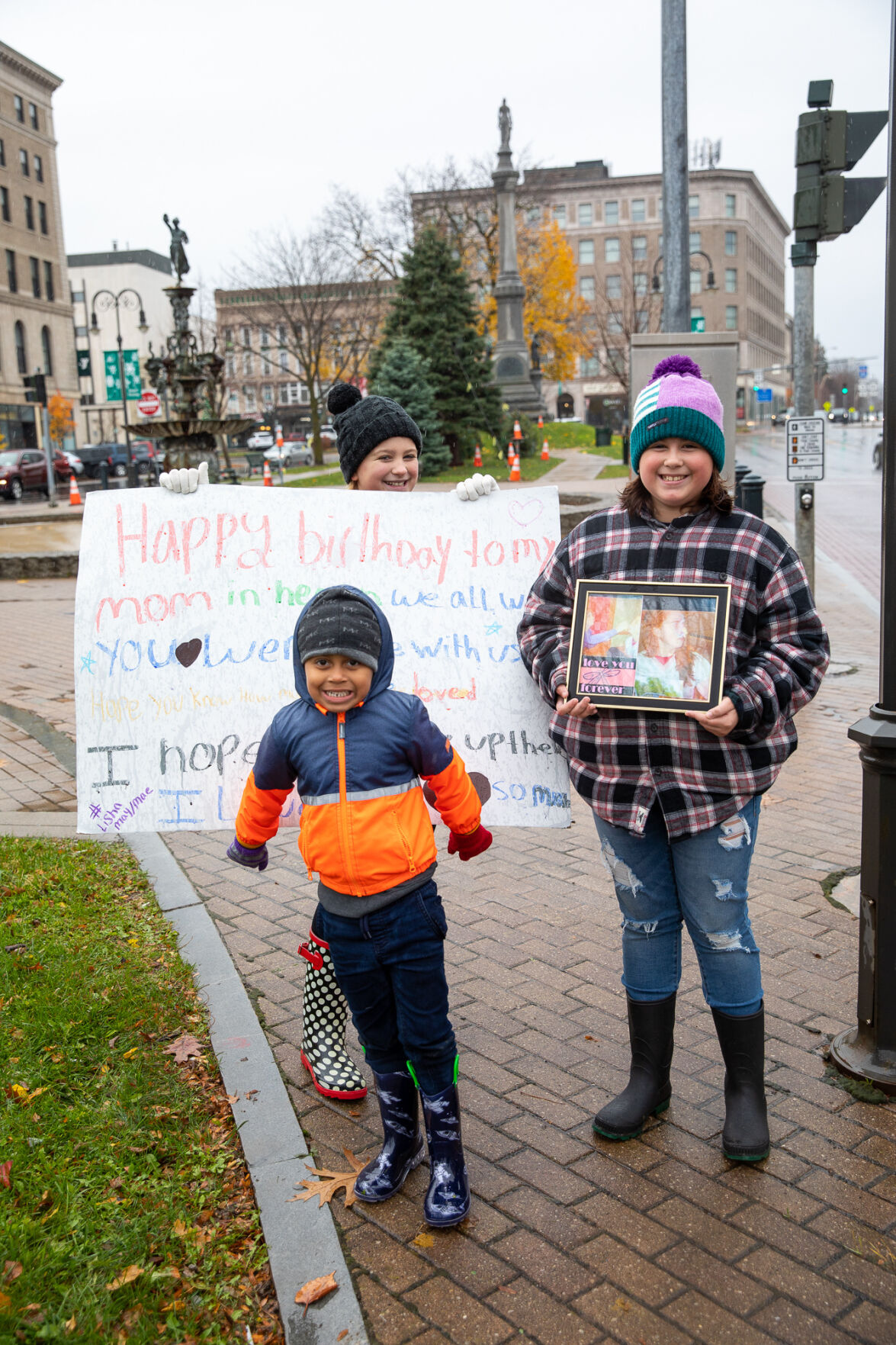 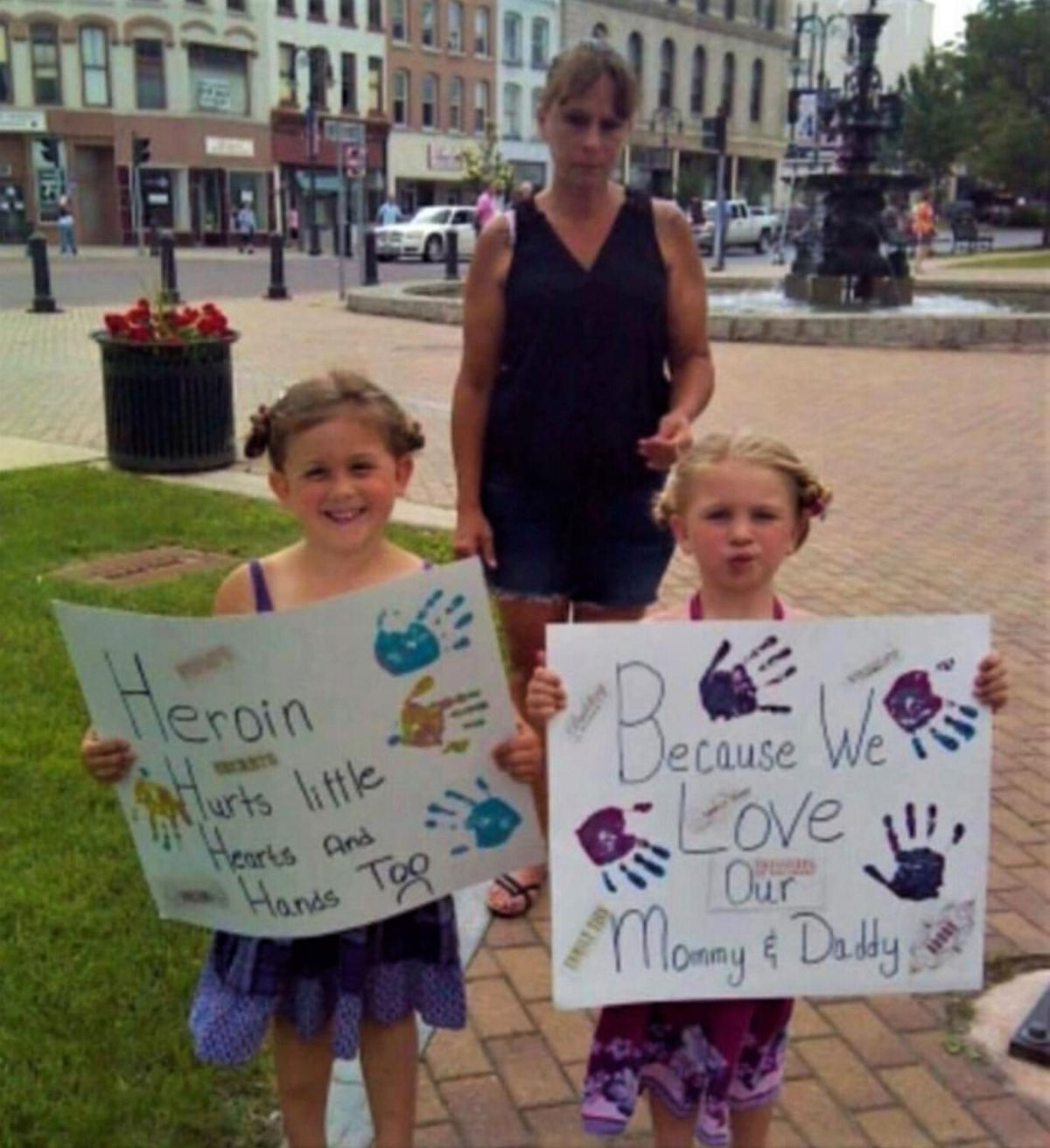 Lisa Jones stands behind her granddaughters Aleigha and Aliisah Champion at one of their first overdose awareness events on Public Square. Provided photo 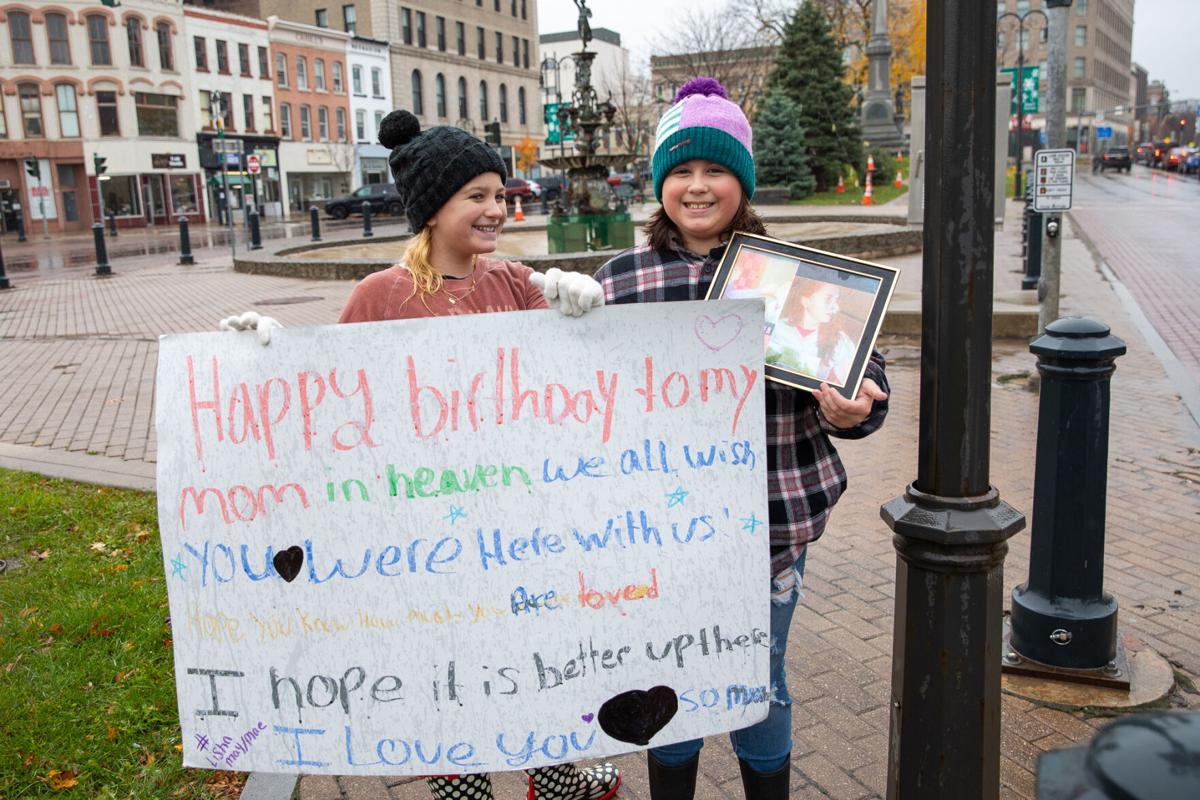 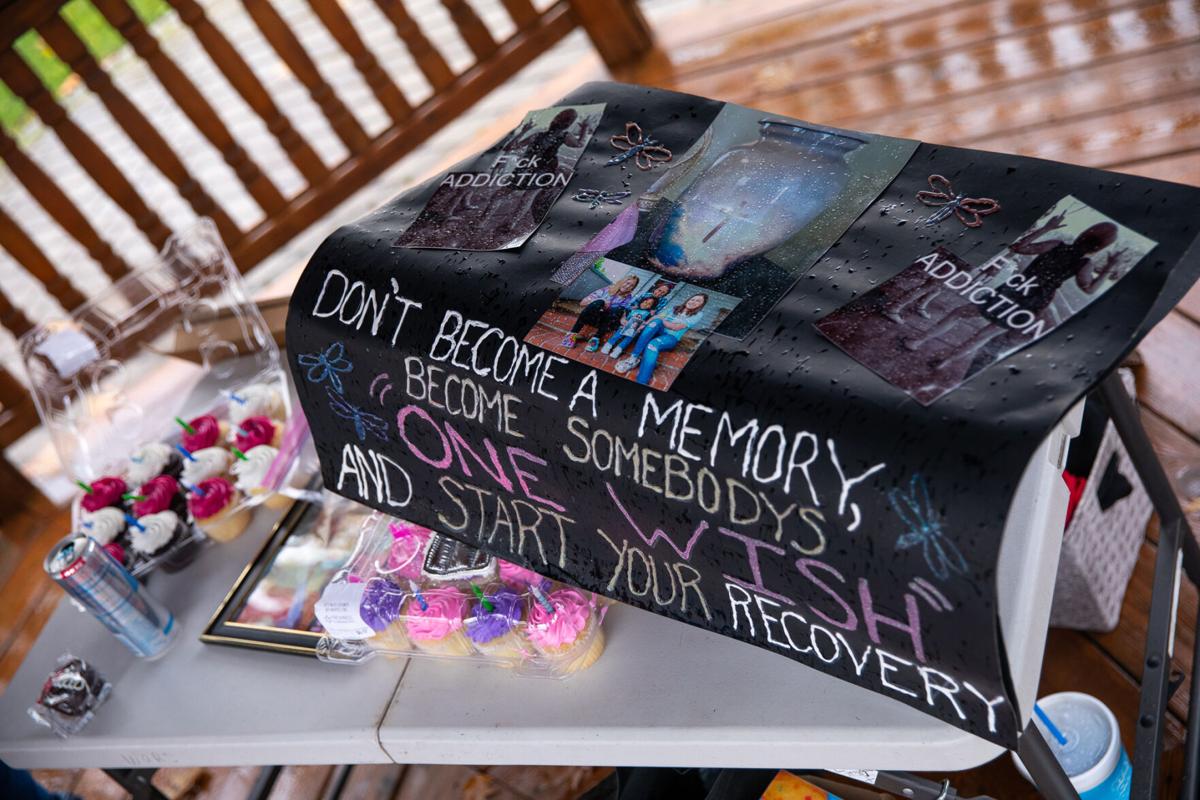 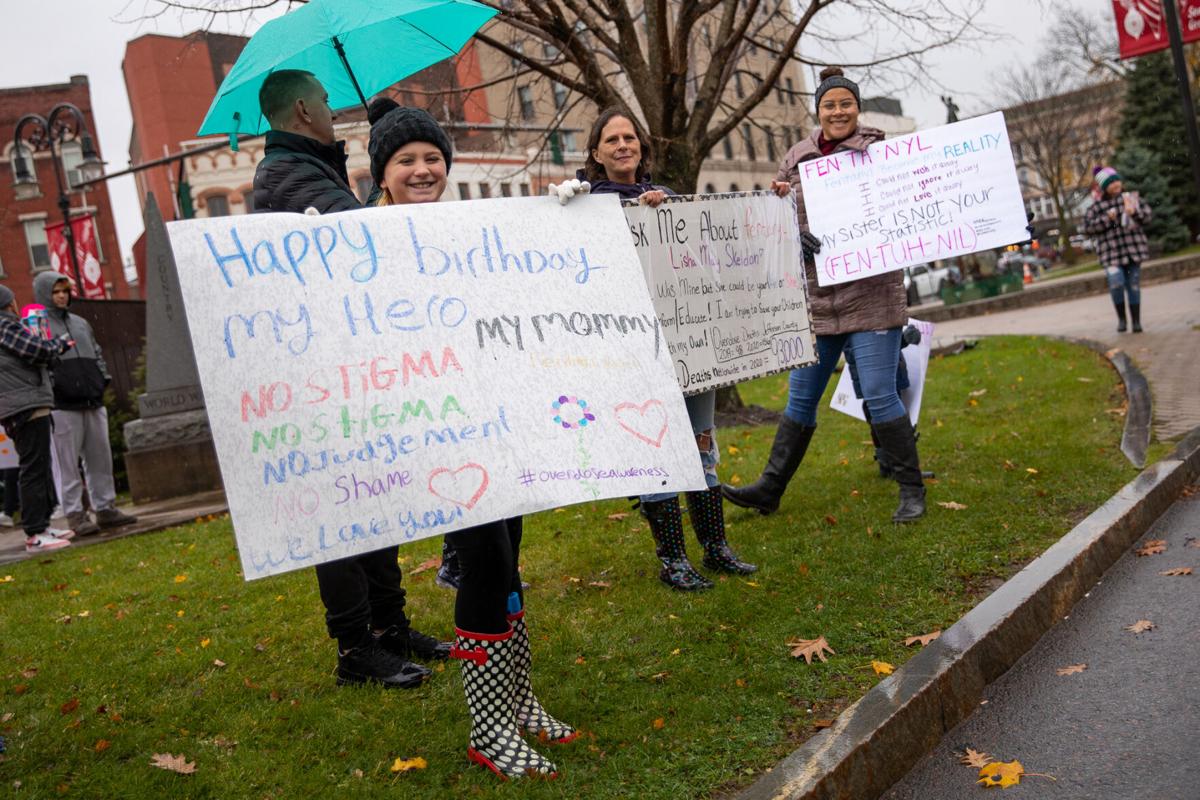 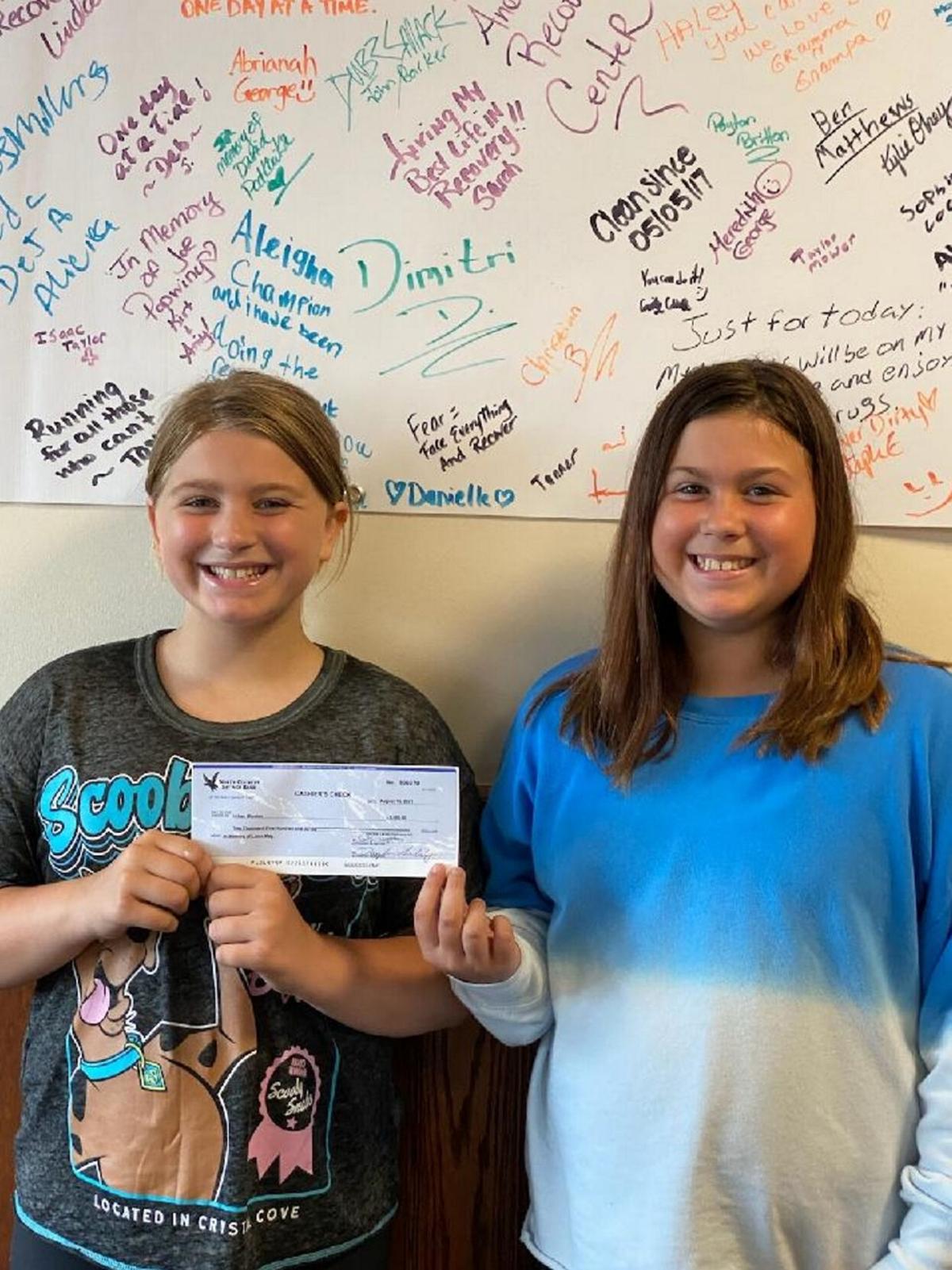 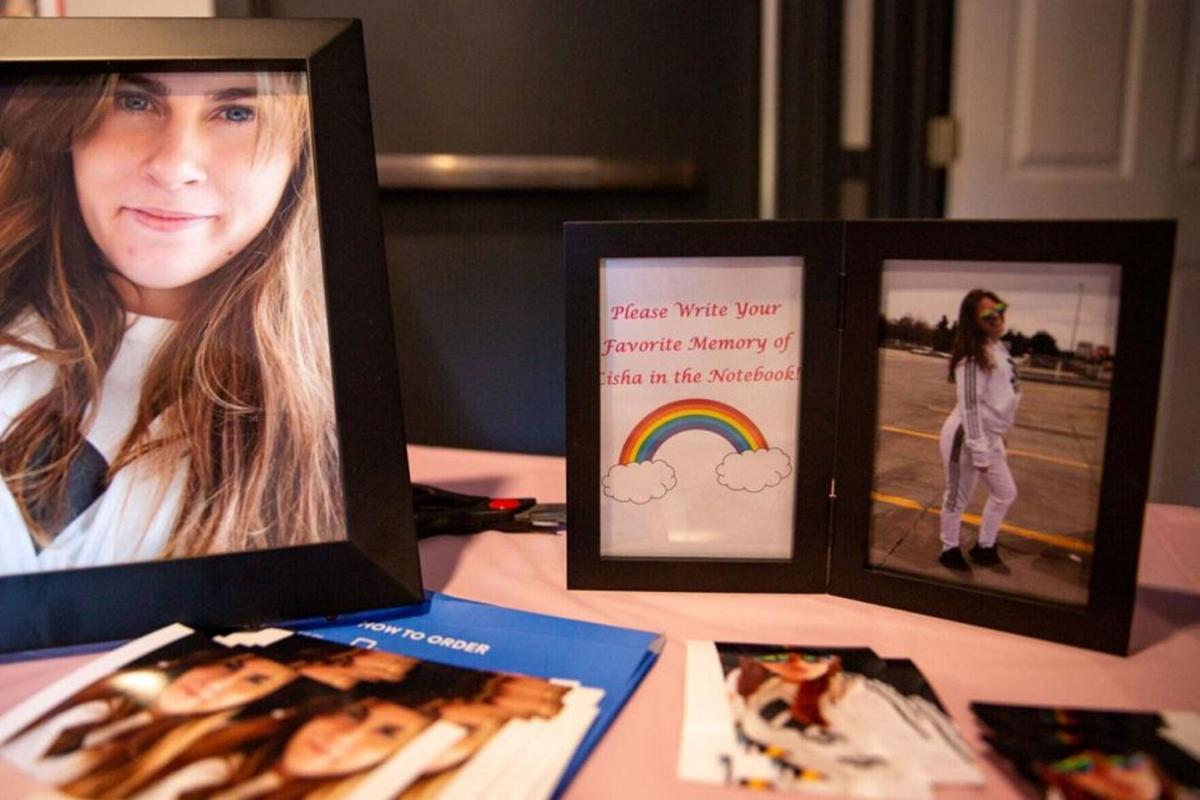 Photos of Lisha M. Skeldon are displayed at a celebration of life for her in March. Kara Dry/Watertown Daily Times

Lisa Jones stands behind her granddaughters Aleigha and Aliisah Champion at one of their first overdose awareness events on Public Square. Provided photo

Photos of Lisha M. Skeldon are displayed at a celebration of life for her in March. Kara Dry/Watertown Daily Times

WATERTOWN — On Thursday, on what would have been her 29th birthday, the family of Lisha May Skeldon gathered in Public Square to celebrate her life and raise awareness of what took her from them.

In March, Lisha died of a drug overdose, just days after being released from Albion Correctional Facility. From age 15, she was in and out of juvenile detention, prison and drug rehabilitation facilities. She became addicted to opioids and with that came lying, stealing and more.

Born on Nov. 18, 1992, Lisha was released from prison on March 8 and died two days later after being found unconscious in her room at a friend’s house. She was rushed to the hospital, but to no avail. The 28-year-old left behind three children, Aleigha, Aliisah and Alijah; her mother, Lisa Jones, and her stepfather; four step-siblings; her father; three siblings; and many friends.

“I can talk about her now; I’m doing pretty good, but it doesn’t get any easier,” Ms. Jones said. “People say it does, but it doesn’t. I lost my dad really young and my mom about four years ago and it doesn’t even compare to losing a child, even when you know that’s what’s going to happen.”

Despite Thursday afternoon’s cold, rainy weather, Lisha’s loved ones stood steadfast with signs wishing her a happy birthday and featuring educational materials in the hopes of raising drug and overdose awareness. Lisha’s children, along with others in the family, were given the task of handing out snack cakes to those passing by as another way of celebrating Lisha’s birthday.

Due to Lisha’s continued drug use, Ms. Jones has been the full-time caregiver of all three of her grandchildren for years. To remind them that their mother was more than her addiction, Lisha’s family held a celebration of life on March 20 at Meme’s Diner in Felts Mills. The celebration and education event Thursday served the same purpose.

“Lisha was gone a lot, but she was so much in those kids’ lives as much as she possibly could be from a prison,” Ms. Jones said. “I have a video of her laugh and sometimes I’ll play it and if Alijah is next to me, he’ll say, ‘Don’t play that Mimi it hurts my heart, that’s my mommy.’”

Ms. Jones said she doesn’t blame anyone for Lisha’s death and she hopes to help save others from ending up how Lisha did. In Lisha’s honor, Ms. Jones and her sister, Betty J. Mullaney, are starting an annual scholarship with the Northern New York Community Foundation.

The family raised about $6,000 this summer through various events, including a softball tournament and drag show, called Amber’s Tie Dye Party and hosted by Amber Skyy, as well as donations from the community. Half of that went to the Watertown Urban Mission for the Bridge Program, which is aimed at helping people recover from addiction, and the other half will be going toward the scholarship.

The scholarship will be set up for the schools Lisha “tormented,” as her mother said, and will go to the “C” student rather than an “A” student.

“I really can’t thank people enough for absolutely everything that has been done to raise money for the Urban Mission and for the scholarship,” Ms. Jones said.

The scholarship will state who Lisha was, and how she tried and just didn’t make it. Lisa said she also hopes it will go to someone looking to study chemical dependency or a field related to mental health as drug abuse and mental health often go hand in hand. The focus schools will be Watertown, Lyme, Gouverneur, Star Lake and Edwards-Knox.

A full name for the scholarship has not yet been settled, but Lisha’s brother Trevor came up with the idea of turning her name into an acronym, with LISHA standing for Lost Individuals Seeking Healthier Alternatives.

“I know I’ll probably take slack for the kids being out of school, but I feel like this is an important learning experience,” Ms. Jones said of Thursday’s event. “I’d love to drive home that this is what drugs do and this is what can happen to you, because I don’t ever want them to even think about it.”

Since Lisha’s death, Ms. Jones said she knows of two other mothers who actually put in the obituaries that their children passed away from drug use, which she believes can be attributed to fentanyl, a lethal opioid that five years ago surpassed heroin as the most prevalent type of drug involved in overdose deaths.

Though not an official count, the U.S. Centers for Disease Control and Prevention has estimated that 100,300 Americans died of drug overdoses from May 2020 to April 2021. The CDC previously reported there were 93,000 overdose deaths in 2020, the highest number recorded in a calendar year. Data shows many of the deaths involve fentanyl.

For the past few years, her family has participated in the Urban Mission’s Run for Recovery, usually held in September, to raise funds for the Bridge Program.

This year, “Remembering Lisha” was put on the back of the event T-shirts, and her family placed first, taking home a trophy to add to a special shelf with mementos of Lisha.

The group even had Ms. Jones’s dog, Baby May, with them as a mascot, wearing a shirt that said “Overdose Support Squad.”

Ms. Jones brought the dog home for the family with the money people sent when Lisha passed away. She named her Baby May after Lisha’s middle name, May. Had it been a boy, the dog would have been named Yam Yam because when she was running from the cops, Lisha changed her Facebook name from Lisha May to Yam Yam — or May backwards.

Among those gathered Thursday, alongside the daughters he shares with Lisha, was Bobby Champion, a recovering addict himself.

“It sucks that we have to be out here doing this,” he said. “I’d rather have her here, we love and miss her, but that one mistake cost her life.”

Ms. Jones said she would love it if other families that have lost someone to overdose, whoever is willing to openly admit it, would be interested in gathering together for a day of remembrance and overdose awareness sometime in August. She said her dream would be to have a day where Public Square and surrounding businesses would be lit up in purple for 24 hours. She noted that while things seem to be slowly turning around, change isn’t coming fast enough, that there shouldn’t be stigma and shame associated with addiction in the area.

Ms. Jones is determined to keep her voice heard in the community, to let people know that Lisha was always much more than an addict, that she was a daughter, sister, friend and mother, and will be terribly missed. This week’s birthday event was just the latest installment in her continuing journey to fulfill that goal.

“I thought it would be a good way to fill up the day not to sit home feeling sorry for myself,” Ms. Jones said. “To let people know that we are still here and we’re still fighting. What better day to save a life, maybe, than Lisha’s birthday?”

Thank Goodness for people like Lisha's family and friends, and people who have included in their loved one's obituaries that they died due to addiction and overdose. The message these people are trying to get across is far more meaningful than just articles in papers and magazines about the danger of drug consumption. I am so very, very sorry for the great loss you all are going through and hope that by sharing your message it will save other people from the sorrow you are suffering.