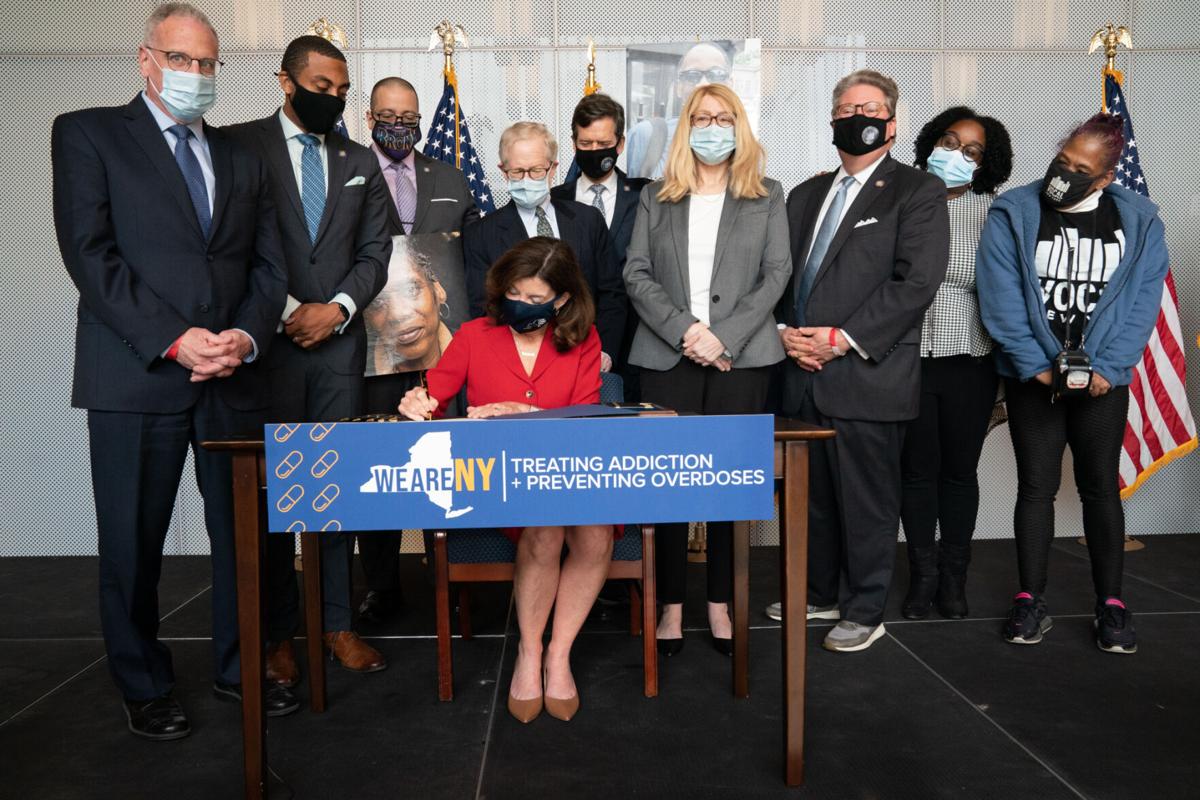 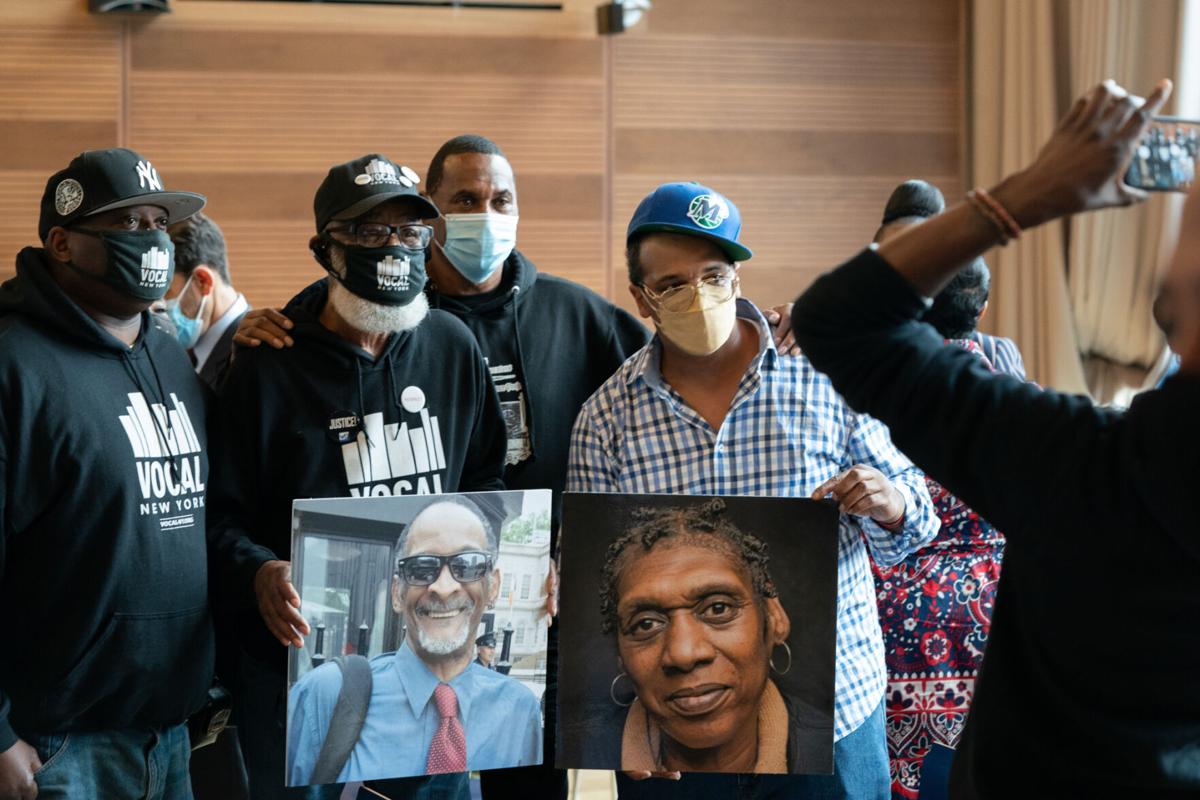 Loved ones hold photos of New Yorkers who suffered from a substance use disorder and died of an overdose to remember them Thursday after Gov. Kathy Hochul signed five bills into law to fight the opioid epidemic. Courtesy of Gov. Kathy Hochul’s office

Loved ones hold photos of New Yorkers who suffered from a substance use disorder and died of an overdose to remember them Thursday after Gov. Kathy Hochul signed five bills into law to fight the opioid epidemic. Courtesy of Gov. Kathy Hochul’s office

NEW YORK — Possessing a syringe in the state is no longer a criminal offense and incarcerated New Yorkers fighting substance use will receive expanded medication-assisted treatment after Gov. Kathy Hochul signed a package of legislation into law Thursday to fight the opioid epidemic.

Several people who lost loved ones to overdose, advocates and a group of downstate lawmakers joined the governor at John Jay College in New York City on Thursday to sign five bills intended to fight the opioid crisis devastating the state and nation.

“Many of us thought this day would never come, which makes it all the more meaningful,” said Assemblymember Linda Rosenthal, D-Manhattan. “To sign this five-bill opioid prevention package into law ... helps recognize the humanity of people who struggle with addiction. You have helped us step out of the dark ages.”

Two of Rosenthal’s bills were signed into law Thursday, including a measure to require state and local correctional facilities to provide medication-assisted treatment, or MAT, to incarcerated people. More than 80% of incarcerated New Yorkers suffer from a substance use disorder.

The other bill will require the state Office of Addiction Services and Supports to make a searchable database of opioid overdose reversal drugs, like Naloxone, available to the public.

“The stigma doesn’t exit in this room,” Rosenthal said.

Hochul also signed a law to decriminalize the possession and sale of hypodermic needles, syringes and drug-related paraphernalia to reduce needle-sharing and the spread of AIDS.

The governor signed two other measures Thursday: to expand the list of eligible crimes officials use when considering diverting a person with substance use disorder to a substance use treatment program, instead of incarceration, increasing the chance for successful, long-term rehabilitation; and to amend state Criminal Procedure, Civil Practice, Rules and Executive law to promote the use of opioid antagonists that block opiate-based drugs to prevent overdoses.

“The enormity of the opioid crisis requires immediate and timely action,” said Sen. Pete Harckham, D-South Salem. “This is an important step forward in ending this crisis. We must remove the stigma around substance abuse and bring people who are suffering out of the shadows.”

The fight is personal for Hochul. Her nephew, Michael, died of an overdose after he became addicted to opioids when his doctor prescribed them for the pain after he injured his hand at a deli he worked at in high school.

“He did not set out to be a teenage addict — that was not his goal in life,” Hochul recalled of her nephew, who she said worked hard and was an outgoing athlete. “... he’d actually become a coach for other people in addiction. He started on that path and the fentanyl took him down. His mother found him with the needles in his arms.”

Michael hit roadblocks to get the substance use treatment he needed when he was released from prison because of Medicaid paperwork and financial hardship. Hochul has for years advocated for changes to the system and making easier pathways for New Yorkers to access treatment.

“No parents expect their child to fall in, no one expects their brothers and sisters, but life happens, my friends,” Hochul said. “There’s no reason to point fingers or to blame or to find a cause, we just deal with what we’re dealing with right here and right now. ... We are there with you. You are still an important part of my family, our family, the New York family, and that is the message that has to be shouted out across this state: That there are good people with great potential and they’re just dealing with an illness, right now.”

A New Yorker dies from a preventable overdose every 108 minutes.

“Gov. Hochul is also charting a new way forward by signing the bill to expand access to medications for opioid use disorder for people in jails and prisons across New York,” Moore added. “We believe that incarceration is not the solution to a person’s problematic drug use, and people who are struggling with drug use should receive medical care.”

Overdose is one of the leading causes of death for people recently released from prison.