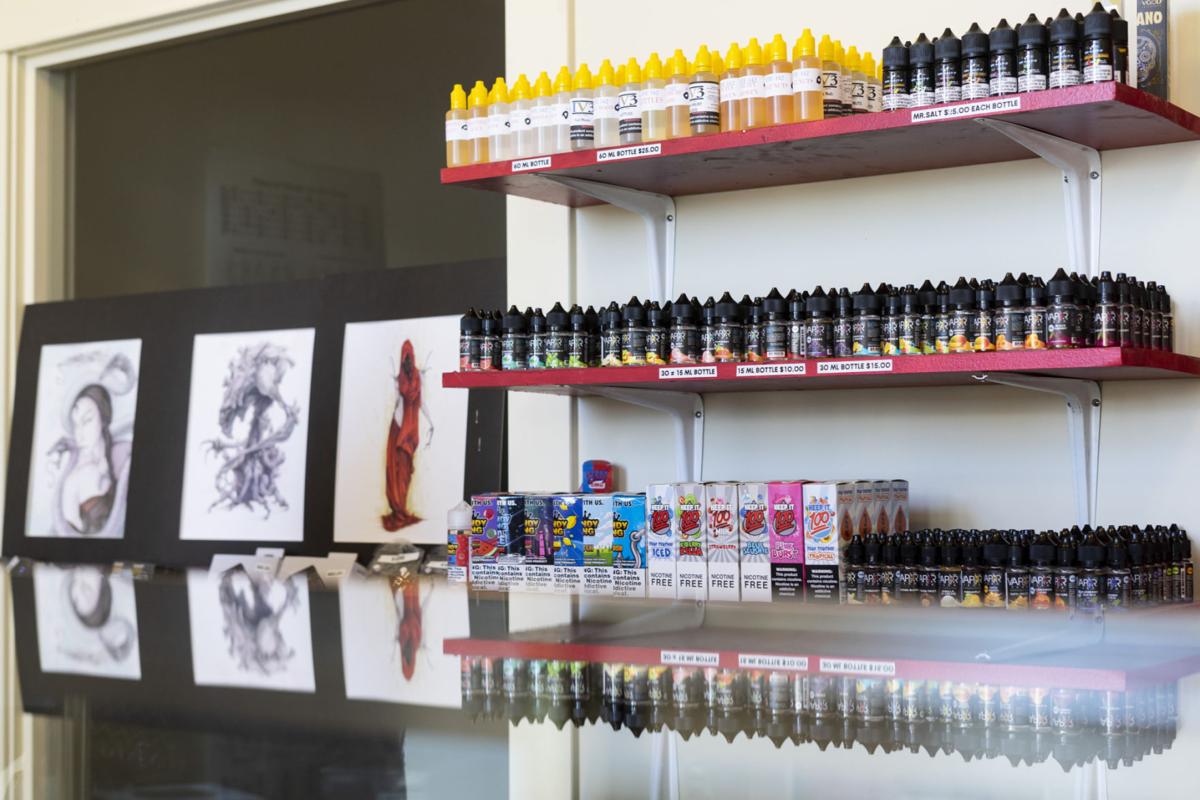 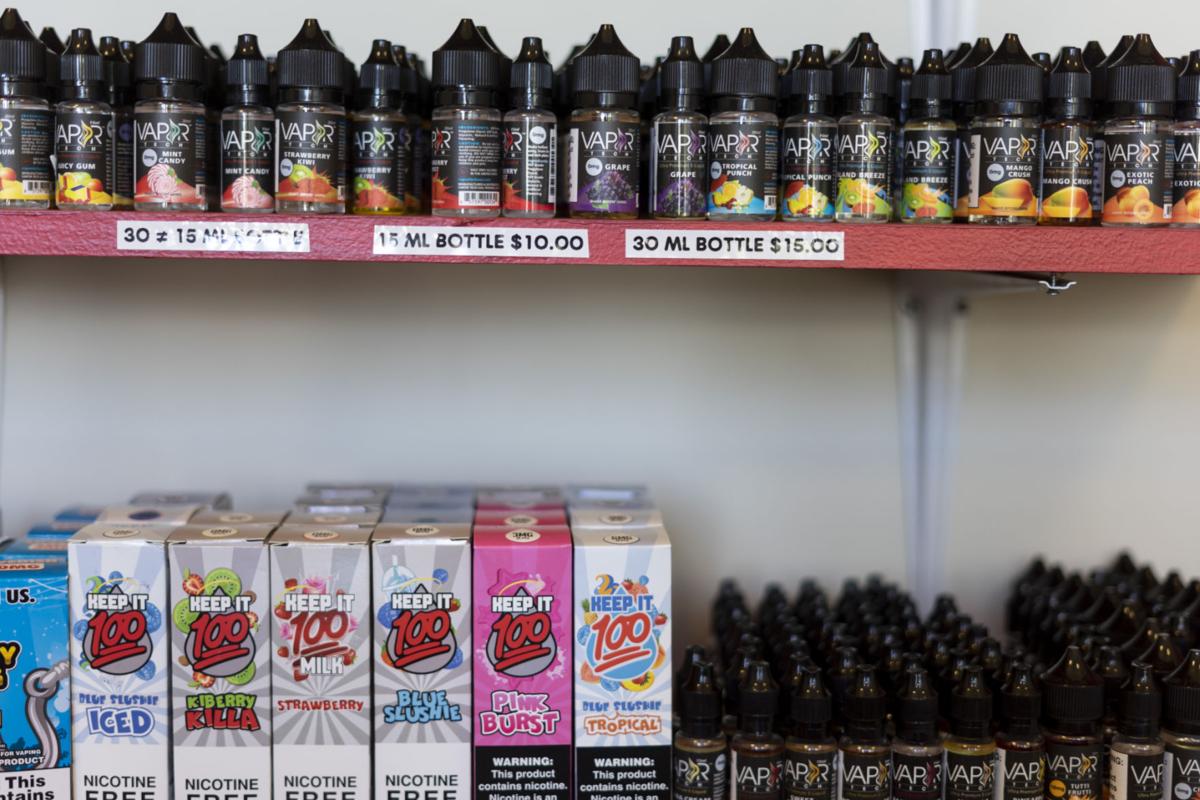 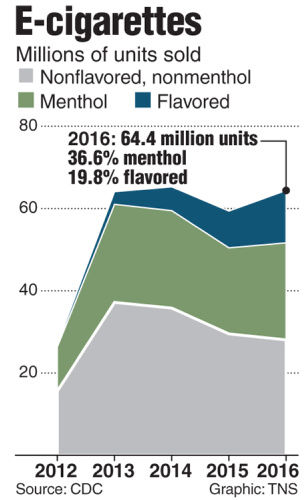 NEW YORK — Amid a surge of vaping-related illnesses and deaths, Gov. Andrew Cuomo of New York announced Sunday that he would pursue emergency regulations this week to quickly ban the sale of flavored e-cigarettes.

The governor’s action comes days after President Donald Trump announced an effort to ban similar vaping products at the federal level. If New York does outlaw flavored e-cigarettes, it would become the second state to move toward such a ban, following Michigan, which announced earlier this month that it would prohibit such products.

Speaking from his office in midtown Manhattan, Cuomo described a growing health crisis, likening it to illnesses related to traditional tobacco products.

“Vaping is dangerous. Period,” the governor, a third-term Democrat, said, outlining a variety of potential health concerns associated with the practice, including encouraging nicotine addiction. “No one can say long-term use of vaping — where you’re inhaling steam and chemicals deep into your lungs — is healthy.”

Under the plan outlined by Cuomo Sunday, the state’s Public Health and Health Planning Council, a little-known regulatory body, would be convened by the health commissioner, Howard Zucker. The council would then issue an emergency regulation to ban the sale of flavored e-cigarettes, rules that would take effect immediately.

State and federal actions related to flavored e-cigarettes come as health officials around the country continue to grapple with an outbreak of a severe lung disease linked to vaping that causes severe shortness of breath and days of vomiting, fever and fatigue. At least six deaths and hundreds of hospitalizations have been reported.

New York state has had 64 cases of the lung disease linked to vaping, Zucker said. “We need to tackle this as fast as possible,” he said, adding, “We don’t need to repeat history.”

Tobacco and menthol-flavored products would not be covered by the ban, the governor said, saying some data suggests that those menthol products could assist in helping people to stop smoking traditional cigarettes. Cuomo’s office said that a menthol ban was possible in the future, depending on what health officials conclude.

Still, the decision not to immediately include menthol drew a sharp rebuke from the American Lung Association, which said Cuomo had missed “the opportunity to take decisive action.”

“While today’s announcement was well-intentioned, it will drive our youth to use menthol-flavored products in even greater numbers,” said Harold Wimmer, the association’s president. He called on the state Legislature to pursue a broader ban on all flavored tobacco products.

Austin Finan, a spokesman for Juul Labs, which dominates the e-cigarette market, said the company was reviewing the governor’s announcement but agreed with “the need for aggressive categorywide action on flavored products.” Juul Labs, he said, had already stopped selling flavored pods in “traditional retail stores.”

The company “will fully comply with local laws and the final FDA policy when effective,” Finan added.

Cuomo’s action came less than a week after the state announced a series of other measures meant to address both the surge of vaping illnesses and the expanding use of e-cigarettes — sleek devices that often resemble gaming styluses or USB flash drives — by minors, including subpoenaing records from several companies that make vaping products.

Though the specific substance or product causing the vaping illnesses remains unclear, the New York State Department of Health has linked many cases of the illness to cannabis products that contain high levels of vitamin E acetate, a thickening agent for vaping liquid. Vitamin E acetate is now a key focus of the department’s inquiry.

In July, the governor signed a bill raising the age to 21 for anyone wishing to buy tobacco or electronic-cigarette products. That new age limit takes effect in November; on Sunday, Cuomo promised the State Police would conduct undercover investigations of retailers to ensure that all smoking-related laws are followed.

As news of Cuomo’s announcement spread Sunday, some e-cigarette vendors in the city said they were wary of the attempt to curb the little-regulated $2.6 billion industry and the roughly 20,000 vape shops nationwide.

If a ban were to go into effect, “my business is dead,” said Amit Patel, 38, an employee at E Smoke & Convenience in Manhattan. Patel estimated that 70% of business at the shop came from the dozens of flavors of e-cigarettes he sells, including Swedish Fish and Pink Lemonade.

Some e-cigarette users who turned to vaping products to quit traditional cigarettes said the ban could mean a return to old habits.

Douglas Horowitz, 27, who once smoked half a pack of cigarettes a day, said he had used nicotine patches and gum to try to stop. But mango-flavored Juul was the only thing that helped him quit six months ago, he said. “I’m afraid I’d have to go back to smoking regular cigarettes,” Horowitz said.

The potentially fatal disease, and its mysterious cause, have led to renewed calls from public health officials, parents, educators and lawmakers for a ban on the largely unregulated industry of vaping products; it has also spurred an investigation by the Centers for Disease Control & Prevention, which warned consumers against buying bootleg cannabis and e-cigarette products.

In response, several state attorneys general, including New York’s, Letitia James, called for the federal government to ban flavored e-cigarettes in May, and state legislators in California and Massachusetts introduced bills to block their sale.

Last week, New Jersey’s Senate president, Stephen Sweeney, took the effort to curb e-cigarette use even further by introducing legislation that would ban the sale of all electronic smoking devices. If passed, it would make New Jersey the first state to enact a complete ban on the product.

“The health and safety and even the lives of young people are at risk,” Sweeney, a Democrat, said in a statement. “We should not allow another generation to get addicted to a product that lowers life expectancy and seriously damages their heart and lungs.”

NYS is nothing but a nanny state. The state with the least personal freedoms. Sad.

Another knee jerk reaction from our jerk Governor. Thinking he will get votes he jump to ban something before the cause of the illness is known. At this point they are testing to find the cause but it's not pointing at flavors. I have never used a vaporizer nor do I plan to but before playing the progressive card and controlling people's lives, we need facts not political jockeying.