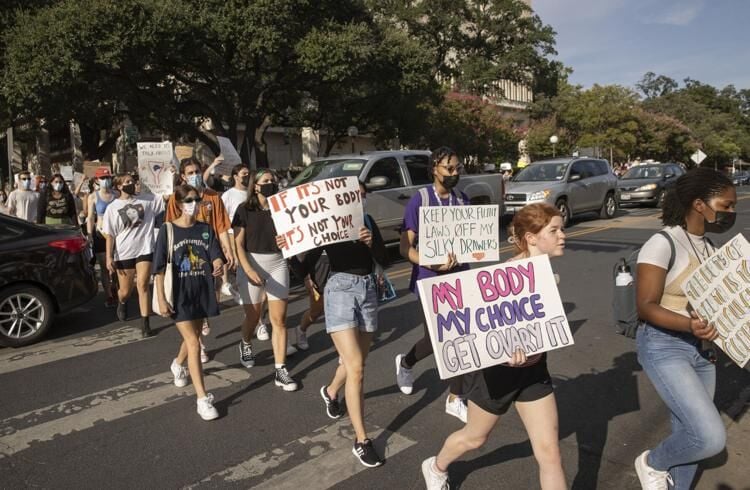 University of Texas students march from the UT campus to the Capitol on Sept. 7 to protest the law banning abortions after six weeks. Jay Janner/Austin American-Statesman/TNS 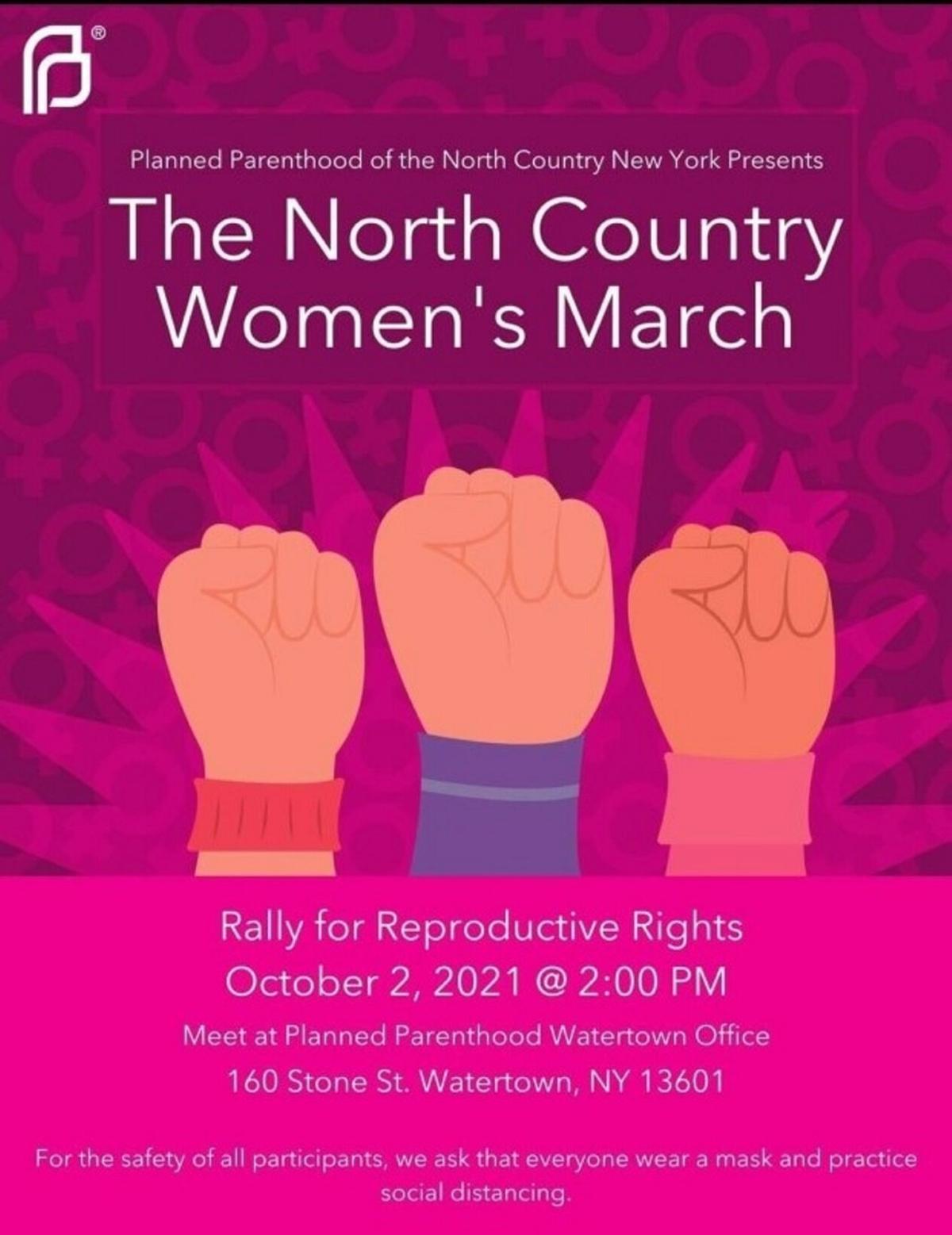 University of Texas students march from the UT campus to the Capitol on Sept. 7 to protest the law banning abortions after six weeks. Jay Janner/Austin American-Statesman/TNS

WATERTOWN — On Saturday, a rallying cry will be heard across the country, both online and in person, with the goal to send an unmistakable message: Attacks on reproductive rights will not be tolerated.

Following restrictive abortion bans, the Women’s March will return to Washington, D.C., this weekend to rally in support of reproductive rights. As a sign of solidarity, organizations across the country will hold their own rallies and marches the same day, including some in the north country.

Marches are being organized in every state as the Supreme Court prepares to reconvene for the October term. The Women’s March event was announced earlier this month, the same day Texas’ new abortion legislation went into effect — banning abortions after six weeks and giving Texans the power to sue abortion providers. The state’s anti-abortion laws are now the most restrictive in the country.

Katie M. Ramus, Chief Experience Officer for Planned Parenthood of the North Country is one of the people in charge of planning Saturday events in Watertown and Canton.

“We are all working in solidarity with the Women’s March and we’ve registered our event on their website to mobilize as many people as we possibly can,” she said. “The goals are to express our message of support for abortion access, to exercise our rights, and to provide a safe opportunity for engagement for march participants and volunteers that makes them want to continue to show up and speak out on behalf of these causes that matter so much.”

On Saturday afternoon at the Watertown Health Center, Watertown’s own Rally for Reproductive Rights will take place. Participants in the city are asked to meet at 2 p.m. at 160 Stone St., wearing masks and practicing physical distancing.

“It’s been just over a year since Justice (Ruth Bader) Ginsburg died, but already we can see the heartbreaking impact,” Mrs. Ramus said. “With nearly 600 restrictions introduced, 2021 is the worst year for state attacks on abortion in decades — despite the fact that there is record-high national support for legal abortion.”

Right now, abortion is virtually inaccessible for patients across Texas, and the vast majority of people seeking abortion are being denied the care they need. Patients will be forced to travel out of state to get an abortion or carry pregnancies to term against their will, causing alarm both in Texas and beyond that abortion rights are in danger.

“This ban sets a dangerous legal precedent and could clear a path for states to override people’s constitutional rights and their health care,” Mrs. Ramus said. “If the courts let this bill stand, we can expect to see similar bills introduced in states across the country.”

It was during Hillary Clinton's run for the presidency that the word "abortion" was changed to "Women's Health Care." It was changed to make the Pro Choice people feel better about what an abortion is, and to confuse the Pro Life people, and those with no opinion, to think, "Oh, Women's Health Care! Sure I support that" not realizing Women's Health Care means abortion. Conservatives are sometimes accused of not following the science. A sonogram and a stethoscope will immediately tell you there's a living baby right there. That's science and it's not your body, it's a babies body.