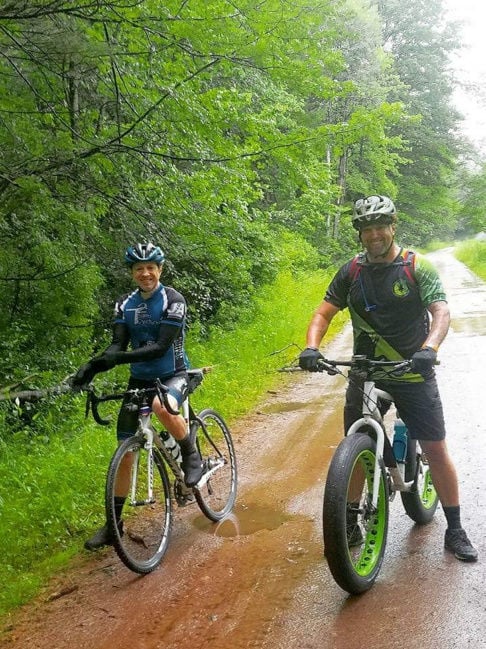 PROVIDED BY BRYAN BLAKEBryan Blake (left) and Paul Izyk Jr. (right) pose for a photo during an off-road ride last summer as part of the Ride Oswego County tour. 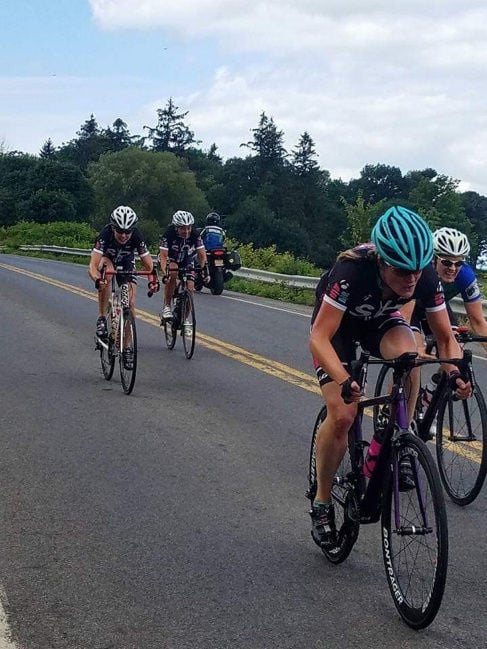 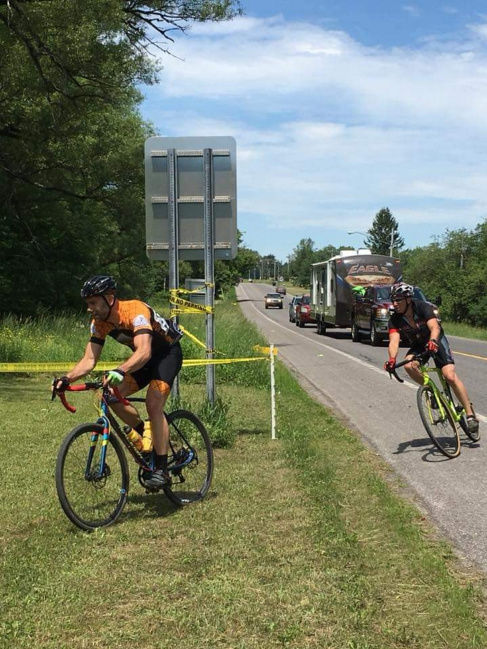 PROVIDED BY BRYAN BLAKEBryan Blake (left) and Paul Izyk Jr. (right) pose for a photo during an off-road ride last summer as part of the Ride Oswego County tour.

Paul Izyk Jr. has lost 45 pounds and discovered a network of new friends in the five years since he started cycling with “Ride Oswego County,” and is one of the hundreds within the community that has benefitted from the loosely-formed group that was launched in 2010.

Ride Oswego County, which is directed by founder Bryan Blake, gathers at various sites throughout the area for daily bicycle rides, and also hosts four competitive races sanctioned by USA Cycling throughout the year. The group donates a portion of the proceeds from each event to a designated community institution or charity.

The first race of the upcoming season titled “Getting Happy in the Valley,” is a 36-mile gravel race scheduled to begin at 7 a.m. Saturday at the Williamstown Fire Department.

The races are designed to promote tourism in the area, according to Blake, while the overall group was formed to encourage a fun and healthy lifestyle for community members through cycling.

“The inspiration for the group itself was just to get people together to go out and ride their bicycles and be healthy,” said Blake, a Fulton native and retired criminal investigator who worked for the Oswego County Sheriff’s Office more than 18 years.

“Beyond that, there’s very much a social aspect to it where you go out and ride your bike and get a chance to talk to people that you might not normally see. … We try to get a variety in the types of rides, as far as road riding or mountain-bike riding, and we try to involve a variety of different ability levels as well.”

Ride Oswego County started with a small group gathering for regular rides throughout the week and has grown to a network of 200 members on its various social media platforms, with about 40 regular active participants during this season’s daily outings.

The group is welcome to newcomers and has no restrictions on age or skill level — dividing up into A, B, and C clusters based on experience for some rides — but cyclists under the age of 18 should be accompanied by a parent. Race participation requires at least a one-day license through USA Cycling.

Izyk Jr. — a Hannibal resident with 30 years of experience working with Local 73 who also served six years in the U.S. Army — said he joined Ride Oswego County for its nightly outings after he discovered the group on social media while searching for a new form of exercise at age 50.

He has lost 45 pounds through cycling since he went out for his first ride, and two years ago, became a certified USA Cycling official to donate his time toward helping direct the races as a volunteer.

“It’s been awesome, it’s a great little community of about 30 or 40 people that ride together during the week and we all race together on the weekends,” Izyk Jr. said. “I was pretty obese when I started and cycling has just changed my life, and the people are awesome. It’s a big support group, basically.”

He added: “Everyone is there to support you. I finished last in a lot of races when I started but everybody is there to cheer you on at the end and it just builds from there.”

Ride Oswego County held its first sanctioned race six years ago when it took over operations of the annual Tour De Loop from the Oswego YMCA, which had operated the race for more than 20 years. They gradually added three more races on various courses mapped out in the area.

The race season will begin Saturday with the second installment of “Getting Happy in the Valley,” which is a 36-mile race that begins at the Williamstown Firehouse and treks to the Happy Valley Wildlife Management Area and finishes on the Thornwood Motocross Track. Ride Oswego County will donate a portion of those proceeds to the Williamstown Fire Dept.

Other upcoming competitive events include the Seneca Circuit Race (July 6), Tour De Loop (Aug. 17), Tour Da County (Aug. 24), and Cross Out Child Abuse (Sept. 29), the latter of which is to benefit the Oswego County Child Advocacy Center in Fulton.

For more information, including a weekly schedule for group rides and contact information, visit rideoswegocounty.bike.