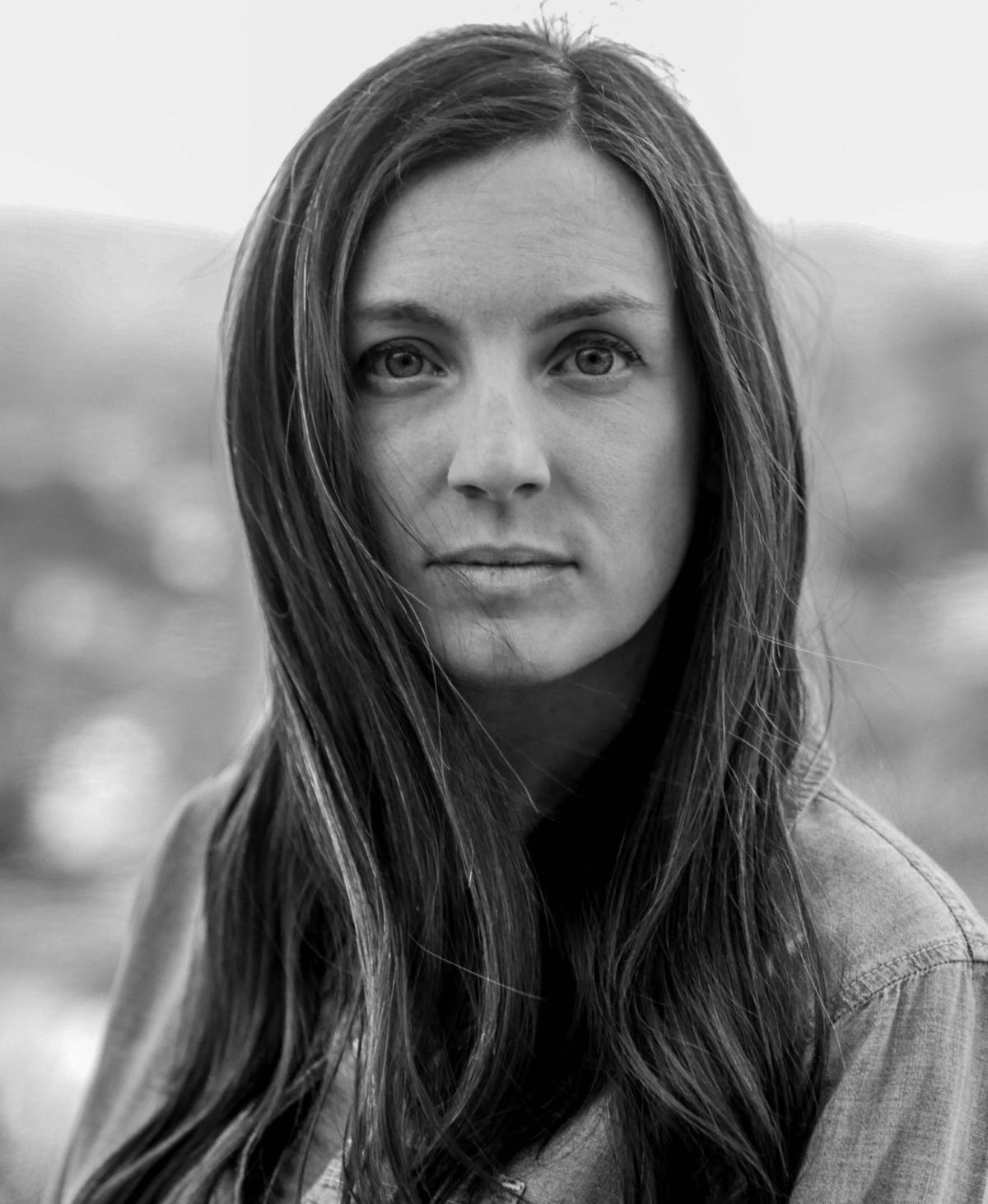 Kate Pickert is the daughter of Lyle and Billie Pickert, Rodman. Her new book is “Radical: The Science, Culture, and History of Breast Cancer in America.” Brandon Moynihan 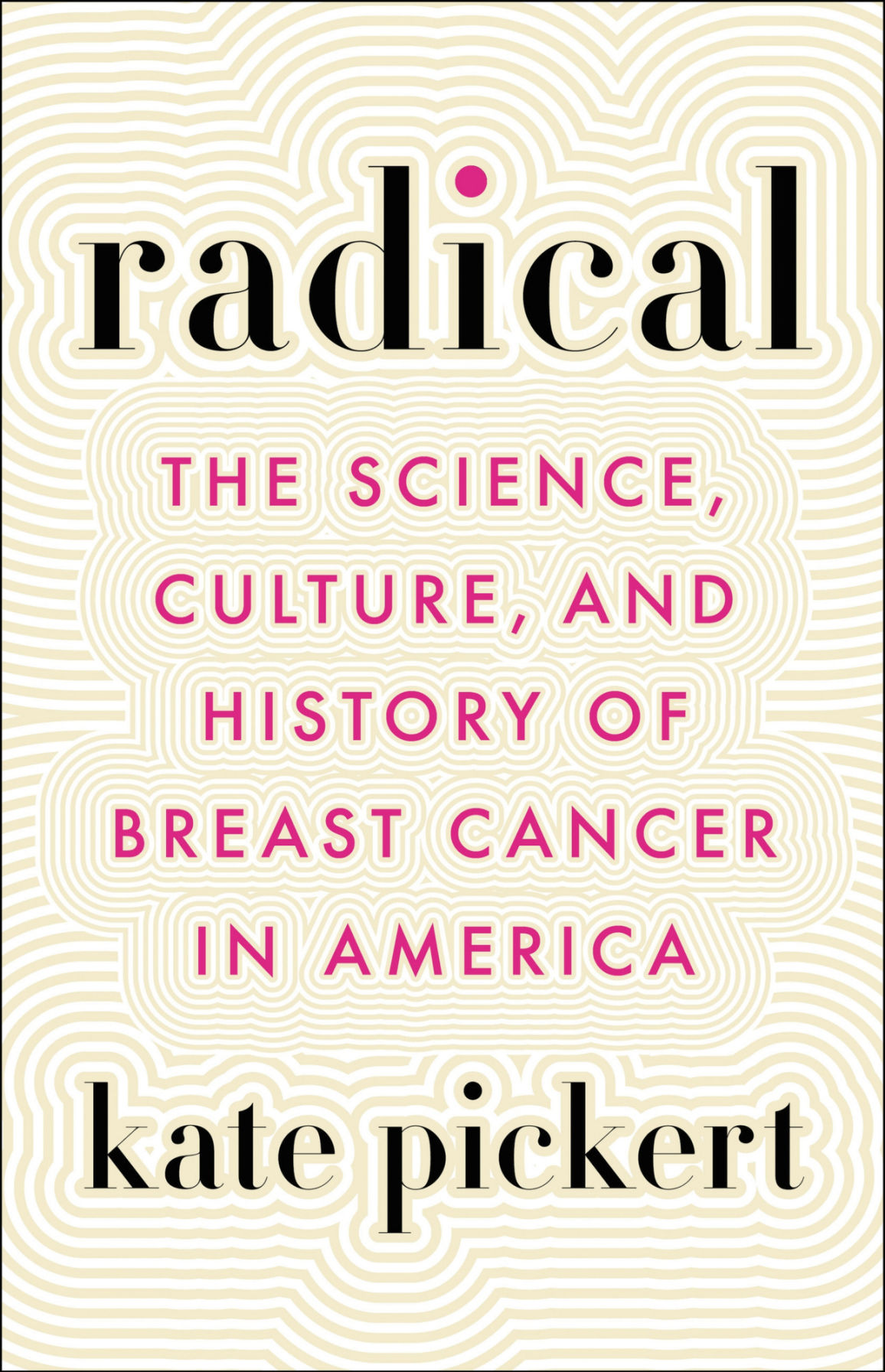 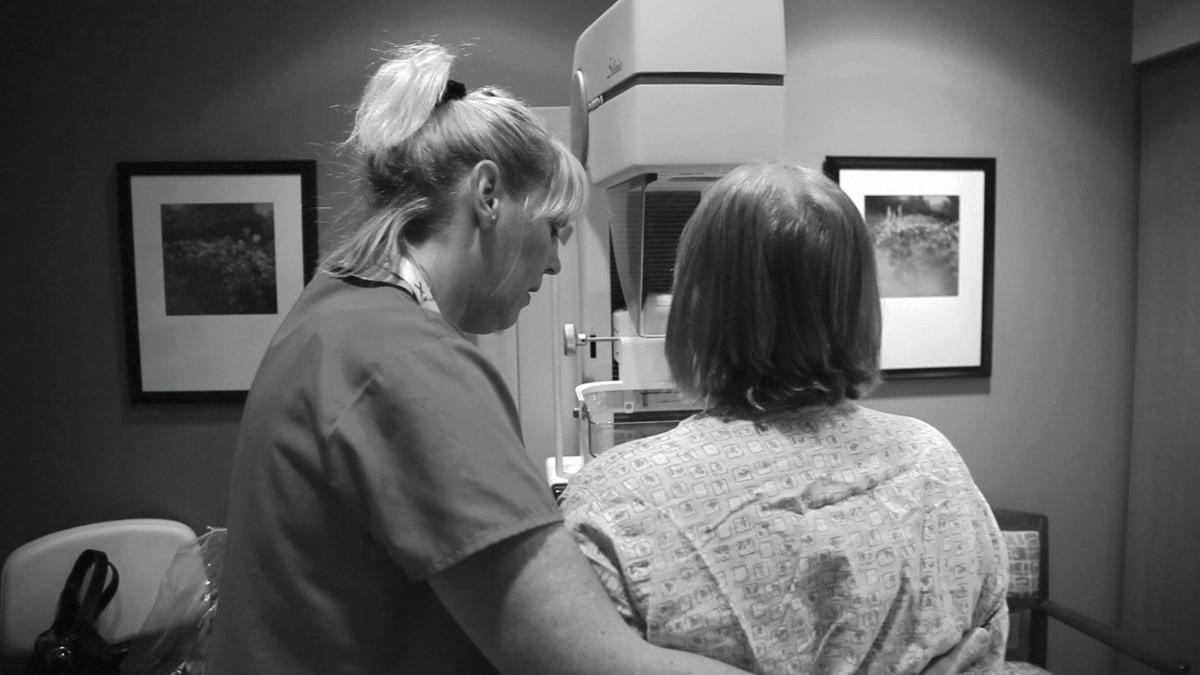 The National Cancer Institute says approximately 12.8 percent of American women will be diagnosed with breast cancer at some point in their lifetime. Susan G. Komen

Kate Pickert is the daughter of Lyle and Billie Pickert, Rodman. Her new book is “Radical: The Science, Culture, and History of Breast Cancer in America.” Brandon Moynihan

The National Cancer Institute says approximately 12.8 percent of American women will be diagnosed with breast cancer at some point in their lifetime. Susan G. Komen

When Rodman native Kate Pickert was diagnosed with an aggressive form of breast cancer in 2014, she was one of approximately 300,000 women in the U.S. that year who also found out they had the disease.

The National Cancer Institute says approximately 12.8 percent of American women will be diagnosed with breast cancer at some point during their lifetime, based on 2014-2016 data. It makes up nearly 7 percent of all cancer deaths, according to the NCI.

Facing her diagnosis, Ms. Pickert, a 1997 graduate of South Jefferson Central School District who worked at the Watertown Daily Times as a reporter in 2001-02, wanted to know all she could about breast cancer apart from the cold, hard data such as above.

“I wanted to read a book that would tell me the story of breast cancer in America that kind of informed my treatment,” Ms. Pickert said. “No such book existed so I decided to write one.”

She was armed with the tools to do so.

Following her employment at the Times, Ms. Pickert, a SUNY Buffalo graduate, attended Columbia University Graduate School of Journalism in New York City from 2002-03. For a decade, from 2003 to 2013, she worked for New York magazine and then Time magazine. At Time, she covered politics, trends in modern American life and health care.

In 2015, Ms. Pickert began her job as a tenure-track professor of journalism at Loyola Marymount University in Los Angeles. But at the time of her 2014 diagnosis, she was still working for Time and living in Los Angeles.

When diagnosed, she was obviously scared about her future and the shock of it all. She was 35 and had no family history of breast cancer.

“But as my treatment plan fell into place, I realized there may be an opportunity to write something about my experience and also about breast cancer more generally because I learned so much about breast cancer that I didn’t know, even in the early stages of my own treatment,” Ms. Pickert said in a phone interview from Los Angeles.

Her book, “Radical: The Science, Culture, and History of Breast Cancer in America,” published by Little, Brown Spark, will be released on Tuesday and is available now on pre-order.

A description by its publisher: “As she underwent more than a year of treatment, (Ms.) Pickert realized that the popular understanding of breast care in America bears little resemblance to the experiences of today’s patients and the rapidly changing science designed to save their lives.”

“I think when people think about breast cancer, they think about bald women, sick in chemotherapy, throwing up, because of how cancer is portrayed on TV and in movies, ” Ms. Pickert said. “I think we all have an idea of what it’s like. My experience was different in a few ways.”

For example, Ms. Pickert said that although her treatment involved the standard array for someone faced with an aggressive form of breast cancer — chemotherapy, surgery, radiation, the removal of lymph nodes — she also had targeted drug therapy specifically designed for her type of cancer.

“I didn’t know that that existed,” Ms. Pickert said.

According to the American Cancer Society, researchers have learned more about changes in cancer cells that cause them to grow out of control and they’ve developed new types of drugs that target some of those cell changes.

Ms. Pickert had also expected to be bed-ridden during her cancer treatment. She wasn’t.

“I think it was, in part, because I was young,” she said. “It was easier for me to handle chemotherapy.”

Ms. Pickert, who is married and has an 8-year-old daughter, worked throughout her treatment but took a few days off when she received chemotherapy.

“I also didn’t lose my hair, which I didn’t realize was possible,” she said.

Her hair loss was prevented through “scalp cooling.” Patients wear “cold caps,” which work by narrowing the blood vessels beneath the skin of the scalp, reducing the amount of chemotherapy medicine that reaches hair follicles.

Ms. Pickert interviewed for her current job at Loyola Marymount University while undergoing her cancer treatment.

“Because I kept my hair, they didn’t know I was a cancer patient at the time, which I think was helpful,” she said.

Ms. Pickert’s book notes that despite billions spent on research and treatments, breast cancer remains one of the deadliest diseases facing women today.

“Even though the rate of women dying of breast cancer is slowly going down, the same raw number of women still die every year, approximately 40,000,” she said. “That was eye-opening for me to learn. But at the same time, I think the experience of being a breast cancer patient is better and easier than it’s ever been. Not to say that it is easy, but it’s more possible to get through it with kind of your identity intact.”

Ms. Pickert traveled the country for her book, drawing on interviews with doctors, economists, researchers, advocates and patients. In Dallas, she interviewed the CEO of the Susan G. Komen nonprofit, formerly known as the Susan G. Komen Breast Cancer Foundation.

In south San Francisco, she visited with officials from Genentech, a biotechnology corporation that’s a member of the Roche Group. It’s developing breakthrough drugs such as immunotherapy regimens to target cancer.

At UCLA, Ms. Pickert witnessed a double mastectomy. She attended conferences in San Antonio to Chicago.

Her book also explores the history of breast cancer, going back to the early 1800s, and its treatment.

For example, she writes about women getting mastectomies before the invention of anesthesia and how surgery for breast cancer has changed.

“Now, a lot of women just get lumpectomies (removal of a tumor and tissue surrounding it) and plastic surgery has gotten so much better, so even for women who do get mastectomies, the results are much better at the end,” Ms. Pickert said.

Ms. Pickert also touches upon the history of chemotherapy relating to breast cancer.

In many cases, chemotherapy is being supplemented with, or is being replaced by, targeted drug treatment.

“Chemotherapy is indiscriminate. It’s poison,” Ms. Pickert said. “But targeted drug therapy can, in a lot of ways, just as specifically attack the cancer itself.”

“In part, because the cancer was so aggressive, it responded really well to the targeted therapy,” she said.

It’s been about three-and-a-half years since Ms. Pickert finished treatment for her disease, in February of 2016. Her prognosis is “excellent.”

“I think all is well, so far,” she said. “With cancer there are no guarantees.”

She avoids the word “survivor.”

“I always refer to myself as a former breast cancer patient,” Ms. Pickert said. “I feel like that word (survivor) has become sort of politicized and a little bit charged. The truth is, I’m surviving now. I’m alive. But like I said, there are no guarantees.”

In her book, Ms. Pickert avoids war metaphors, such as cancer battles and fights.

“I think anyone who is diagnosed with breast cancer is doing their best to get through the treatment,” she said. “It’s not easy, but at least for me, I feel the reason that things went well for me is because the science has advanced so far. So I’m really grateful for all the research that’s been done to lead up to what happened to me.”

Ms. Pickert’s “Radical” book also explores women with metastatic breast cancer — when the disease spreads beyond the breast and nearby lymph nodes to other organs in the body. She notes some promising developments about it.

“Because of the advocacy of a lot of stage 4 patients, more research is going to study metastatic disease,” she said. “I don’t think we’re close to solving that piece of the breast cancer puzzle, but I think we’re probably making more progress now than ever before.”

Based on her experience, Ms. Pickert has advice for breast cancer patients.

“I think that patients who are really involved in their care can make a difference in the quality,” she said.

If possible, patients should seek out clinical trials, she said.

“Fewer than 5% of patients participate in trials,” Ms. Pickert said. “We need trial participation to continue research and science.”

When a diagnosis hits, she recommends seeking out the best care.

“This is perhaps a difficult thing for people in Watertown to read, but one thing I always advise people — if possible, it’s great to have a consultation at an academic medical center,” she said.

“Women shouldn’t be afraid to seek out a second opinion,” she said. “It’s an important thing to do because cancer science is changing so rapidly. There’s so much to know. Those second opinions can really make a difference to a lot of women.”