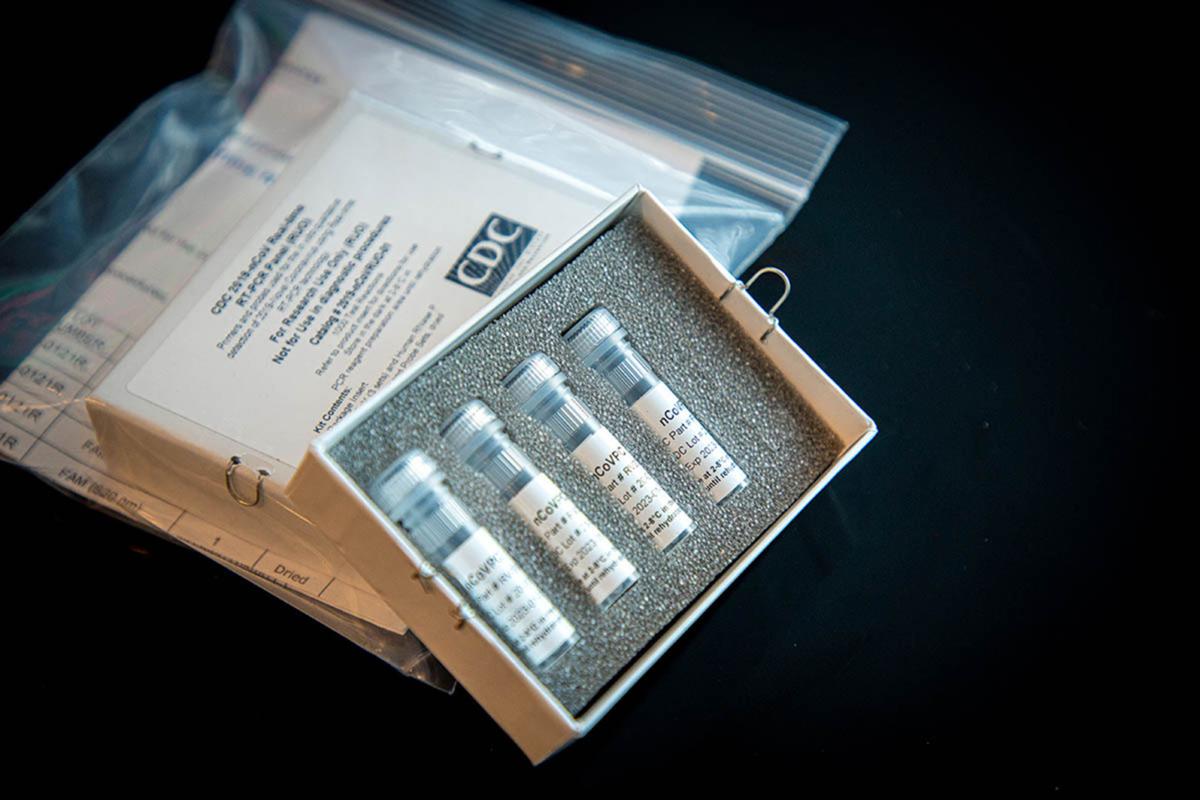 A CDC laboratory test kit for the 2019 novel coronavirus (COVID-19). CDC is shipping the test kits to laboratories CDC has designated as qualified, including U.S. state and local public health laboratories, Department of Defense laboratories and select international laboratories. The test kits are bolstering global laboratory capacity for detecting COVID-19. Centers for Disease Control and Prevention/TNS 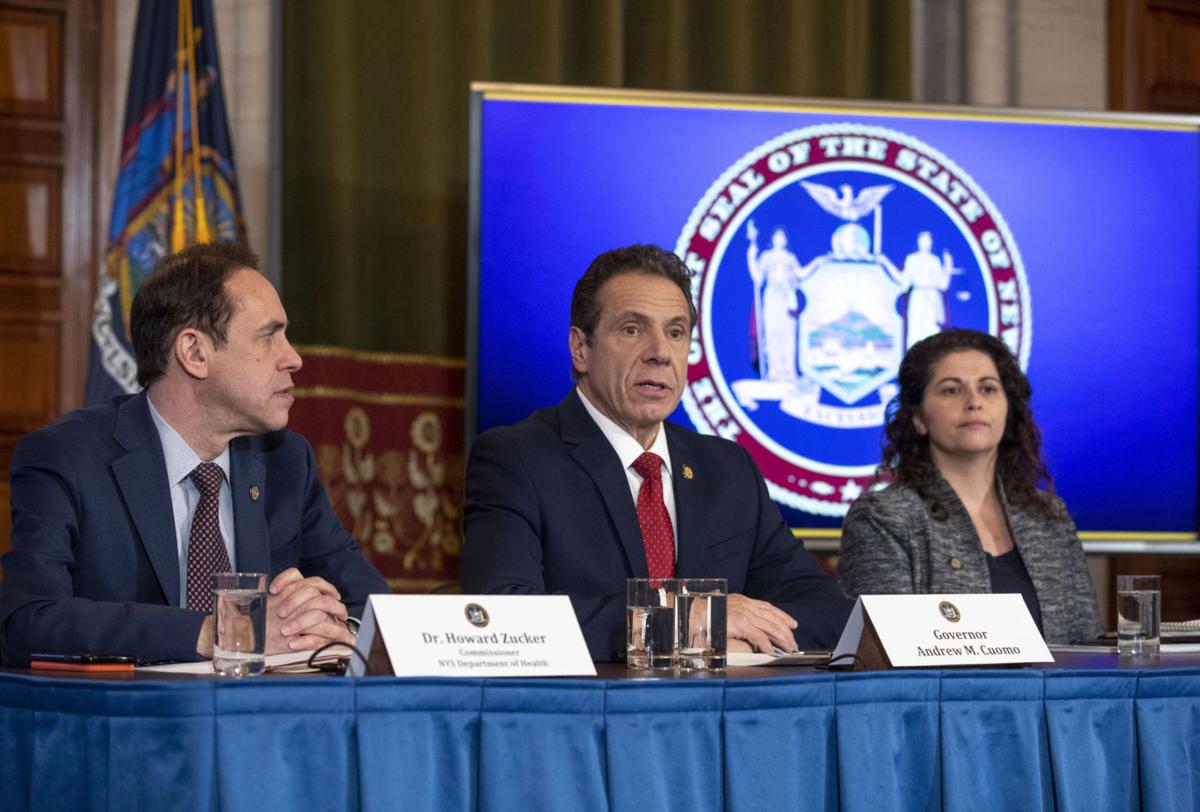 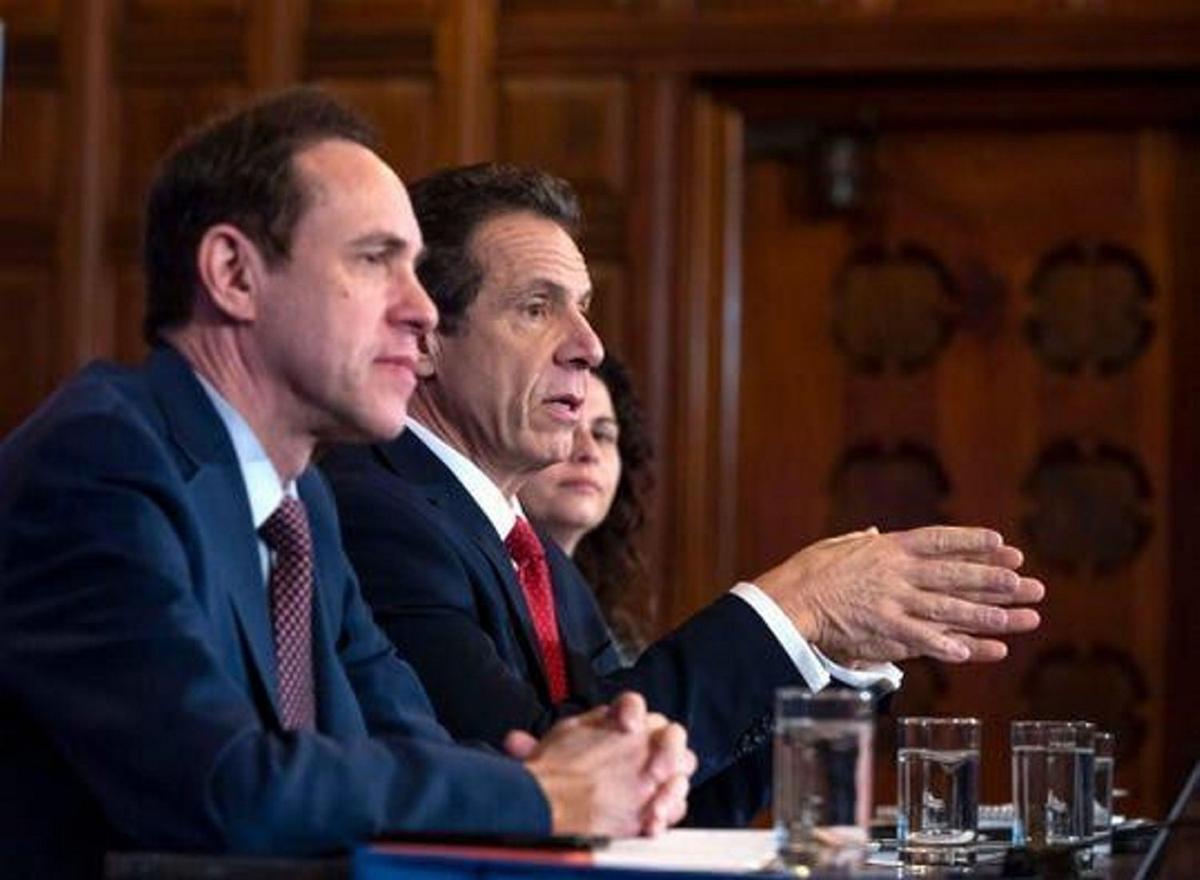 Gov. Andrew M. Cuomo speaks during a press conference Wednesday about coronavirus in the Red Room at the State Capitol in Albany. Mike Groll/Office of Governor Andrew M. Cuomo

A CDC laboratory test kit for the 2019 novel coronavirus (COVID-19). CDC is shipping the test kits to laboratories CDC has designated as qualified, including U.S. state and local public health laboratories, Department of Defense laboratories and select international laboratories. The test kits are bolstering global laboratory capacity for detecting COVID-19. Centers for Disease Control and Prevention/TNS

Gov. Andrew M. Cuomo speaks during a press conference Wednesday about coronavirus in the Red Room at the State Capitol in Albany. Mike Groll/Office of Governor Andrew M. Cuomo

There have been 11 new tests since Wednesday.

Two people in New York City are hospitalized due to the virus, and one in Nassau County, a 42-year-old man, is also hospitalized.

UPDATE: NY now has 22 confirmed #Coronavirus cases statewide – 11 new positive tests since yesterday.Of the new cases:-8 are in Westchester, all mild or no symptoms-2 are in NYC, both individuals hospitalized-1 is in Nassau County, a 42yo man, also hospitalized

“With these new cases we are doing the same thing as we have done with the other cases: Tracking down people who have had contact with the known positive #coronavirus cases,” Gov. Cuomo wrote in a tweet Thursday.

“We are trying to contain as much as possible the spread of each case we find – but we expect more cases,” the tweet went on to say.

We are taking every action to make sure NYers are safe.But undue anxiety and fear is a threat in itself. Let's fight fear with facts:•80% of the people who get the #coronavirus will self-resolve•Some context: There are thousands of people in the hospital today with the flu

On Tuesday, the Governor revealed that a Westchester man, an attorney in his 50s who works in Manhattan, had been hospitalized with the virus. At a press conference Wednesday, Gov. Cuomo announced the illness had spread to the man’s close contacts.

Only the attorney, who has an underlying respiratory illness, has been hospitalized, Gov. Cuomo said. The others are in quarantine at home.

A New Rochelle, Westchester County, family of six: five are positive. There are four children in that family with three boys and one girl. One of the boys tested negative. The rest are positive.

The father from the family is close friends with the 50-year-old New Rochelle attorney. It was the state’s first known community spread of the virus.

The 50-year-old man remains in the Intensive Care Unit (ICU) in critical but stable condition. He is the only person with the virus who is in the hospital.

The schools the man’s two children attend — Yeshiva University in Manhattan and SAR Academy in the Riverdale section of the Bronx — have been temporarily closed in an effort to stem the spread of the disease. Young Israel of New Rochelle, a synagogue the man attends, is also closed through March 8 and congregants who attended several events have been asked to self-quarantine.

Several employees at the man’s law firm, the man’s neighbor’s children and eight employees at Lawrence Hospital in Bronxville where he was initially taken, have undergone testing, but as of Wednesday none had tested positive.

One other New Yorker with coronavirus — a 39-year-old health-care worker who had traveled to Iran — is also quarantined at home and her condition is improving, Gov. Cuomo said. Her husband has tested negative for the virus.

The Governor urged New Yorkers to remain calm as the virus has stoked fears both in New York and globally.

“We know what this coronavirus is — it is easily transmitted, but 80% of people who get the virus will self-resolve,” Gov. Cuomo said.

“It has nothing to do with the time you started testing,” Gov. Cuomo said. “That’s an artificial line you were drawing. The coronavirus was here already, and it was spreading already and people just didn’t distinguish between the coronavirus and the flu. You wouldn’t without a test.”

“This test allows us to see who had it already. It may very well have been here and been spreading and now you’re just discovering it.”

“There are going to be many, many people who test positive,” he noted. “By definition, the more people you test, the more you will find positive.”

On Wednesday, Gov. Cuomo said several tests have come back negative in other areas of the state, in Buffalo, Oneida and Suffolk counties.

“Luckily here in New York we have one of the best health care systems on the globe, period,” Gov. Cuomo said. “And we are doing everything humanely possible to improve even on that.”

To that end, according to Syracuse Media Group, Upstate Medical University may begin testing for coronavirus in its own lab in a matter of weeks. Currently in New York, only the state Health Department’s Wadsworth Lab in Albany and New York City’s public health lab are conducting tests for coronavirus.

The state developed its own test at the Wadsworth Lab and started using it last weekend after getting FDA approval. According to Syracuse Media Group, Dr. Stephen Thomas, Upstate’s chief of infectious disease, said Upstate is talking to Wadsworth officials about adopting the same test in its microbiology lab and will have to get the necessary equipment and testing protocols from Wadsworth.

Upstate would then need FDA approval before it can begin testing in Syracuse, and that process could take several weeks.

It is still to be determined if Upstate will become a regional testing center.