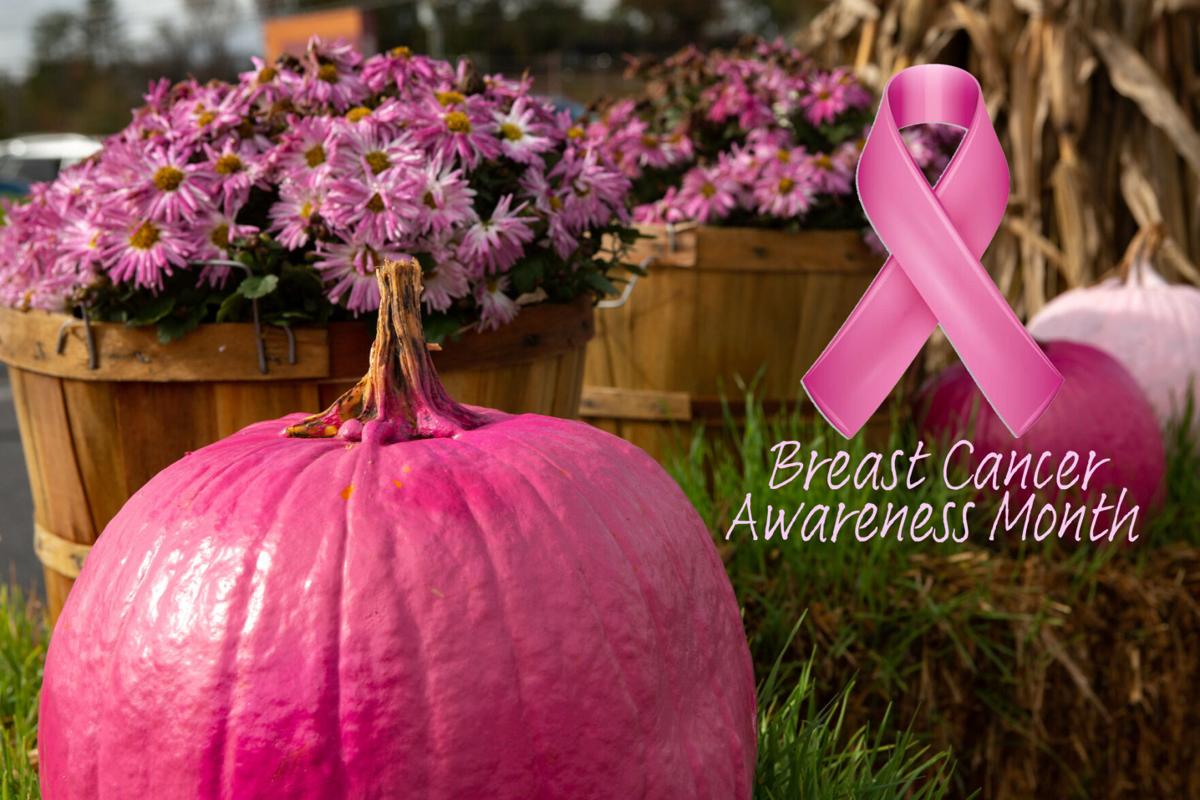 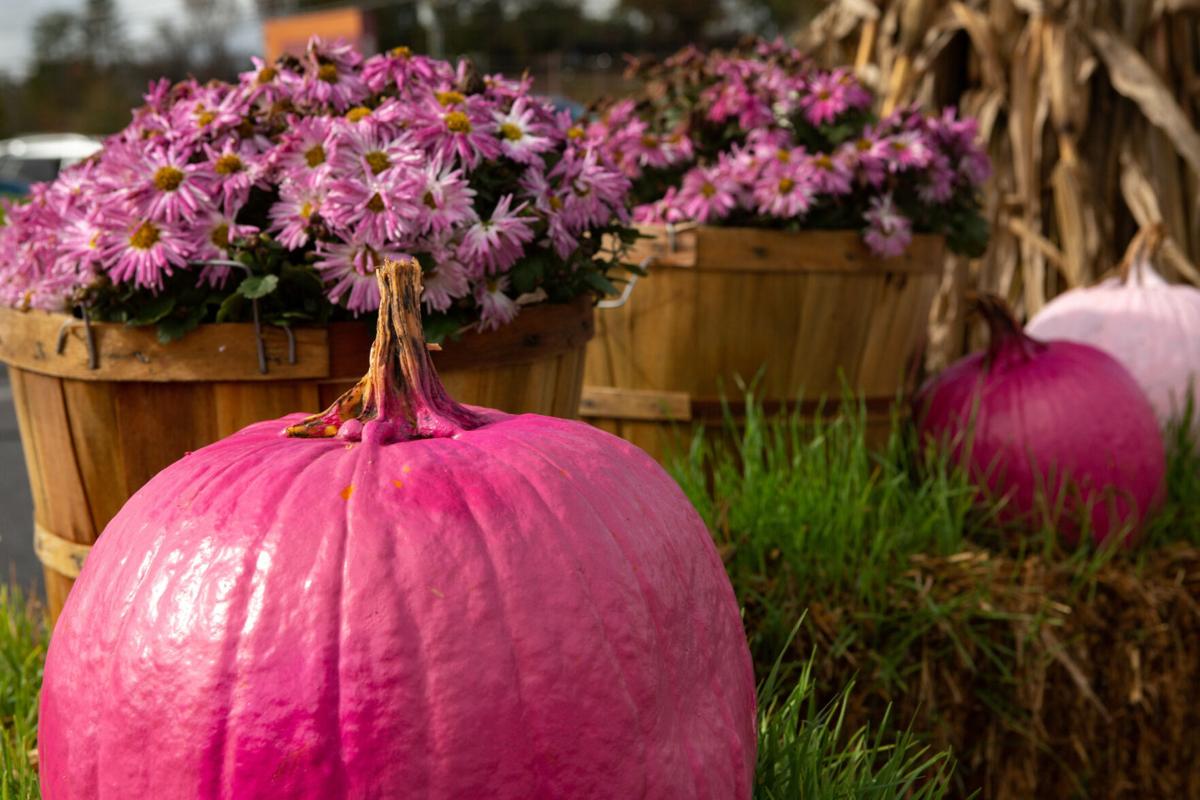 WATERTOWN — With the month of October designated as Breast Cancer Awareness Month, an annual campaign to raise awareness about the impact of breast cancer, a new local event is seeking to do just that — with a Halloween twist.

The first Great Pumpkin Derby will take place on Saturday, Oct. 23, a family-friendly event to raise awareness and funds for the American Cancer Society-North Country Goes Pink, with all proceeds for the event going to this purpose.

Teri M. Walters, coordinator for the new event, has been on the breast cancer portion of the American Cancer Society committee for the past 13 years, North Country Goes Pink, and works with several others on the committee, which will be helping out the day of the event, along with her husband Steve Duvall, who has been helping with behind-the-scenes details for the event.

The idea for the event came while Ms. Walters and her husband were watching the Travel Channel a couple of years ago and saw a piece on a town that had a Pumpkin Derby where they decorated the pumpkins and raced them down a hill, with people from all over coming to attend.

“My husband and I stopped, we looked at each other, and we both pointed fingers at each other saying that would be great for Breast Cancer Awareness Month,” she said. “Of course it was too late in 2019 for us to pitch it and then COVID hit. So this year, when things started finally opening up and we had our first meeting I pitched it to the committee and the committee loved it.”

The event will allow for participants to bring their decorated pumpkins to race down Rand Drive to compete for the fastest times, with winners receiving prizes in each of the following categories: Youth, Teen and Adult. Registration will begin at 10 a.m. with racing beginning soon after, depending on how long it takes to register participants. To register, a $10 fee will be required, along with names and phone numbers to use to contact participants in case they can’t stay through to the end of the event to see if they placed and won a prize.

When people register, they will receive a wristband with a number that matches the number that they’re going to put on their pumpkin. From there, they’ll be directed over to the judge’s table, which will include DJs from 94 Rock and Froggy 97, to be judged on design and originality. The designs don’t have to have something to do with breast cancer awareness, it can be whatever participants want it to be. In each category, the first place winner of each one will win a $50 Amazon gift card, as well as a trophy, for the best decorated pumpkin.

“I’m really hoping for a great turnout. I’m so excited for it,” Ms. Walters said.

The road will be blocked off and there will be space on either side for spectators to watch the races unfold.

The divisions will be as follows: Youth ages 5 to 12, Teen from ages 13 to 18, and Adults 19 and older. There will be top three prizes for the race for each category, and the Youth And Teen category winner will get both trophies and prizes, where the adults will get just prizes. For Teen and Youth, first place winners for the race will get a $50 Visa gift card with a trophy and second and third place get a $25 Visa gift card and a trophy. The adults get a $50 gift certificate to the Grill at the Hilton Garden Inn for first place and second and third place will get a $25 Piezanos gift card. Reczkos Xtreme Cornhole is also giving away free cornhole play for every winner in every division. The day of the event, courtesy of Reczkos, there will also be a raffle for a birthday party worth $200.

Along with Xtreme Cornhole, sponsors for the event include RBC Wealth Management, Piezano’s and the Grill at the Hilton Garden Inn.

The granddaughter of Don Boshart, director for the American Cancer Society, will sing the national anthem before the races begin.

With the event taking place the weekend before Halloween, participants and spectators are encouraged to come in their Halloween costumes.

The following weekend, just down the road from Rand Drive, the Jefferson County Fairgrounds will play host to the North Country Goes Pink Breast Cancer Walk on Saturday, Oct. 30, at 10 a.m.

Breast cancer awareness is not only important to Ms. Walters as a member of the committee for North Country Goes Pink, she also has a personal connection with her mother being a 45-year survivor and herself currently having what is called carcinoma in situ — she is pre-breast cancer and has to be monitored every year.

“I’ve been like that for the last like three years, but every day is a good day and it’s just very close to me,” she said. “I’m very blessed that my mom’s still with me and she’s quite a fighter, God bless her.”

As for how participants connect wheels to their pumpkins, some may opt to use a rod to go through and attach wheels on each side, while others might just screw wheels right into the pumpkins with a little base. So long as they are on four wheels, they can even be on little platforms for this first year. That might change in the future, but Ms. Walters said she didn’t want to make the rules too restrictive starting out in the first year.

One thing that will not be allowed will be motors of any kind, and the entries must be pumpkins — no substitutes will be accepted.

This is one rule that will be taken very seriously, with Mr. Boshart as a “Smashinator” on standby so anyone who tries to use anything other than a pumpkin will have to face him, where he will take a mallet and smash the fake pumpkins.

“This is really a unique idea and I think this would be a great gathering way to fight against breast cancer,” Ms. Walters said. “It involves children, teens and adults, family and friends all just getting together and having a good time.”

For more information, Ms. Walters can be reached at greatpumpkinderby@gmail.com