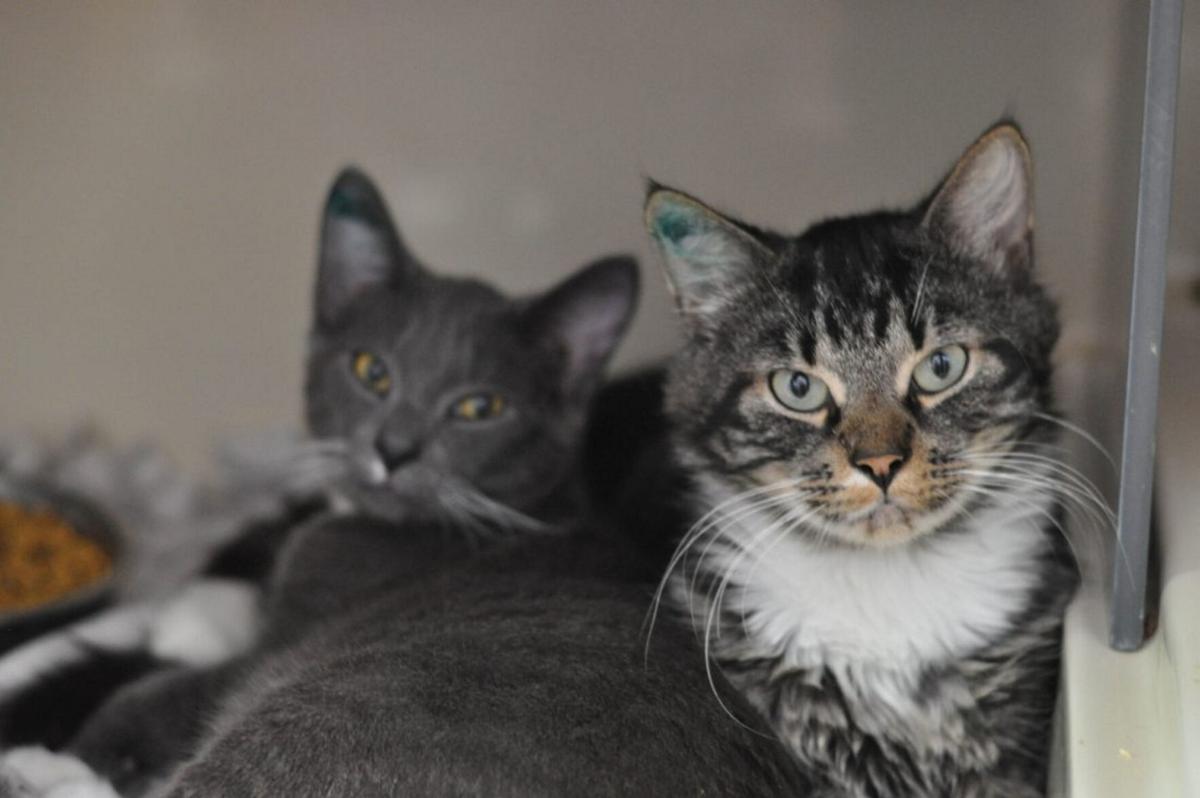 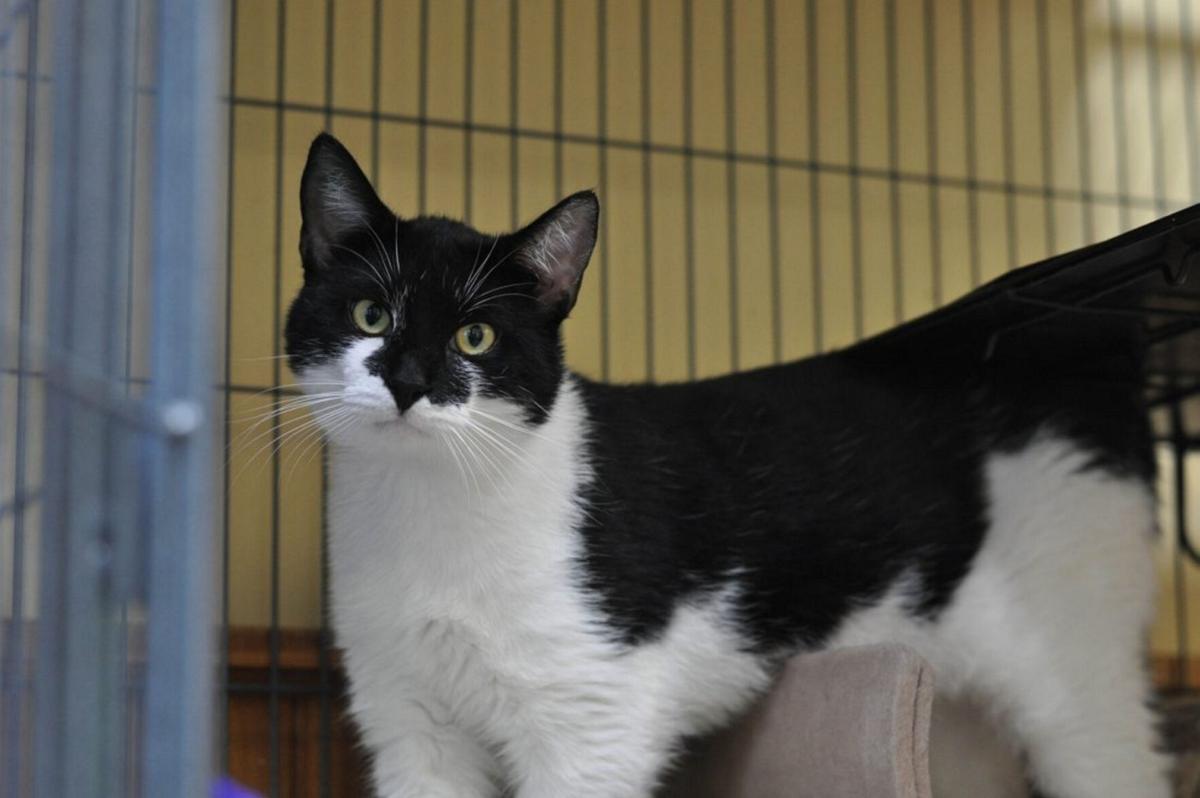 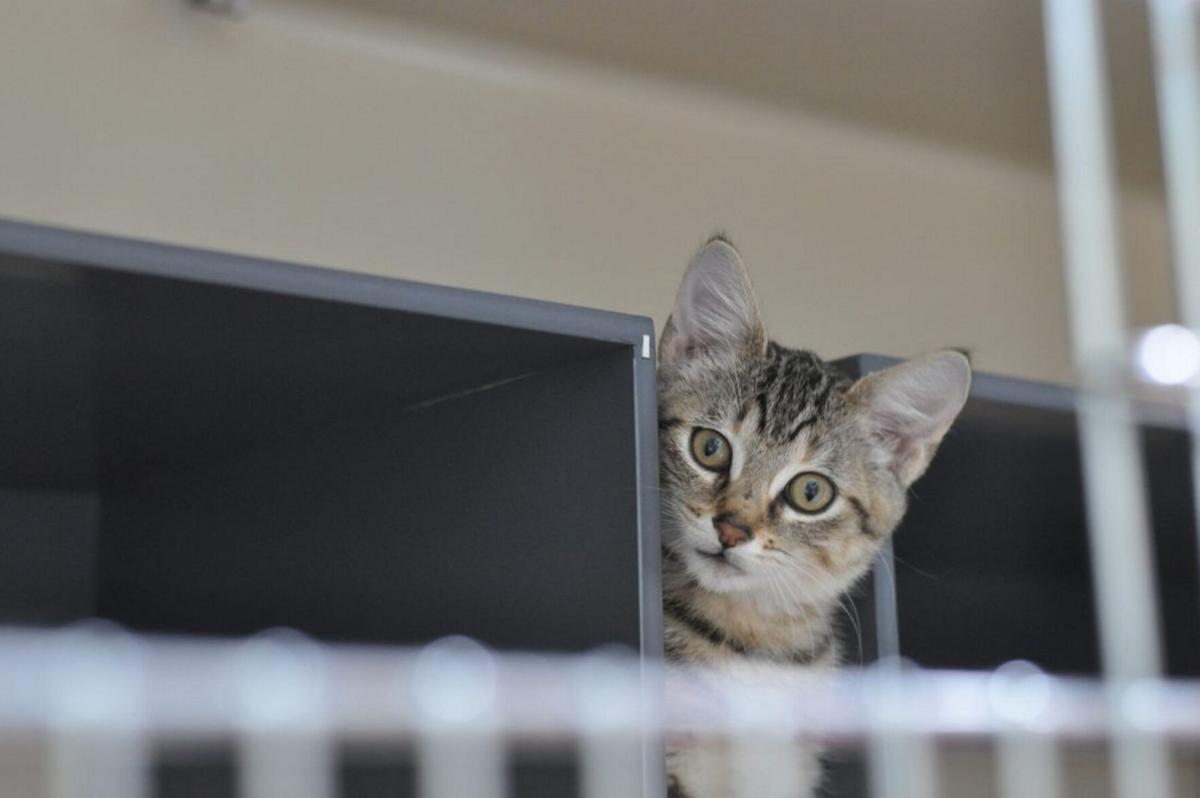 SARANAC LAKE — Of 35 cats that Tri-Lakes Humane Society manager Lena Bombard helped remove from a house outside of St. Regis Falls on Aug. 21, 16 are now ready for what in the rescue community are called “forever homes.”

The pet-hoarding case is pending, so Bombard can’t talk about it. What she could talk about was a black-and-white cat named Brandon, who stretched out a paw to play. He and 31 others came back to Saranac Lake with Bombard, while three went to the St. Regis Falls Cat Palace. One, a kitten, died after being taken to a nearby veterinarian.

“They were running inside and outside, overrunning everything there,” Bombard said.

“That situation got out of hand,” said Donna Bailey at the Cat Palace. “It started out with a few and ended up with over 50.” Bailey said that she couldn’t take more than three. “St. Regis has over 90 cats right now,” she said. “Malone has over 150.”

So Bombard took them, going back twice to get more after many cats initially fled, and bringing them back to the Saranac Lake animal shelter. There the cats were assessed, tested for disease, given medical treatment if needed, vaccinated, microchipped, and scheduled for spaying and neutering. One of the cats had two young kittens; more cats may give birth in the coming weeks.

The 16 males are ready for adoption, as well as the 20 cats the Tri-Lakes Humane Society had prior to the alleged hoarding case. Some of those came from a previous hoarding case, in July in Plattsburgh, where 20 cats were rescued. The females from the new case are still in the process of being spayed, but those interested in adoption can submit applications.

Because of all the new cats, Tri-Lakes is offering half-off adoption prices for the month of September, at $40.

The new cats have all been named, with many names coming from TV shows, including characters from “90212,” “Jersey Shore” and others. “We were running out of male names,” said Bombard.

A kitten named Chai who’d been rescued from a Dunkin’ Donuts parking lot peered out from her cage; a sign on her door earmarked her as having been adopted and now just waiting to go home.

Bombard said there may be more from the St. Regis Falls case as cats return to that house. She’s asked the woman involved with the case, who is still living in the home, to contact her.

“I told the owner [of the house and cats] to stay in touch,” said Bombard. “We could have prevented this if we’d been involved.”

With uncertainty because of the COVID-19 pandemic, both Bombard and Bailey stress that they can provide support not only to pets but pet owners. The Tri-Lakes Humane Society has free food available for pet owners who may need it, vouchers to help with spaying and neutering, and a list of local landlords who allow pets.

“Anyone who needs food, we have supplies, we have food, litter, litter boxes,” said Bailey. “If nothing else, we can help them get fed. We average 10 calls a day for help.”

And call them to help, which is what adopting a cat or kitten would be.