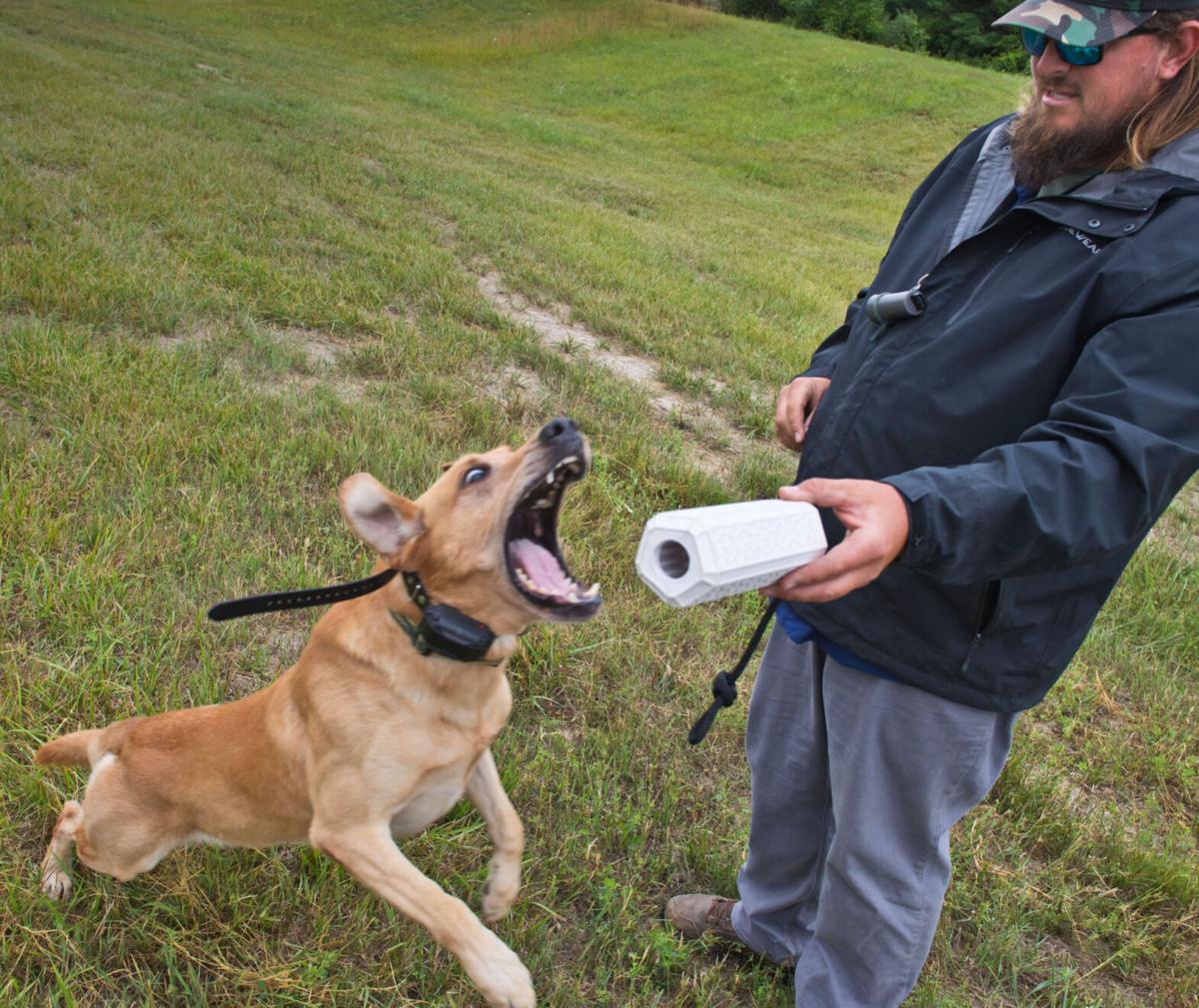 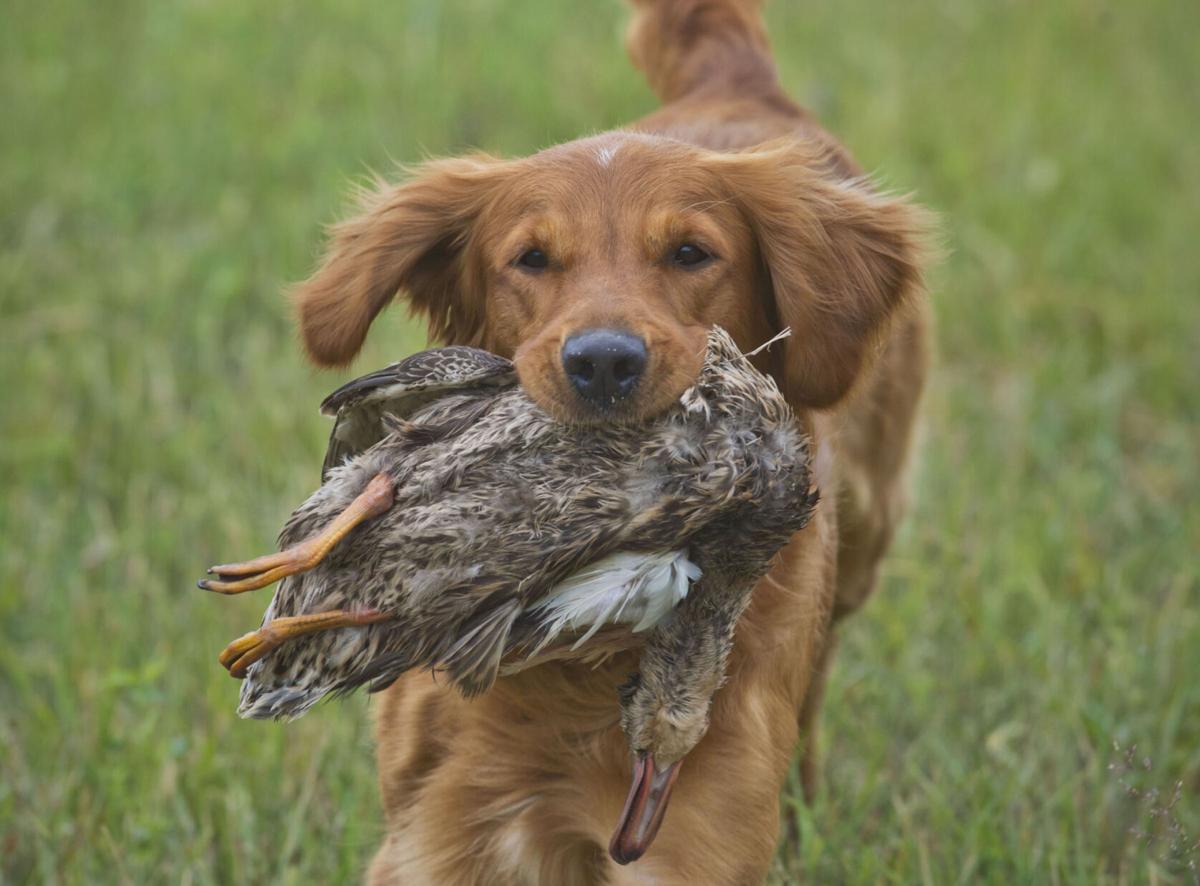 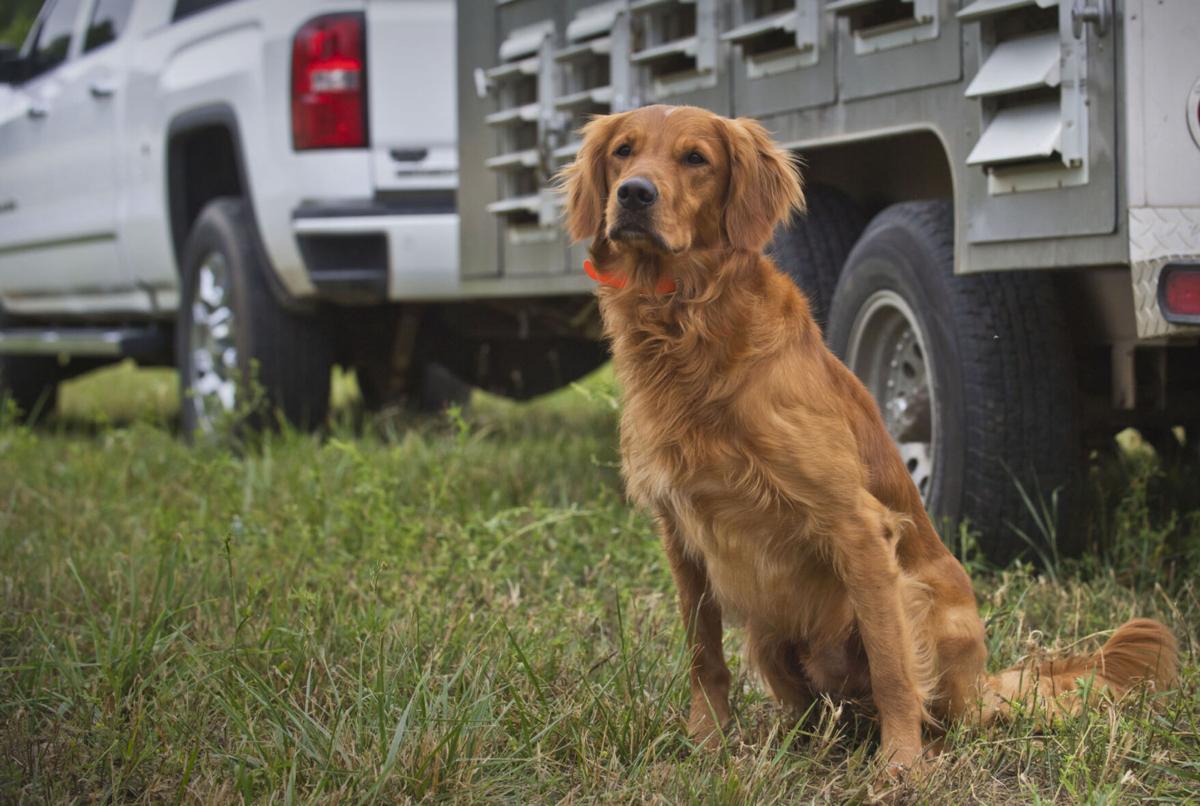 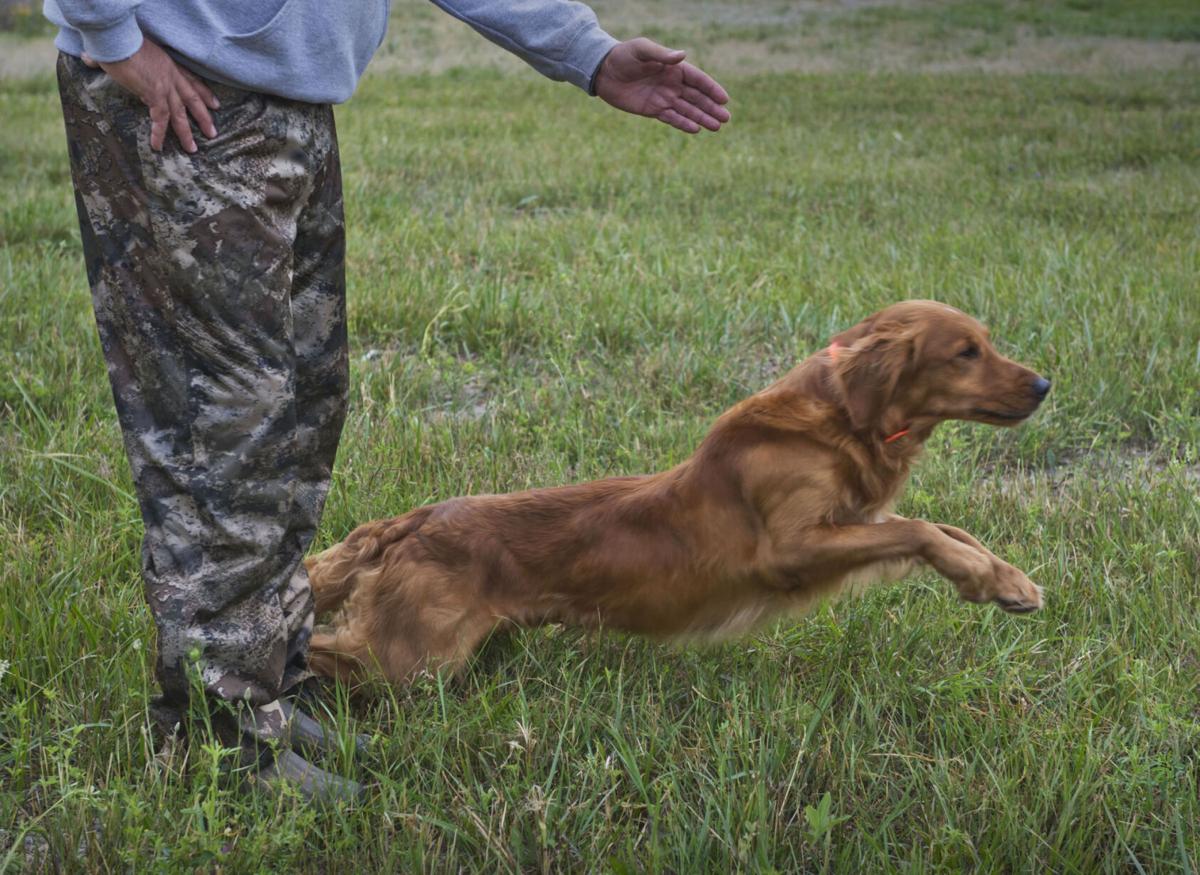 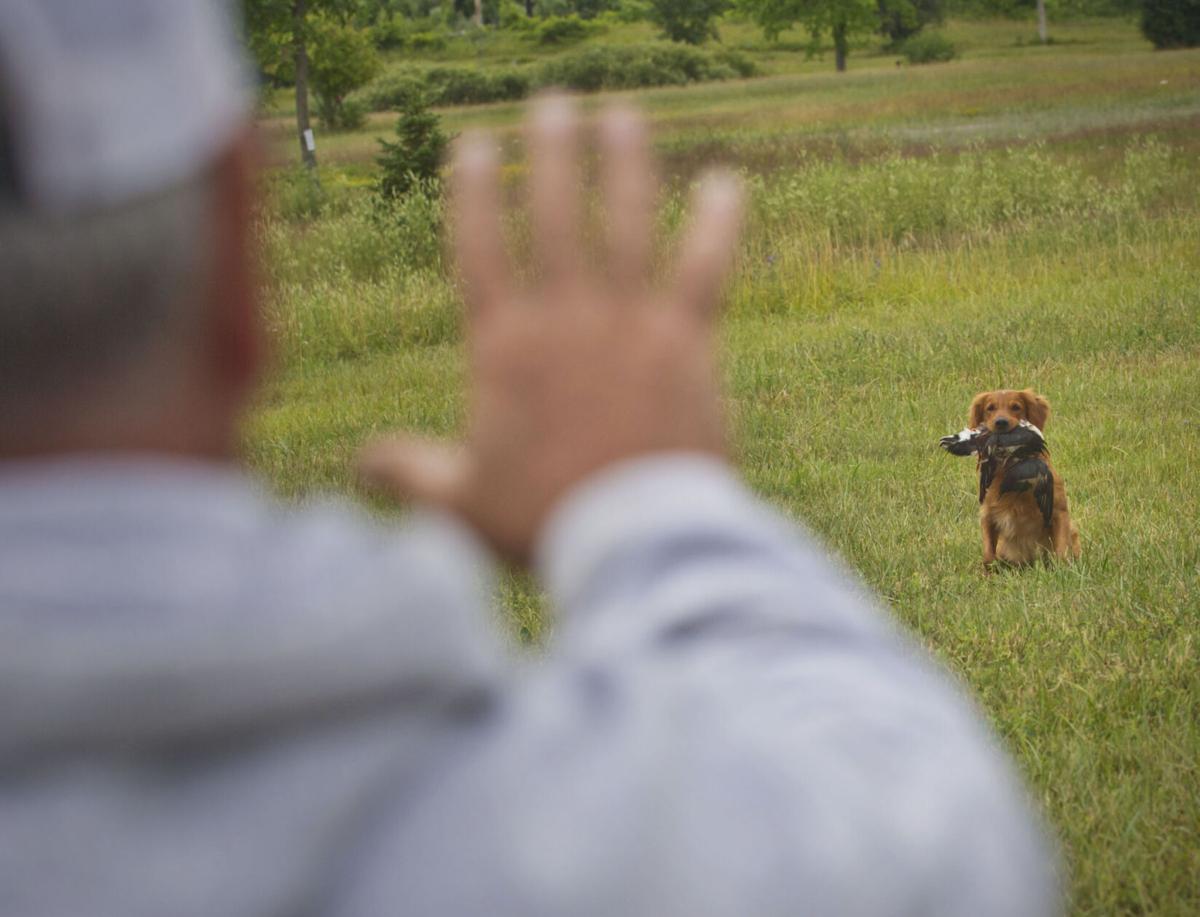 At a distance, a hand signal by trainer Jeff Young gets Ben to stop on his return with a recovered duck at the Massena Retriever Training Grounds. Christopher Lenney/Watertown Daily Times 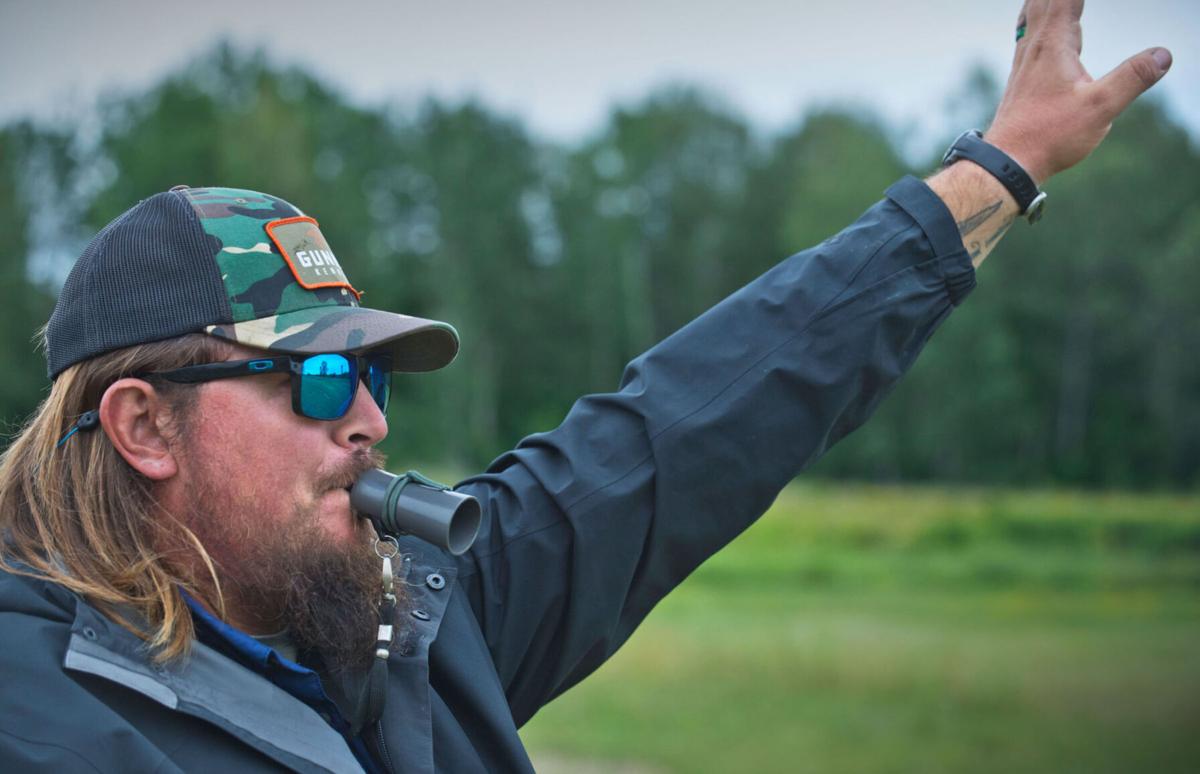 Trainer Michael Demmer uses a whistle to get a dog’s attention and hand signals to direct the dog to the recovery spot. Christopher Lenney/Watertown Daily Times 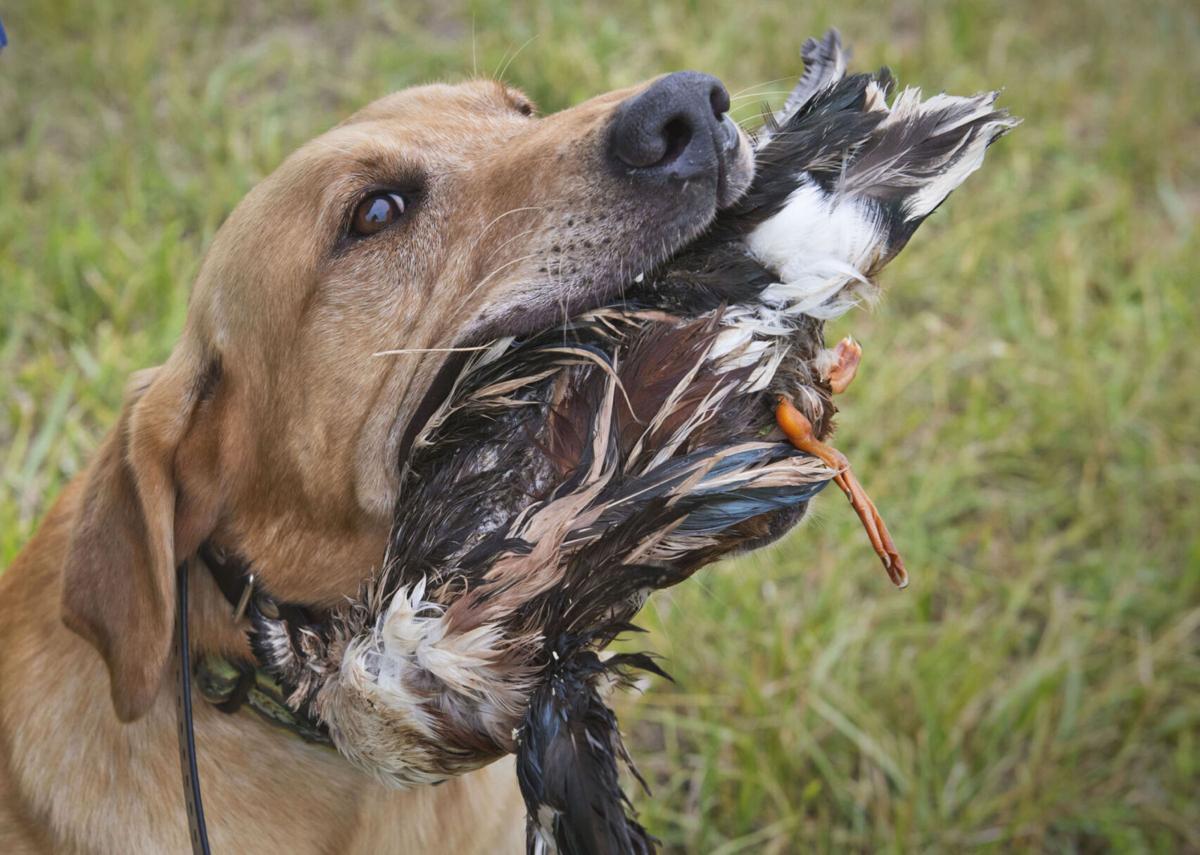 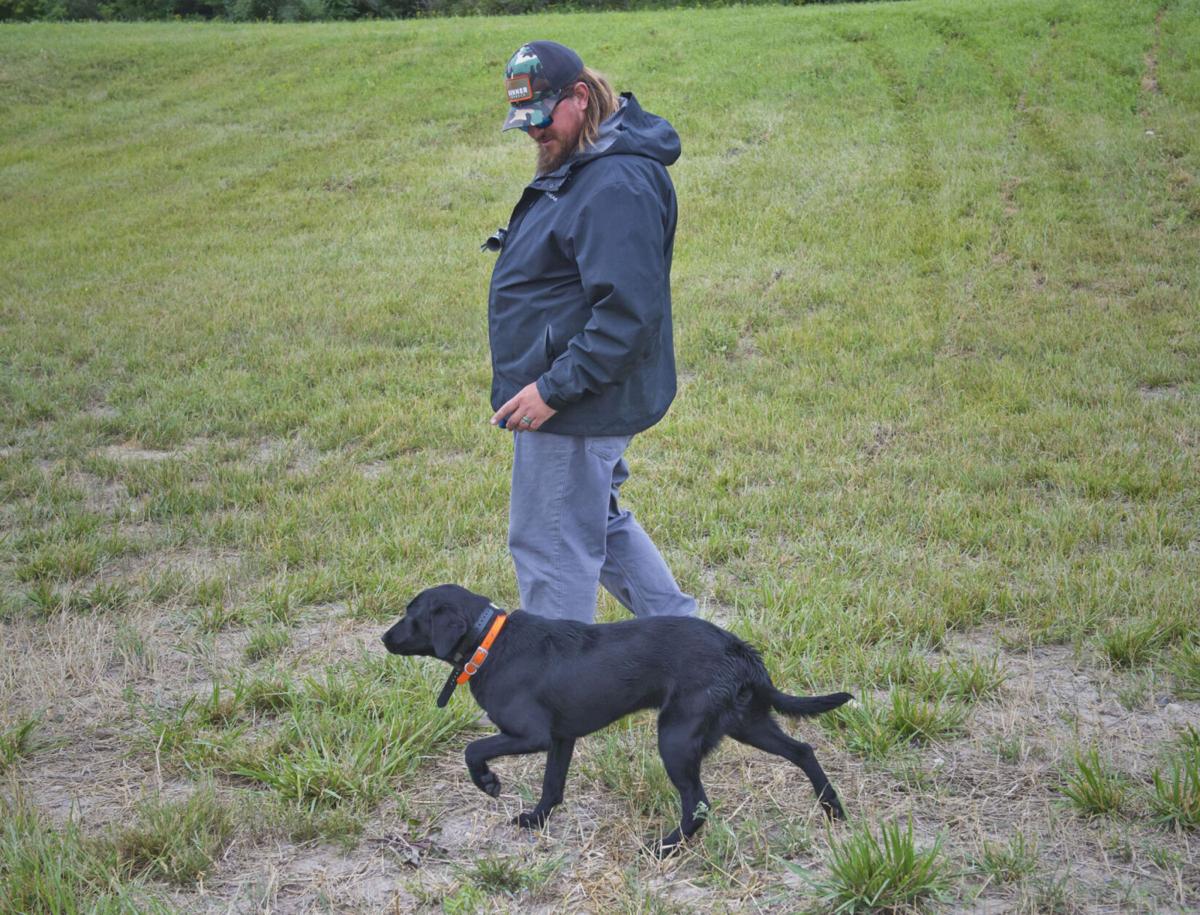 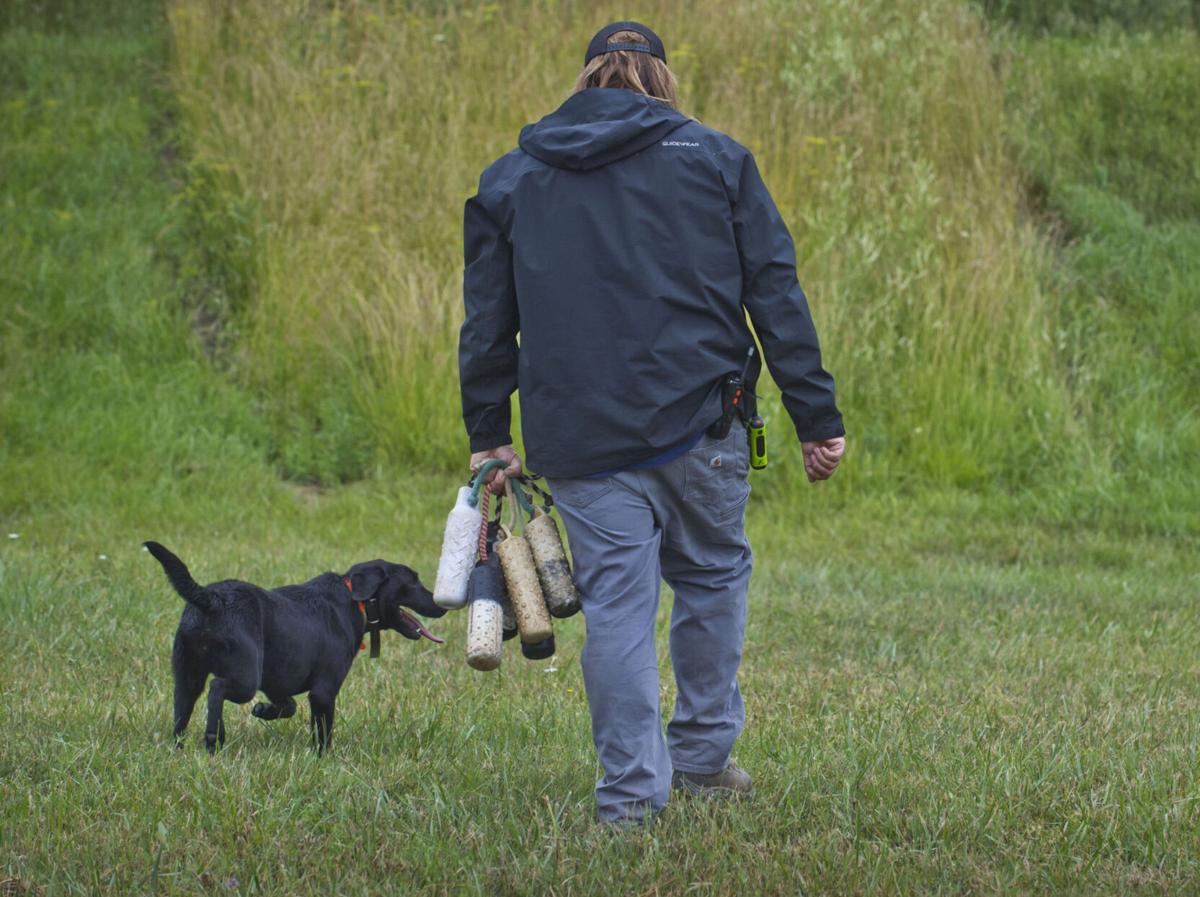 At a distance, a hand signal by trainer Jeff Young gets Ben to stop on his return with a recovered duck at the Massena Retriever Training Grounds. Christopher Lenney/Watertown Daily Times

Trainer Michael Demmer uses a whistle to get a dog’s attention and hand signals to direct the dog to the recovery spot. Christopher Lenney/Watertown Daily Times

MASSENA — When the temperatures start rising in the south, three retriever training professionals head north to train their dogs at the town of Massena’s Retriever Training Grounds on Route 131 near the Massena Intake.

“I love it up here. I grew up in north central Pennsylvania. There are a lot of similarities,” said Jeff Young, who travels to Massena from North Carolina.

Joining him at the training grounds, a labor of love for Massena’s Tony Zappia, are Michael Demmer and Shawn Simms from Alabama.

“The temperature is in the 90s today (in Alabama),” Mr. Simms said.

Mr. Demmer was already familiar with Northern New York. He served with the 10th Mountain Division at Fort Drum before he was injured in an IED explosion in Iraq during one of his three tours of duty there.

“I spent more time in Iraq than Drum,” he said.

The men and their dogs stay south for the spring and fall seasons. He knew that when the temperature cranked up in the south, Northern New York, and particularly Massena, offered ideal grounds for training the dogs. Mr. Simms said, as they were looking for training spots, the question came up, “What about New York instead?”

Mr. Demmer said he was linked up with Mr. Zappia and found out that Massena could accommodate them. Mr. Zappia has been working on creating the training site since August 2015.

“They told me they built a big place in Massena. I looked Tony up through the almighty Facebook,” he said.

What they found was a training site of 40-some acres, similar to what they have at their homes. Town of Massena officials had initially allocated $15,000 for the project, and the St. Lawrence River Valley Redevelopment Agency awarded a $20,000 grant in 2019. There was no local match for the RVRDA grant, which was written by Business Development Corporation Executive Director James Murphy and Mr. Zappia, who is also a retriever dog owner and trainer.

That funding was used to complete landscaping and drainage issues near the site’s Technical Training Pond, and to construct a protective fencing along the grounds.

“We all work our own ground, places just like this. We can get more out of the dogs up here. They love it,” Mr. Demmer said.

Mr. Young said the trio comes to Massena separately, but are here for the same time. This year, it’s for a two-month stay before heading back down south. While here, they’ll replicate and put their dogs through the paces that they would face in competition.

When they’re competing, the dogs do a lot of traveling. Mr. Simms said he had been in Wisconsin a week ago. A week prior, he was in South Dakota.

The same for Mr. Demmer, except his recent travels have taken him to Maine and Georgia.

While it’s a two-month stay this year, Mr. Simms said it could be extended in the future if everything works out.

“I want to come every year,” Mr. Demmer said. “To be serious in our profession, you have to go somewhere to be competitive.”

After visiting the training grounds and meeting the men, Deputy Supervisor Samuel D. Carbone Jr. wrote a Facebook post that stressed the importance of the facility.

“They are professional trainers who lodge in the area and shop at our stores and eat at our restaurants. When we get the Massena Retriever Training grounds finished under Tony Zappia’s lead there will be opportunities for large scale dog training trials, which spurs more interest in our community for tourism and industry,” he said.