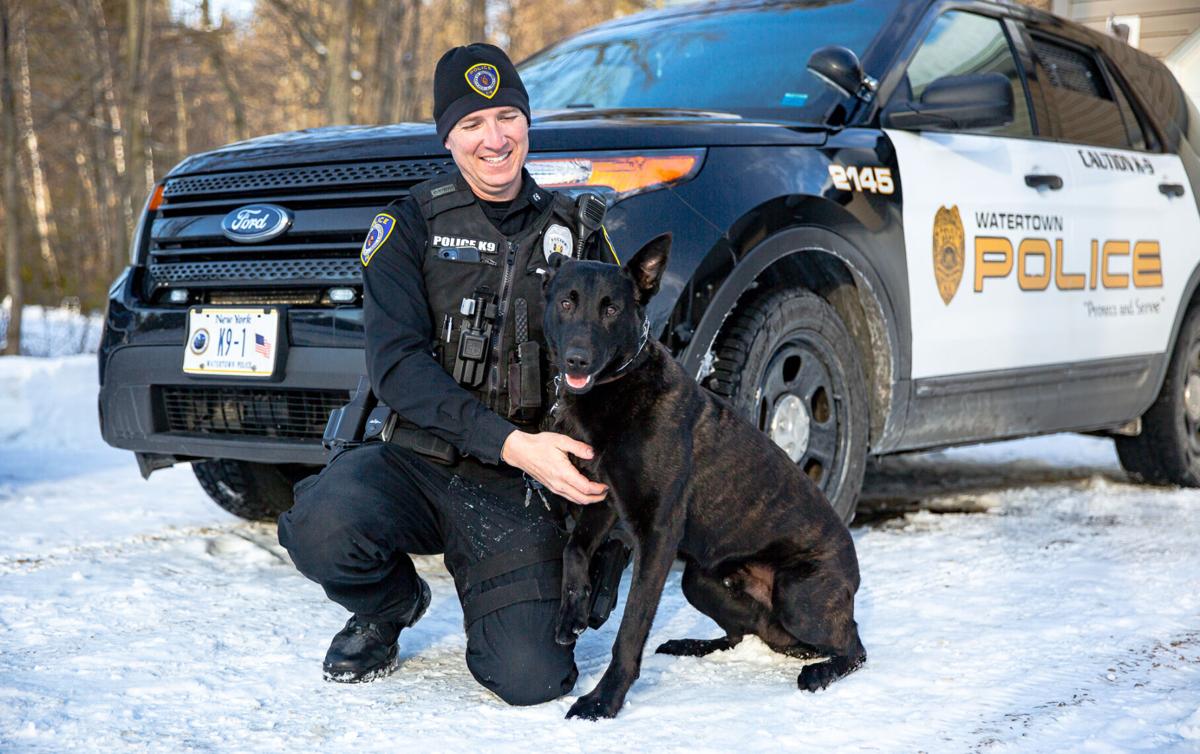 Watertown police officer Michael S. Maney with his new K-9 partner, Jochie, who has been on the job for two weeks, seen here Thursday at their residence in Watertown. Kara Dry/Watertown Daily Times 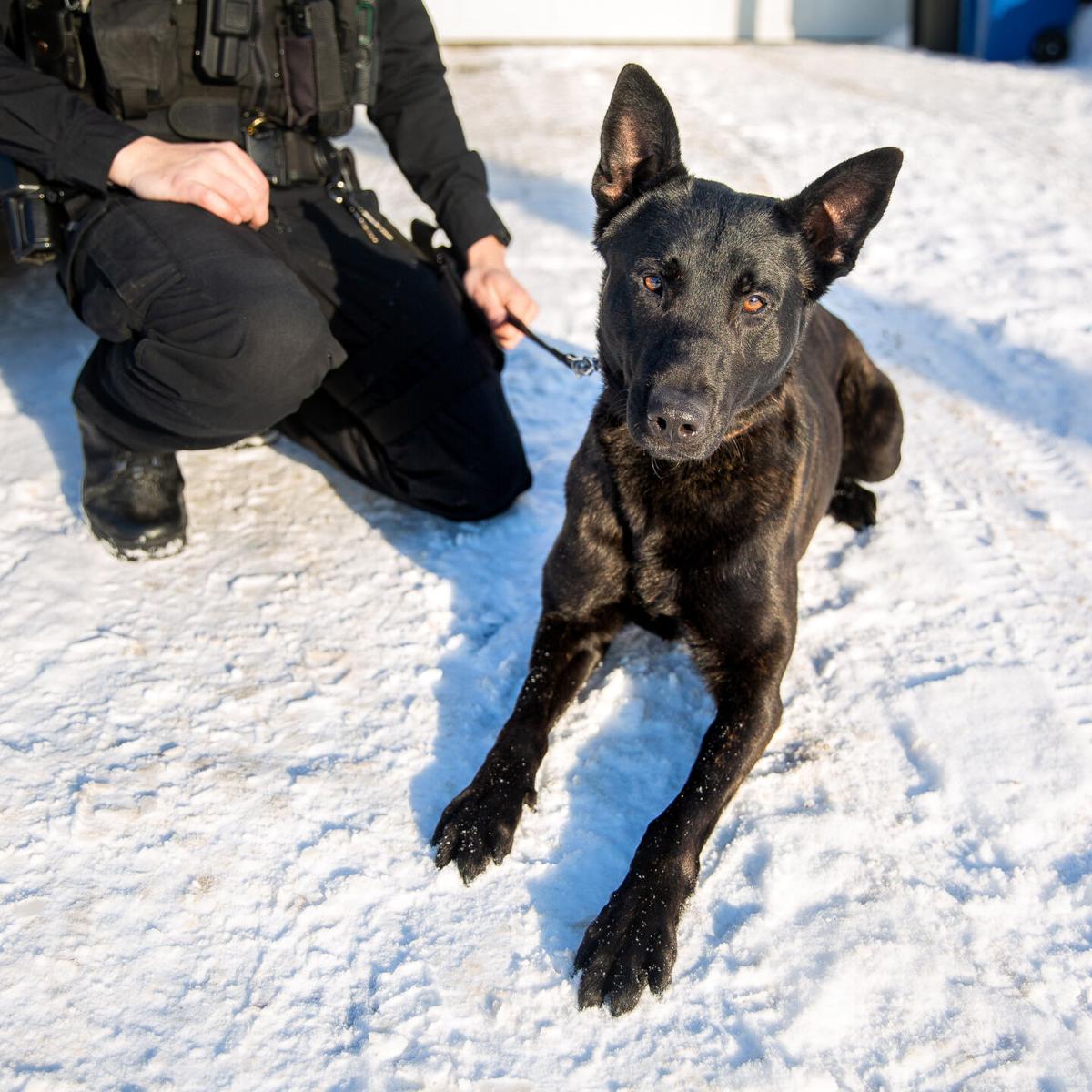 Watertown police officer Michael S. Maney with his new K-9 partner, Jochie, who has been on the job for two weeks, seen here Thursday at their residence in Watertown. Kara Dry/Watertown Daily Times

Veteran K-9 Officer Maney started going on patrol with a new partner, Jochie, a Dutch shepherd dog who trained for months in Pennsylvania before the puppy started his new job last week.

Jochie replaces Nico, a beloved K-9 crimefighter who retired his badge in December.

The two new partners are still getting acquainted with each other.

Jochie knows what to do, while Officer Maney still has to pick up the dog’s signals when the puppy is on a leash, he explained. He’s just got to get used to the 18-month-old puppy.

“He’s very much a young puppy,” Officer Maney said. “He’s got a lot of energy.”

But already Officer Maney has noticed that Jochie “is a people person. He likes people. He’s a very happy puppy.”

A group of residents stepped up and donated thousands of dollars to help the officer find his new job partner and with getting the training that Jochie needed. The North Country Kennel Club also provided an outdoor kennel and house for Jochie.

Nico’s active life and work as a K-9 dog has changed.

Officer Maney can tell Nico misses going out on the road with him. Nico gets excited when the police officer is getting ready for work and has to be kept occupied until the officer leaves.

The 9-year-old German Shepherd and the police officer were partners for eight years before Nico hung up his badge. Nico was involved in hundreds of drug busts and other police calls during his career.