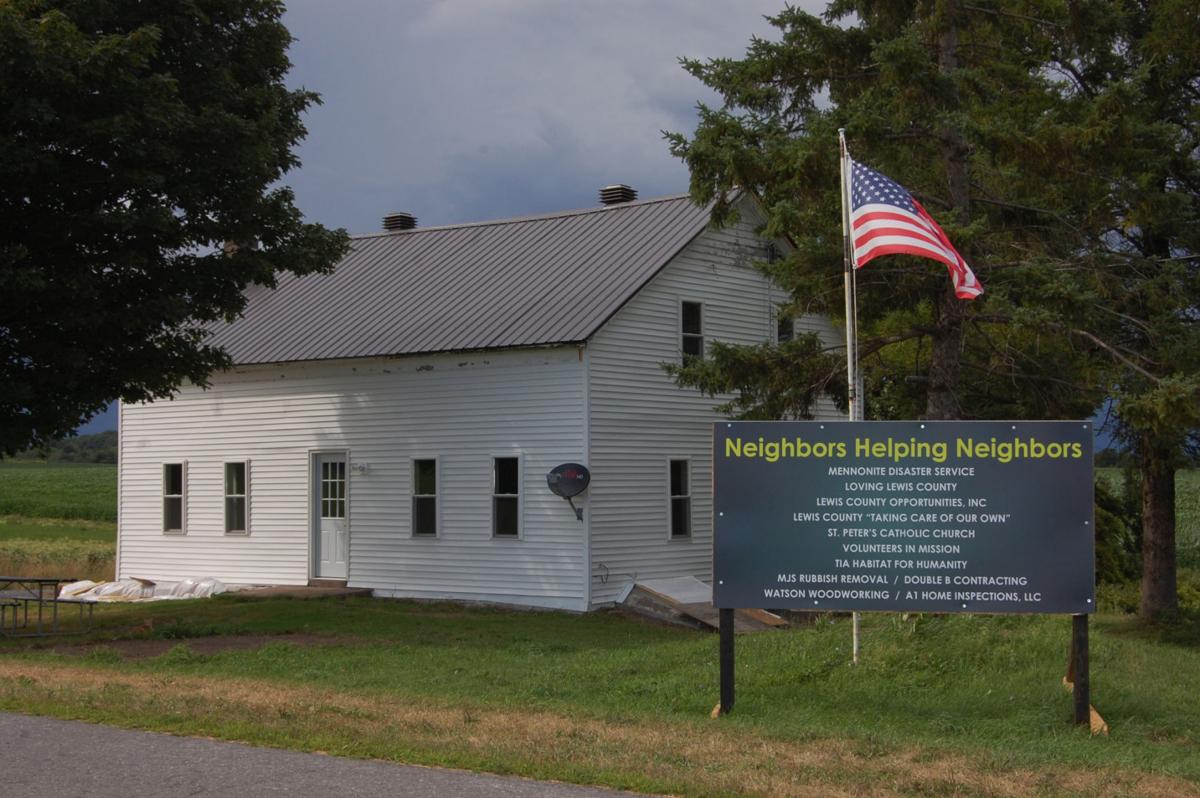 Elaine M. Avallone/Johnson NewspapersThanks to neighbors who donated their time and talents and agencies which supplied building materials, the Leviker home on Arthur Road was basically rebuilt. 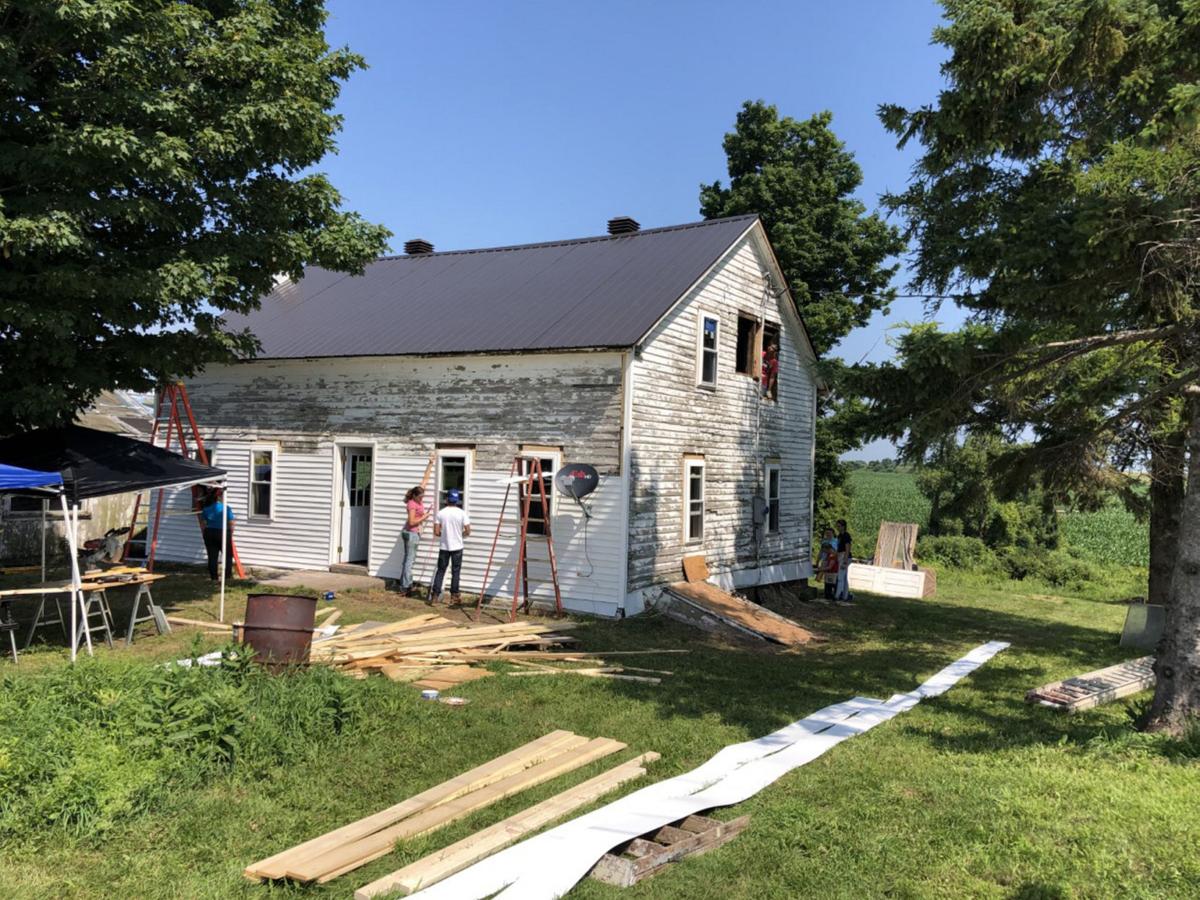 Photo submittedIn need of much repair, volunteers from churches, community organizations and agencies came together to replace windows, door and the roof at the Leviker home on Arthur Road. In addition vinyl siding was installed.

Elaine M. Avallone/Johnson NewspapersThanks to neighbors who donated their time and talents and agencies which supplied building materials, the Leviker home on Arthur Road was basically rebuilt.

Photo submittedIn need of much repair, volunteers from churches, community organizations and agencies came together to replace windows, door and the roof at the Leviker home on Arthur Road. In addition vinyl siding was installed.

What started as a neighborly concern about an unkempt lawn turned into a major renovation project for a couple on Arthur Road.

“Paul (Platz) stopped by and asked if we needed help,” said Sandy Leviker, who owns a home with her husband Larry. She said because of health issues the home had fallen into disrepair and the grass was waist high.

“My neighbors mowed and then they brought in Ed Knapp,” said Mrs. Leviker.

Mr. Platz, a retired school teacher, said he realized the Levikers were in need of more than lawn care. The roof had leaked over the winter and caused damage throughout the interior of the house. He contacted Mr. Knapp, with whom he had volunteered with the Thousands Island Area Habitat for Humanity.

Because of the scope of work which was needed to create a safe living environment for the couple, other organizations were contacted for assistance. As a result several churches and community action organizations joined forces.

“They took down the old roof and replaced it with a steel roof in one day,” noted Mr. Platz.

According to Mr. Mantle, the volunteers with the group come each summer to help with projects as referred by various agencies in the area.

Volunteers, who came from Pendelton Center United Methodist Church in North Tonawanda, near Buffalo, agreed to help with the Arthur Road project.

“They were asked to remove existing window and doors, replace them and reside the house,” said Mr. Mantle, noting it took the group of 15 adults and youth five days to complete their task.

“It was an excellent project especially with multiple agencies coming together to basically completely rebuild the home,” said Mr. Mantle.

While in Lewis County the North Tonawanda group did two other projects, Mr. Mantle said.

Lewis County Opportunities through their critical needs program funded a door for the project.

Loving Lewis County demolished an existing garage on the property and Habitat for Humanity volunteers helped with construction and clean up.

“It was gratifying to see many of the community organizations come together to support a local family in need,” said Mr. Knapp.

“We love them,” Mrs. Leviker said of those who helped. “They were wonderful. We would not have been able to do this without their help.”

The Lewis County natives have lived in their Arthur Road home since 1978.

“We stay in Lewis County because of our neighbors — we wouldn’t live anywhere else. We really appreciate everything they did.”

Mr. Platz said the work continues with putting final touches on the siding and looking into updating the electrical system and insulting the home.

“It’s been a wonderful experience with all the groups helping,” said Mr. Platz. “It’s a great thing to be a part of — a great group of people to work with. It’s good to have people know there is help out there. There are avenues to help out here in Lewis county. I know there are other people in same situation as Levikers and they need to know that there is help.”