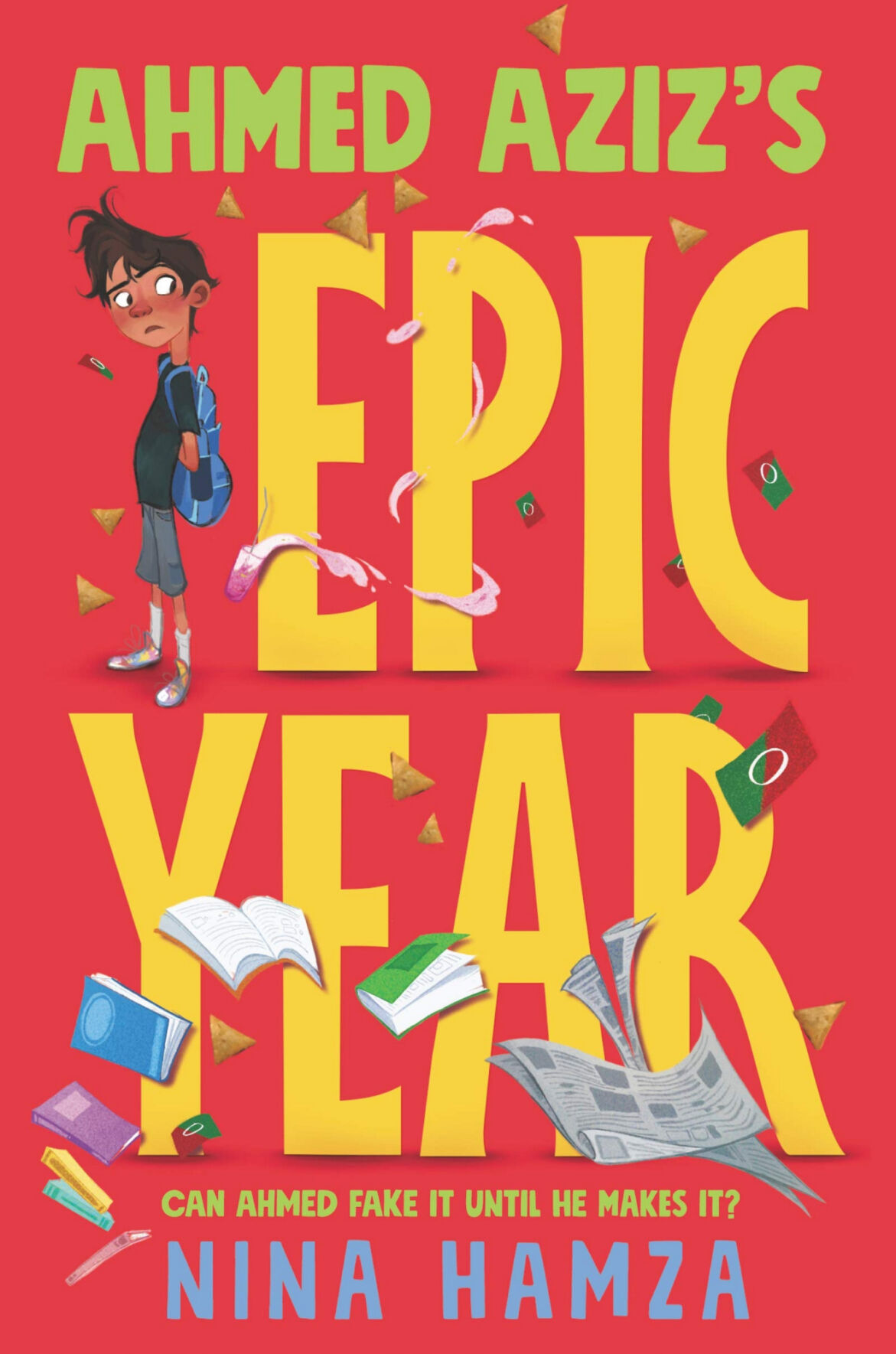 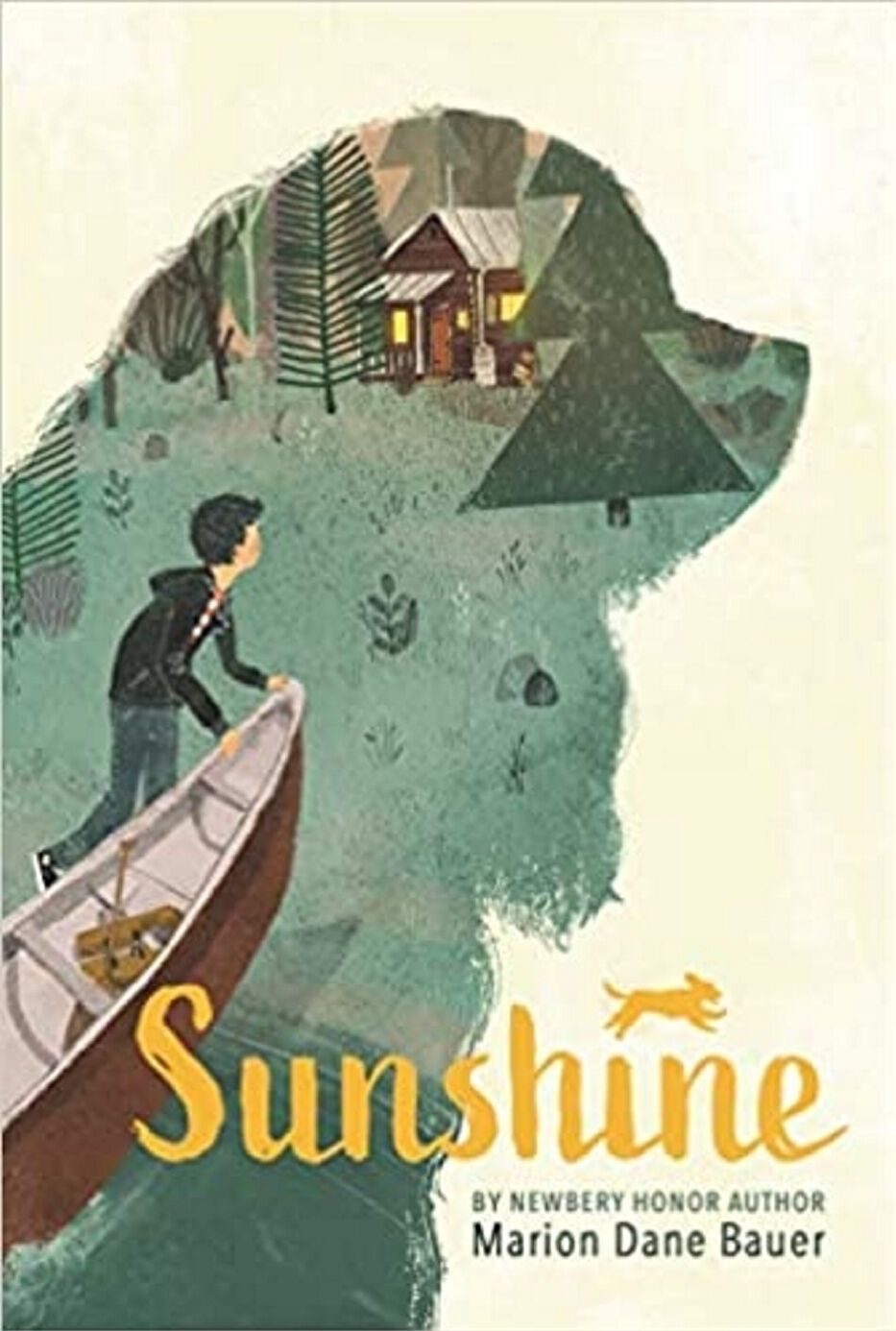 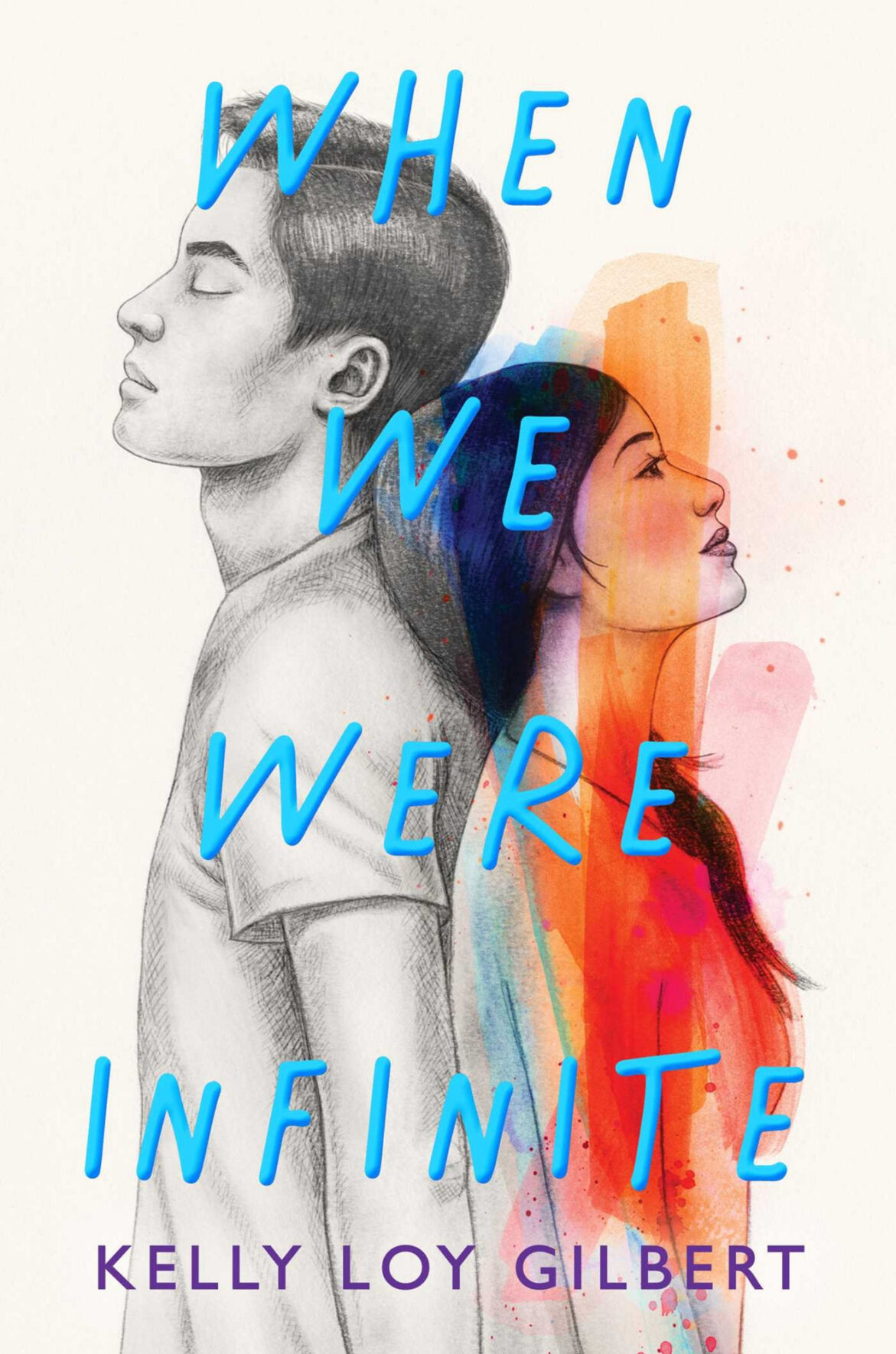 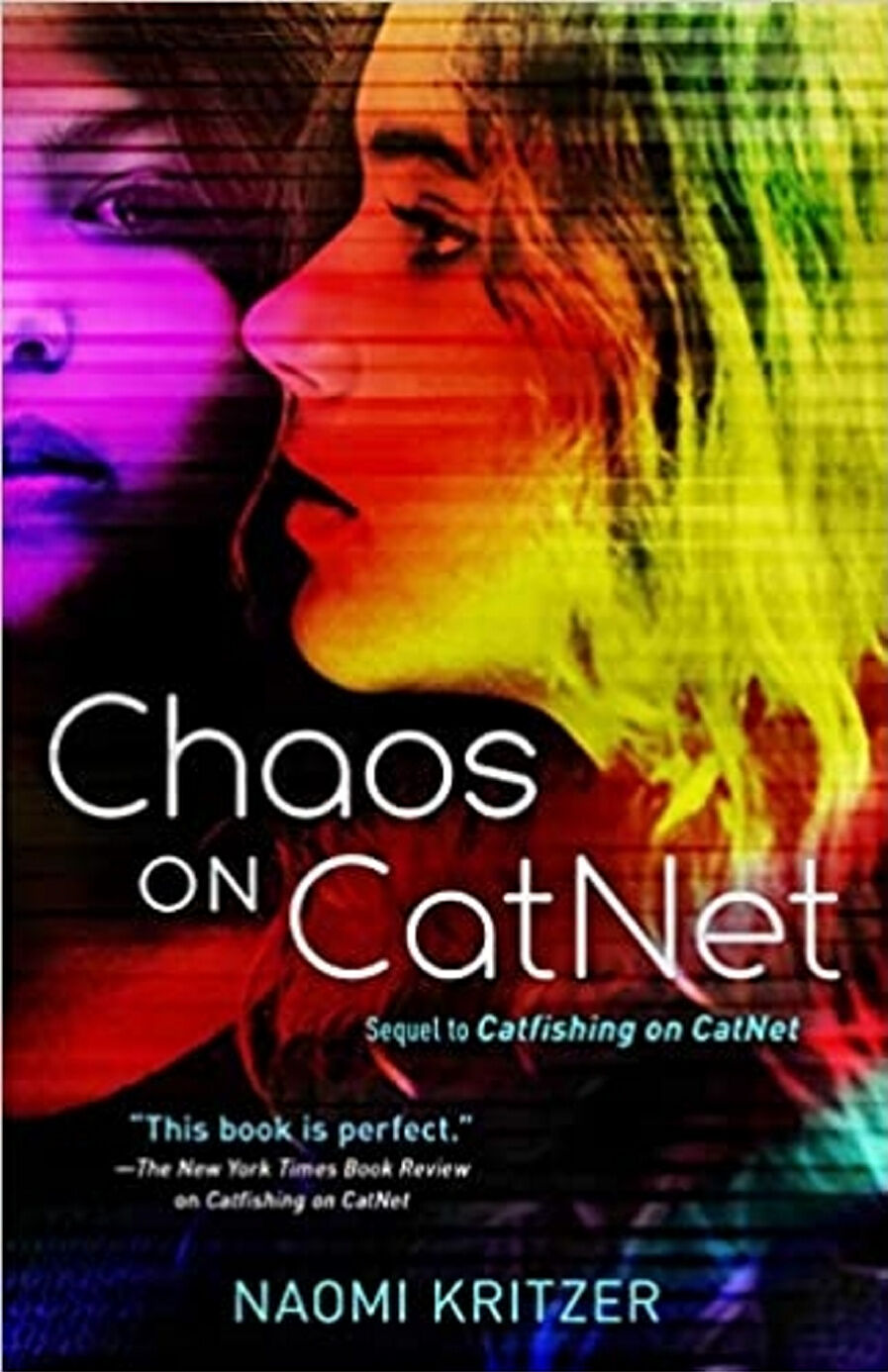 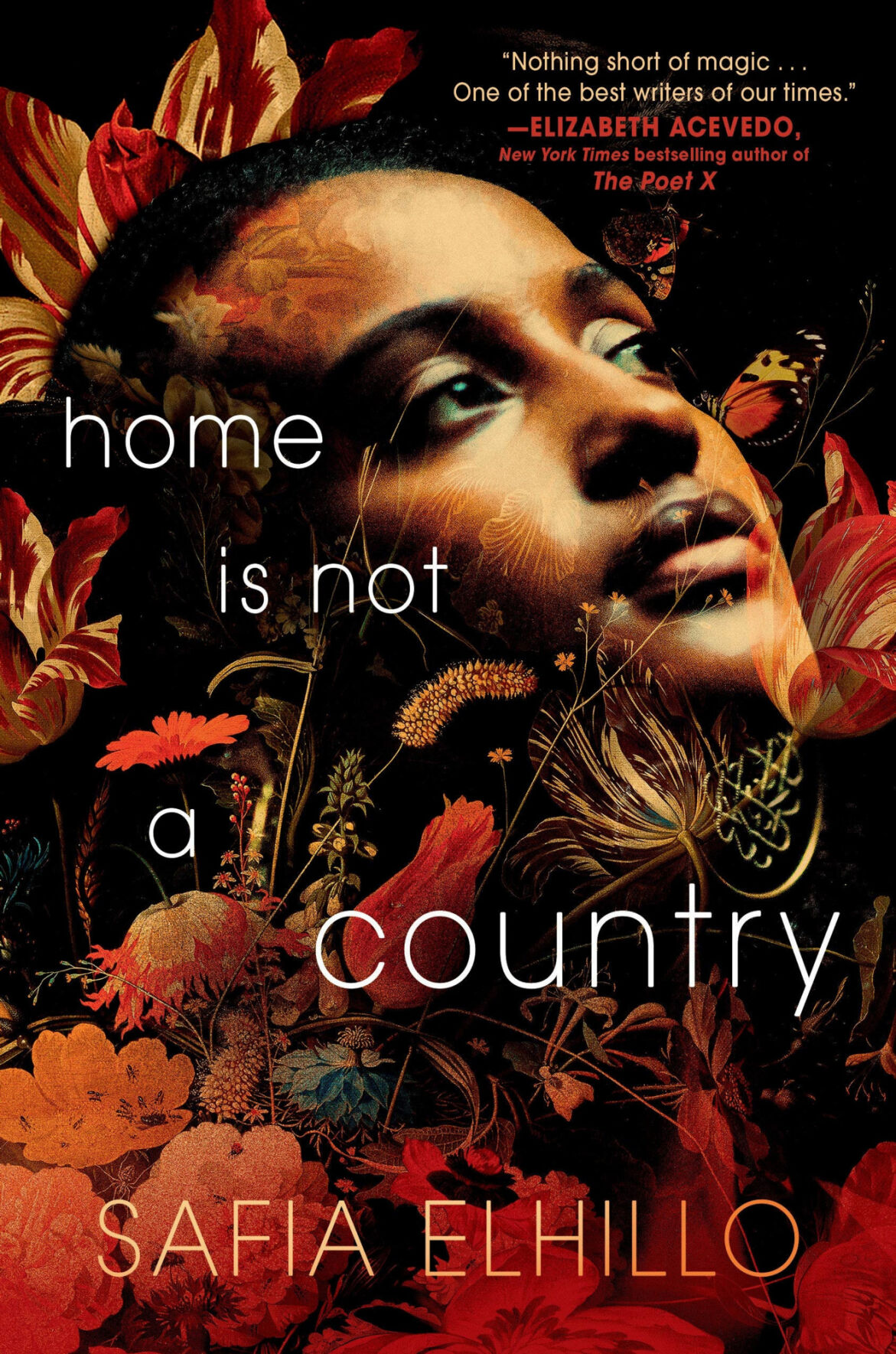 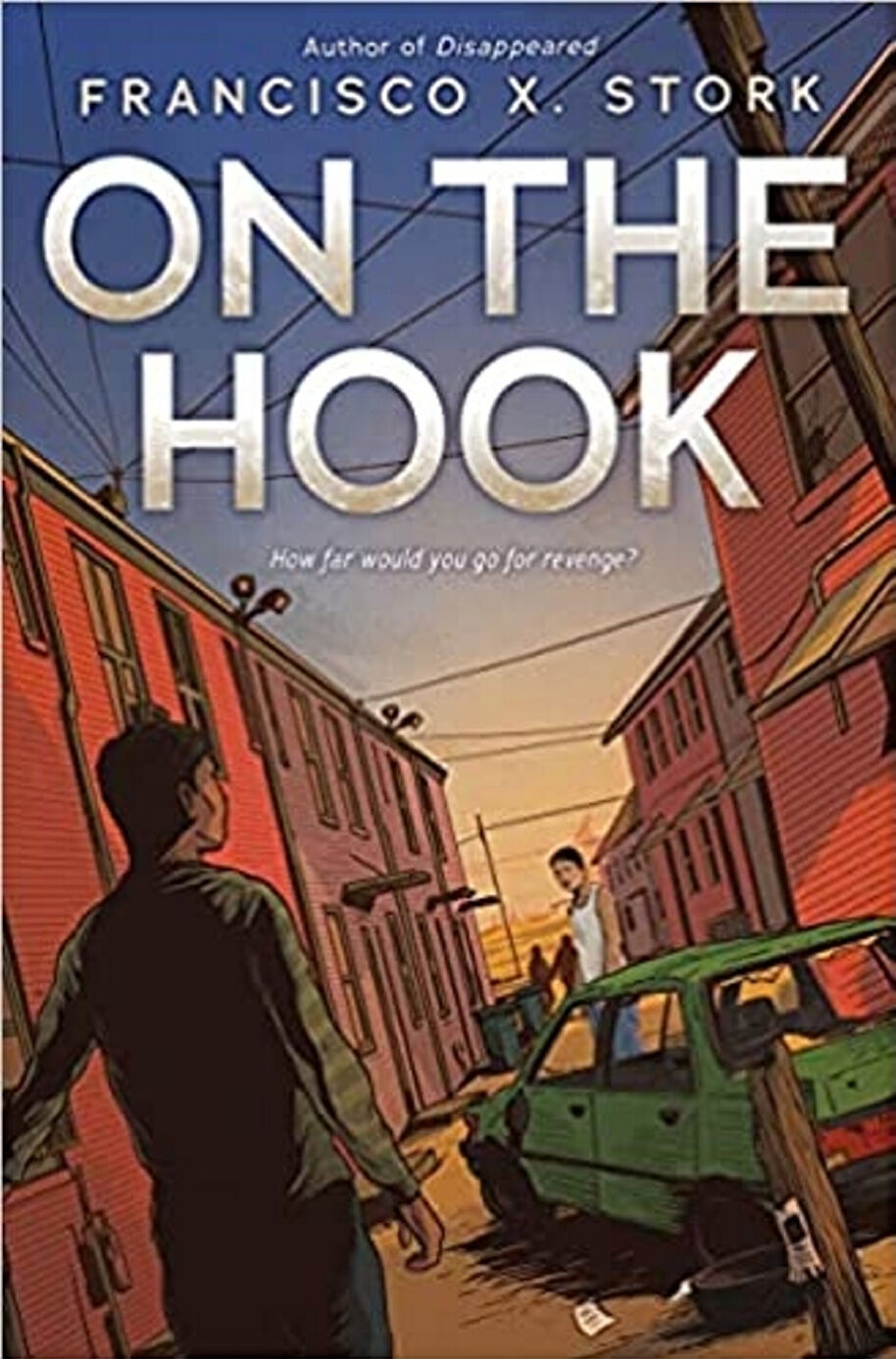 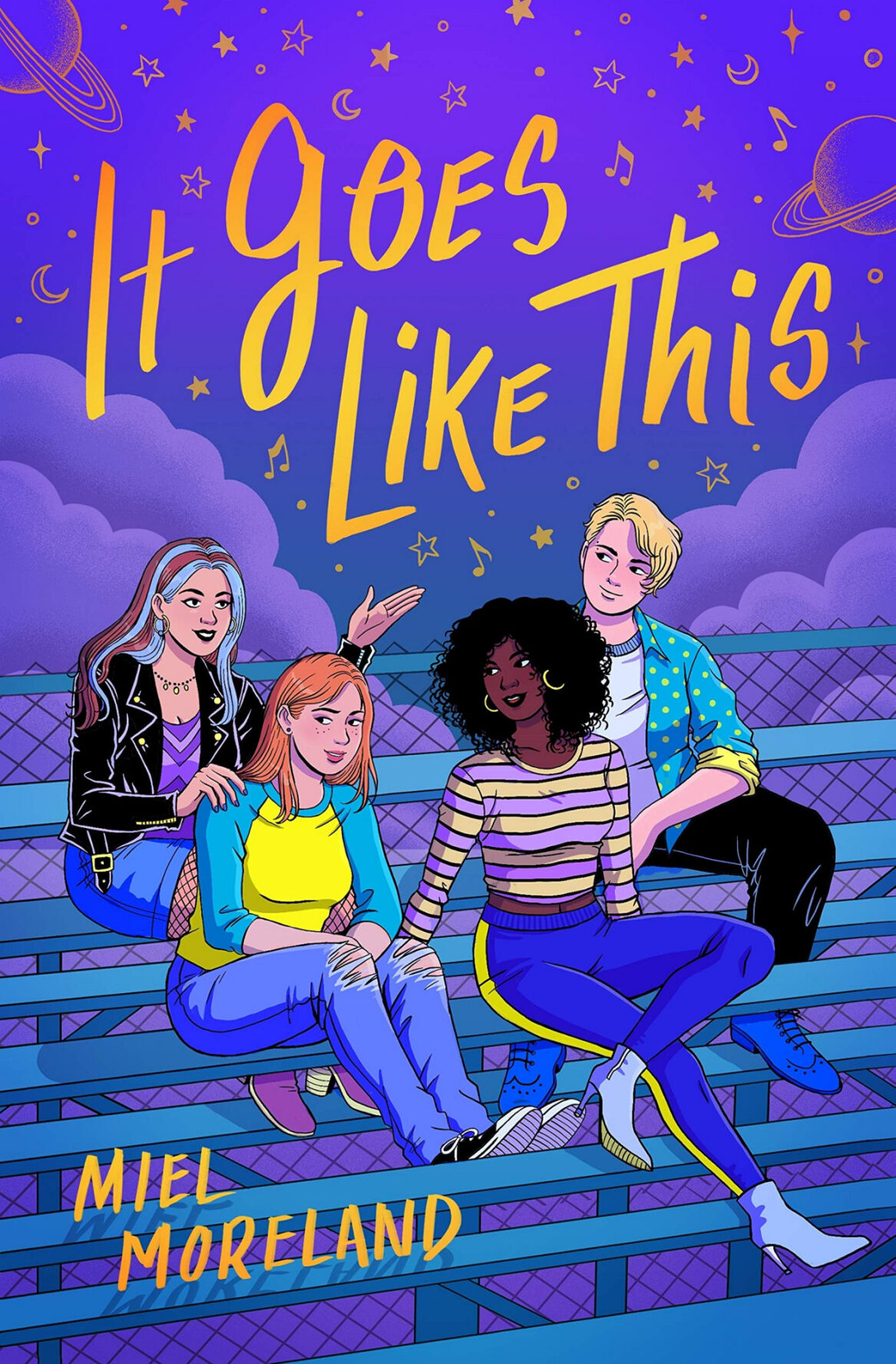 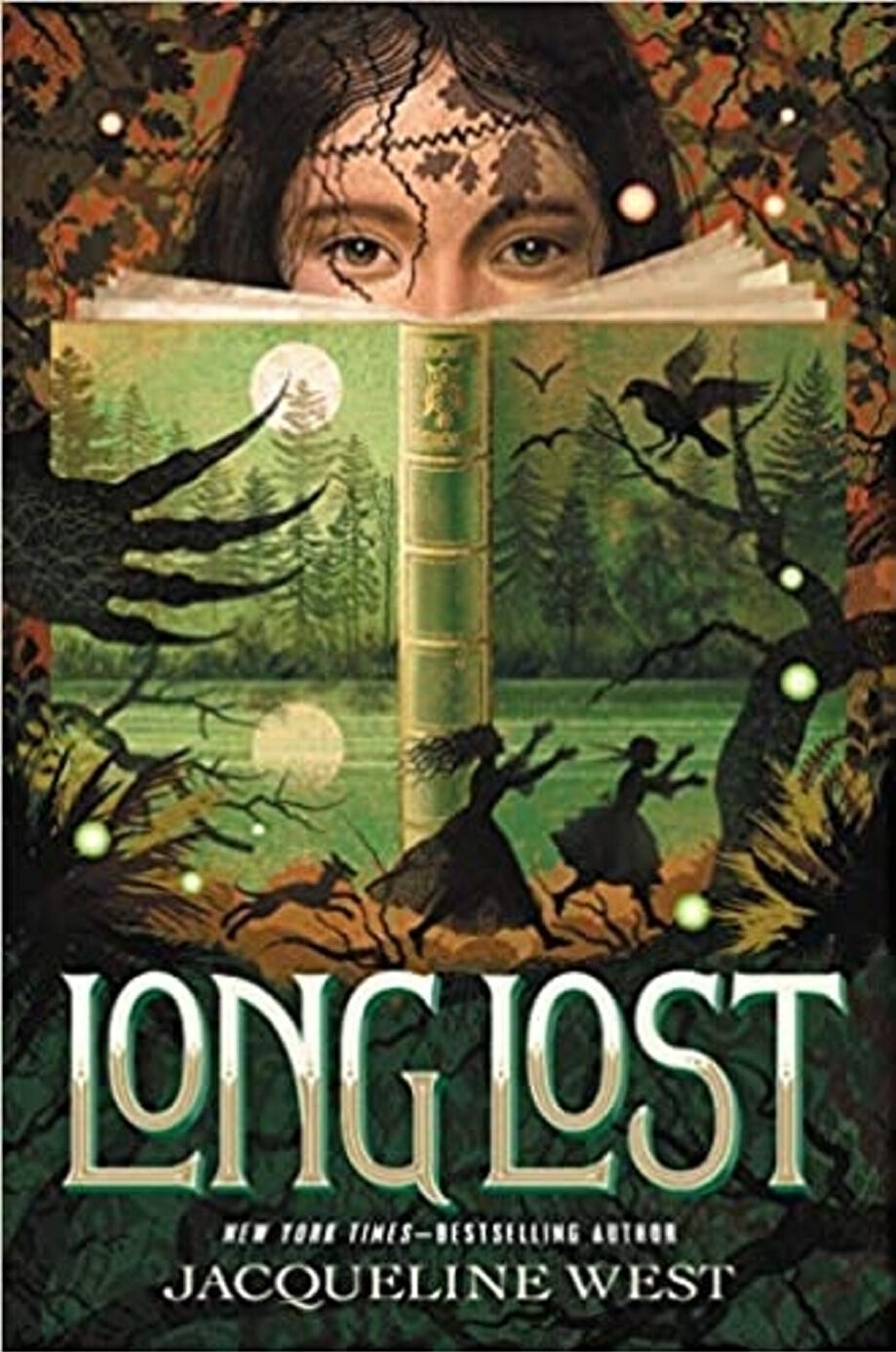 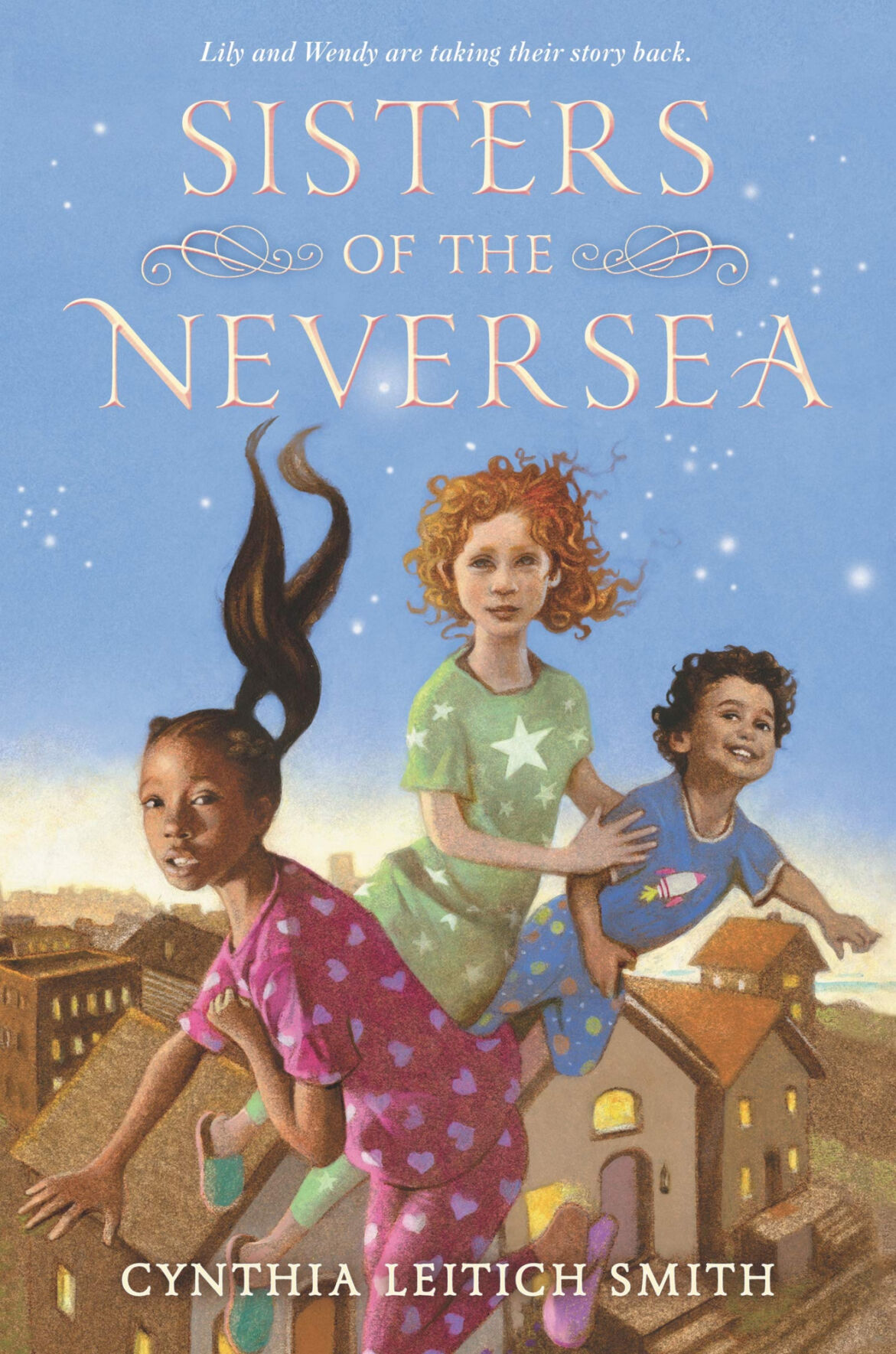 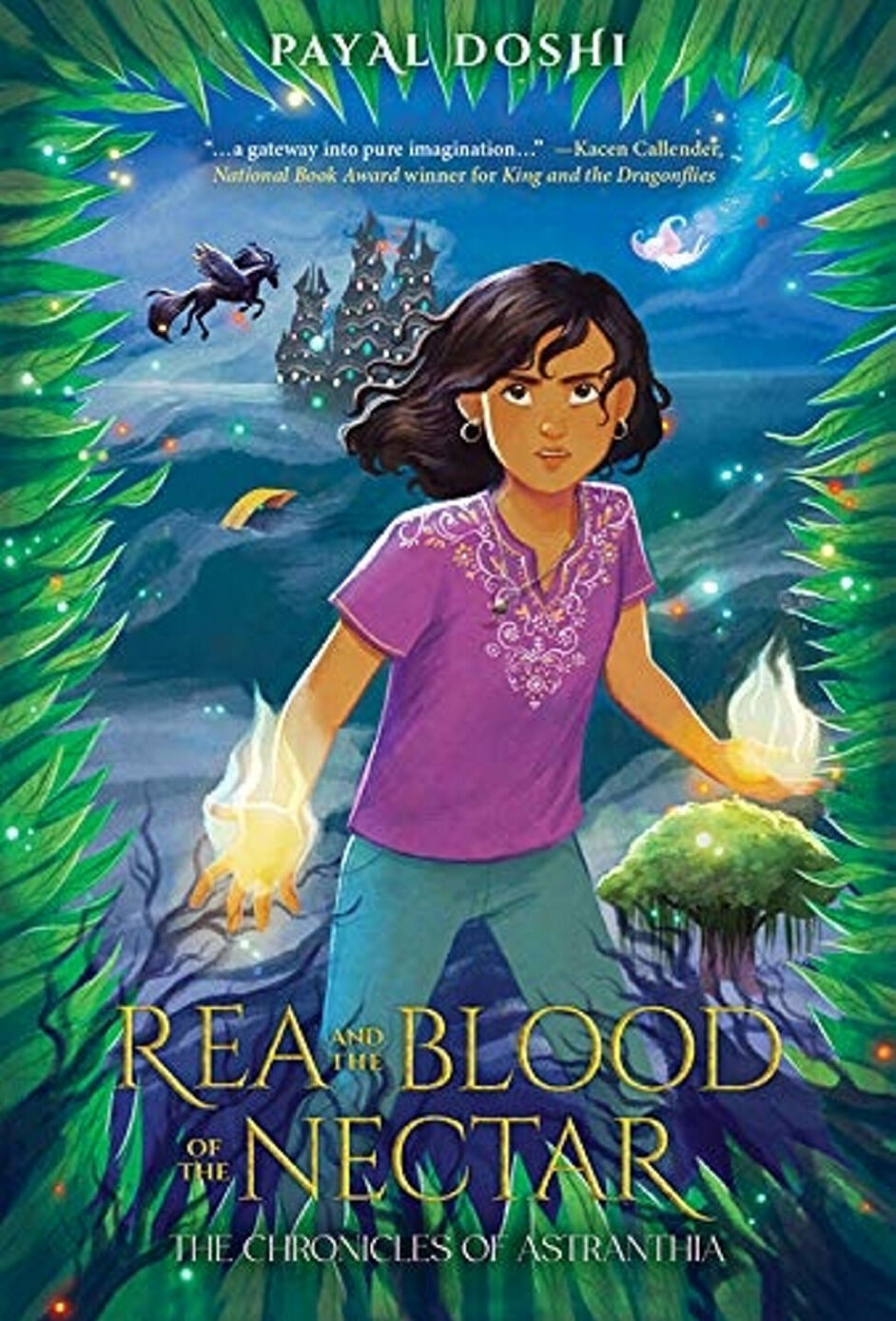 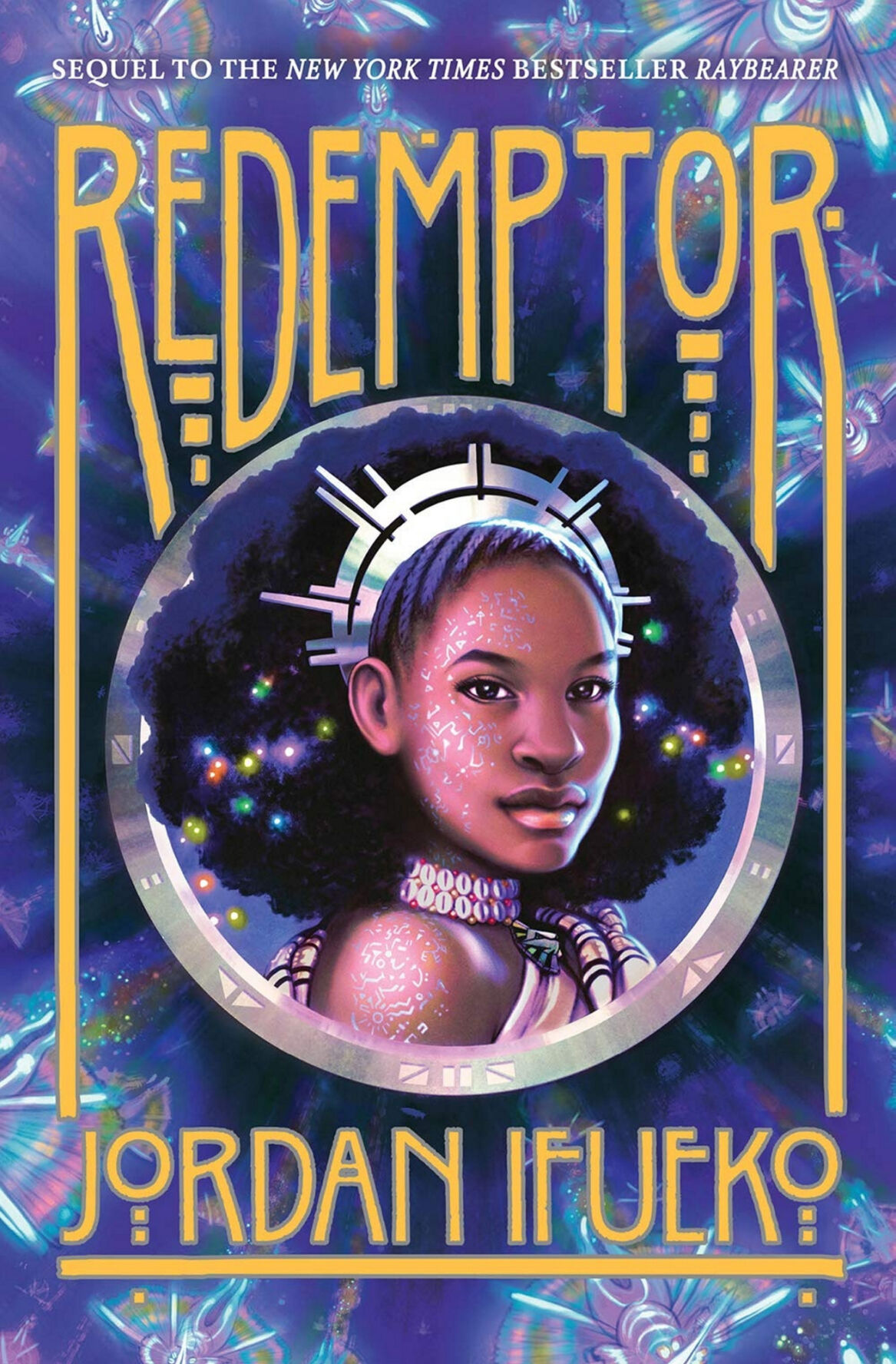 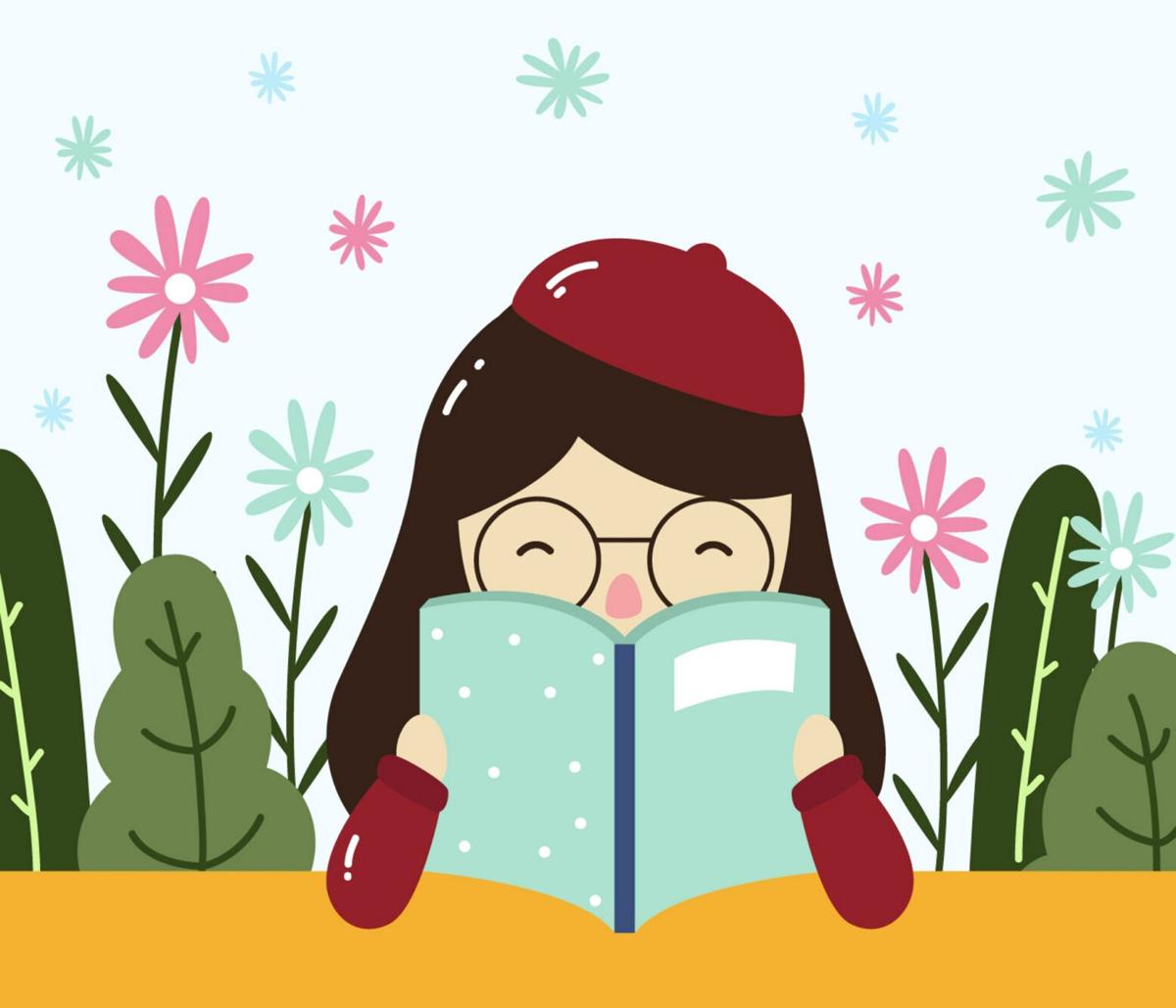 When 12-year-old Ahmed and his family move from Hawaii to his father’s Minnesota hometown, he is immediately on guard, aware that he has to explain the color of his skin and an Indian American heritage he only knows secondhand. He isn’t swayed by his dad’s warm memories of growing up in Farthing and the yearly box of Pearson’s Nut Goodies, maple syrup and autumn leaves sent by a childhood friend. A welcome letter from his sixth-grade English teacher, Mrs. Gaarder, along with a reading list, also put Ahmed on guard. “For starters, it’s wrong to call an assignment a favor. You’re not fooling anyone when you do,” he snaps. As the new kid, Ahmed’s plan is to blend in. But he’s targeted on his first day of school by a neighborhood bully, Jack. Ahmed also meets Carl, an unapologetic class overachiever. And he finds himself in a group with Ari, who uses a wheelchair, and sharp-tongued Jessica, who are determined to get the most points in a yearlong class read-a-thon that culminates in a game of “Are you Smarter than Mrs. Gaarder?” Ahmed’s group pushes him to work harder than he planned in class, while his dad’s health takes a turn for the worse. When Jack’s bullying implicates Ahmed in a schoolwide threat, Ahmed finds unexpected allies even as he faces police and school administrators without his family by his side. Minnesota author Nina Hamza has a big heart for kids struggling to fit in, and an understanding of the casual cruelties of the school system and the ways kids and some adults find to push back. Her debut is a warmhearted book full of honesty, loss and love.

Ben’s mother abandoned the family when he was 3 years old, leaving him with his dad and his imaginary dog, Sunshine. Ben barely remembers her, but the ache of missing her runs through every part of his life. Now he’s come up with a plan — he’ll spend a week with her on the island where she lives and writes near the Canadian border, and that will persuade her to move back “home” to St. Paul. From the moment he arrives at his mom’s cabin, Ben, a nervous “what-if kid” at home, is challenged to face his fears and follow his mother into places of terrifying and unexpected beauty. St. Paul author Marion Dane Bauer tells a pared-down story full of hard truths, flawed adults and the solace of the North Woods.

‘When We Were Infinite’

“I often thought of the five of us as our own self-contained universe,” says Beth at the beginning of this beautifully calibrated coming-of-age story. Moving through high school with her friends — Grace Nakamura, Brandon Lin, Sunny Chen and Jason Tsou — offers Beth her first sense of belonging since her parents’ divorce. She imagines their protective bubble continuing into college, even as Grace begins to date an outsider, Sunny comes out as pansexual, and an act of family violence sends Jason into a tailspin, leading Beth to reveal her feelings for him. Kelly Loy Gilbert’s dialogue is razor sharp, and she honors the nuances of teens navigating painful choices as her characters move toward tentative self-knowledge.

In a Minneapolis in the not-too-distant future, police have been replaced by a public safety department, a street and plaza are named for George Floyd, and a sentient AI is stirring up algorithmically enhanced trouble. Steph and her mother, no longer on the run from her violent father, have settled into a quiet neighborhood. At her new school, Steph meets Nell, who has been sent from a rural cult — after the disappearance of her mother — to her dad’s Minneapolis polyamorous household. Both teens are drawn to an app, Mischief Elves, that steers them into tasks ranging from odd to illegal and parallels one used to control members of Nell’s cult. The manipulation and gamification of social networks are eerily prescient in this sequel to Naomi Kritzer’s “Catfishing on CatNet.”

‘Home Is Not a Country’

Sudanese American writer Safia Elhillo traces the cost of war, dislocation and immigration in this aching novel in verse. Nima is growing up in suburban America, an outsider to her classmates, but also cut off from a land and culture that could ground her. Her mother works long hours and zones out to soap operas when she’s home. Nima goes to “halfhearted Arabic classes,” where she laughs with her best friend Haitham, “we never ask why our mothers had come here & could not let it go.” When Nima and Haitham have a falling out, Nima sinks into stories of her dream double, the beautiful and beloved Yasmeen, and she slowly comes to understand the terrible calculus that forced her parents to seek an escape from their lush homeland.

Hector Robles is a chess grandmaster in the making. He’s always thinking a move ahead as he tries to find a path out of the El Paso projects, where his family landed after the death of his father. But then he catches the eye of the local drug dealer and his brother Joey, who targets Hector just as Hector’s older brother is helping the family move toward a new life. A confrontation erupts between the two sets of brothers with deadly consequences, landing Joey and Hector in the same reform school. Hector finds himself consumed with anger and revenge — threatening to pull him deeper into the prison system. A series of encounters forces him to rethink what he knows of courage in this story of facing harshness with heart.

The dialogue is snappy and the romance at a slow burn in this story of teen stardom and its cost. The four members of Moonlight Overthrow filled stadiums before the band imploded, leaving a trail of hurt feelings and a rabid fandom clamoring for a reunion. For Eva, now a songwriter, that’s unlikely. Singer-guitarist Celeste broke her heart before their last show. Gina, the band’s sole member of color, wanted out to pursue acting. And Steph, who now identifies as nonbinary, has returned home to Duluth, escaping a band that could be “Sapphic, but only in skirts.” An encounter at a party and a devastating Duluth storm pull the members together to see if their friendship, and their onstage rhythm, have survived the time apart.

A mysterious book and a ghostly sibling rivalry are the center of this spooky summer tale by Red Wing author Jacqueline West. When 11-year-old Fiona Crane’s family moves across Massachusetts to follow her sister Arden’s figure-skating career, she loses her friends, her home and her bearings. She finds solace at the local library, housed in a mansion donated by the town heiress, where she stumbles across a book called “The Lost One,” and a boy who has more questions than answers. As she’s drawn deeper into the tale of sisters Hazel and Pearl, who explored the woods until one met an untimely death, Fiona’s disagreements with Arden escalate, hurtling them both toward a ghost-filled and stormy conclusion. A summer read that will induce shivers.

‘Sisters of the Neversea’

“What are you? Lost or Indian?” Peter Pan demands early in this inventive retelling of J.M. Barrie’s classic. And in that moment, Cynthia Leitich Smith unfreezes a world caught in amber and lets readers rethink an island run by a boy who refuses to grow up. In present-day Tulsa, Okla., Lily, Wendy and Michael are members of a blended British-Muscogee Creek family that is about to split apart. Into the fray sails Peter, chasing his shadow, and his fairy sidekick Belle. He lures Wendy and Michael to Neverland, leaving Lily to attempt a rescue on an island full of hungry crocodiles, a queendom of fairies, angry merfolk and wily pirates. “Like any other kind of magic, stories can offer harm and hope,” Leitich Smith writes. Here, she offers pushback and a path forward.

‘Rea and the Blood of the Nectar’

Rea Chettri is overshadowed by her popular twin Rohan, who gets a free pass on chores and leaves her out of midnight cricket games. But when Rohan disappears on their 12th birthday, Rea is determined to get to the bottom of the curse that has paralyzed her family. She discovers a portal into the magical kingdom of Astranthia, which is ruled by an evil queen who extracts good harvests and loyalty from her subjects by wielding shadow magic. With the help of her best friend Leela, and Astranthians willing to break the rules, Rea faces her fears as she tries to rescue Rohan and the kingdom from a dark fate. Minneapolis author Payal Doshi has created a spunky and self-honest heroine in the first installment of this middle-grade series.

In this sequel to “Raybearer,” Tarisai has ascended to the throne as the first Empress Redemptor. No longer a girl full of untested powers, she now rules with her male peer Dayo and a council of advisers. She’s determined to untangle Aristar’s inequalities, despite pushback from the gentry and a spate of unexplained assassinations. But spirit children haunt her steps, reminding her to “do more, do more” even as she sees more clearly the cost of the kingdom’s wealth. To save her world and people she loves, Tarisai must journey alone to the Underworld to unravel the dark bargain underpinning Aristar. This conclusion to Jordan Ifueko’s richly imagined fantasy saga is full of complex characters, rich language and conflicts that will resonate.