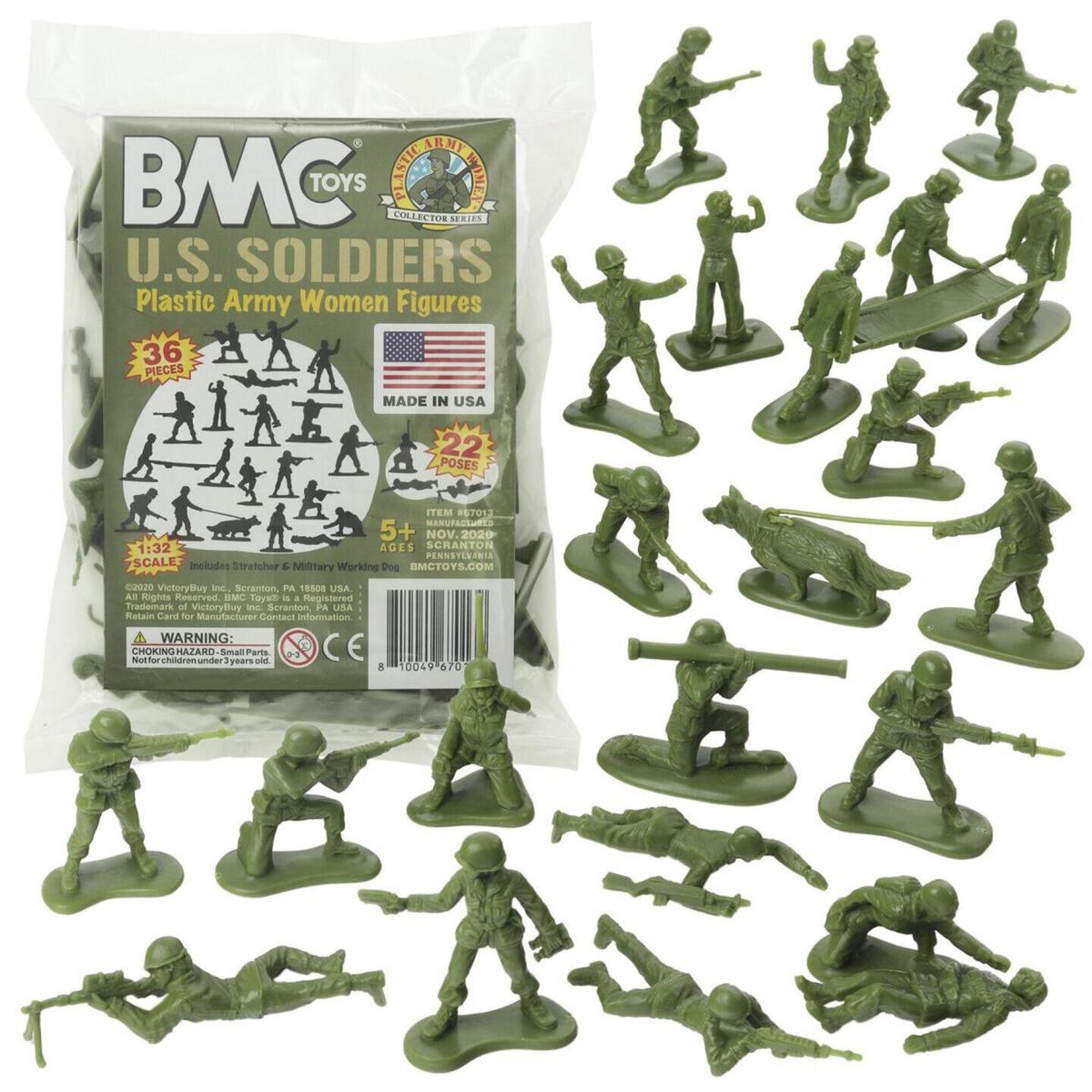 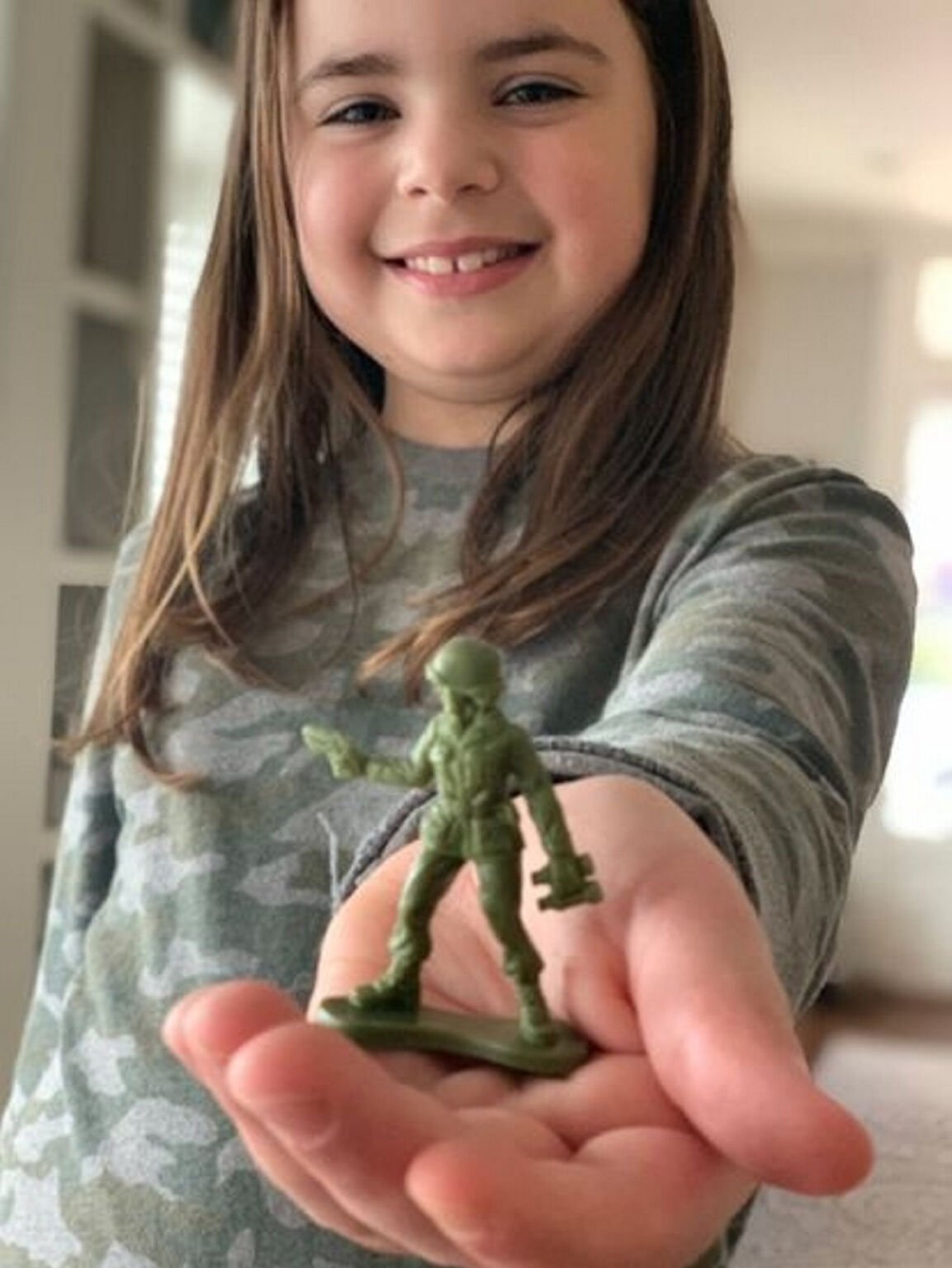 Vivian Lord holds one the plastic green Army women sent to her from BMC Toys after she wrote them a letter asking them to make Army girls that look like women. BMC Toys/Tribune News Services

Vivian Lord holds one the plastic green Army women sent to her from BMC Toys after she wrote them a letter asking them to make Army girls that look like women. BMC Toys/Tribune News Services

As of last week, she can now play with her own set of plastic green Army women.

“I’m so excited to finally have the Army girl toys! My dream came true!” she said.

For Lord, a Little Rock, Arkansas, resident, it was a wish made when she was 6 after she won a set of plastic green Army men from an arcade while vacationing with her family. According to her mother, Brittany Lord, while she was playing with them, she asked her mom: Why aren’t any of these girls?

Her daughter wrote a letter in summer 2019 saying she had a friend whose mom is in the Army, and that while she’d seen pink Army men, “those aren’t girls and people in the Army don’t wear pink. Some girls don’t like pink. So, please can you make Army girls that look like women.”

“The color didn’t fool her, and she wasn’t going to let it go — that’s just her personality,” Brittany Lord said. Her daughter sent the letter off to some toy manufacturers requesting that if someone would make Army women, she and her friend would play with them.

“I thought it was just a lesson on speaking up. I didn’t know that we would get a response,” Brittany Lord said. But a response came from Jeff Imel, owner of Scranton, Pennsylvania-based BMC Toys, who said Vivian will be able to get her hands on green Army women by Christmas 2020. He made good on his promise.

The women come in a number of combat action poses and three colors: green, pink and tan. Vivian Lord received a green and tan pack of Army women last week. She was all smiles when she received them.

“It’s incredibly gratifying to see a project that I had been thinking about for years finally come to life,” Imel said. “I think just about everyone remembers that moment of excitement and joy from childhood when they finally opened a toy that was on their wish list forever. I’m very thankful for all the support this project has received during such a challenging year, and I hope this crosses a few wishes off the list for kids out there for many years to come.”

Imel’s crowdfunding effort helped bring the figures to fruition. He said he’s heard from kids and adults wishing for Army women, and he said they should have existed years ago.

His firm is selling a pack of 36 female soldier figurines for $14.80 and a 100-piece play set for $50. There are 22 poses plus a military working dog and stretcher accessory.

Preorders are available. Look for updates on the BMC Toys website. He already has a few thousand preorders on the books.

“It’s been surreal to see this toy become a reality,” said Brittany Lord. “We’re so proud that Vivian used her voice and made a difference. It just shows you’re never too young to make an impact in the world. We have many friends of all ages who have ordered them. Everyone seems to be very excited and proud of Vivian.”