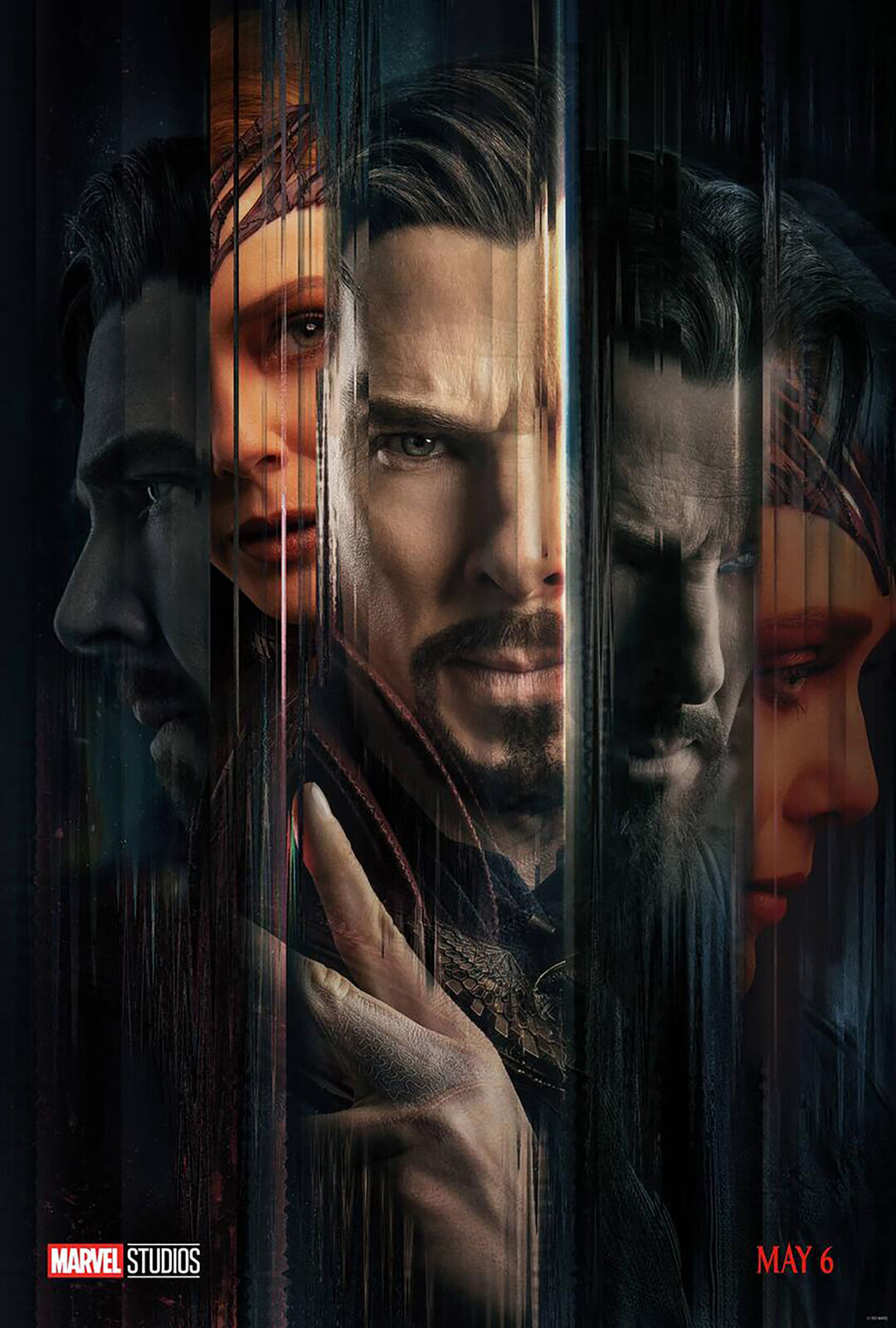 Benedict Cumberbatch and Elizabeth Olsen co-star in “Doctor Strange in the Multiverse of Madness.” (Marvel Films/TNS) 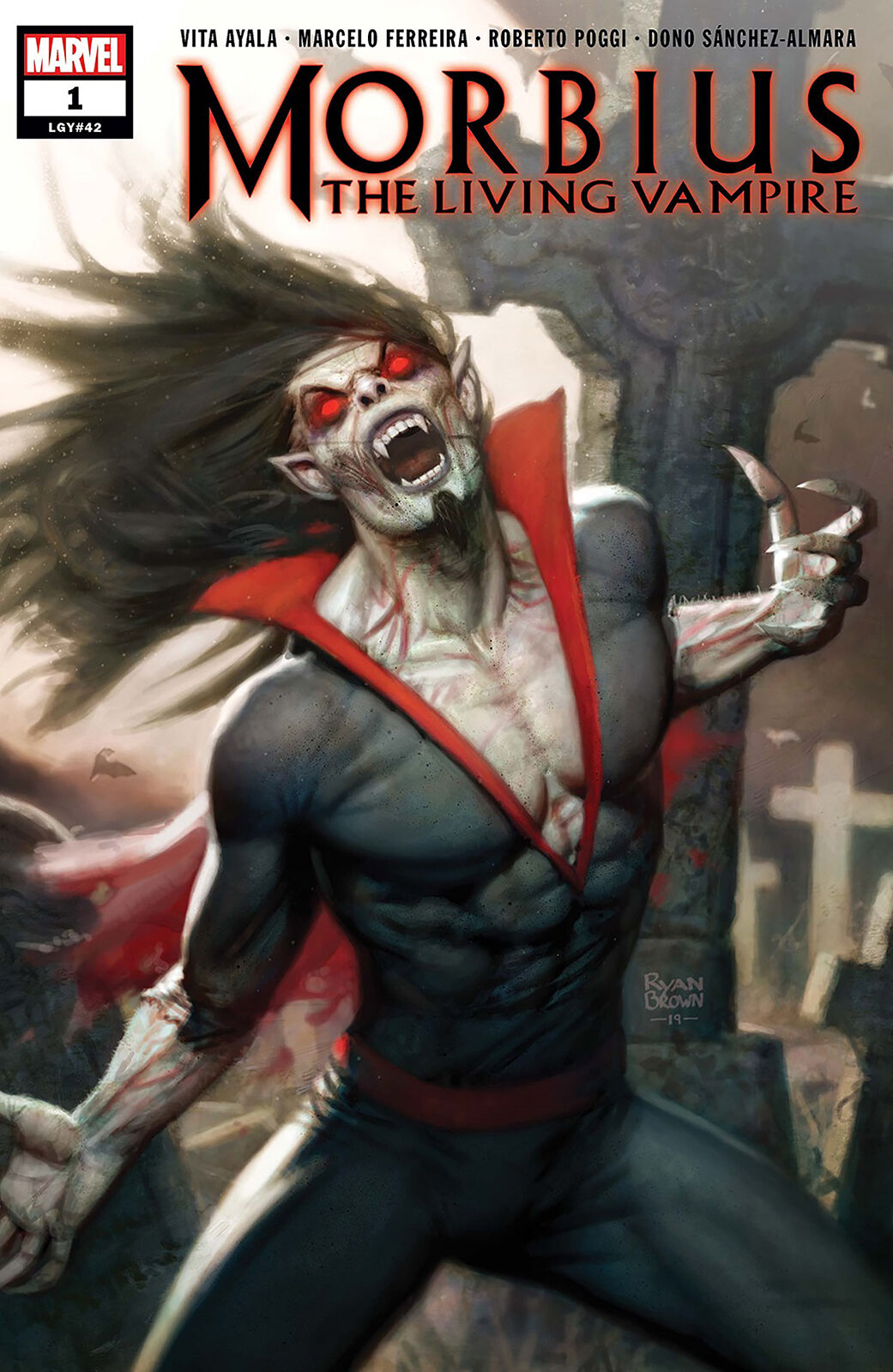 Morbius has been a character in Marvel Comics since the 1970s. (Cover art to “Morbius” #1, 2019, by Marcelo Ferreira/Marvel Comics/TNS) 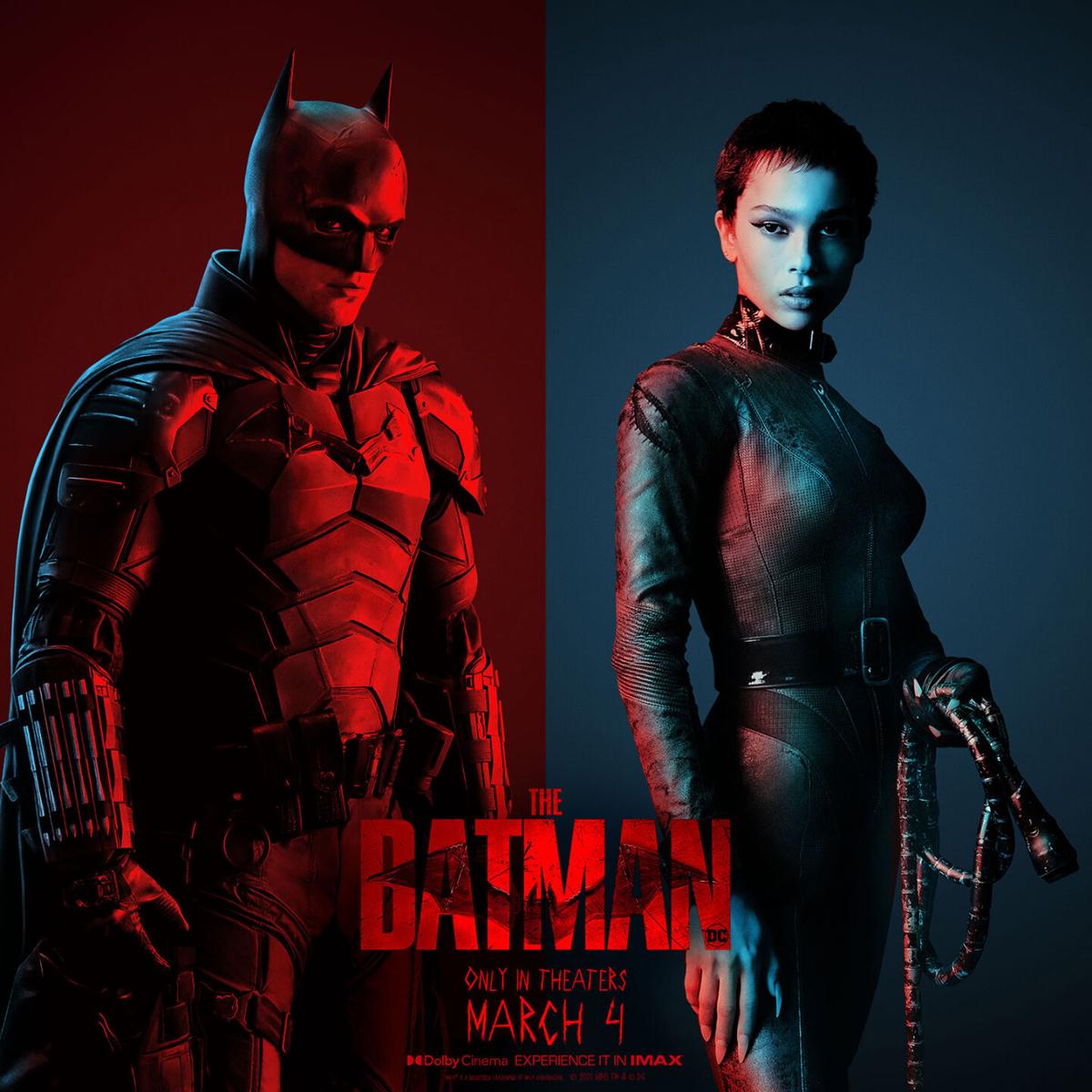 Robert Pattinson (left) is the Dark Knight, and Zoë Kravitz is Catwoman in the upcoming “The Batman.” (Sony Pictures/TNS)

Benedict Cumberbatch and Elizabeth Olsen co-star in “Doctor Strange in the Multiverse of Madness.” (Marvel Films/TNS)

Morbius has been a character in Marvel Comics since the 1970s. (Cover art to “Morbius” #1, 2019, by Marcelo Ferreira/Marvel Comics/TNS)

Robert Pattinson (left) is the Dark Knight, and Zoë Kravitz is Catwoman in the upcoming “The Batman.” (Sony Pictures/TNS)

The COVID-19 logjam is finally breaking in movies, so 2022 is going to be a big year at the local multiplex. Here’s a look at some of the big movies I’m excited about, and a few I’m not, in alphabetical order. Current release dates are included, but needless to say, all are subject to the Whims of Omicron.

“Aquaman and the Lost Kingdom” (Dec. 16): Jason Momoa and Amber Heard return for more moist movie magic. The first was good, and this may be even better.

“Avatar 2” (Dec. 16): I remember being blown away by the special effects in the original in 2009. Those F/X are now 11 years old, and the characters obviously didn’t stick with me. I have zero interest in a sequel.

“Black Panther: Wakanda Forever” (Nov. 11): I have no idea how Marvel will work around the tragic death of Chadwick Boseman. But I’ll be there, out of respect if nothing else.

“DC League of Super-Pets” (May 20): Believe it or not, DC Comics has had several animal superhero groups in its long history, including the Legion of Super-Pets and the Space Canine Patrol Agency (SCPA). This is a new grouping, where Krypto (Dwayne Johnson) is the super-serious, Bat-Hound sort of character, whereas Bat-Hound (Kevin Hart) is ...well, Kevin Hart.

“Death on the Nile” (Feb. 11): I can’t get enough of these delightful, star-studded Agatha Christie movies, especially when the vain and supercilious Hercule Poirot (Kenneth Branagh) is the detective. And, hey, Gal Gadot (“Wonder Woman”) is in this one!

“Doctor Strange in the Multiverse of Madness” (March 25): Benedict Cumberbatch plays the impulsive mystic, and is rejoined by Rachel McAdams (Dr. Christine Palmer), Benedict Wong (Wong) and Chiwetel Ejiofor (Mordo) from the first movie. Elizabeth Olsen (Wanda “Scarlet Witch” Maximoff) costars, and Xochitl Gomez debuts as America Chavez, a Young Avenger in the comics, among whose many powers is the ability to travel between dimensions.

“Fantastic Beasts: The Secrets of Dumbledore” (April 15): I haven’t really enjoyed this series of Harry Potter prequels, feeling like they were aimed at an audience younger than me. Mads Mikkelson replacing Johnny Depp as Grindelwald lowers my interest even further, possibly below sea level.

“The Flash” (Nov. 4): I’m not crazy about Ezra Miller as the Scarlet Speedster — Grant Gustin really nails my idea of Barry Allen on TV — but Michael Keaton returns as Batman, and there’s a new Supergirl in town (Sasha Calle). That’s enough to earn my dollars.

“Minions: Rise of Gru” (July 1): Yes, I’m too old for these movies. But I love Steve Carell as Felonious Gru, and all those impossibly cute minions.

“Mission Impossible 7” (Sept. 30): My year isn’t complete unless I see the ageless Tom Cruise running full tilt away from an explosion.

“Moonfall” (Feb. 4): Halle Berry (“X-Men”) and Patrick Wilson (“Watchmen”) try to stop the moon from crashing into Earth. Can’t wait to see how on earth — literally — they plan to do that.

“Morbius” (Jan. 28): Jared Leto plays the Marvel Comics character Michael Morbius, who tries to cure his rare blood disease and ends up needing fresh blood to survive. Like, right-out-of-the-vein fresh. He’s not undead, but this “living vampire” has some Dracula-adjacent superpowers, like gliding on air and super-strength. Michael Keaton reprises his Vulture role from “Spider-Man: Homecoming,” which promises some all-bad-guy aerial hi-jinks.

“Nope” (July 22): This is a horror movie written and directed by Jordan Peele (“Us,” “Get Out”), which is all the incentive I need.

“The Northman” (April 22): I love Vikings. Alexander Skarsgard was born to play a Viking. Sold.

“Top Gun: Maverick” (April 22): I disliked the first movie, which had a toxic masculinity that was so repulsive I felt sorry for Kelly McGillis having to pretend to like it (and that was before I knew the actress was lesbian). I’ll pass hard on the sequel.

“The Unbearable Weight of Massive Talent” (April 22): Nicolas Cage plays the role he was born to play: Nicolas Cage. I don’t really care what else happens, I just want to see that.