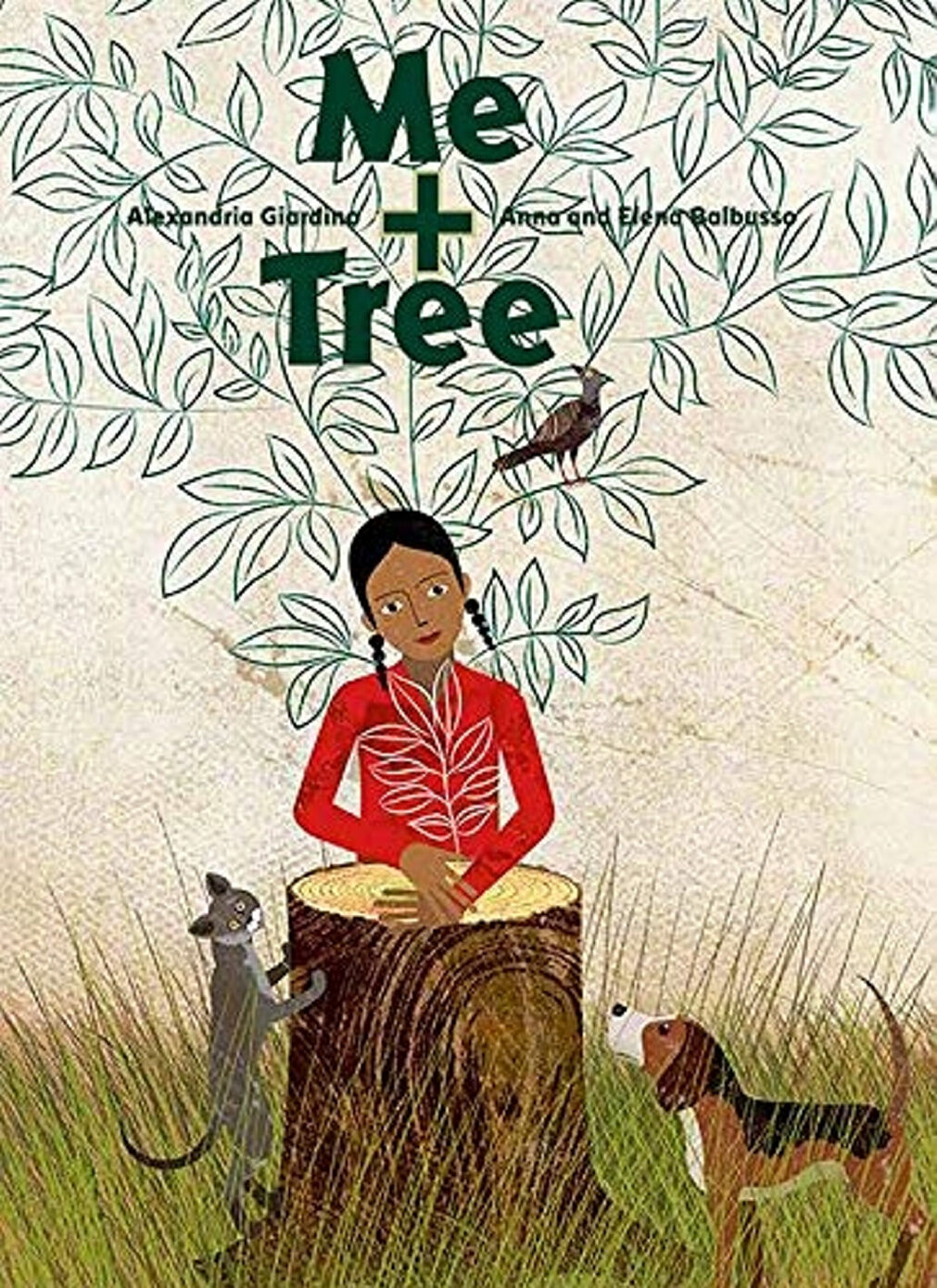 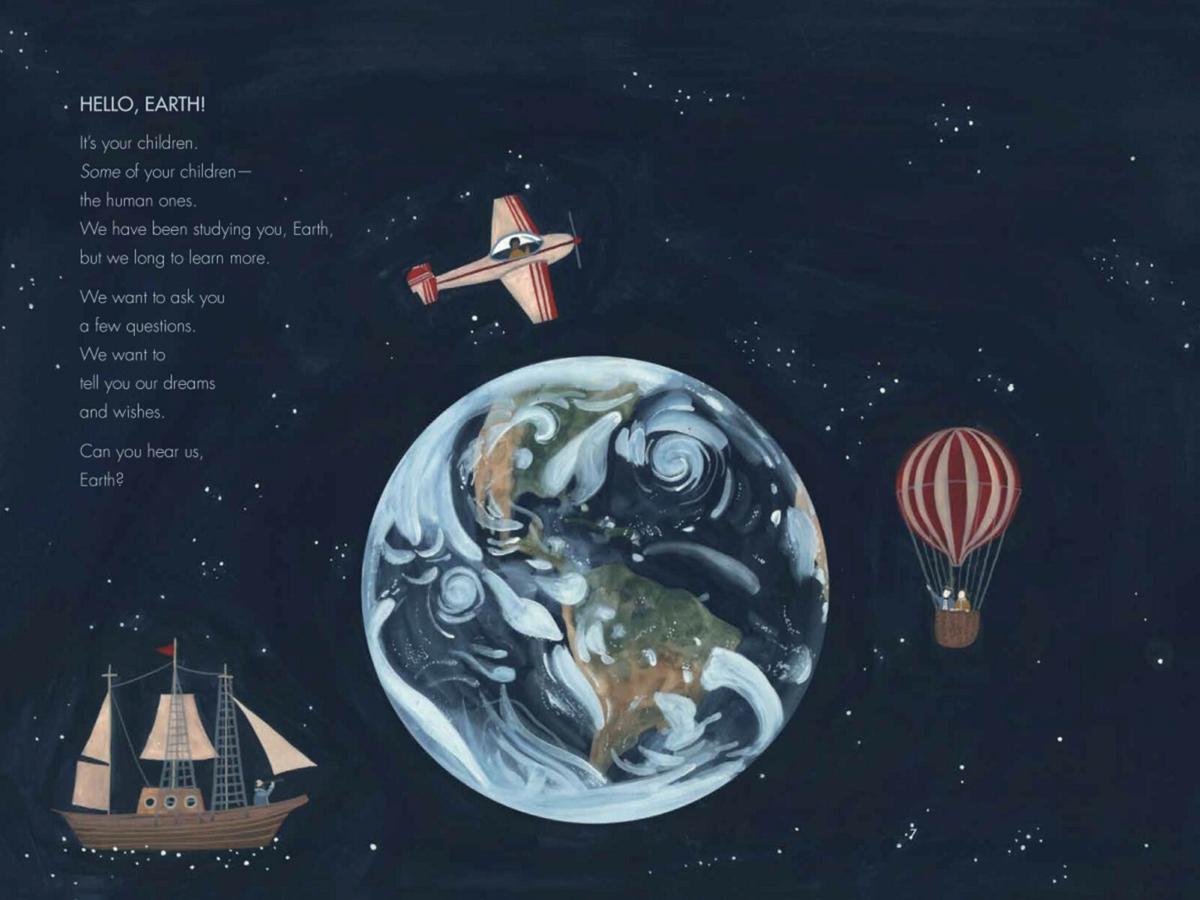 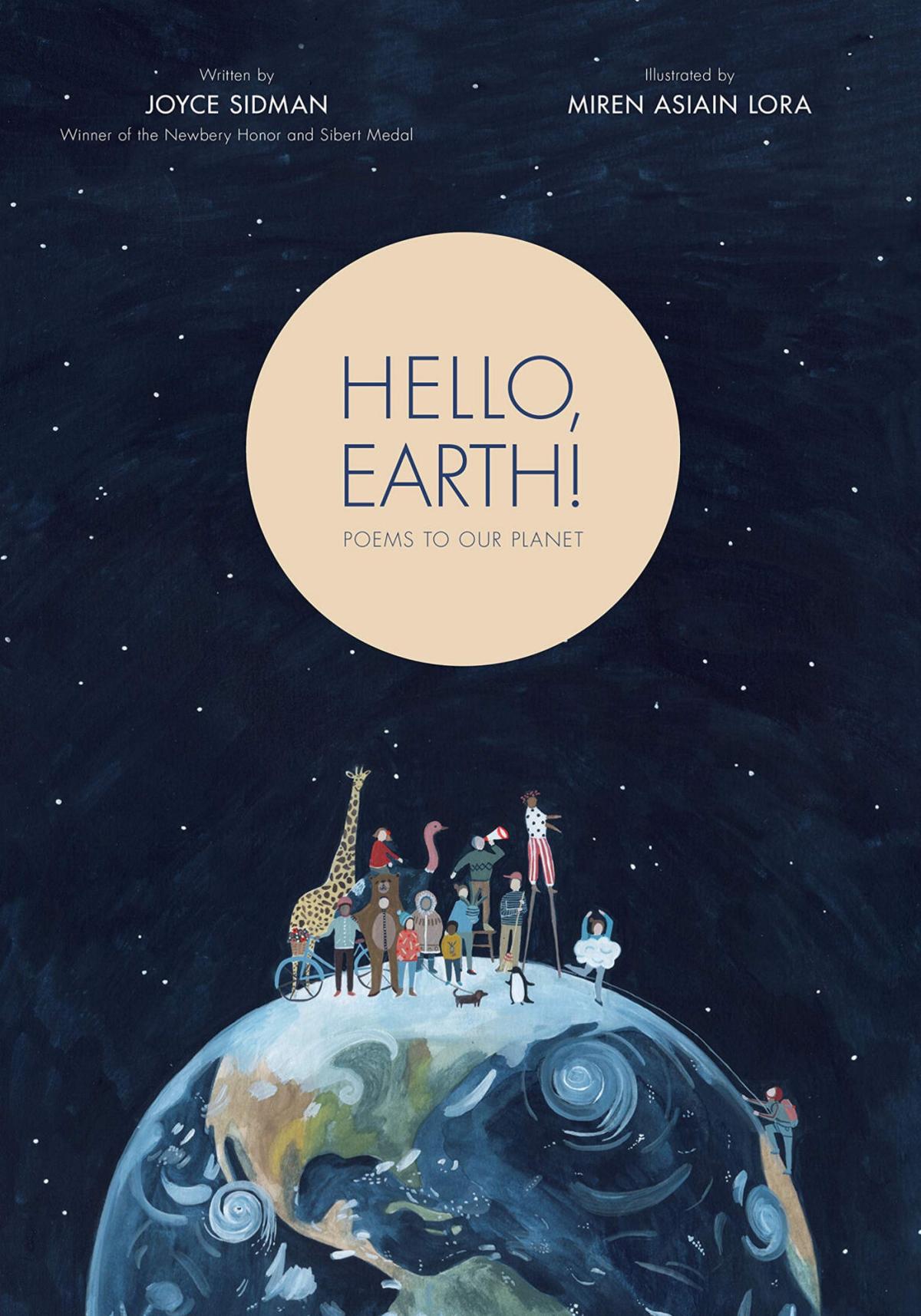 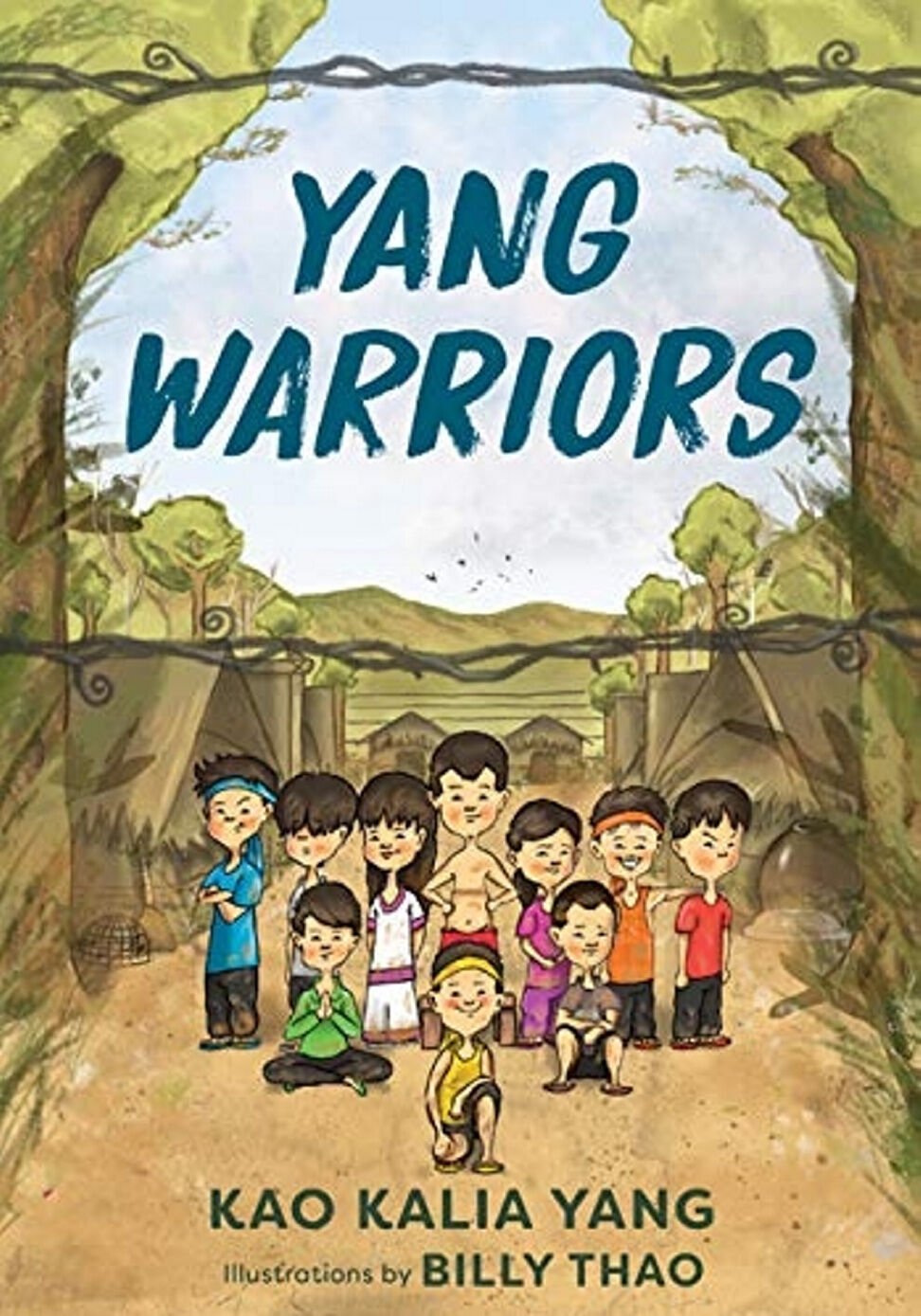 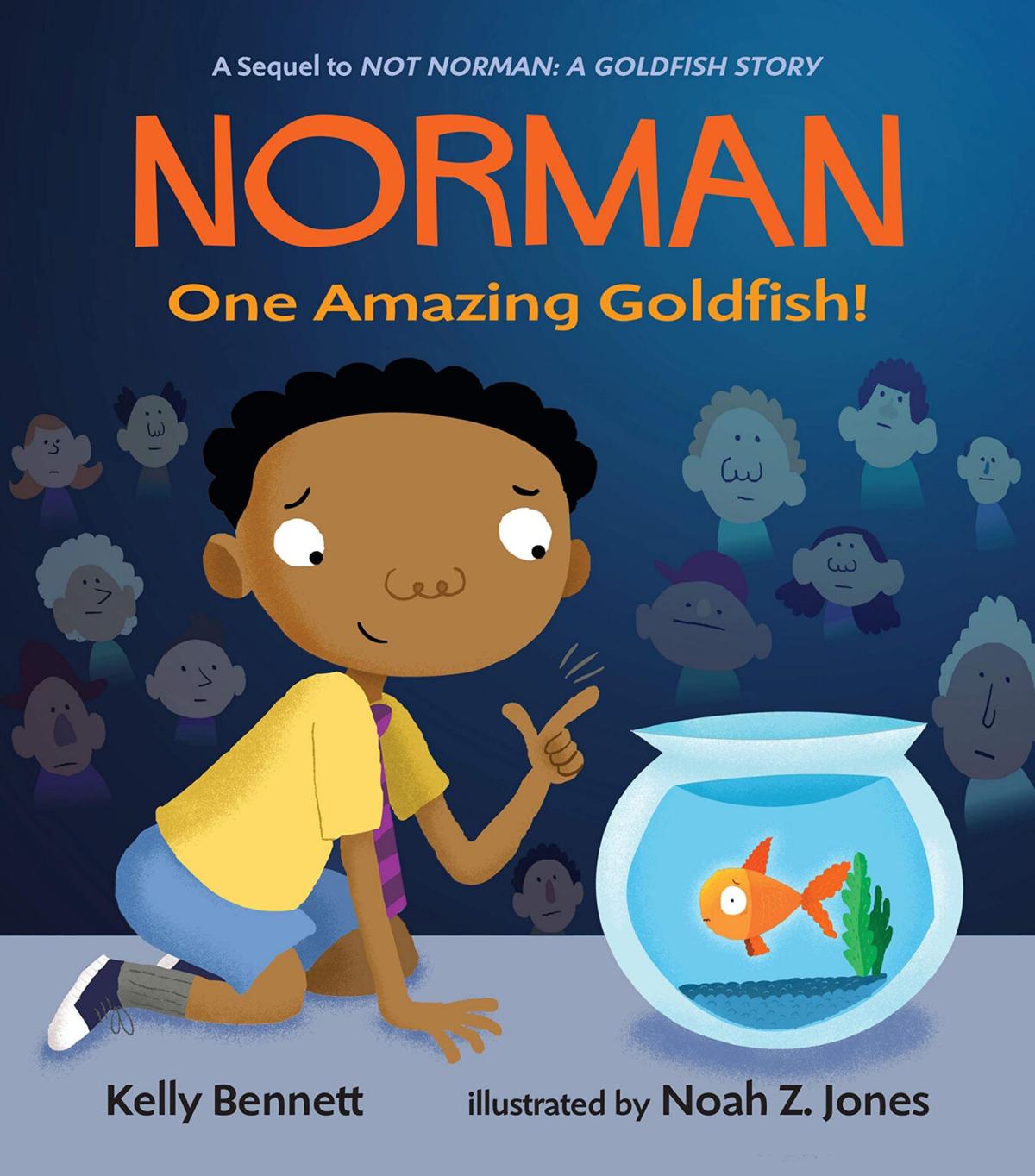 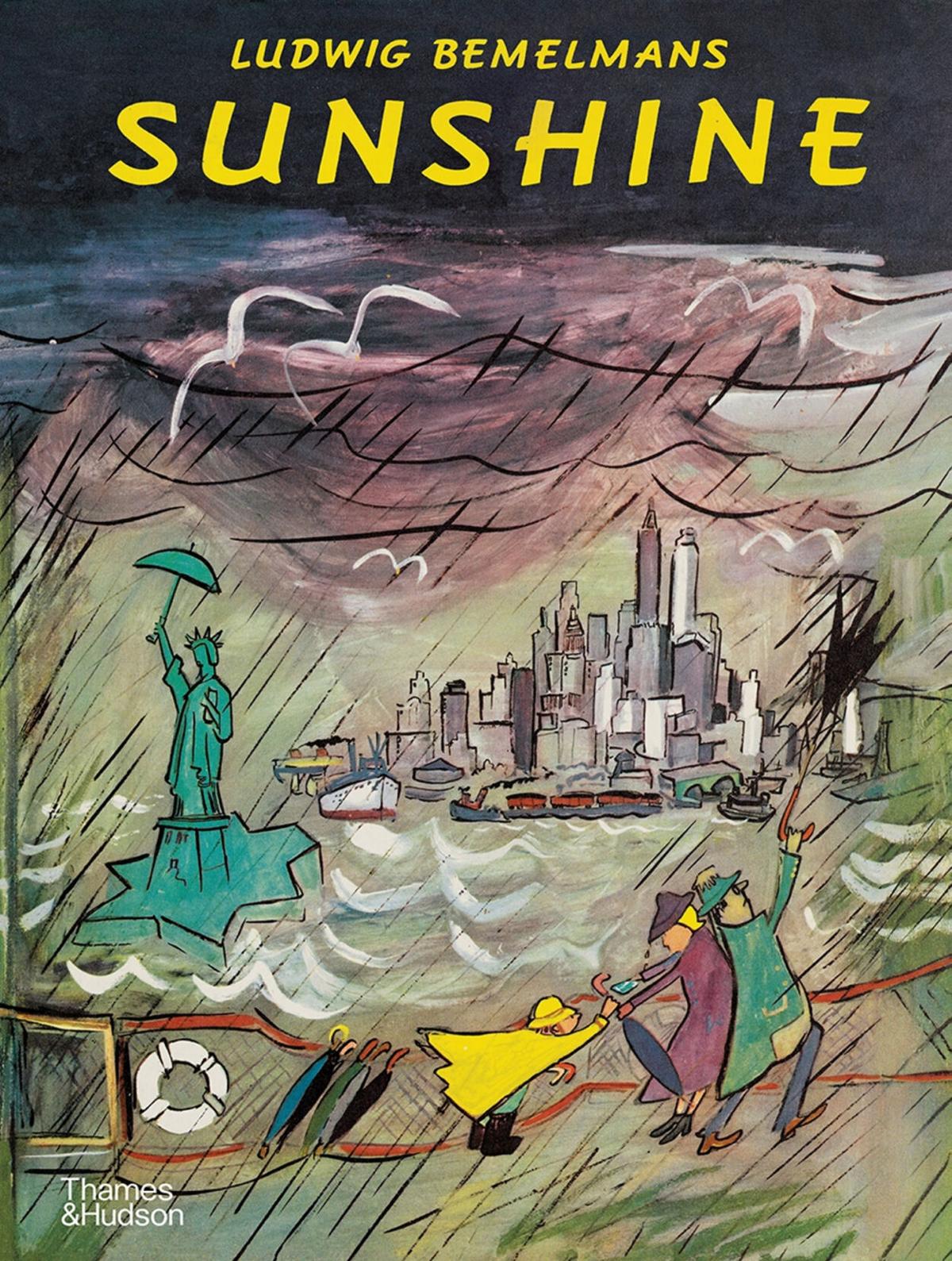 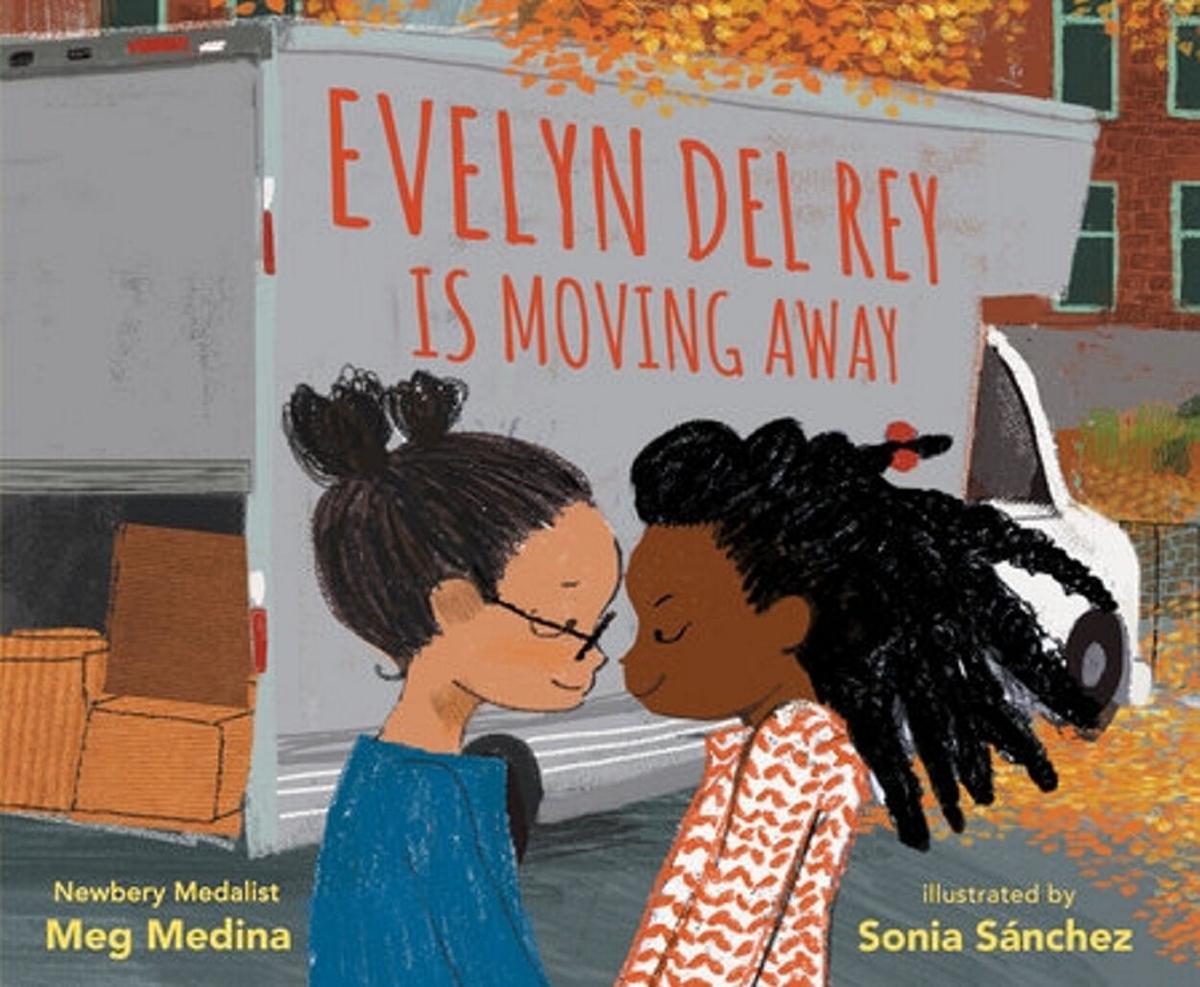 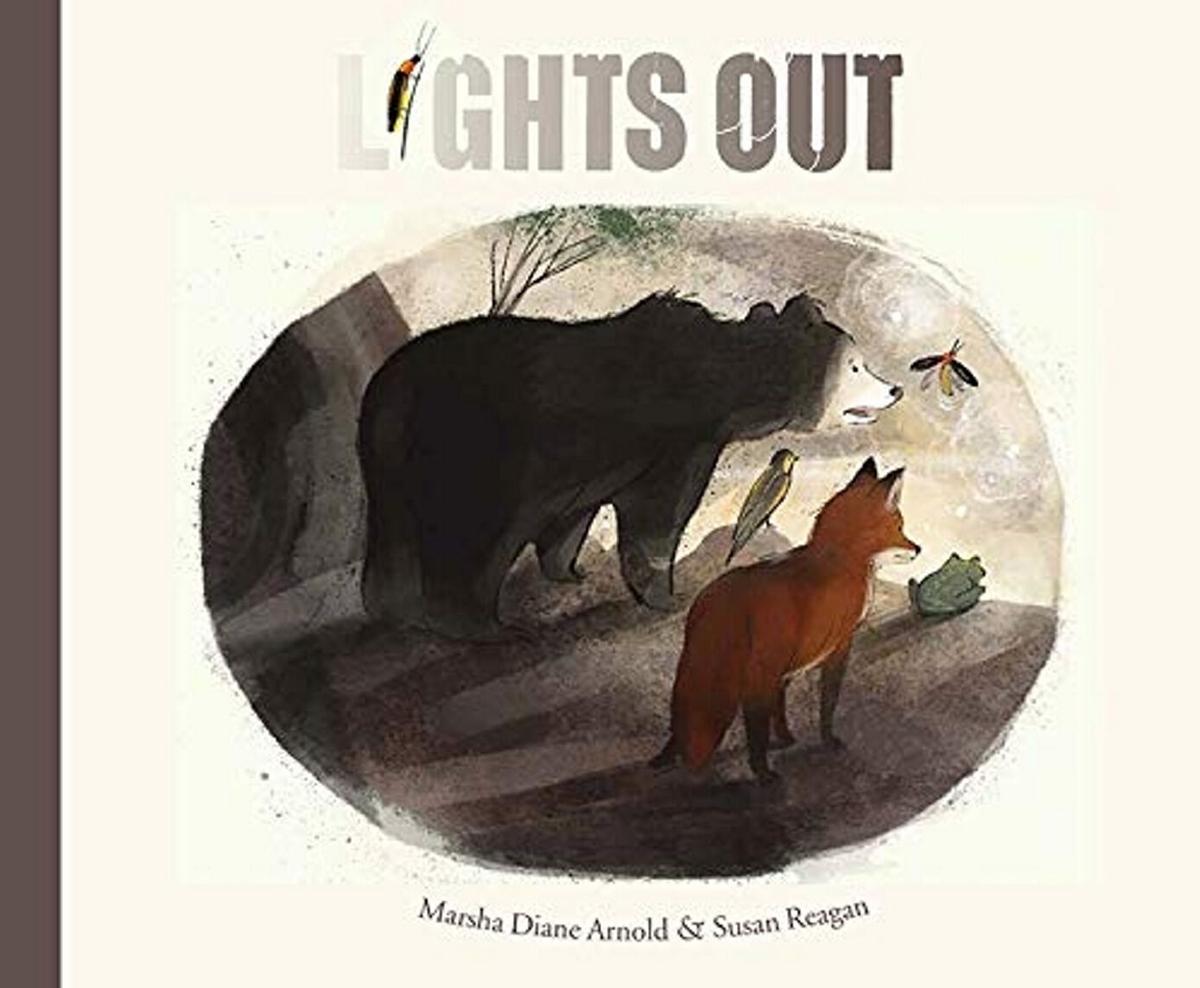 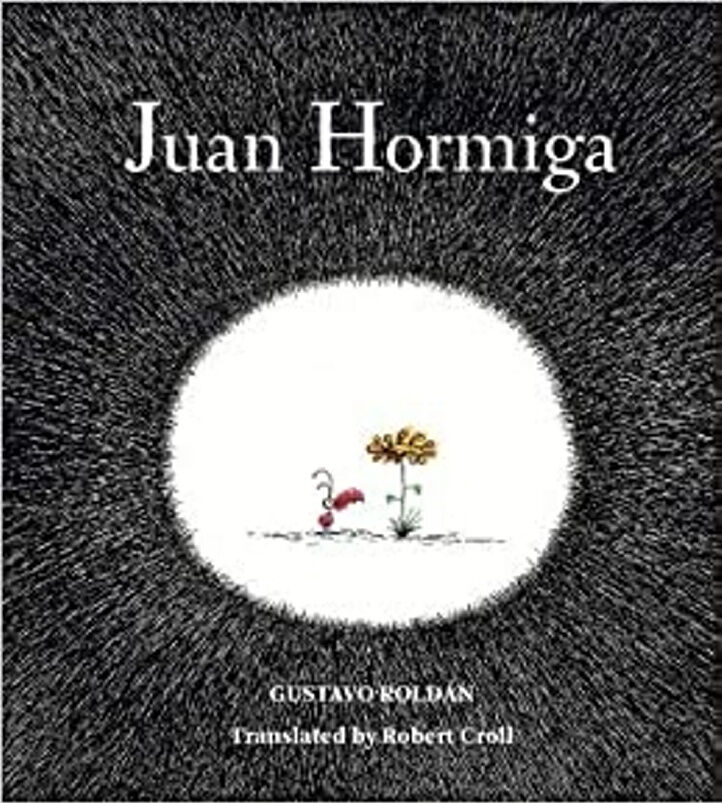 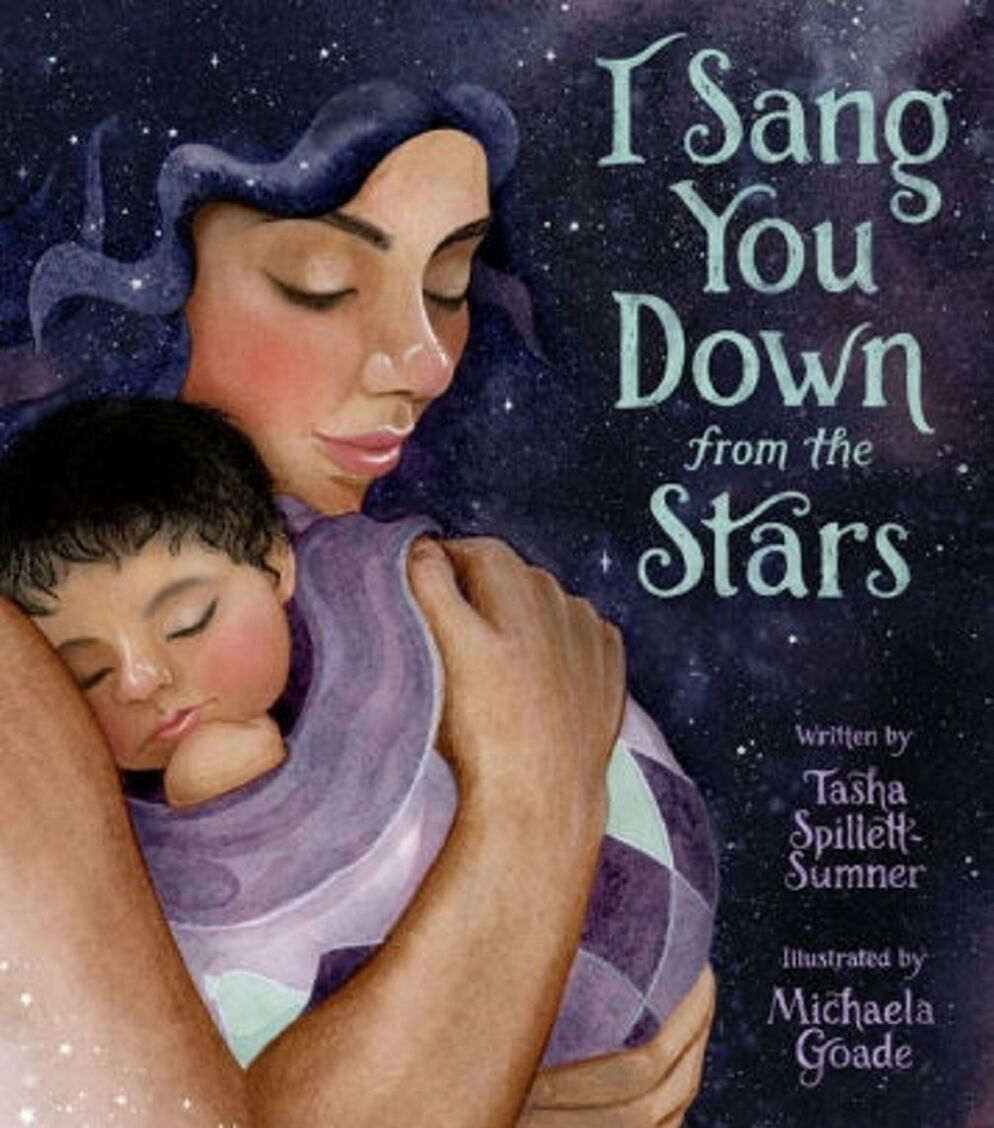 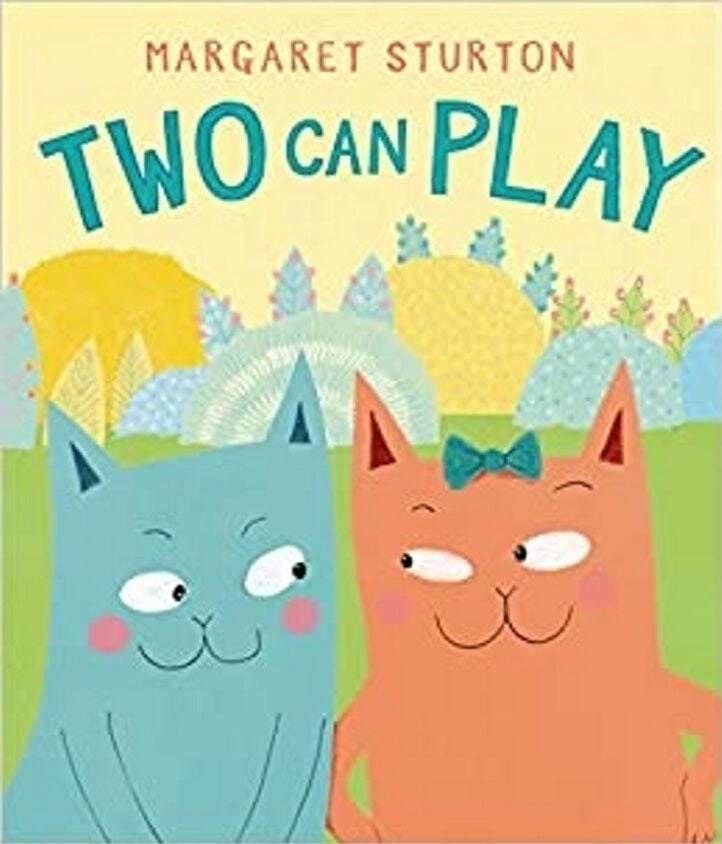 Inniniwak (Cree) and Trinidadian writer Tasha Spillett-Sumner draws on her Native heritage to tell a loving story of a mother and infant. “I loved you before I met you,” she says. As the baby grows inside of her, the mother gathers significant objects — a feather, a pebble, a quilt — to give to her child. In January, Michaela Goade, who is Tlingit, became the first Native artist to win the prestigious Caldecott Medal. Her dreamy watercolor and mixed media illustrations for this book swirl and sparkle with violet and blue swooshes and recurring patterns of stars. It is a gorgeous celebration of Native traditions.

To most of the children in the playground, the tree stump was just that — an old, dead stump. It had once been a “tall tree with apples to eat, branches to swing from and a trunk to climb.” But no one gives it a second glance until a young girl comes by. As she rests on the stump, she begins to imagine the vibrant life the tree once had. “I see you,” she whispers. And under the little girl’s attention, it turns out the stump isn’t dead at all. Alexandria Giardino’s story celebrates the importance of friendship and of recognizing the overlooked. Anna and Elena Balbusso’s illustrations are lively, but tinged with sepia, as if from long ago.

Joyce Sidman’s keen eye for the natural world informs her many books of poetry, such as “Swirl by Swirl,” and “Dark Emperor,” a Newbery Honor book. Her latest, “Hello, Earth!,” is framed as a conversation between a curious person and the planet itself, and it explores the mind-boggling concept that our solid Earth is actually one tiny rock hurtling through space. The Wayzata poet’s poems — coupled with artist Miren Asiain Lora’s stark but lovely watercolor and acrylic paintings — emphasize the tininess of humans in comparison to the vastness of space. Text at the end of the book gets less poetic, more science-y, with facts, suggested projects and other resources. This is a book to fill you with awe.

“Yang Warriors” is a breathtaking book, all the more impressive because the story it tells is true. In the Ban Vinai Refugee Camp in Thailand, where thousands of Hmong families lived following the Vietnam War — and where St. Paul author Kao Kalia Yang was born — a band of children work to become warriors. They meditate. They practice martial arts. They prepare physically and mentally for battle. And then one morning they slip out of the camp to forage for greens for their hungry families. The children suffer the consequences of their illegal act, but for that day, thanks to them, their families have enough to eat. “Before lunch they had been naughty children, playing a game,” Yang writes, “but after that meal all of us saw that they were brave and powerful.” The cheerful graphite pencil and digital illustrations by Minnesota Hmong artist Billy Thao depict the children as tiny and fierce against a backdrop of barbed wire and distant mountains. His illustrations keep this inspiring story about courage from feeling dark.

Norman, the goldfish from “Not Norman,” is back, and the boy who owns him wants the world to know how special Norman is. Together, they work out a routine for the annual Pet-O-Rama, with synchronized movements, a tuba and Norman’s famous singing. But at a crucial moment, the goldfish is stricken with stage fright. This charming story by Kelly Bennett, with bright primary-color illustrations by Noah Z. Jones, celebrates teamwork and friendship.

Ludwig Bemelmans is best known for his “Madeline” books, set in Paris, but “Sunshine,” first published in 1950, is his ode to New York City. Mr. Sunshine is very picky about who can rent his apartment — he wants someone quiet, with no pets and who will pay rent on time. Miss Moore seems a perfect tenant — until it turns out she runs a music school. The ink and watercolor illustrations will be familiar to anyone who loves “Madeline” (or New York City), as will Bemelmans’ catchy, rhythmic rhyme.

Evelyn Del Rey is Daniela’s best friend, “my mejor amiga,” she says. They play every day, their apartments are mirror images of each other, and their fertile imaginations grow even wilder when they are together. But Evelyn is moving away. In this ebullient celebration of friendship, the girls waste no time — they throw themselves into playing every last second, until it’s time to part. Newbery medalist Meg Medina tells a story full of love and strength, and Sonia Sanchez’s vivid, primary-color digital illustrations are suffused with flat-out joy.

Little Fox emerges from his den into a night as bright as day. Traffic lights, streetlights, city lights blot out the dark. Birds can’t see the stars to migrate. Frogs wait for dark before singing — but dark doesn’t come. Newly hatched turtle babies head the wrong direction, unable to find the ocean in the blinding light. This simple story is a gentle reminder that dark is as beautiful and as important as light. An author’s note urges readers to remember Dark Sky Week, which takes place each April.

“Juan Hormiga,” by Gustavo Roldan, translated from the Spanish by Robert Croll. (Archipelago Books, $22, ages 3 and up, May 4.)

Juan Hormiga had two supreme talents: napping, and retelling his grandfather’s early adventures. When he told these stories, “all of the others would ... put down whatever they were doing, and come closer.” And then one day, Juan Hormiga decided to set out and follow in his grandfather’s footsteps. But shortly after he left, a torrential rainstorm blew in and washed Juan away — or did it? This fable, written and illustrated by Argentine author Gustavo Roldan, is an homage to storytelling and the power of myth.

Cat wants to plant a garden, but her sister Puss won’t help. “No!” says Puss. “I just want to play!” But when the time comes to harvest the vegetables and make a fine meal, will Cat share? Author/illustrator Margaret Sturton uses fresh, springlike colors in her digital collages and packs each page with wonderful details to bring the joys of gardening — and sisterhood — to life.