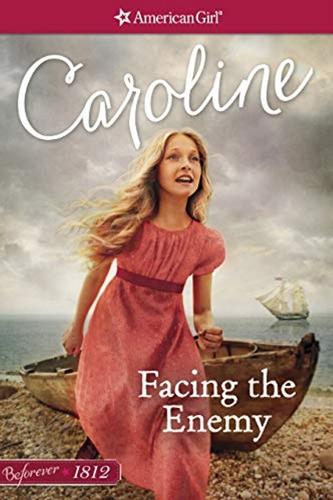 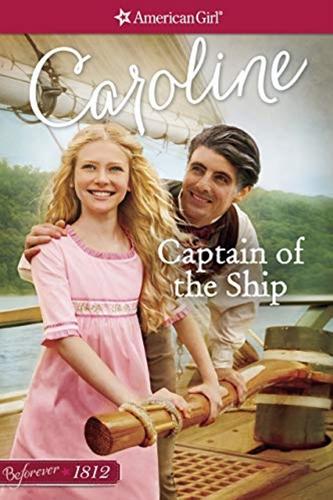 SACKETS HARBOR — The Independence Day weekend celebration at the historic battlefield in this village will be partially character driven with a touch of girl power.

As part of the celebration, the Sackets Harbor Battlefield State Historic Site is highlighting American Girl’s historical character Caroline Abbott, whose story is set near Lake Ontario during the War of 1812.

American Girl, based in Middleton, Wis., creates dolls that portray 8- to-14-year-old boys and girls of a variety of ethnicities, faiths and social classes from different time periods throughout history.

At 1 p.m. Friday, July 1, there will be a Caroline-inspired picnic lunch, games, hands-on crafts, music, scavenger hunt and readings from the Caroline book series. Participants are invited to bring their dolls to the picnic.

Reservations are required at $35 per person, by Tuesday, June 28. Seating is limited and attendees under age of 16 must be accompanied by an adult.

Introduced in 2012, the “American Girl Caroline Abbott” story takes place with her family in Sackets Harbor, where she loves sailing with her shipbuilder father and even dreams of captaining her own ship one day. But after British sailors capture her father and cousin, Caroline does her best to keep the promise she makes to stay steady and ride storms through to better weather. In the end, Caroline finds — and proves — her own steadiness and strength as she navigates the challenges of wartime.

The “American Girl” series, by various authors, is a collection of novels set within the doll line’s fictional universe. Nearly two dozen of those books have been written by Kathleen Ernst of Wisconsin.

“When American Girl invited me to create a character who lived during the War of 1812, I considered several locations,” Ms. Ernst wrote in response to emailed questions from her home in Wisconsin. “I became fascinated with what I learned about how the war affected the Great Lakes region. So much happened at Sackets Harbor that I knew it was the perfect location for Caroline’s hometown. The Sackets Harbor Battlefield is a fabulous historic site, and it was easy for me to imagine the village in 1812.”

Ms. Ernst wrote an original six books about Caroline, which were later combined into two longer books. She followed those with two “Caroline” mysteries and a choose-your-ending book about a modern girl who travels back in time and has adventures with Caroline.

Ms. Ernst visited Sackets Harbor in 2012 when the battlefield hosted a tea party for young readers when the Caroline books and doll launched.

“That was definitely a career highlight,” Ms. Ernst said. “It was joyful to see so many excited kids who love to read and love history. For me, being able to have an event on the very ground where so much happened made it extra-special. We did another event a couple of years later, which was also great fun.”

For several years in advance of the Caroline launch, battlefield staff reviewed book manuscripts by Ms. Ernst for historical accuracy and authenticity.

Last year, during American Girl’s 35th anniversary, Meilan Solly of Smithsonian magazine wrote, “Though inherently a capitalist endeavor, the brand’s broader goal of inspiring and educating young girls differentiated it from competitors. Unusually for the toy industry, the dolls and their related items adhered strictly to the time periods represented, with American Girl hiring historians and researchers to ensure products’ accuracy.”

“The historical stories are set in a variety of fascinating times and places,” Ms. Ernst said. “I think young readers enjoy meeting fictional girls who find their own girl-sized solutions to serious challenges, and have adventures along the way. Modern readers may know little about the War of 1812 or other eras, but they understand the characters’ emotions. I came to love history as a child by reading historical fiction, and I hope to pass that passion along in my books!”

At the battlefield’s gift shop, the first two volumes of the classic Caroline books, “Captain of the Ship” and “Facing the Enemy” by Ms. Ernst are available for sale, plus the Caroline Abbott mini dolls.

Was the Supreme Court right in striking down the N.Y. concealed gun law?