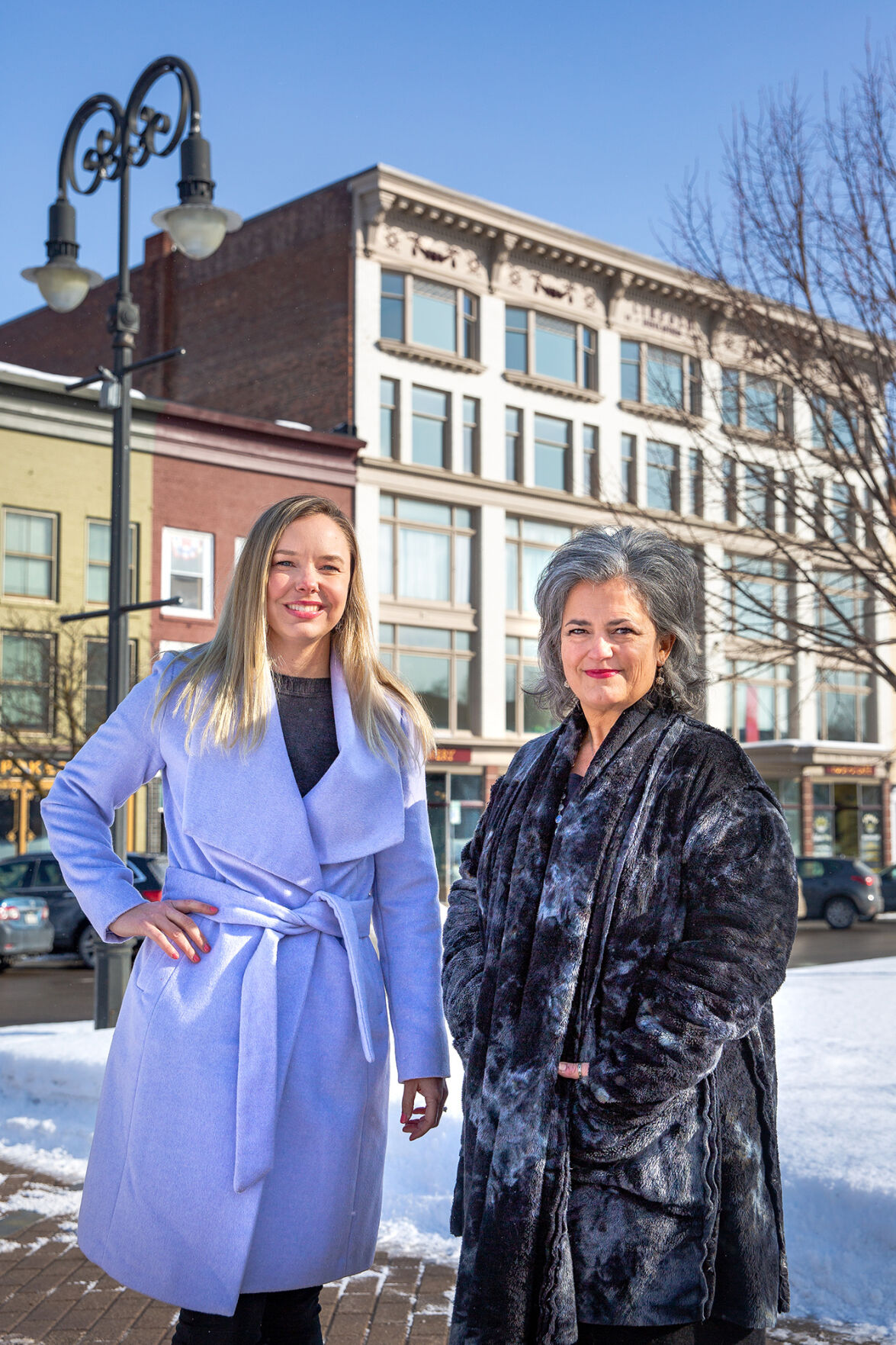 From left, Leann West and Diane Wladis of Strategic Development Specialists stand for a photo in Public Square near the Lincoln Building which they played a vital role in revitalizing for the Watertown DRI. Kara Dry/NNY Business 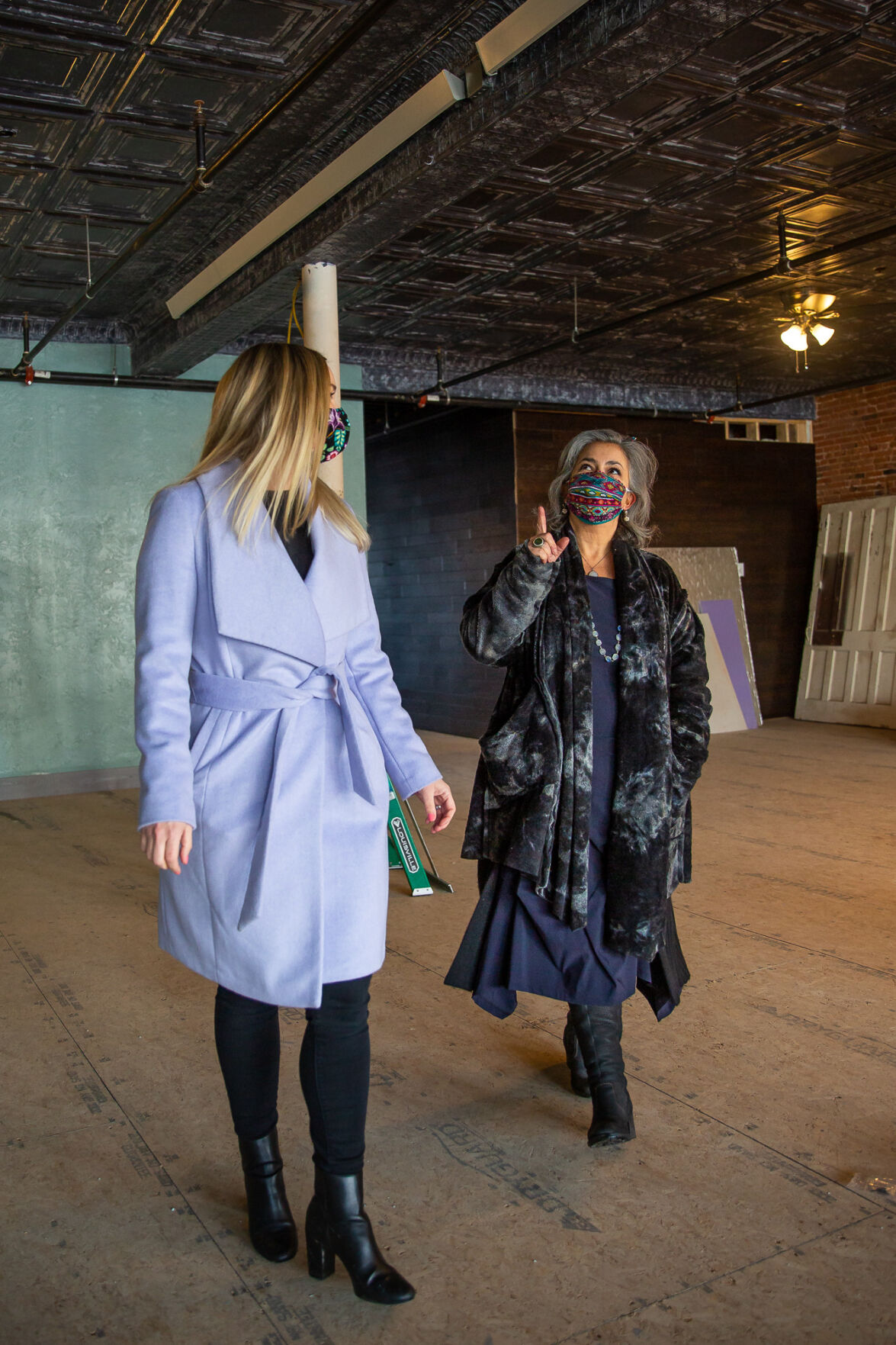 From left, Leann West and Diane Wladis of Strategic Development Specialists tour a property they are currently working on Court Street in Watertown. Kara Dry/NNY Business 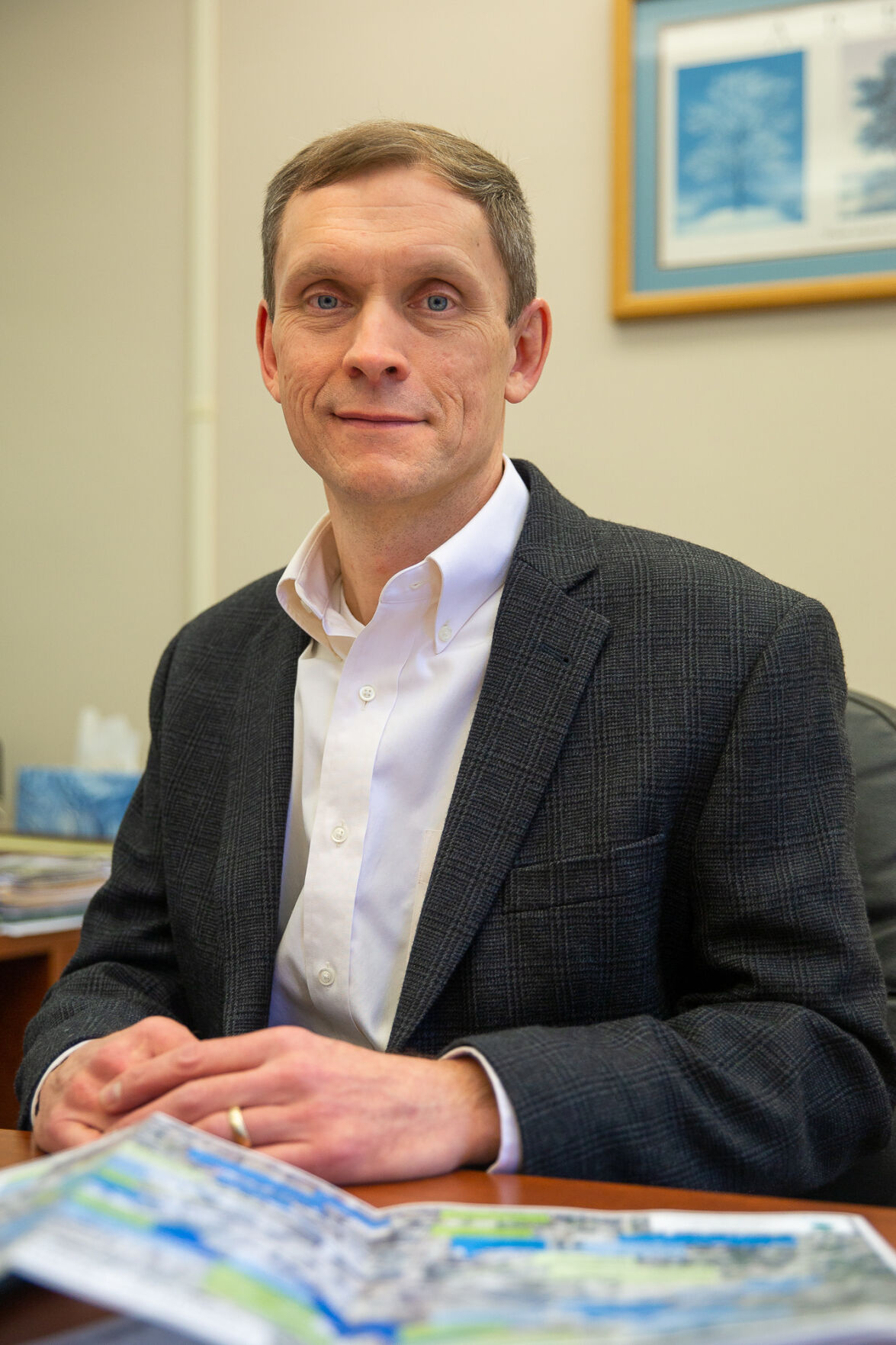 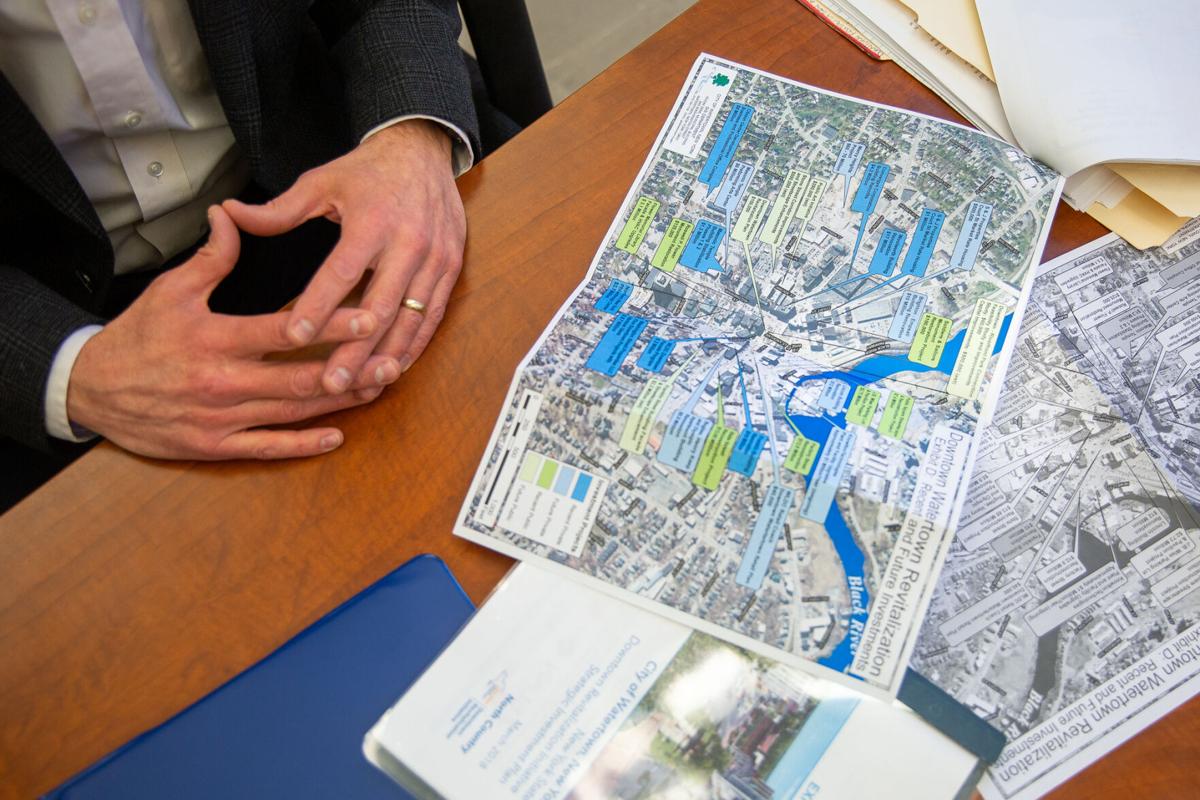 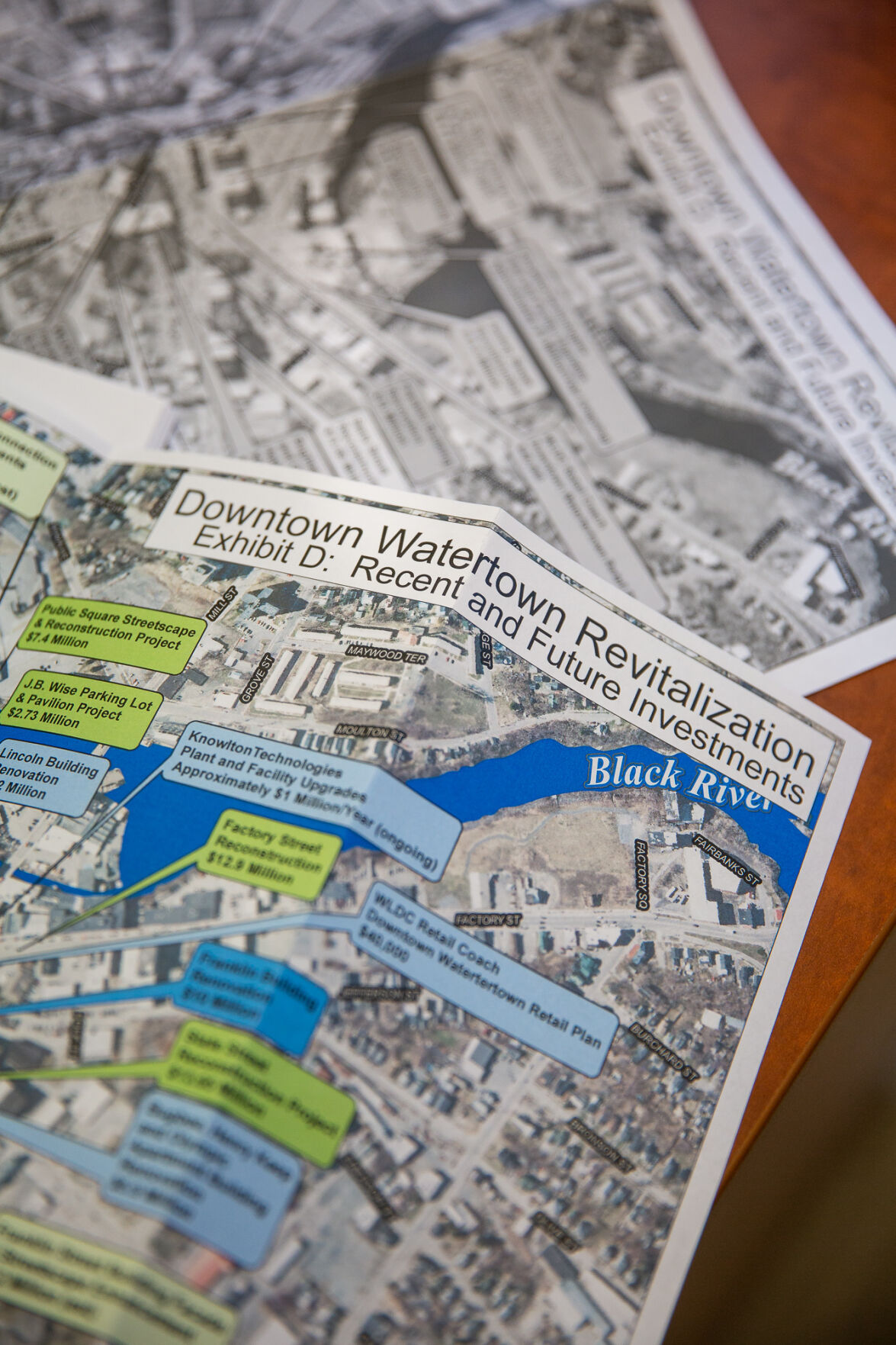 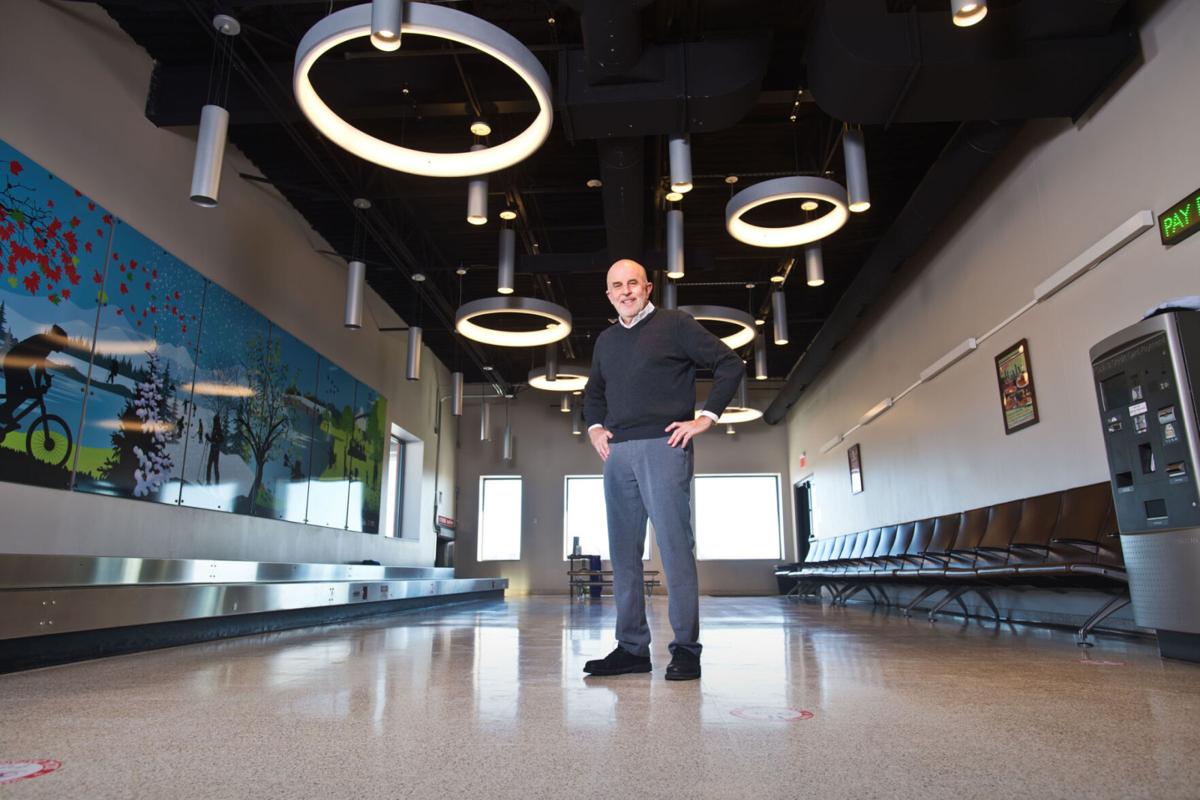 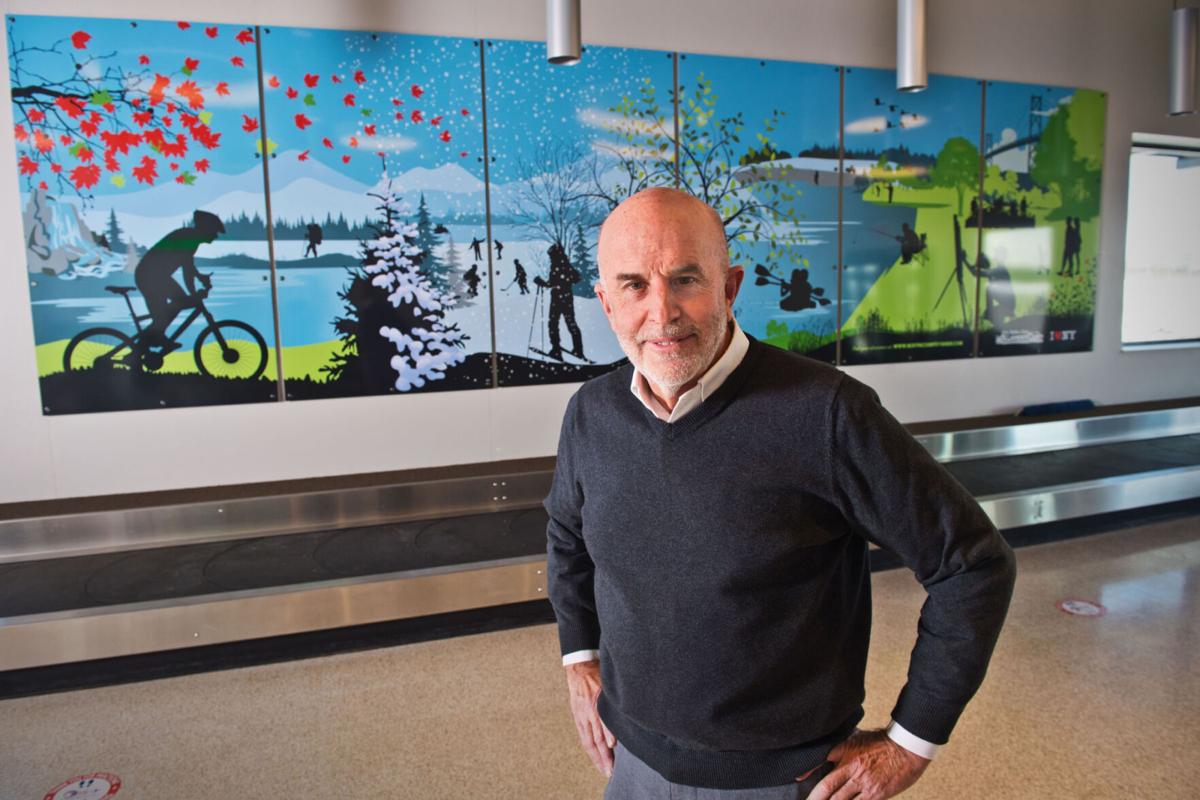 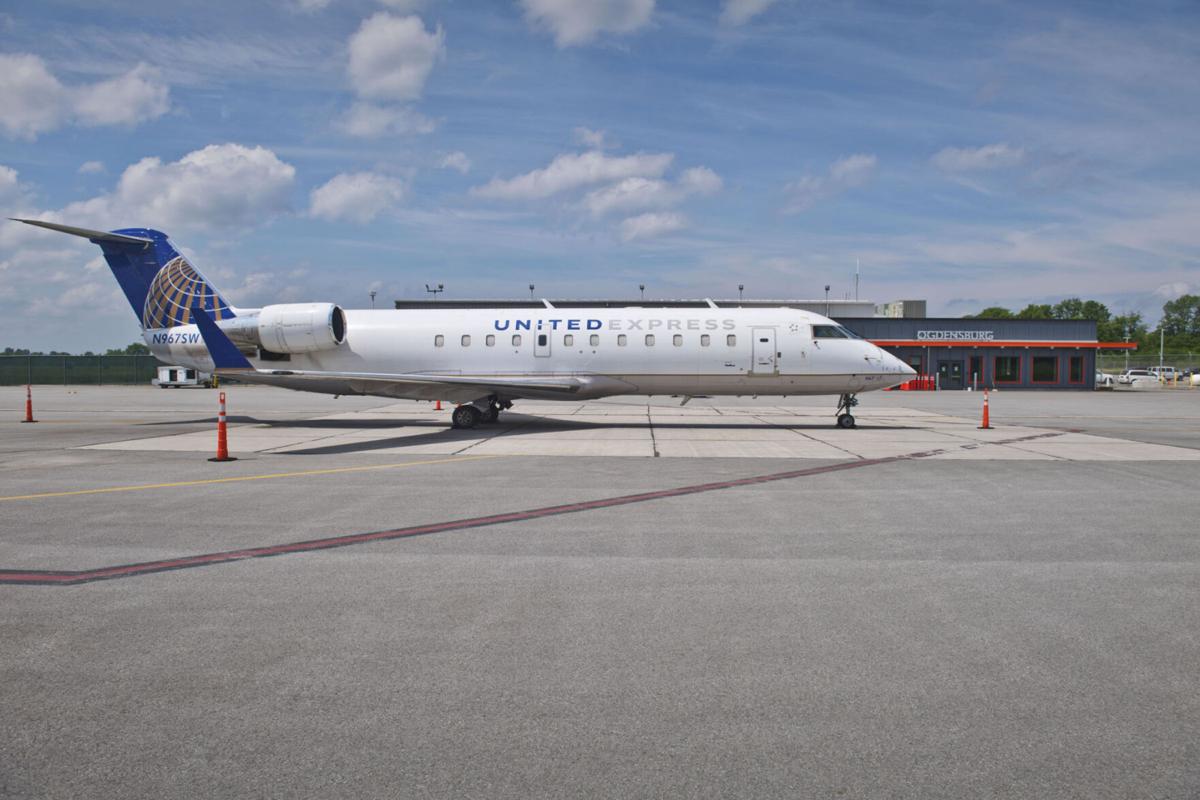 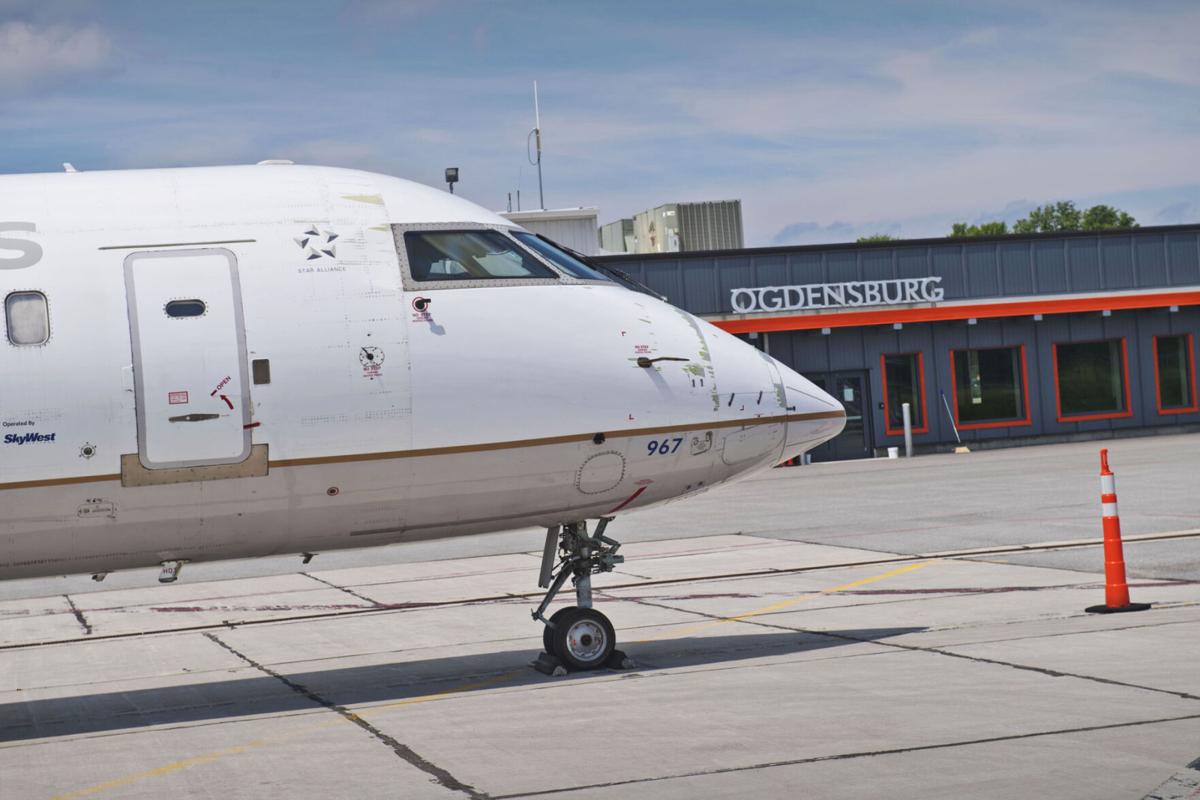 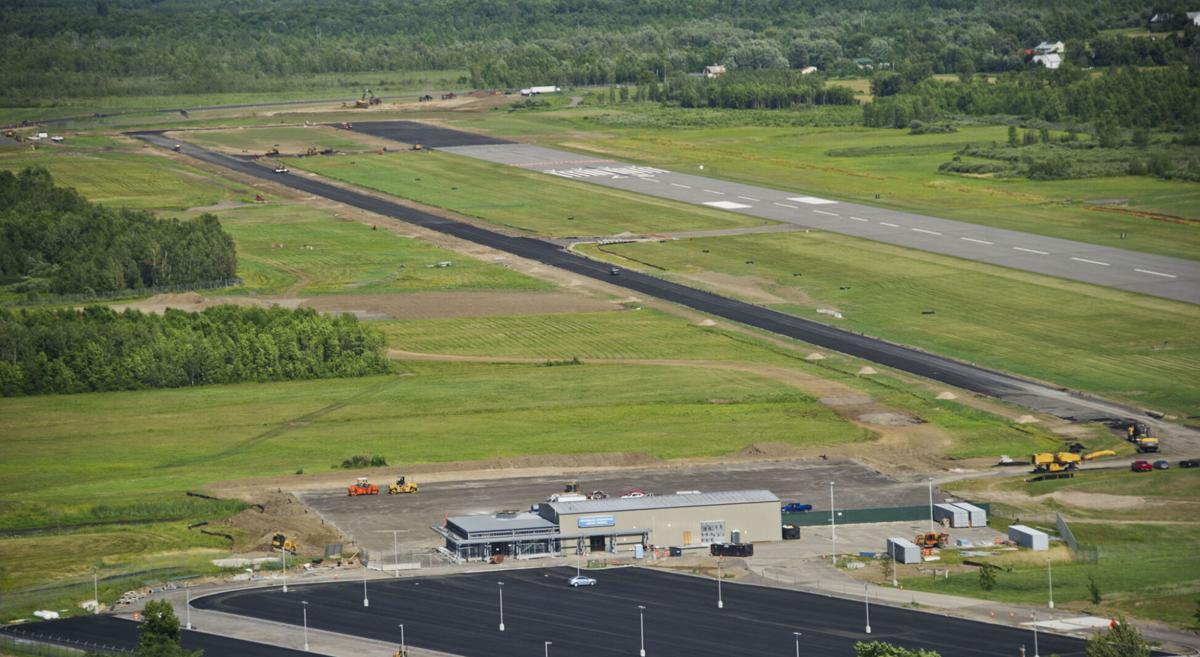 Ogdensburg International Airport underwent a major transformation during the summer of 2016. The terminal building and parking area were expanded and the runway was lengthened to accommodate larger aircraft. Christopher Lenney/NNY Magazines

From left, Leann West and Diane Wladis of Strategic Development Specialists stand for a photo in Public Square near the Lincoln Building which they played a vital role in revitalizing for the Watertown DRI. Kara Dry/NNY Business

From left, Leann West and Diane Wladis of Strategic Development Specialists tour a property they are currently working on Court Street in Watertown. Kara Dry/NNY Business

Perhaps no one has brought home more grant funding to the north country than Leann West and Diane Wladis, owners of a Syracuse-based consulting firm that has worked with communities, governmental entities, not-for-profit organizations and private businesses.

The pair own and operate Strategic Development Specialists and have become successful grant writers, with an expertise in governmental relations and economic development work.

Since 2012, they’ve been successful in securing tens of millions of dollars in grants for such diverse clients as the city of Watertown, the Ogdensburg Bridge and Port Authority, local developers and a number of health care organizations in Central New York.

While the two women have grant writing backgrounds, the firm also is known for its lobbying efforts. A registered lobbyist, Mrs. West, 38, works hard to advocate for her clients and their projects to local and state officials. She has strong relationships in Albany and throughout all levels of government that allow her to directly talk to them about their clients’ needs.

“That really sets us apart,” Mrs. Wladis said. “Advocacy is the key. Not a lot of companies do that.”

The Ogdensburg Bridge and Port Authority became one of Strategic Development’s earliest clients when the firm was retained in 2013. The company has worked with the authority on various projects related to lobbying and grant writing for a $26 million runway expansion and terminal upgrade at the Ogdensburg International Airport.

In all, Strategic Development secured the brunt of the funding, with $18.75 million solely for runway projects from the Federal Aviation Administration and another $500,000 from the state for the terminal improvements. The port authority used the federal money to expand the airport’s runway by 4,000 feet and built a new terminal. The project created more than 100 jobs.

Their most well-known work was done for the city of Watertown. In 2017, Gov. Andrew M. Cuomo came to town and announced that Watertown was awarded a $10 million Downtown Revitalization Initiative grant in a packed house at the Masonic Temple.

While the COVID-19 pandemic slowed down some of that work, the Lincoln Building project has been completed. Work on the Masonic Temple has begun on restoring the building’s longtime crumbling exterior and the owners still have plans to renovate the building’s second-floor grand meeting room and its basement.

If, and when, the other transitional projects proceed, the DRI award is designed to change downtown Watertown forever. The DRI funding was the biggest grant that the city has ever received in the 25 years that city planner Michael A. Lumbis has worked with the city, he said.

Mr. Lumbis, the city’s planning and community development director, worked closely with the firm on the city’s DRI grant application.

As successful businesswomen, the pair felt it was important to become certified as a NYS certified Woman-Owned Business Enterprise. They believe that the certification helps with business client endeavors and advocating for them, they said.

“We are really good listeners.” Mrs. Wladis said. “We know exactly what our clients want and need.”

The two women were brought in to help Watertown with grant writing under former Mayor Joseph M. Butler Jr.’s administration, a year before the DRI application.

The DRI grant and state funding was followed up with a $30,000 feasibility study to connect downtown Watertown with the Black River and another $50,000 grant for a study on how to redevelop Sewall’s Island, the former site of the mammoth Black Clawson complex that closed in 1991 and was destroyed by 1999 fire.

Mr. Lumbis recalled how the firm first applied for a $10 million DRI award the year before the city obtained the money, but it wasn’t awarded at that time.

Of course, they tried again and were successful.

“We had more time to coordinate with the developers and put more time in the application and that was beneficial,” Mrs. West said.

In the end, Strategic Development Specialists corralled about $20 million in state money for Watertown projects. Retaining the consultants was worth every penny that they were paid, Mr. Lumbis said.

He also said that the firm kept the city abreast of the progress of the DRI application process while it was being considered by the state. Mrs. West talked to her state contacts about the city’s application, Mr. Lumbis recalled. That is something that the firm does for its clients, Mrs. Wladis said.

Steve Lawrence, the interim director for the Ogdensburg Bridge and Port Authority, said Strategic Development didn’t give up when the port authority was unsuccessful in obtaining funding for $5 million in renovations of the Ogdensburg-Prescott International Bridge.

But the two women persevered. They were able to find a way to secure a $2 million Transportation Investment Generating Economic Recovery (TIGER) grant for the bridge work.

“They are very good at knowing what our needs are,” Mr. Lawrence said.

The project is underway now to replace portions of the failing, lead-based paint protection system on the bridge’s steel girder that spans the United States side.

“When the project was finally funded, it was because of the way the project was framed as averting a potentially significant lead-based threat to the environment — fitting better with the goals of the TIGER program,” Mrs. West said.

The lead-based paint is being replaced with an environmentally friendly, zinc-based paint system.

On the private business side, the firm helped MetalCraft Marine, which manufactures a variety of high-powered aluminum patrol, fire and work boats, move from Clayton to a larger manufacturing location in Cape Vincent. The Kingston, Canada-based company has since moved to Watertown.

Strategic Development also assisted local businessman Stephen J. Bradley with acquiring a $990,000 Restore NY grant to renovate the interior of a 12,000-square-foot, two-story building at 170 Court St. The company continues to help Mr. Bradley work with the state on getting that project completed, Mrs. West said.

The company currently has 23 clients. The two women employ Lorri Morris, a grant writer who specializes in economic development and governmental relations in their Syracuse office.

In 2010, the two co-founders of the company started working together at Mrs. Wladis’ husband’s law firm in Syracuse when Mrs. West was a grant writer. Two years later, they decided to go out on their own and formed Strategic Development Specialists.

Mrs. West is a graduate of St. Lawrence University with a bachelor’s degree in global Studies and French.

Mrs. Wladis is a graduate of the S.I. Newhouse School of Public Communication and holds a B.S. from Syracuse University where she majored in journalism with a minor in fine arts. Before co-owning the company, she was a freelance writer for 25 years.

Do high income nations with more doses of vaccines have a responsibility to help inoculate people in countries with fewer resources?