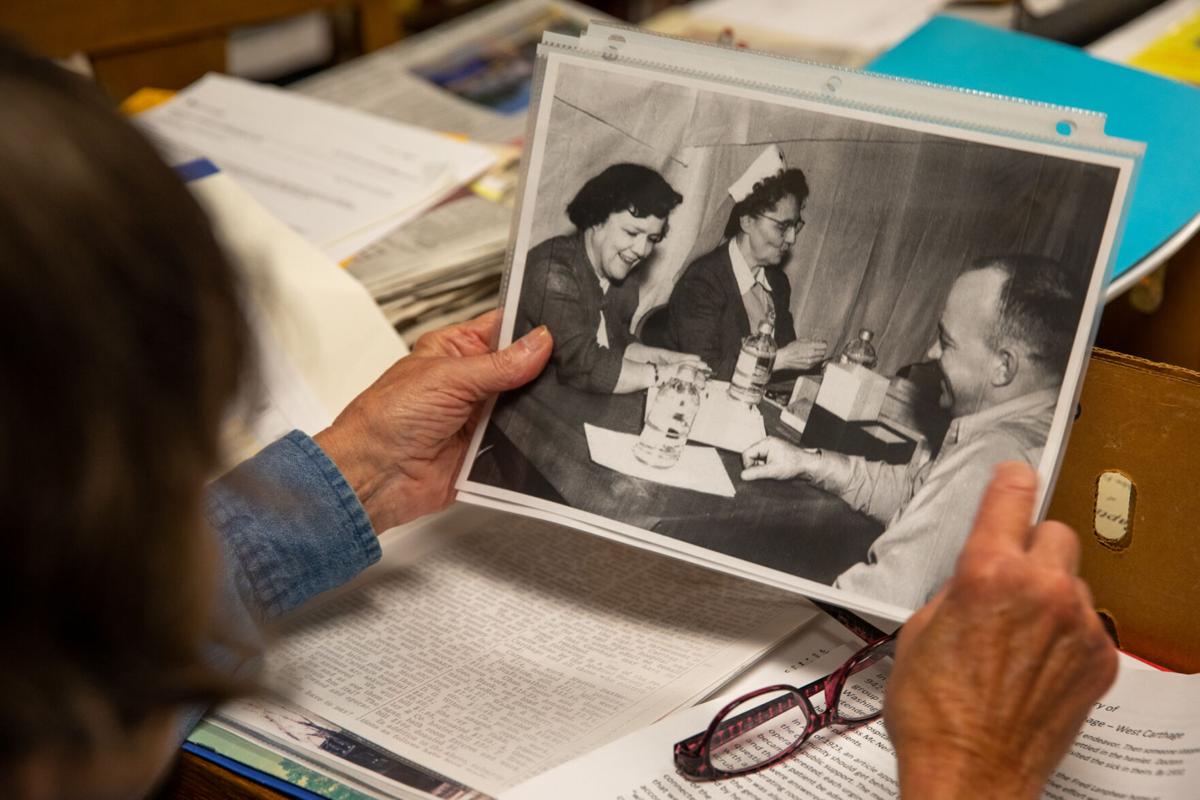 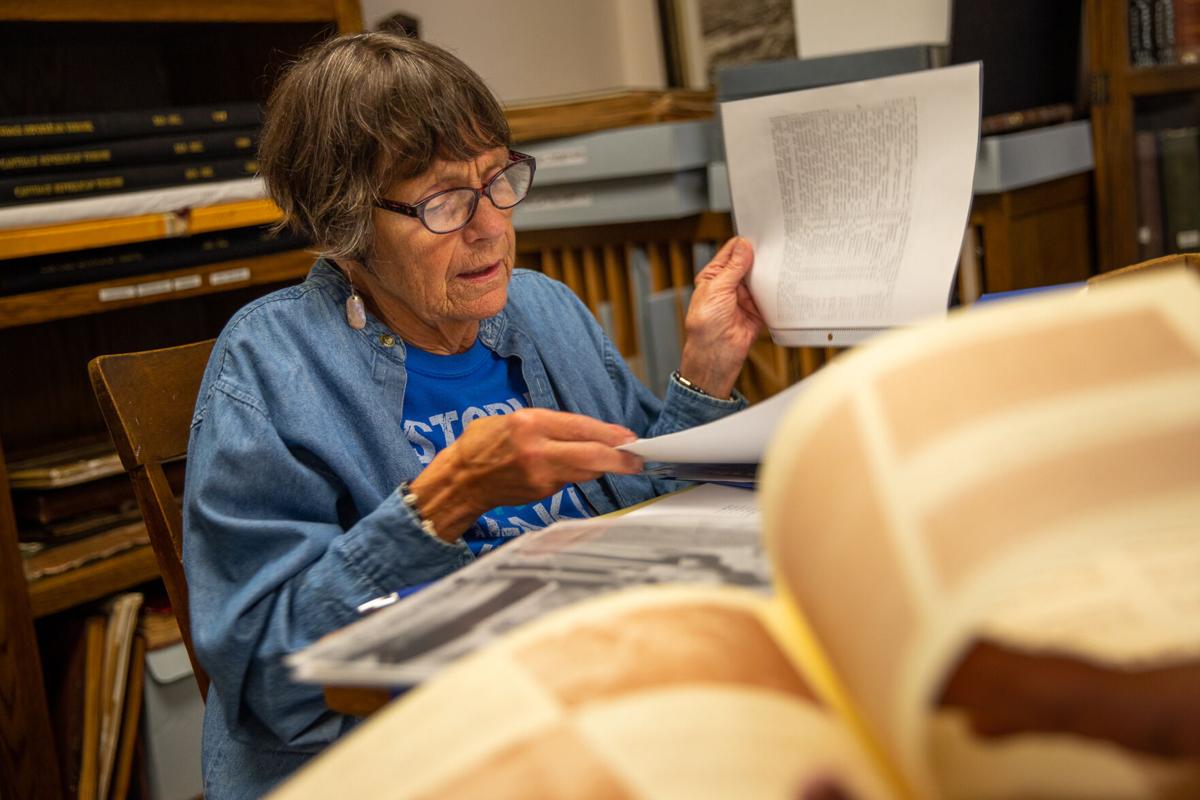 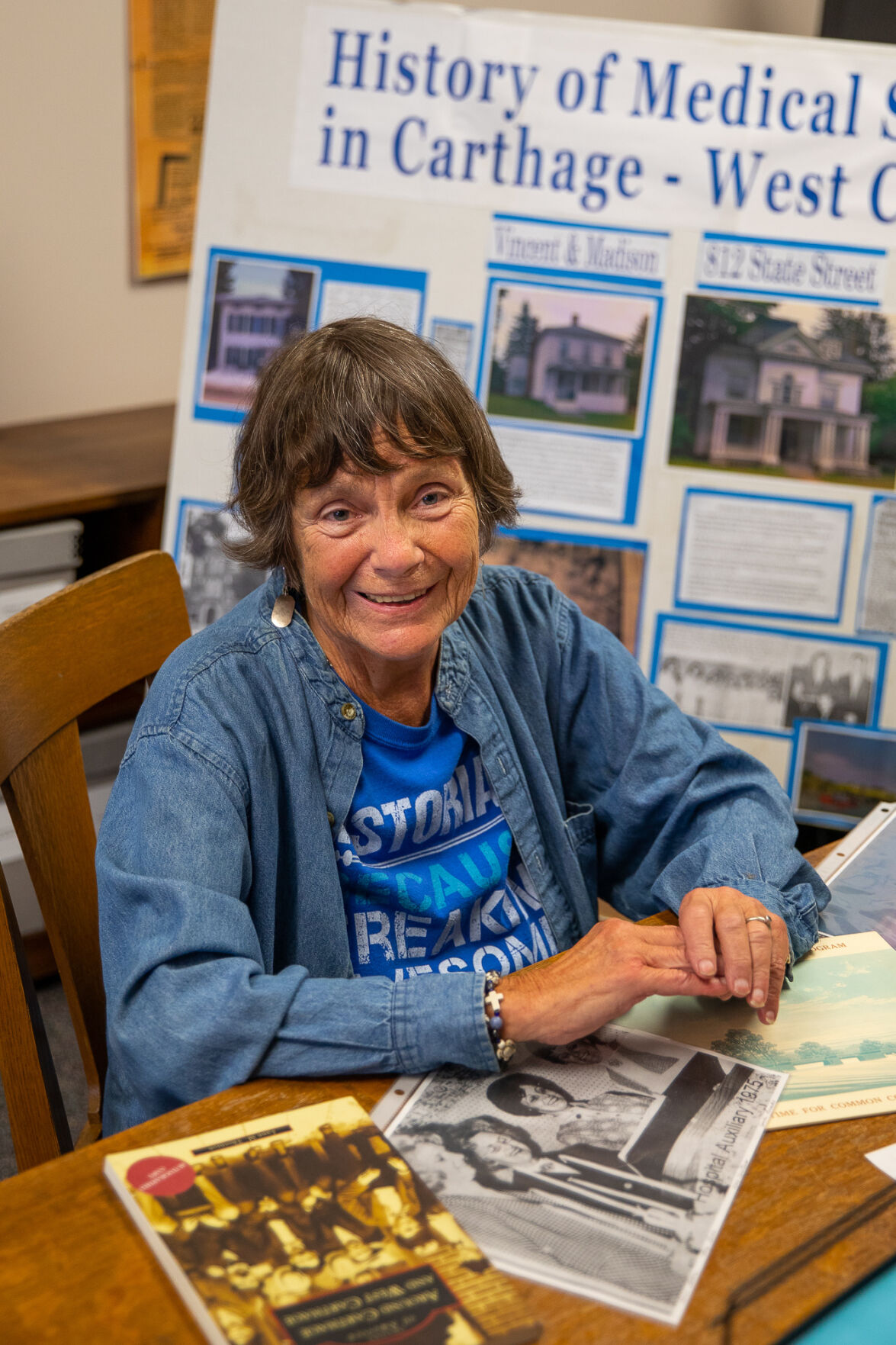 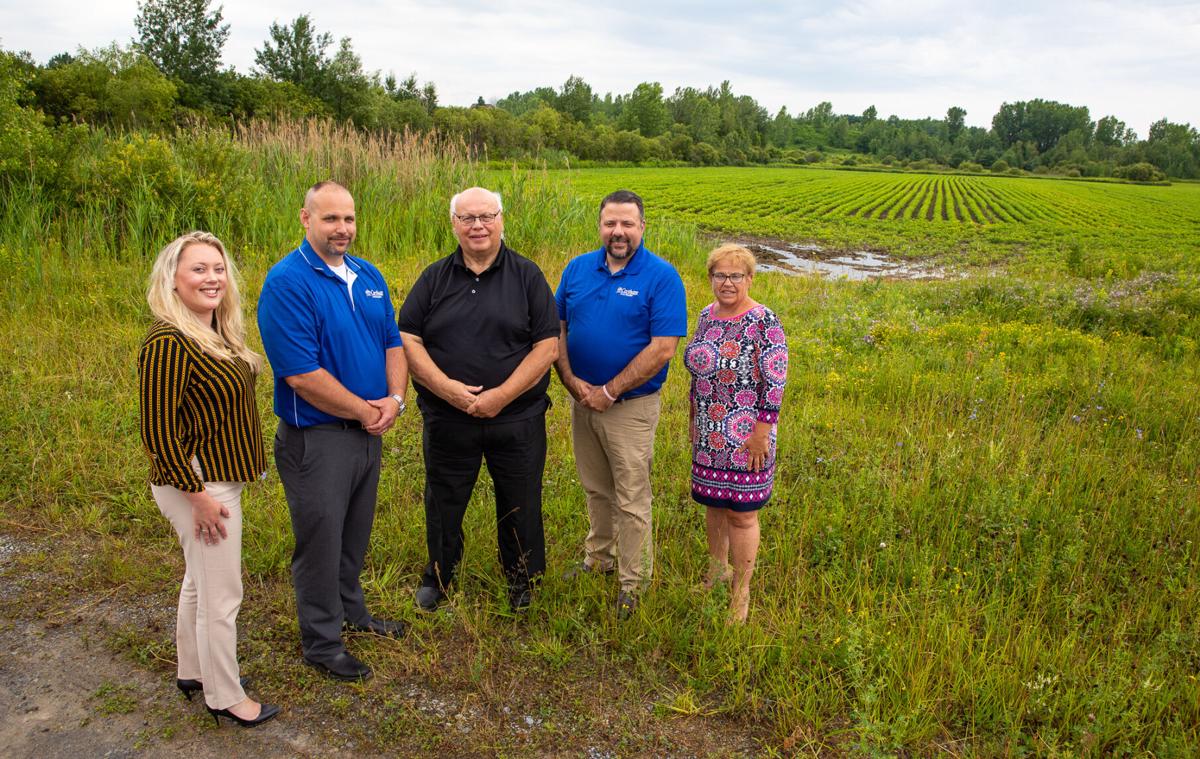 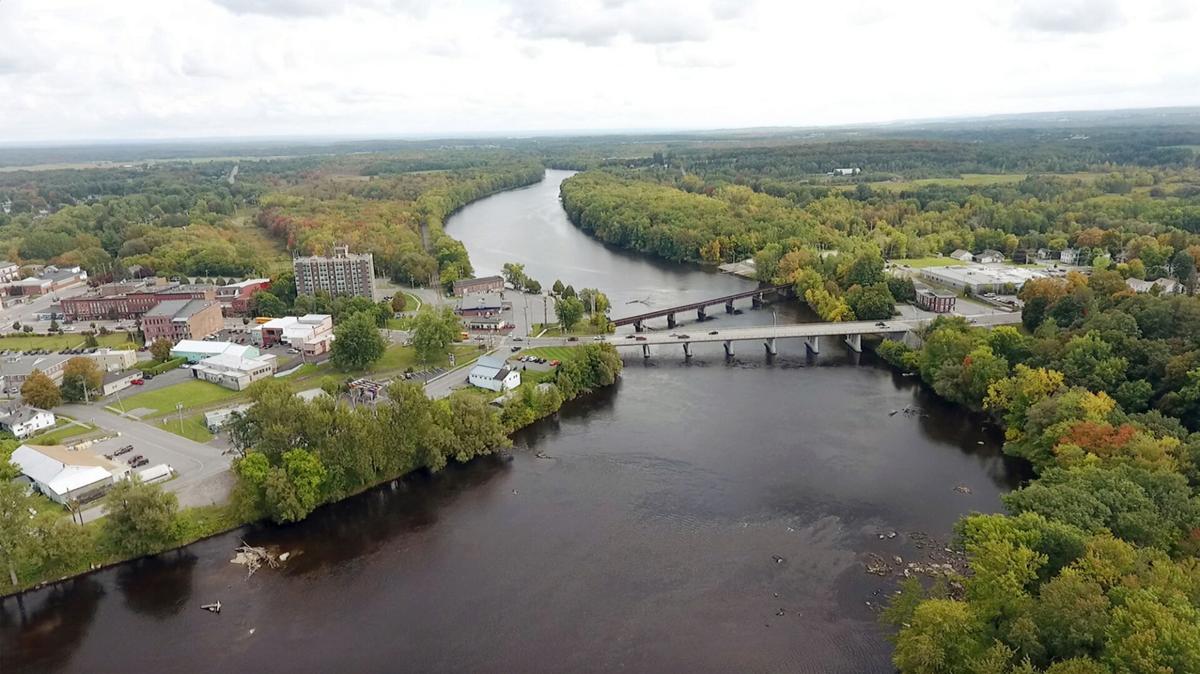 Carthage Area Hospital is celebrating 100 years of service to the north country this month, with a rich history behind it and the promise of a bright future ahead.

On July 7, 1965, Carthage Area Hospital opened its doors as a voluntary, non-profit, short-term hospital. Now, it is looking forward to an $86 million transformative project for the community: a brand-new hospital campus.

Right now, the future location of the new Carthage Area Hospital is a corn field off Cole Road, with nothing but a gravel path leading to it, but one day it will be a “one-stop shop” for local healthcare needs.

“It proves the need for health care to be provided locally and in the community where people are living,” said CEO Richard A. Duvall on the hospital’s history. “It’s important that we’ve been able to step up and meet that demand over the last 100 years, and we’re setting forth plans to continue that for the next 100 years.”

According to Robert D. Bloom, chief financial officer, the hospital is still working through the U.S. Department of Agriculture approval process for funding, which COVID-19 has created some additional delays for, and is hoping to hear back about by the last half of September. In the meantime, Carthage Area Hospital and the town of Champion are seeking $6 million from the federal government to help build the new hospital, according to Taylour L. Scanlin, foundation and marketing director.

Fort Drum has endorsed the project and the application for the grant is in, so now the wait is on. Both Carthage Area Hospital and the town of Champion will now wait until August 12, when the federal government tells them if they will move on to the next round of the funding process. The grant requested would pay to get water and sewer service connected to the still-vacant land.

“Back in 2018, we conducted a feasibility study and they determined that we would need to raise between three and four million dollars over a three- to five- year period for this project,” Ms. Scanlin said. “This will be the largest fundraising effort that the Carthage Hospital Foundation has ever had to do, so our focus will be on building relationships with donors.”

According to local history compiled by Champion and Carthage Historian Lynn M. Thornton, in the early 1920s, a woman named Rilla McNeil opened a “rest home” at 942 State St. a few years after an effort was made by a group of citizens to build a public hospital on North Washington Street. Money was raised and work begun. Water and sewer lines were extended to the site and the hospital was temporarily opened and used as a contagious hospital during the Spanish Flu, but it closed again after.

“Spanish Flu hit this area very hard, and there were different places designated as places of quarantine,” Mrs. Thornton said. “Everybody didn’t have a separate room for everybody in their house, so if you didn’t have a separate room for somebody that was really sick, they might have to go into quarantine somewhere else. After the quarantine ended is when they started research to do a hospital here in Carthage.” In August of 1921, there was the execution of the certificate of incorporation by the people that were working on the Carthage hospital. In October of the same year, it was approved by the state and was then approved by the Supreme Court of New York the month after.

In July 1930, Marguerite Garvin bought a 15-room house on the corner of Vincent and Madison streets in West Carthage with the intent of opening a hospital. An open house was held and it was the only hospital in the village. In 1964, the hospital closed for good.

Mrs. Thornton’s brother was born in that hospital, and she had her appendix out there.

Mrs. Thornton said she could remember going to that one on the night of the prom because the mother of the boy she was going with was in the hospital and he wanted her to see Mrs. Thornton in her gown.

“When the hospital was proposed, I think it met with a lot of enthusiasm,” Mrs. Thornton said. “They needed something that was going to be closer and more convenient. I think that people were ready in the 60s to embrace the idea of the hospital and we had enough people with medical backgrounds here in the community to make it work.”

She said her son, Christopher, was around the tenth child to be born at the new hospital at the time, at the location where Carthage Area Hospital still stands.

In 2007, a $9.2 million renovation that included an Ob/Maternity center, a new surgical wing with four operating rooms in a new wing and a modernized medical and pediatric wing was added to the original building.

“I feel like I’m part of the hospital, I feel very comfortable going there for anything,” Mrs. Thornton said. “I feel real loyalty to it and that it’s a part of my whole heritage. I just think that people need to continue to support the efforts of the hospital.”

Mr. Duvall said he thinks the thing that has allowed Carthage Area Hospital to continue is the fact that it has been agile. As part of that agility, the hospital partnered with Claxton Hepburn Medical Center, Ogdensburg, in sharing administrative services, and over the last 18 months it’s grown to sharing several other services. Together, the facilities saved $1.8 million in one year, which has allowed each of the organizations to take money saved and reinvest it without sacrificing any services or governance.

“The basis, or the process behind doing this, has been proven; the consultants we used have tracked replacement campus projects for the last 20 years and have nearly 200 hospitals included in that study that have all been very successful,” Mr. Duvall said. “So this isn’t just a wild guess, this is based on factual data, empirical data that supports the need for this project to move forward.”

The new hospital location is also basically right next door to the hospital’s assisted living facility, which will make that transition of care even easier.