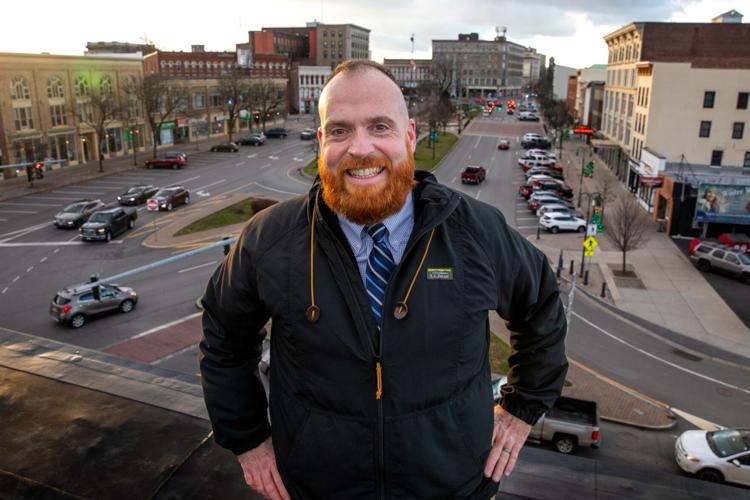 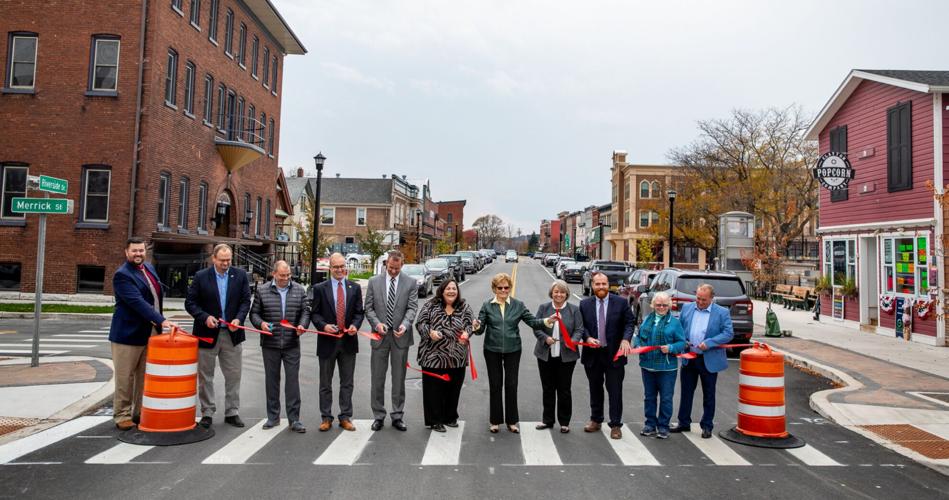 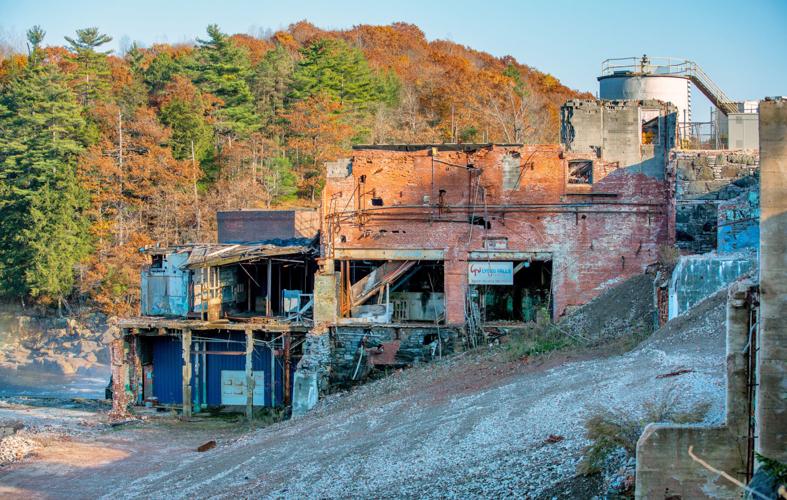 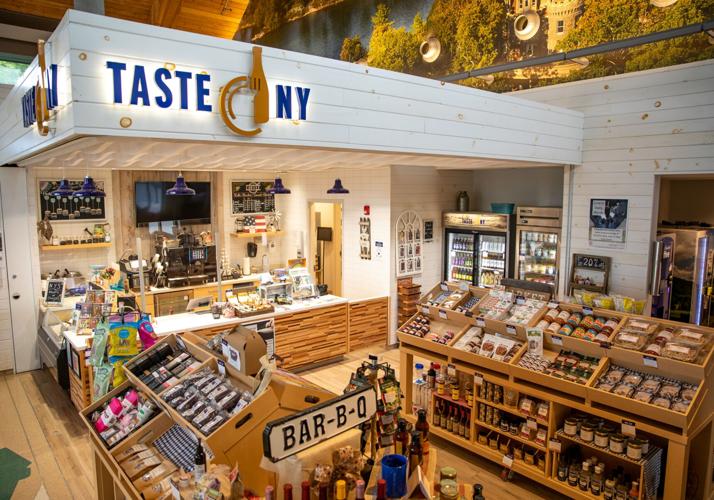 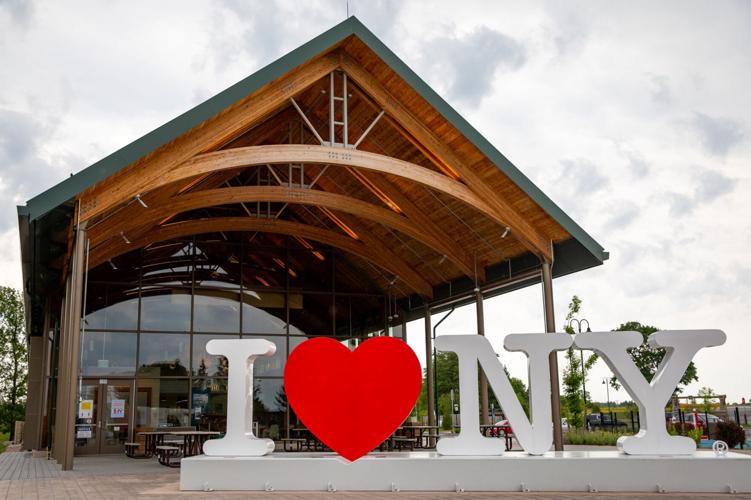 As the North Country Regional Director for the Empire State Development Corp., Steve Hunt has played a role in helping many economic development projects – and many, many more – over the next few years.

From Jefferson Community College’s plans to open an entrepreneur center in a vacant nightclub in downtown Watertown to getting the Saranac Waterfront Resort hotel off the ground; burying unsightly power lines in Clayton, the Paradox Brewery building a 25,000-square-foot facility in the foothills of the Adirondack Mountains that produces 50,000 barrels of craft beer and redeveloping the historic Lincoln Building in Watertown, Empire State Development has had a tremendously busy year.

In his capacity, Mr. Hunt oversees Empire State Department’s offices in Watertown and Plattsburgh, and serves as the executive director of the North Country Regional Economic Development Council.

The ESD serves as the state’s economic development agency, while the north country and other seven regional offices administer its programs.

“It’s been said that economic development is a team sport, and we work with all kinds of economic development organizations on the local level. This provides an opportunity for us to learn about any local issues, or projects that may not be on our radar. It also allows us to support local businesses through groups like the Watertown Trust and its programs,” Mr. Hunt said.

As he sees it, economic development comes in many different forms and working together with local development organizations helps.

Whenever Mr. Hunt is engaged with a company looking to grow or expand in the state, he looks for the best tools to fit the company’s needs. Sometimes that means working with him and the ESD, but many times it’s connecting them with a local development organization, he explained.

“Regardless, it is all part of the same goal: supporting regional economic growth,” he said.

Capital grants and tax credits are the main tools used to encourage business growth in the region. Grants can support projects that include capital expenditures to create new jobs, retain jobs that would otherwise be in jeopardy, or foster economic growth.

ESD uses tax credits through the Excelsior Jobs Program to support projects that create and retain jobs, or make significant capital investments in the state. The program provides businesses with a credit for a percentage of the wages associated with each net new job, he explained.

The regional office is responsible for a large area of the state.

The north country regional office is vast - the largest ESD regional office in geographic size. That’s why there are offices in Watertown and Plattsburgh, each with a team of staff available to offer strategic and programmatic support, Mr. Hunt said.

With its proximity to Canada, from Watertown to Plattsburgh to Lake Placid and including the 6-million-acre Adirondack Park, the region is a gateway to U.S. and Canadian companies seeking growth opportunities, according to ESD officials.

Mr. Hunt also serves as a liaison between the regions and the Regional Economic Development Councils, and New York state government, so issues that may be unique to the north country are considered when making economic development decisions at the state level, he said.

As a region, the north country is large and rural, without a major metropolitan center, but its assets “are immense,” Mr. Hunt said.

The north country consists of a shared border with Canada, a number of colleges and universities, relatively affordable real estate and unmatched natural beauty, he said.

“We have so many attributes to sell in the region. And despite the vast territory the region covers, there is commonality,” Mr. Hunt said. “I think some people would be surprised that many of the issues and opportunities in the Plattsburgh area are similar to those in Watertown, Ogdensburg and Lowville, too, and I think that helps the Regional Council address issues and pursue opportunities.”

One of the misconceptions of the agency’s efforts is that it only supports large companies. While those projects might get the most attention, it’s not really the full picture of what Mr. Hunt and the ESD do.

“We work with companies of all sizes,” he said.

For example, he worked on the expansion of Zehr’s Flowers and Landscaping in Lewis County, a second-generation woman-owned small business.

The total project cost was $270,000, with the ESD providing a $54,000 grant, which resulted in the company doubling its employment from six to 12 employees.

While his office fielded countless phone call from business owners needing help during the pandemic, ESD provided $225 million in support to stimulate economic recovery efforts through shovel-ready projects in each of the state’s regions after Covid hit.

And he’s proud how the region has worked together through the Regional Council initiative. Members from St. Lawrence and Jefferson counties work collaboratively with representatives from Clinton and Essex Counties.

“Those conversations wouldn’t have necessarily happened organically,” he said.

The Regional Council — heavily involved in Fort Drum’s mission and its soldiers — recognizes the economic impact Fort Drum has as the largest single-site employer in the state.

Over the years, the regional council has advanced such projects for Fort Drum’s housing and family needs, strengthening the region’s commitment to the Army post. At the same time, the region has benefited from soldiers and their spouses who decide to live here and then join the north country’s workforce, he said.

The regional council also has an important strategy to maximize its “Canadian Connection,” by bringing Canadian companies looking to grow in the U.S. market, Mr. Hunt said. EZ Stak and MetalCraft Marine are just two examples that grew in Jefferson County.

Mr. Hunt and the ESD have also helped the region’s important tourism industry, investing in projects like the 1000 Islands Harbor Hotel, or more niche funding to bring special events like the Bassmasters tournament to Waddington, or by providing loans to dozens of tourism businesses.

After serving as the deputy chief of staff for former U.S. Rep. Bill Owens, the Watertown native was appointed to the regional ESD position in 2014.

“It’s been very satisfying to work in my home region and support projects that have a tangible effect on the communities where I live and work,” he said.

Before his role in progressing the north country, he studied Business Administration at Jefferson Community College and received a degree in Public Policy and Public Administration from the University at Albany’s Rockefeller College of Public Affairs.

A losing proposition. If not for Fort Drum and prisons the north country would be a ghost town!