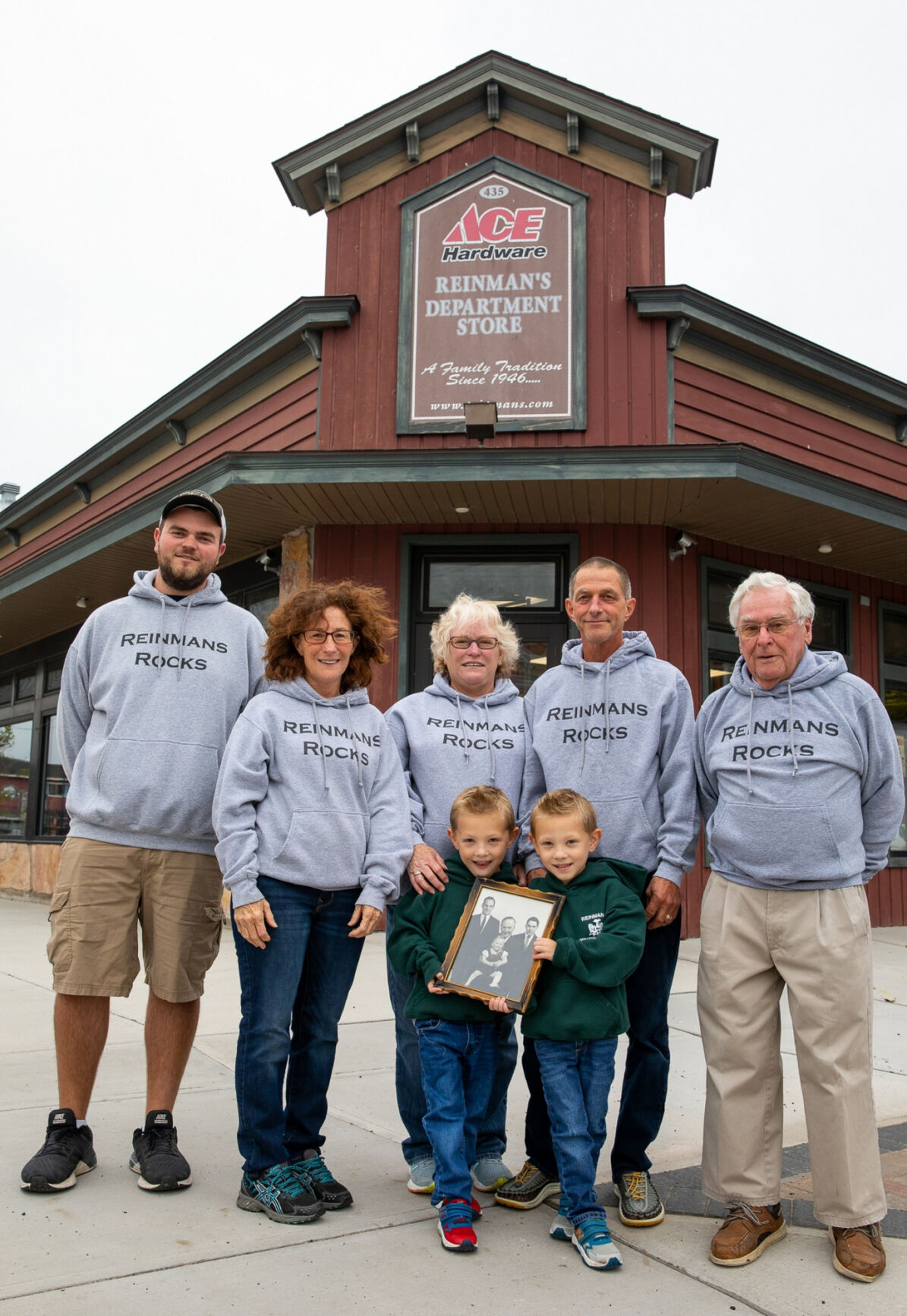 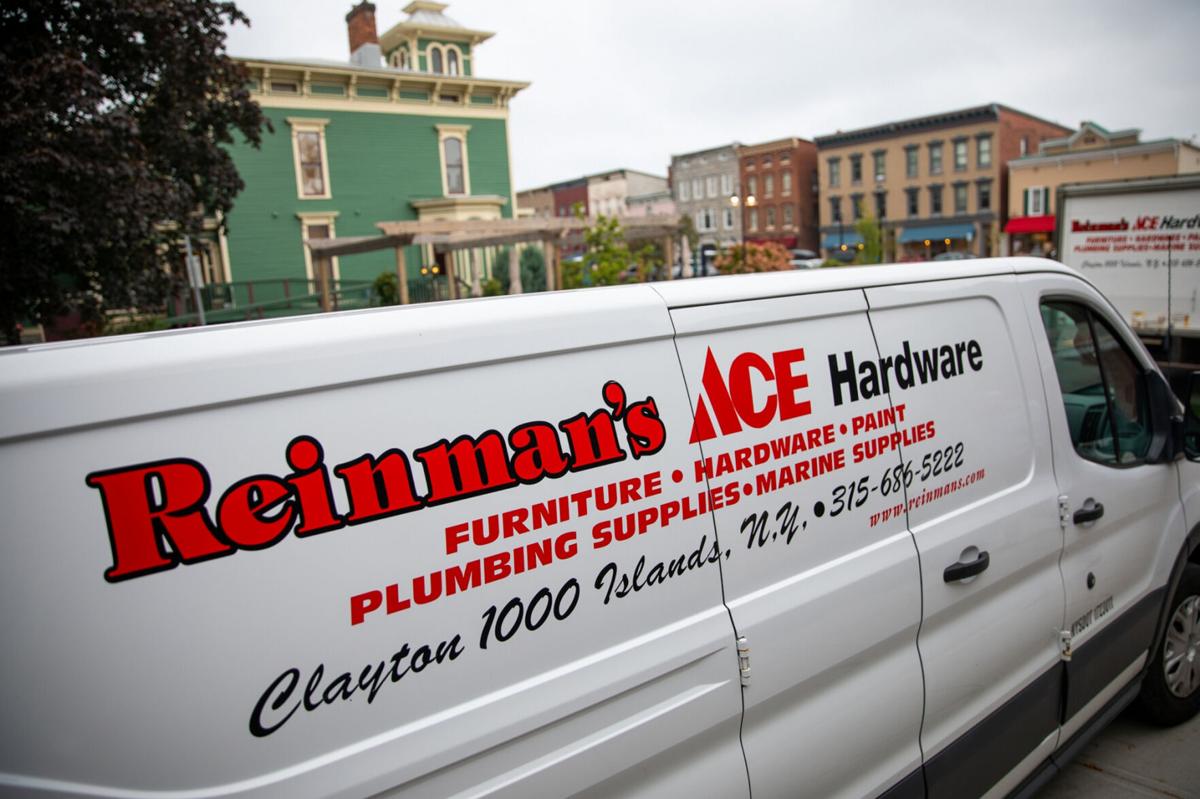 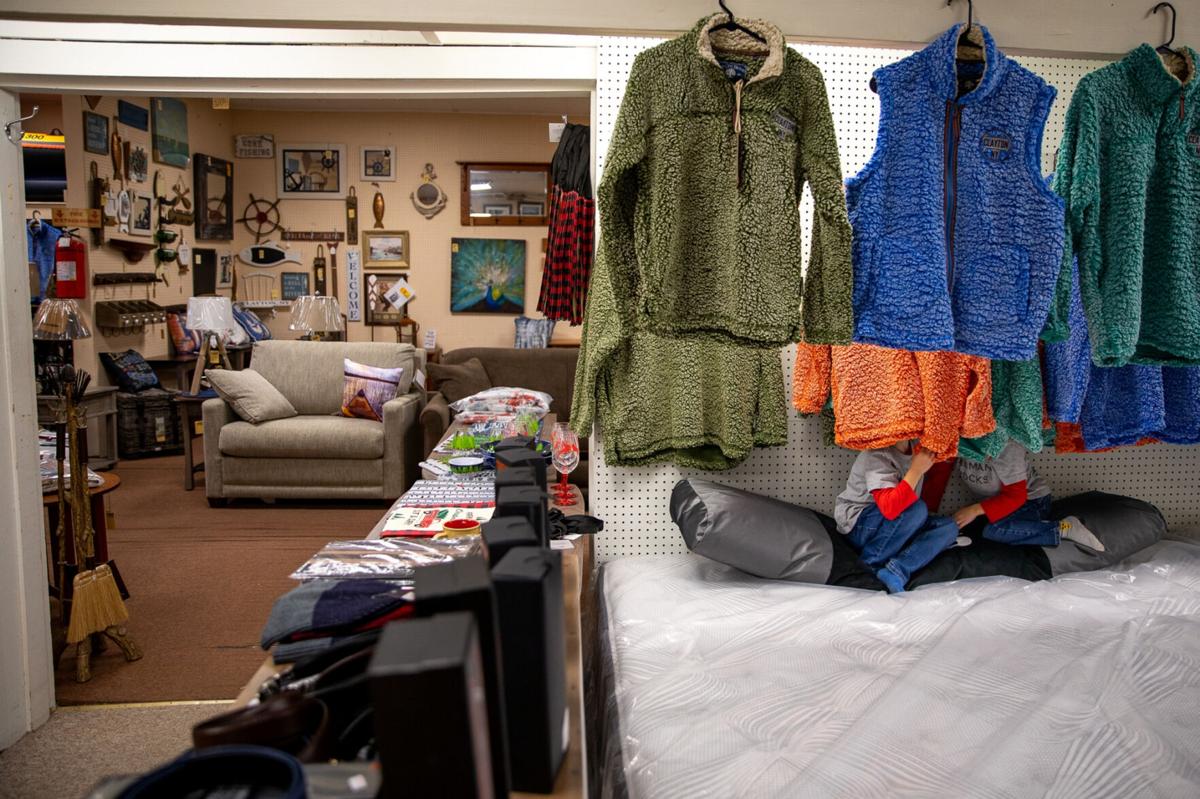 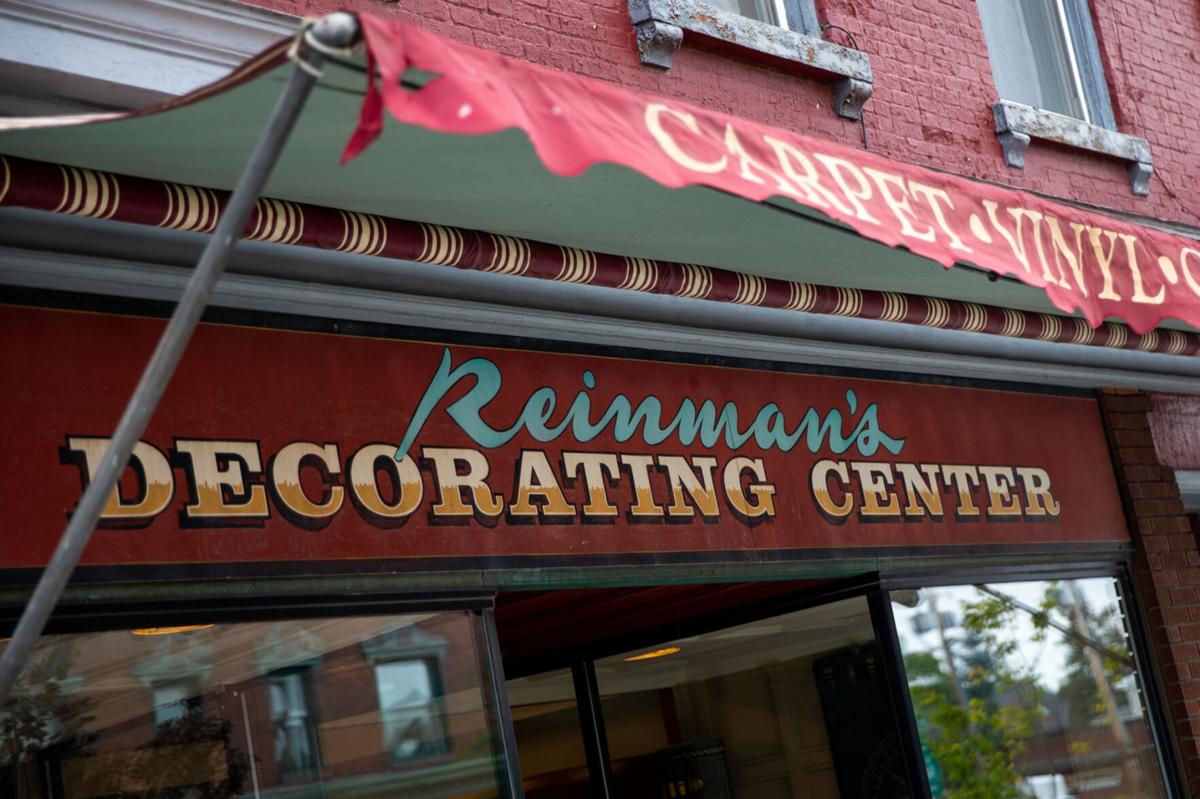 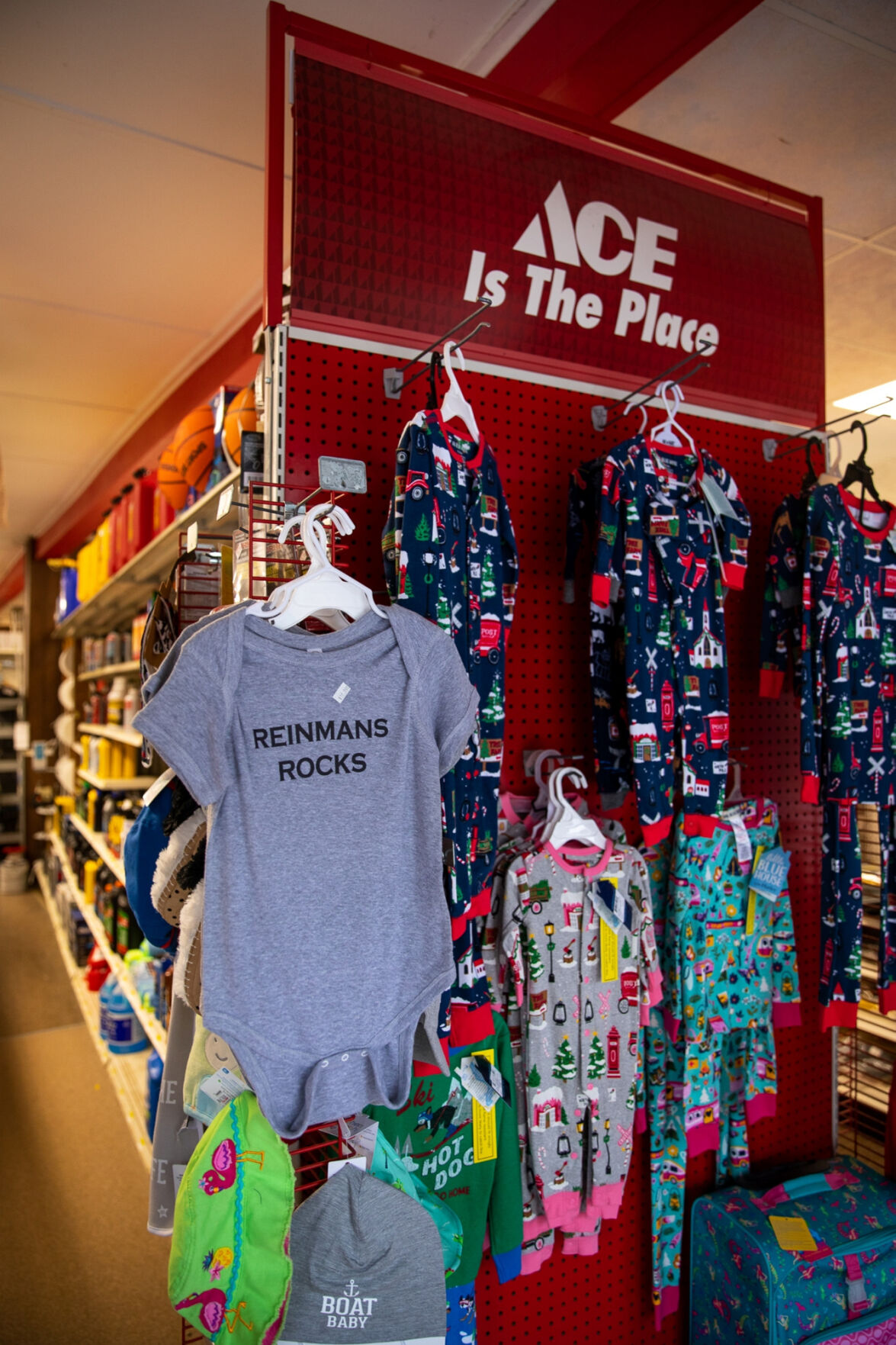 Community is what it’s all about at Reinman’s Department Store in downtown Clayton.

The 75-year-old department store, which carries everything from hardware and tools to daily essentials and even furniture, has been in the hands of the Reinman family since its inception.

Mary Hayman, formerly Reinman, is the fourth generation of the family to own the business at the corner of Riverside Drive and John Street.

“During the Great Depression, there was a little corner store that sold cigars and newspapers, right here on this spot,” she said, sitting in an Adirondack chair in the front of the shop. “That was my great–grandfather, Charles Reinman. They called him Charlie.”

That shop took up only a small corner of what now represents Reinman’s, which has grown up over the years to take up four storefronts.

When Mrs. Hayman’s father returned to Clayton in 1946, he opened a small appliance store in the same storefront his father had sold cigars and newsprint from, starting the legacy of Reinman’s Department Store.

It remains a family affair to this day, with Mrs. Hayman’s husband Bill, as well as her sister Kathy and cousin Melissa working in the store alongside her, and her now-retired father occasionally stopping in to help as well.

Mrs. Hayman said the store grew, and will grow, according to the needs of Clayton and the surrounding communities.

“We evolved by paying attention to this small, resort community, and second homeowner community, to think about what people needed and what we can do to make sure they stay here once they visit,” she said. “Our goal was, if you came up for a weekend at your cottage, we would have everything you need.”

Reinman’s provides a number of unique services to Clayton and the surrounding river communities. Not only is it the only store of its kind along the riverfront in Jefferson County, but it also provides white-glove delivery services to the 1000 Islands themselves.

“If you have a cottage on an island, we’ll figure out a way to get your bed out to the island and set up for you,” she said. “And we’ll take away the old one. That’s just one step above and beyond what a lot of the big box stores can do.”

From cooking utensils to lightbulbs, bug spray and cleaning supplies, Reinman’s really does have everything a vacationer would need.

She said that plan has worked well, and they’ve found that their clients tend to return time and time again, even down generations.

“We have found, through the years, that we’re often dealing with third or fourth generation owners, we’ve just built those relationships,” Mrs. Hayman said.

Reinman’s is an Ace Hardware franchisee, meaning they’re able to source their hardware from a national chain at discounted prices compared to one-off stores. Ace is a franchisee-owned company, and store owners are given a lot of leeway with their product lineups.

Mrs. Hayman said finding new sources for products not bought through the Ace supply chain has perhaps been the biggest change she’s seen in her time at the store.

“We’ve dealt a lot with the furniture and bedding department, and we’ve done a lot with gift-wares,” she said. “We’ve also found that camping is an important part of what people come to this area for. So we’ve started stocking more camping supplies.”

Mrs. Hayman said being involved in the community is an important tenet of the Reinman family business, but they choose to do so quietly. You’ll likely never see a photo-op of Mrs. Hayman handing over a big check, or a press release about donated equipment, but they’re doing good work quietly, she said.

“We believe in giving anyone you see in the community who needs help that assistance,” she said. “Whether it’s a family in need or whatever else, there’s a lot that goes on behind the scenes.”

Mr. Hayman said, as Clayton develops itself further, Reinman’s Department Store is ready and willing to stand up alongside the community and help as well.

“I believe in leaving a thing better than you found it, and I think we’ve done that as a community in a lot of ways,” she said. “As Clayton grows, we’ll be here to welcome people in and help them enjoy. We want them to feel like Clayton is their community too.”