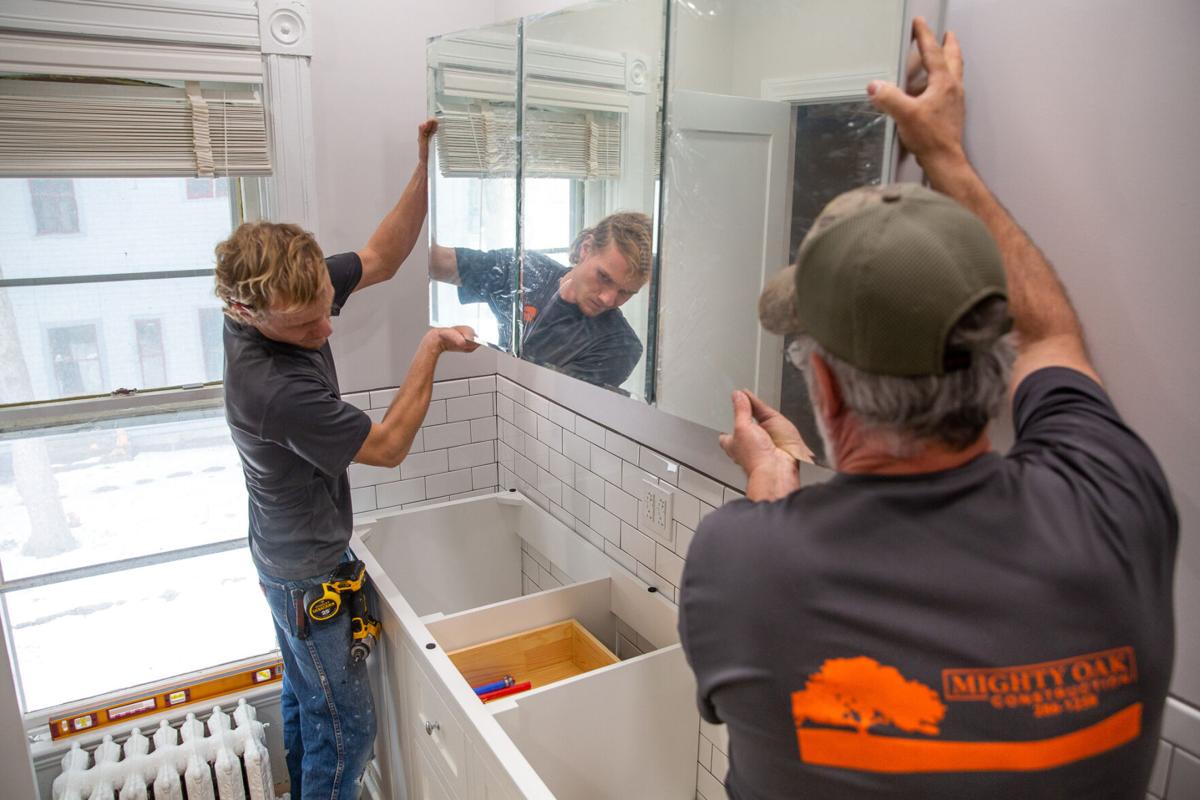 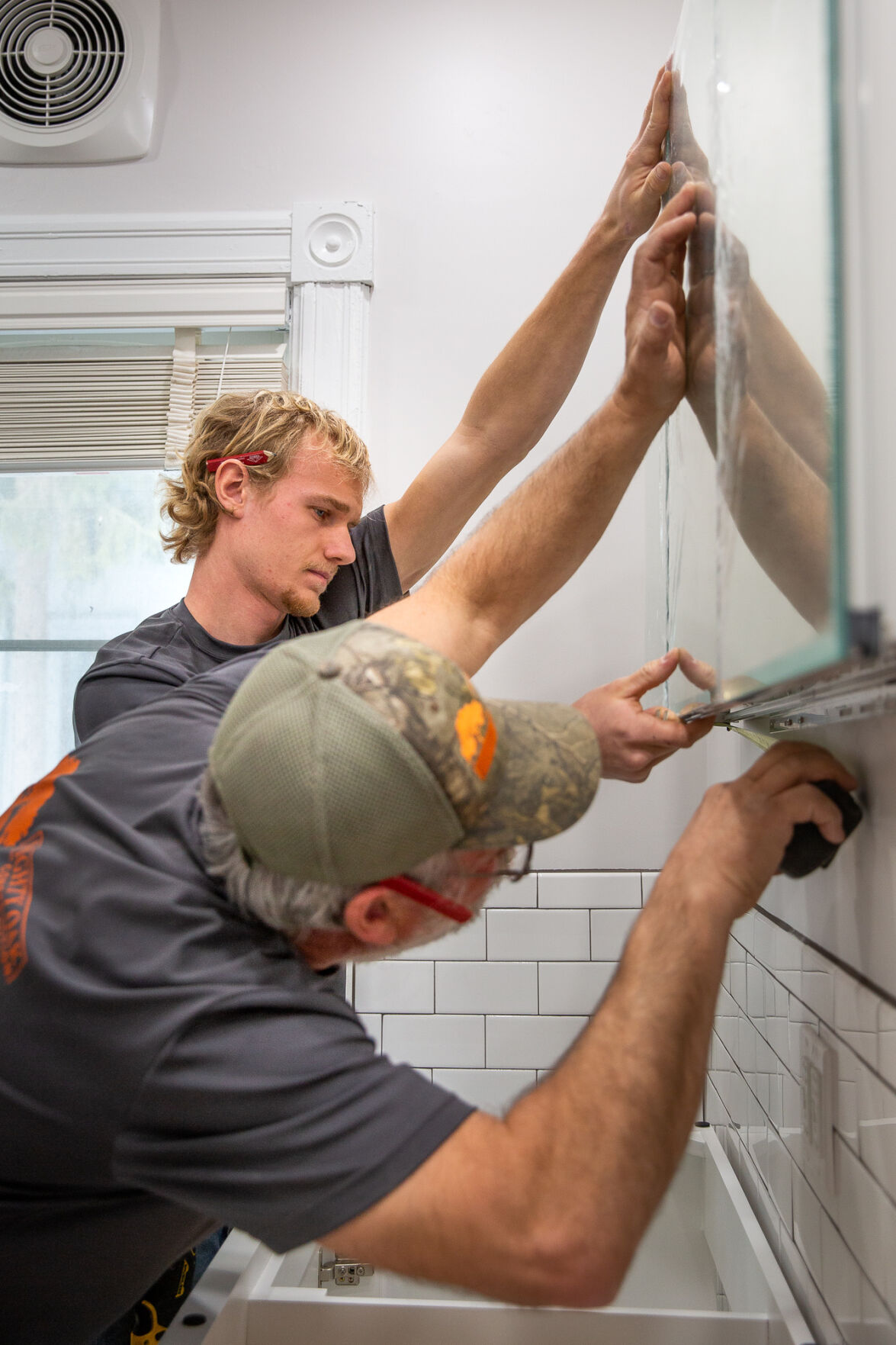 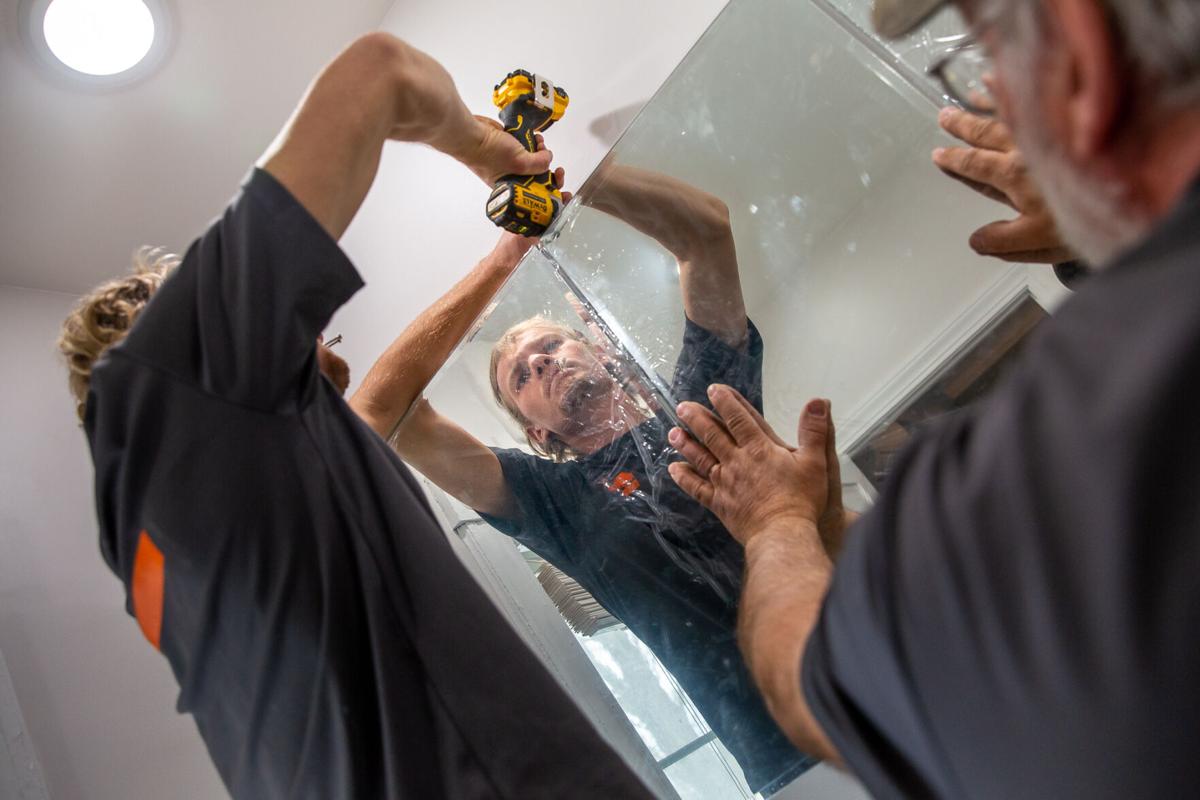 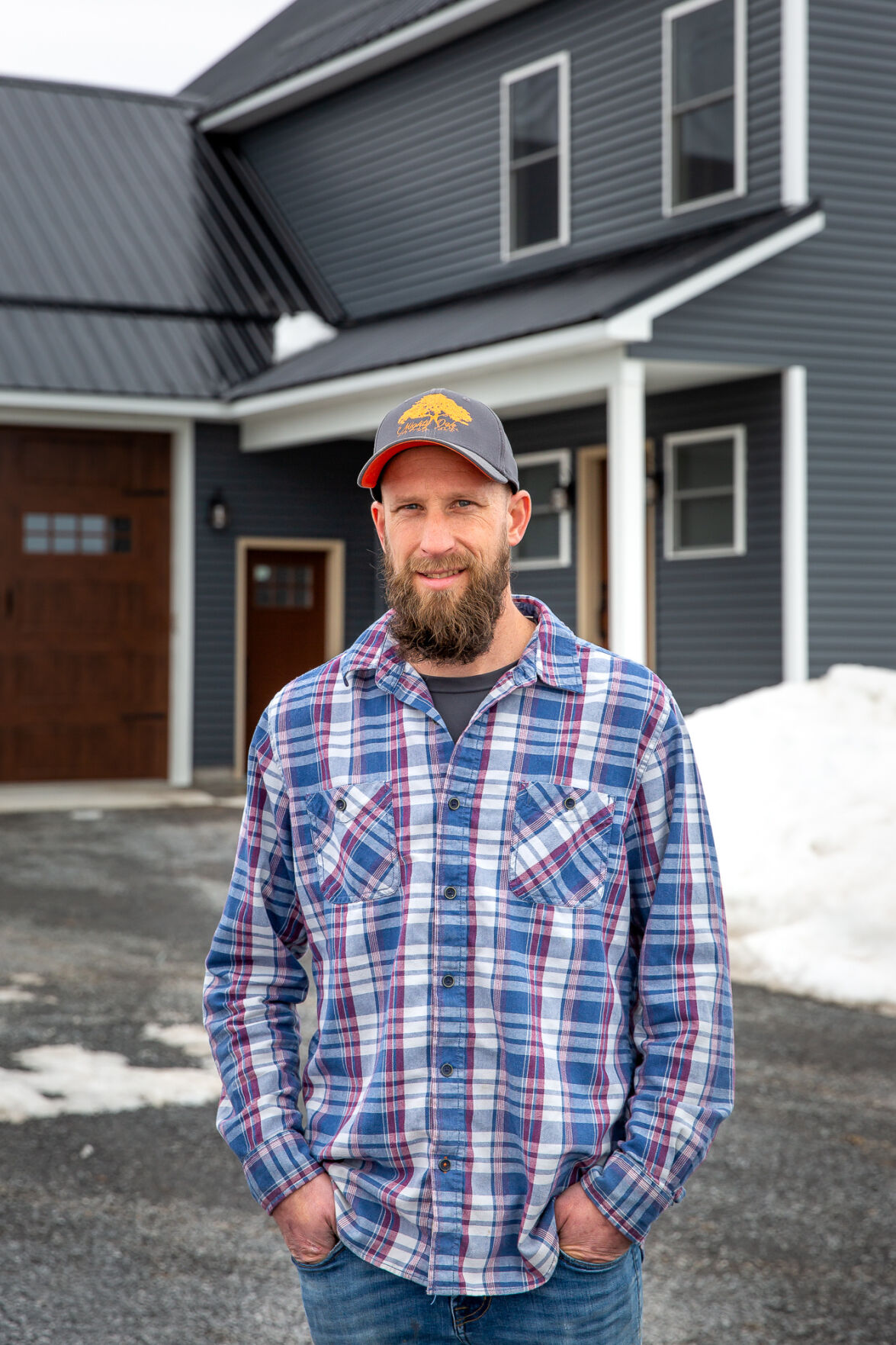 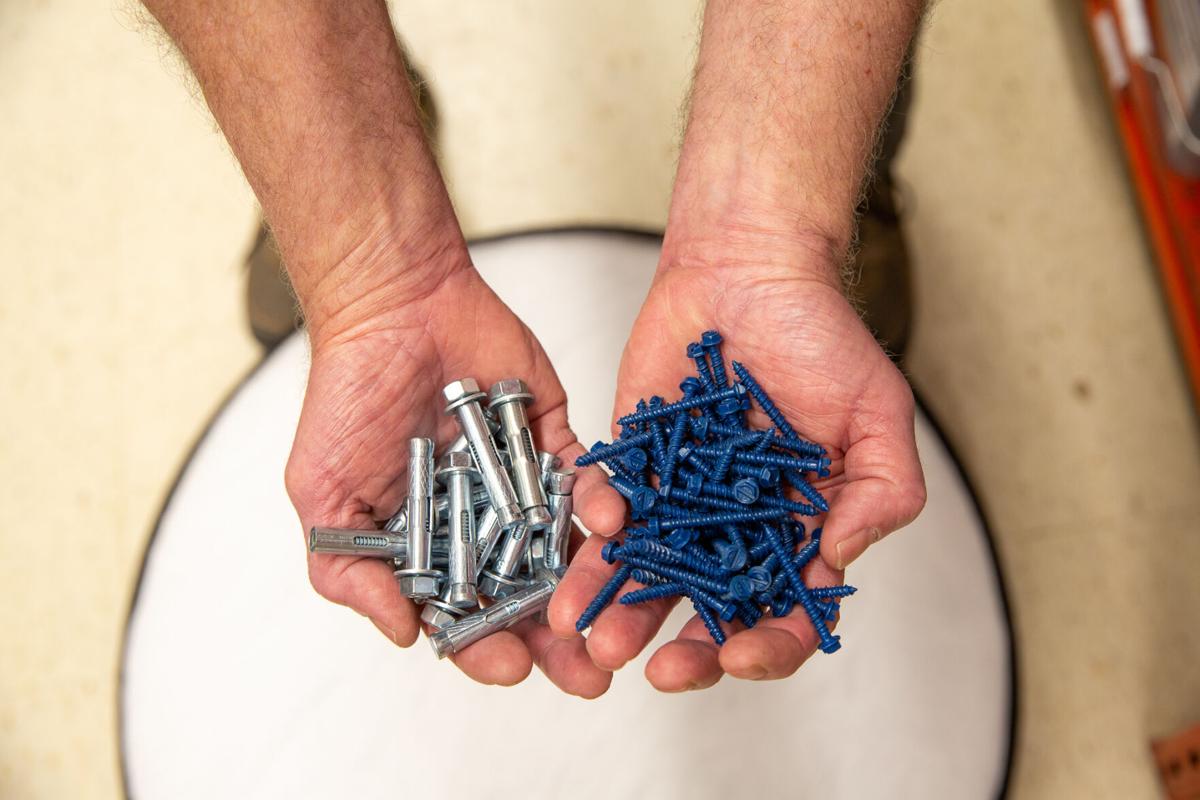 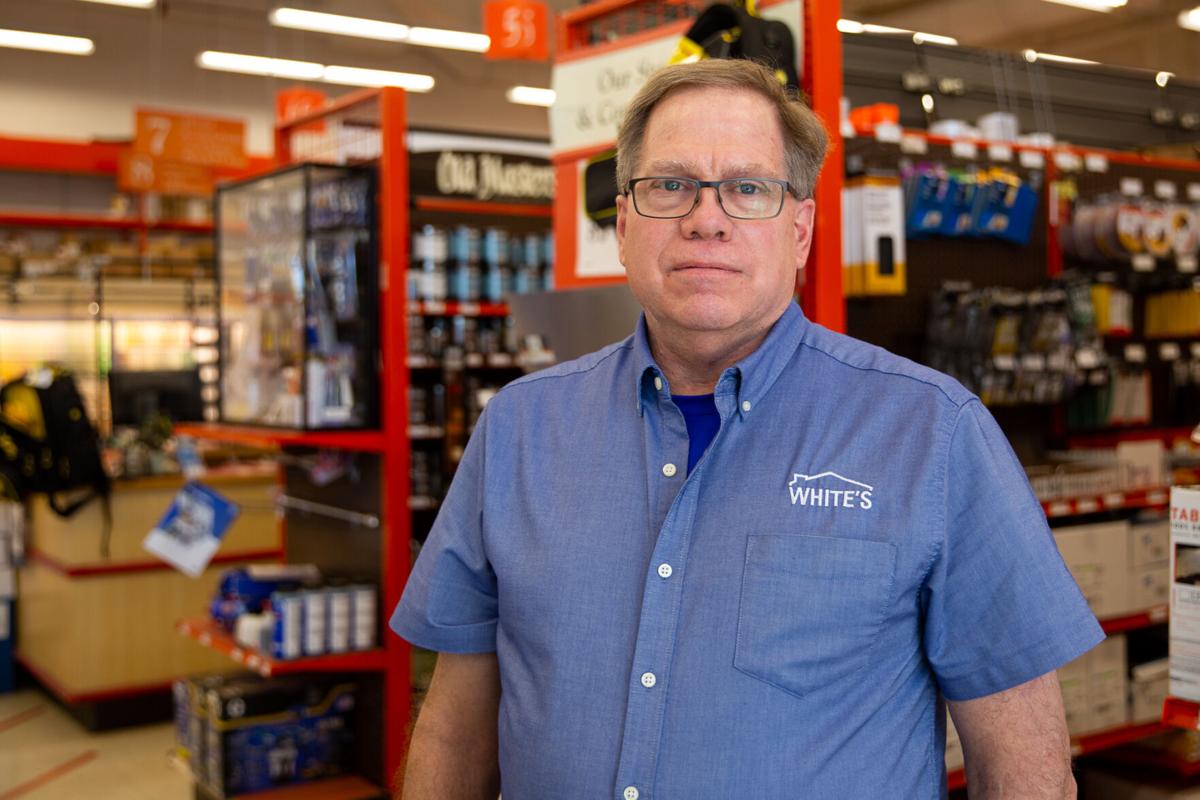 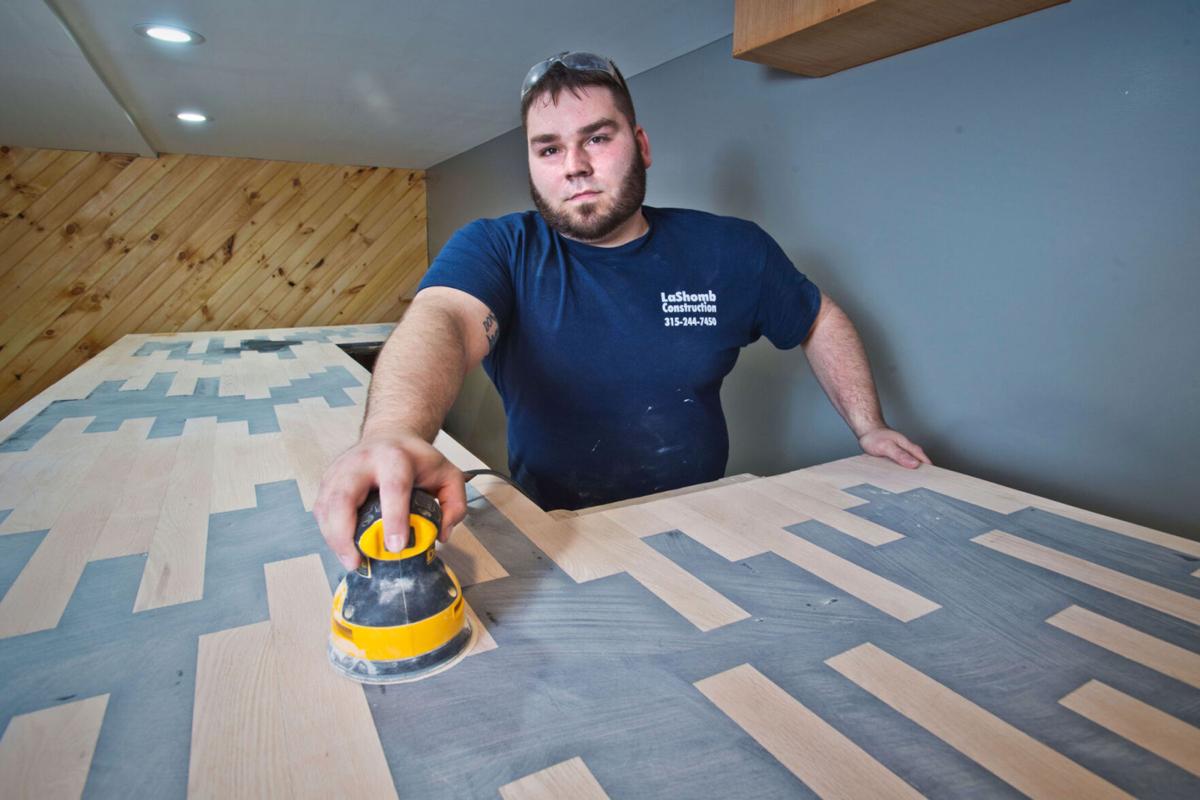 The 2021 home construction and improvement season is being built upon a foundation of uncertainty.

Prices, due to supply and demand, are on the upswing and/or fluctuating wildly, and that means prices for projects have become hard to nail down for many contractors. Some have had to do some recalculations for their customers as a way to deal with the uncertainty.

Bradford A. White, company president of White’s Lumber & Building Supplies on North Rutland Street in Watertown, may have the best advice for anyone planning a home repair, new home or home renovation project in the upcoming months:

“Plan ahead and anticipate the unexpected,” he advised.

For example, a few weeks ago there was a shortage reported of the basic building blocks of home projects. Fasteners, nails and screws were hard to come by.

Ken Palmer, manager of purchasing at White’s, said the shortage was being caused by a dearth of shipping containers.

So those simple nails in your new deck or for that extra room may just add to the overall costs of those projects. But gird yourself for lumber sticker shock.

The price of lumber — from panels to plywood — has seen significant spikes.

“We’ve seen substantial, almost drastic increases,’ Bradford White said. “I think I would be correct in saying to historic levels of prices.”

“Lumber, even general framing lumber is up, anywhere from 50 to 75 percent, sometimes as much as 100 percent from what it was,” said Elon R. Waugh, owner of Lowville-based Mighty Oak Construction. “Plywood is as much as double in some cases.”

Last year, the COVID-19 pandemic slowed the economy, including production of lumber at sawmills. Now, supplies are tightening as the mills ramp back up, trying to meet increased demand.

A Feb. 12 news release from the National Association of Home Builders noted, “Lumber price spikes are not only sidelining buyers during a period of high demand, they are causing many sales to fall through and forcing builders to put projects on hold at a time when home inventories are already at a record low.”

Lumber prices, the NAHB said, have skyrocketed more than 180 percent since last spring. “This price spike has caused the price of an average new single-family home to increase by more than $24,000 since April 17, 2020,” the association noted.

“The lumber has been coming in relatively on time,” Mr. Palmer said. “But the lead times are extended and some of those products are priced when they are shipped to us.”

Such unknown prices can lead to recalculations on the cost of projects by contractors.

“All my projects I have coming up for this year have been pretty much scheduled since last summer,” said Mr. Waugh. “So that means everything I have coming up this year I’m actually going have to go through and requote everything. You can’t count on material prices being anywhere close to where they were. When I book stuff this far ahead of time, it’s always with the knowledge that prices can change on materials.”

“People are generally understanding and people have been pretty patient too,” Mr. Lashomb said. “There hasn’t been a lot of people who have been difficult. People generally go into it with the mindset of trying to limit the unforeseen expenses that can come up. But COVID was out of the blue with that. It was something that just didn’t hit contractors by surprise. It hit everybody by surprise. I think everyone was impacted enough by that to be a little more empathetic.”

The rising prices for home projects and new homes are being carefully eyed by bankers, including Thomas H. Piché, president and CEO of Carthage Savings and Loan Association.

“We had quite a few constructions going through this past year, and it was a little bit scary because nobody expects a 35 percent increase in the costs overall, which was kind of what was happening to a lot of people,” he said.

“Nobody has that in their budget, so we’ve been very aware of it and keeping track of things pretty closely. A lot of our customers worked out fine because they had pre-contracts with contractors and everybody kind of held tight for it. Then we had other ones that saw some significant increases and we had to work with them. As we do this year, we’re going to be looking at things and making sure there’s enough room where we can lend them more or that they have better reserves, because construction projects are tough right now.”

Mr. Piché recommended people get pre-qualified for home loans for a rough estimate on overall costs of projects and then select a contractor and get some “hard numbers.”

“Then we work with the contractor and the borrower to make sure we have enough room,” Mr. Piché said. “Nowadays, we’re making sure there’s enough room for overruns, because things just aren’t as simple as they used to be.”

The costs increase in building, Mr. Piché said, are solely related to supply and demand, not rising interest rates.

“Interest rates are very good,” he said. “They’ve gone up a little in the last couple of months, and we expect maybe up another quarter, but they are still in the mid-threes, which is still a very good interest rate.”

The pandemic hasn’t slowed down the desire for new homes or expansions.

“The last year — and I think any banker or real estate agent will tell you this — it was a boom. We did double the business last year,” Mr. Piché said. “It was crazy. And we’re seeing a pretty strong spring right now.”

The cost of many commercial building materials “tanked” last April, Mr. Porter said, at the beginning of the pandemic.

“It worked its way back up over the summer to kind of normal. Now it’s skyrocketing,” he said.

Mr. Porter isn’t certain that the price fluctuations for commercial construction material are the result of supply and demand.

“We don’t really know what’s causing this other than speculation with the new policies and whatnot,” he said.

The rising cost of steel can be linked to tariffs put on Chinese steel by the Trump administration, Mr. Porter said.

“Everything that is coming is all, for the most part, U.S.,” he said of steel products. “It kind of pushed that cheap Chinese steel out of the market here.”

One way that DC Building Systems is dealing with the price increases is by stockpiling products. With commercial projects, costs are usually “locked-in,” Mr. Porter said.

“I’m buying stuff in advance that I normally wouldn’t, like wire mesh — stuff that isn’t going to go bad but you need to buy it now, even though I may not need it until July,” Mr. Porter said. “It’s better to have it now, than to have it locked in for what it’s going to cost you. Who knows what it’s going to be in July?”

Mr. Lashomb said that his company has traditionally done a 50/50 split of exterior and interior work. Since the pandemic, that formula has shifted to 75-to-80 percent interior, as people spend more time at home. Kitchen and bathroom renovations are especially in demand.

Mr. Waugh has seen a sharp spike in request for additions.

“I’ve got people who are looking at doing additions on houses straight through this year and into next year already,” Mr. Waugh said. “People are planning projects, I would say, probably double the last year-and-a-half from what I’ve seen in previous years.”

“Siding is taking anywhere from 10 percent to a 20 percent increase,” he said. “I’ve been notified that shingles are going up about six to ten dollars a square.”

A square of shingles covers 100 square feet of roof.

Mr. Waugh and Mr. Lashomb have also had a hard time acquiring windows.

“You used to be able to get windows in one to two weeks, depending on where you got them from,” Mr. Waugh said. “Now, you’re looking at four to five weeks.”

Whites has used some creativity in trying to deal with the supply issues.

“We’re using multiple sources that we’ve never used before,” Mr. Palmer said. “We were able to get, maybe not the same item from the same manufacturer, but a similar item that will take care of the contractor.”

Many vendors, Mr. Palmer said, have cut down on the variety of items they manufacture to focus on their core products.

“That’s similar to what everybody saw in the grocery stores last spring and summer,” Mr. White said. “You’d walk down the aisle and you could choose from four or five different brands, but now you have a choice of maybe one or two, and the rest is just empty.”

With all the price fluctuations and iffy material supply, the best advice for people considering a home project could be just to wait.

“Some people are just waiting another year until things level out, which makes sense, depending on what the project is,” Mr. Piché said.