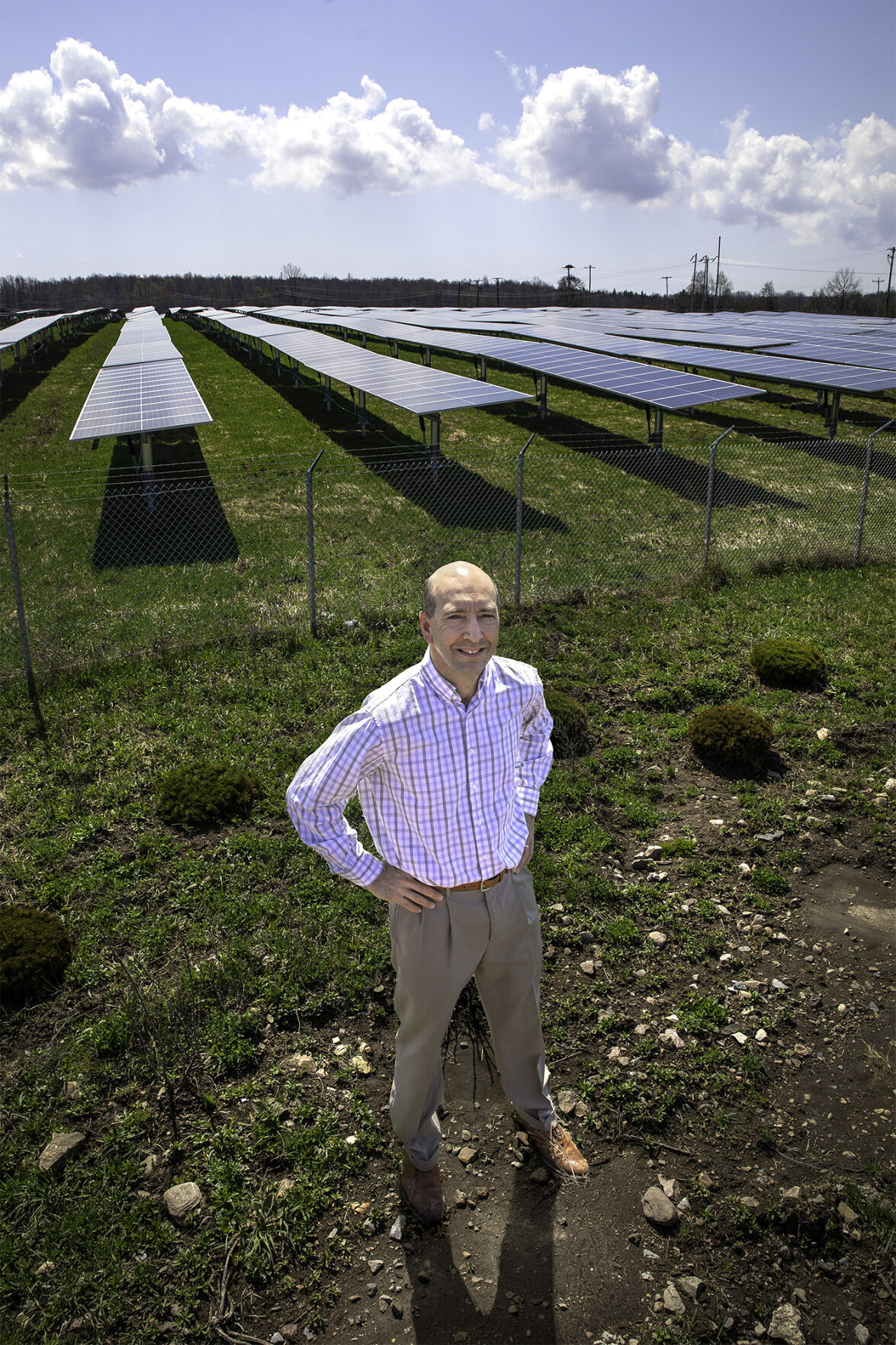 There are a lot of solar power developments coming to the north country. From a proposed manufacturing facility in Hounsfield to the planned 100 megawatt-plus solar fields in Jefferson, Lewis and Franklin counties, there’s a flurry of solar activity in the region.

According to David J. Zembiec, CEO at Jefferson County Economic Development, there are about 25 small-scale facilities being planned, and eight large-scale facilities with over 100 megawatts of capacity.

There are two sides of the solar power industry that are making their way to the north country — manufacturing and maintenance, and power generation.

At a proposed business park near the Watertown International Airport, the Jefferson County Industrial Development Agency is anticipating that Convalt Energy, a New York City-based renewable energy company, will build a solar panel manufacturing plant and bring in over 1,500 jobs within five years.

Mr. Zembiec said the Convalt facility is geared towards manufacturing panels for use in Convalt’s solar fields in Africa and Asia.

That facility will also see a sister company move in alongside the manufactory. DigiCollect, a software company that would manage the Convalt international network of renewable energy facilities, would also move into the business park.

Mr. Zembiec said the Convalt agreement, which includes tax credits, a payment in lieu of taxes (PILOT) agreement and other benefits, is still being developed. The company still requires financiers, and the JCIDA needs to work out how to transfer the property to Convalt.

“There’s a lot that has to move forward,” he said. “At the same time, they’re updating their numbers in terms of equipment, construction costs, and getting that sort of financing in place to move ahead.”

On the power generation side, there are a number of solar power generation facilities currently moving through the application process across the region. AES, a national power utility that does not sell power in New York, but recently purchased the generation plants formerly owned by National Grid in the state, has one facility planned for Lewis County, one for Jefferson, another that spans both counties, and yet another facility planned in Franklin County.

Across New York, AES is actively working on six 100-megawatt-plus facilities. Eric Will, senior manager of development for AES, said these facilities tend to bring in a flurry of activity when they’re built, and then run with minimal interference over a period of between 20 and 30 years.

Mr. Will said that when AES builds solar power generation facilities, they ask their contractors to hire on as much local labor as possible. In the north country, most electricians can be found through the International Brotherhood of Electrical Workers Local 910, a union that represents electrical workers, manufacturers, and trains apprentice electricians from Watertown to Plattsburgh.

John O’Driscoll, business manager for the IBEW Local 910, said he sees electric development come in waves, and the IBEW has been preparing for the wave of renewables for a few years now.

At the IBEW offices on Water Street in Watertown, apprentices have been receiving training on hydro, solar and wind power equipment for a number of years, and Mr. O’Driscoll said he’s anticipating that training will be put to good use in the next few years, as the proposed solar facilities begin construction.

“One of my members was approached by a developer who said the one thing they would need going forward is grass mowing,” he said. “Once they finished building, they would pay him to mow.”

The AES facilities planned for New York all include batteries as well, that can store about 20 megawatts of power. Mr. O’Driscoll said battery technology is a rapidly improving field that could provide a lot of opportunities for local electricians.

As a part of the new renewable energy citing (siting) process introduced last year at the state level, known as Section 94-C, solar facilities are being approved much faster than they once were. They’re also encouraged to provide benefits to the communities that host the facilities, including power bill credits for local residential power customers.

While the power generated by solar facilities is generally used in the neighborhoods closest to where it enters the power grid, the power bill credits are another way to provide benefits to the communities that host the power plants.

In the towns with planned utility-scale solar facilities, the companies that own them will provide up to $500 per megawatt produced, per year of energy credits to the local community. At the AES facility in Lyme and Brownville, local energy customers will see a collective $500,000 in energy credits distributed on their power bills over 10 years.

At the IDA, Mr. Zembiec negotiates with companies to discount their property tax rates, which helps make the facilities economically viable. For the first 15 years, most solar facilities will pay about half of what their normal tax rate would be in PILOT payments to the local, county and state government.

Mr. Zembiec said those PILOT payments tend to be the largest measurable impact that they have on the local economies.

Mr. Zembiec said many of the community solar facilities that produce small amounts of power, around 5 to 10 megawatts per hour, provide about $450,000 to the local tax base.

Many of the solar facilities on their way to the north country are at the very start of their planning and approval process. Within the year, many will begin construction, and for the AES sites in the region, all are planned to open at the end of 2023 or 2024.