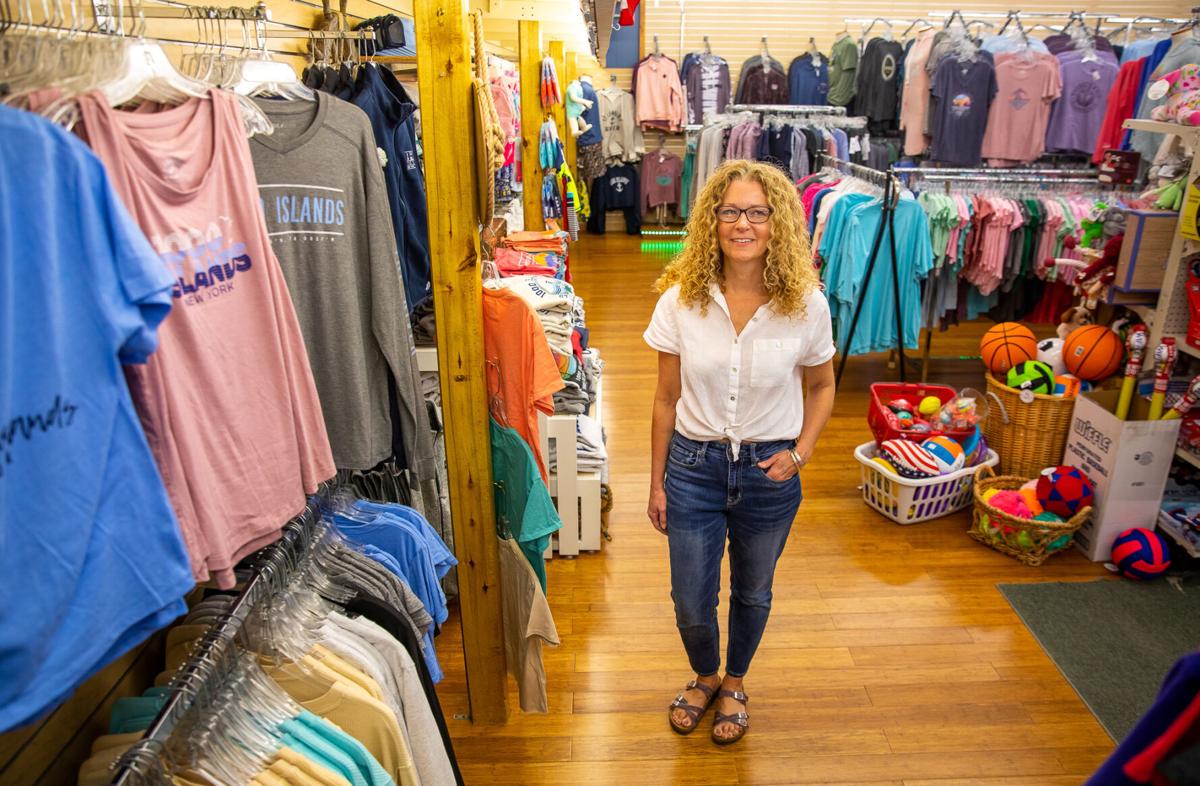 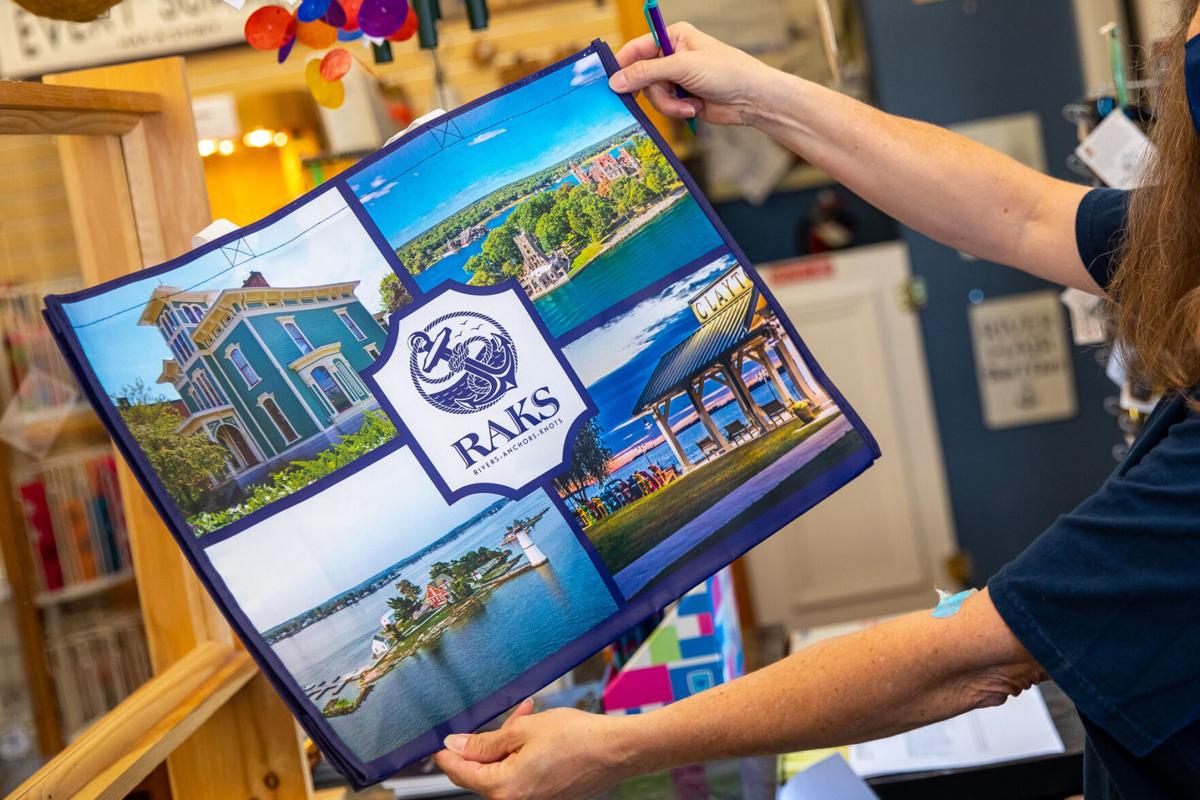 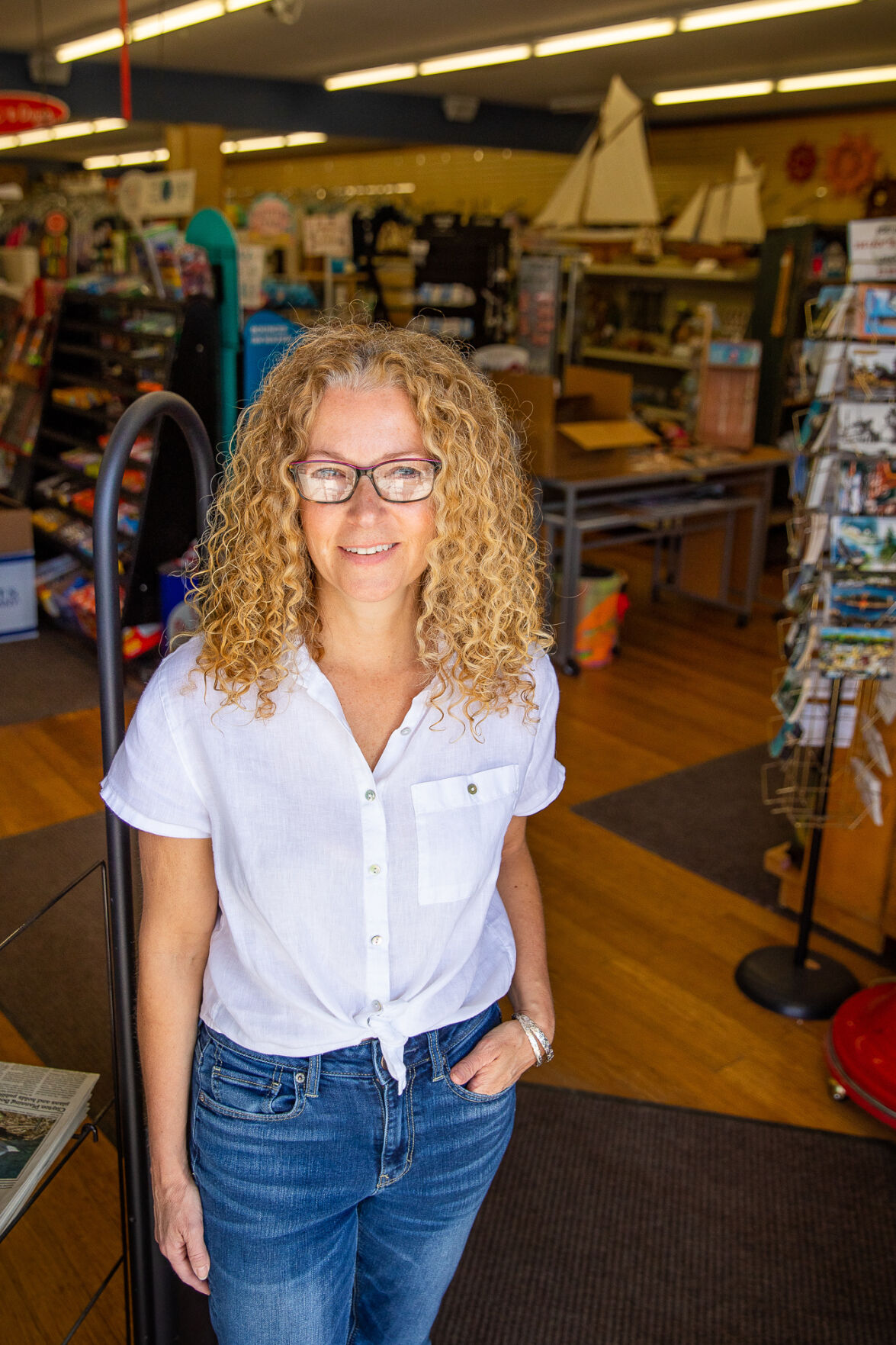 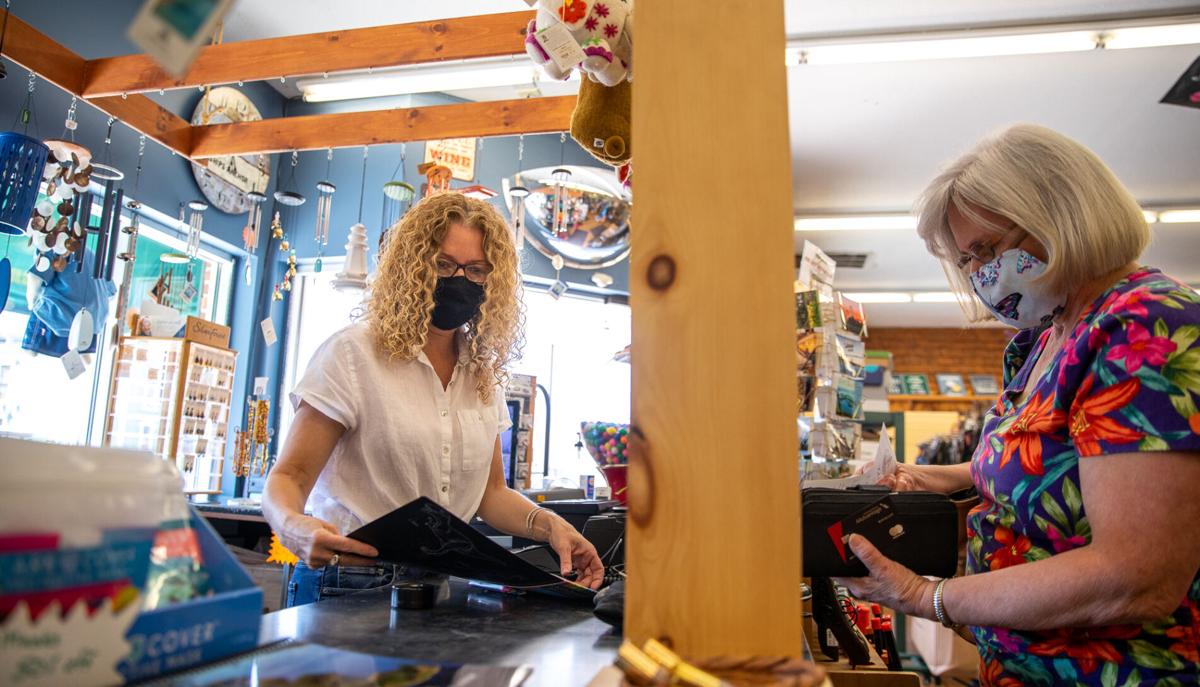 Colleen Lawlee, owner of RAKS department store in Clayton, checks out a customer at her shop on Riverside Drive. Kara Dry/NNY Business 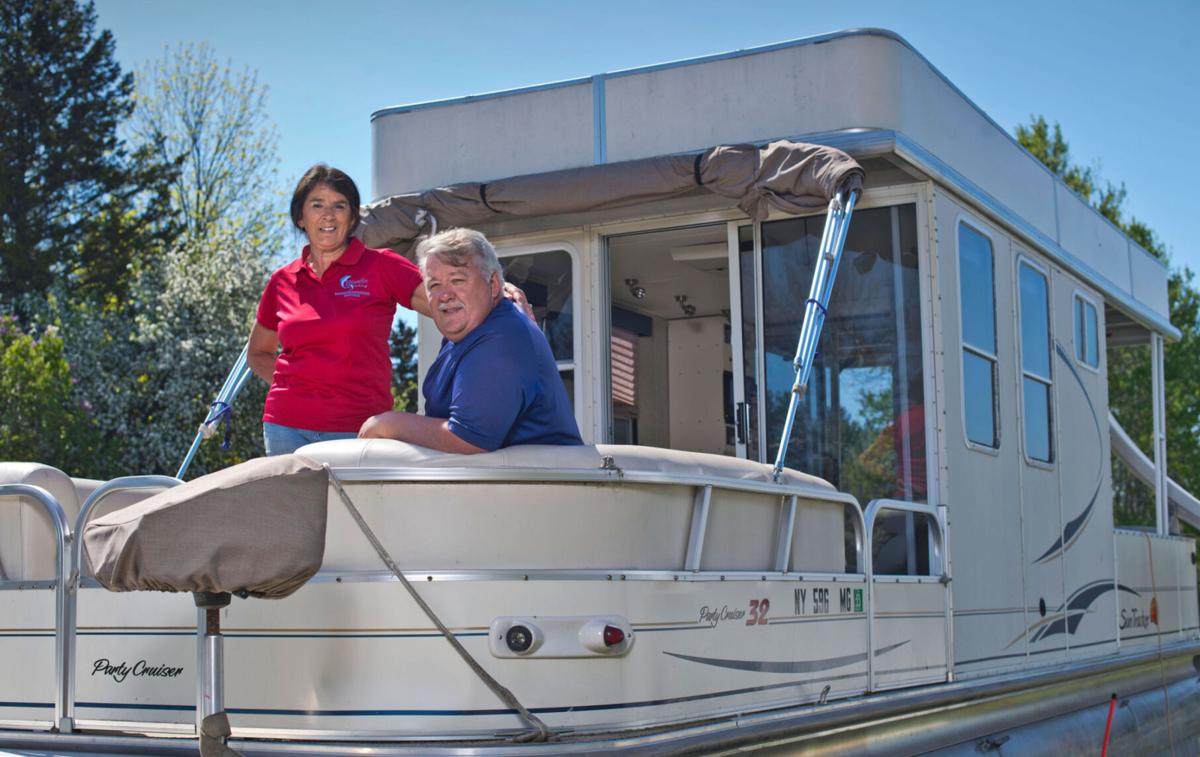 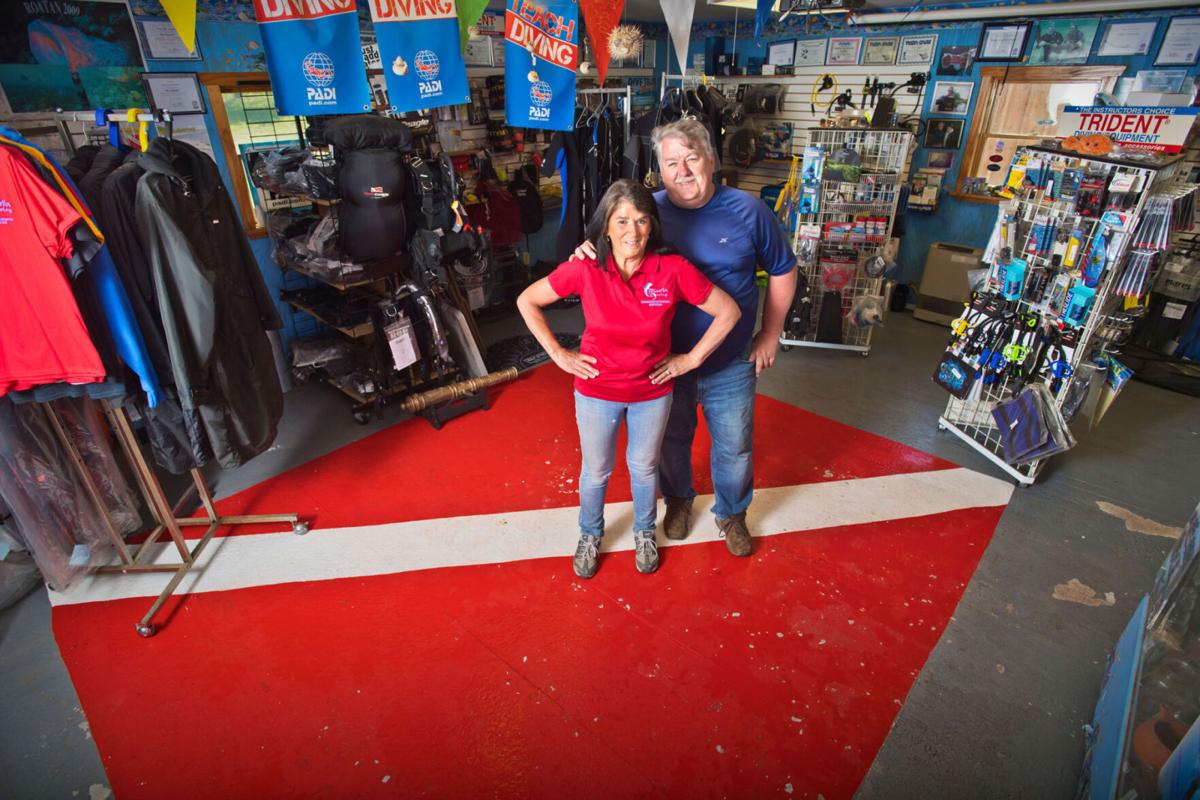 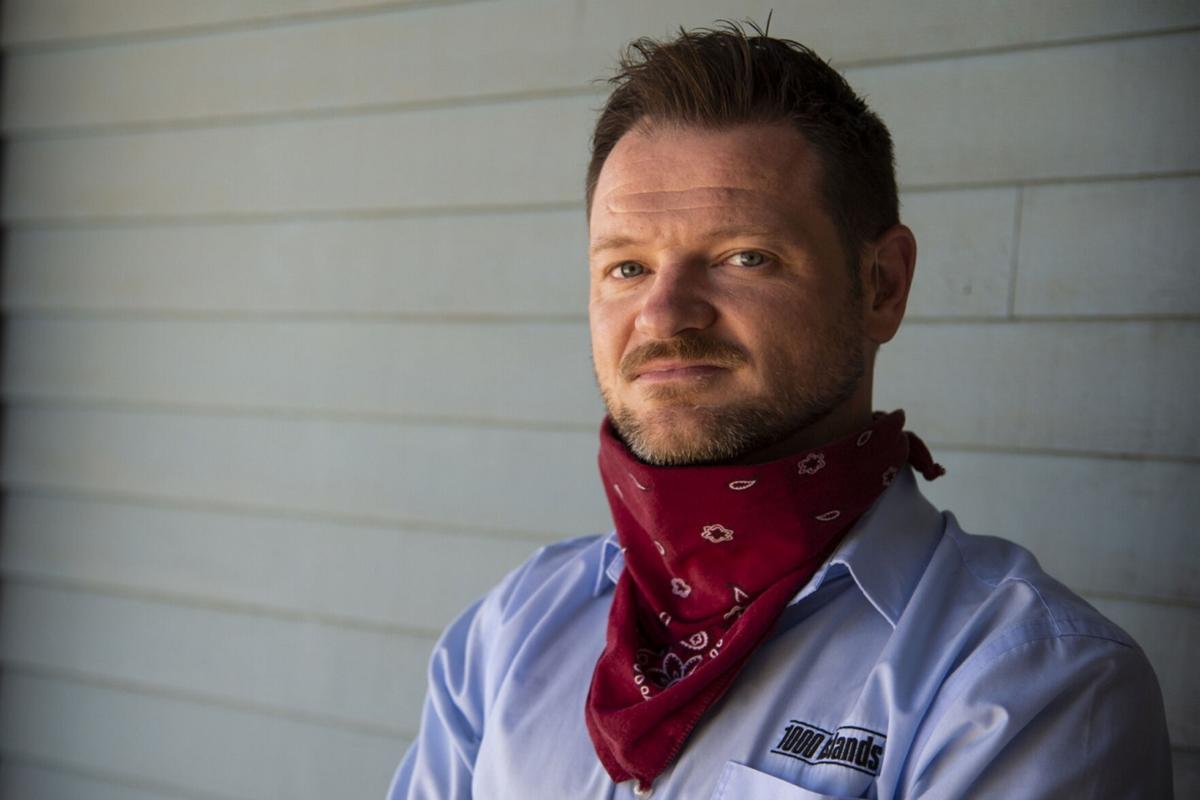 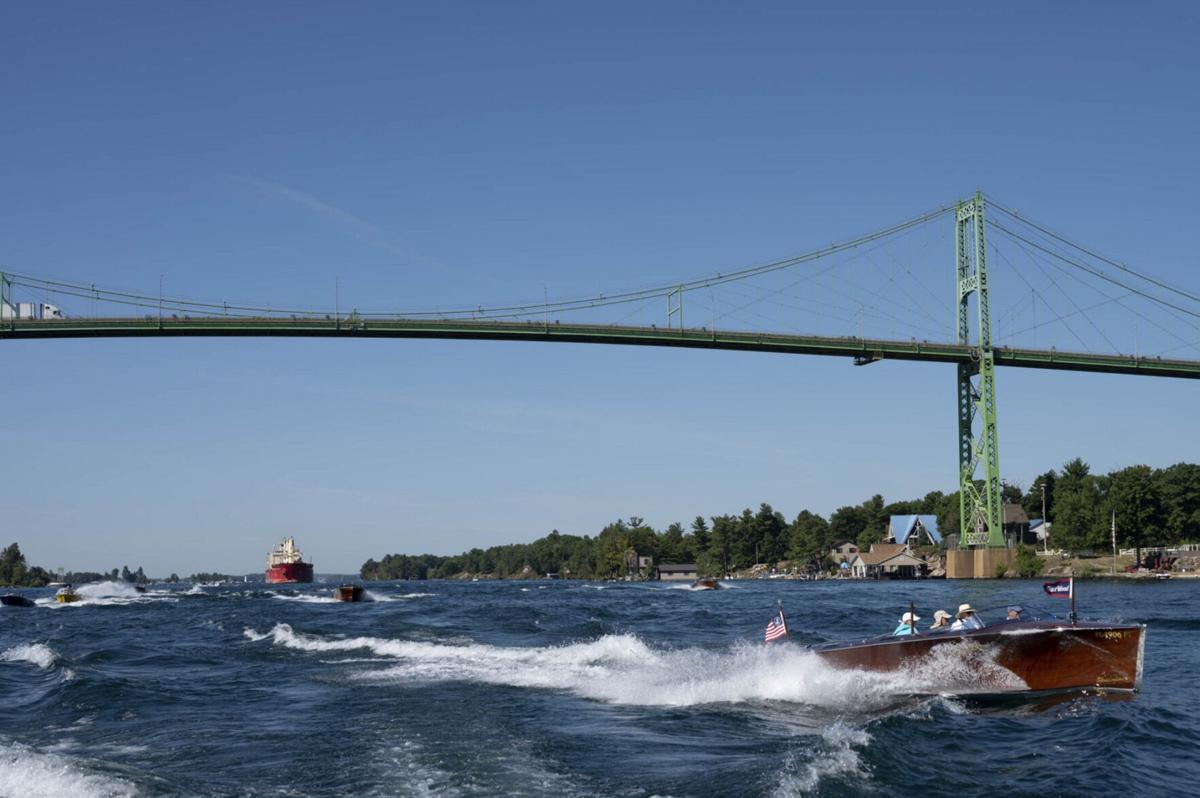 The Antique Boat Museum held a boat parade on the St.Lawrence River in lew of their usual open house, which was cancelled last year due to Covid-19. Watertown Daily Times 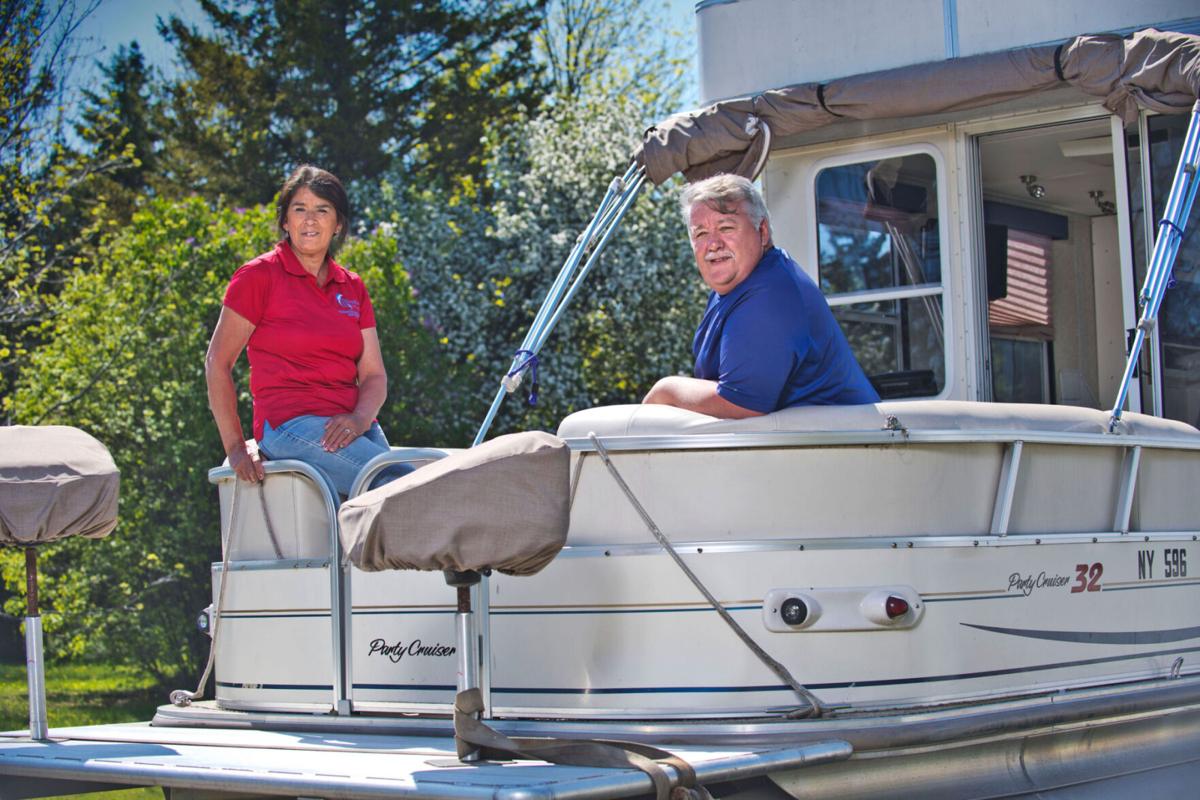 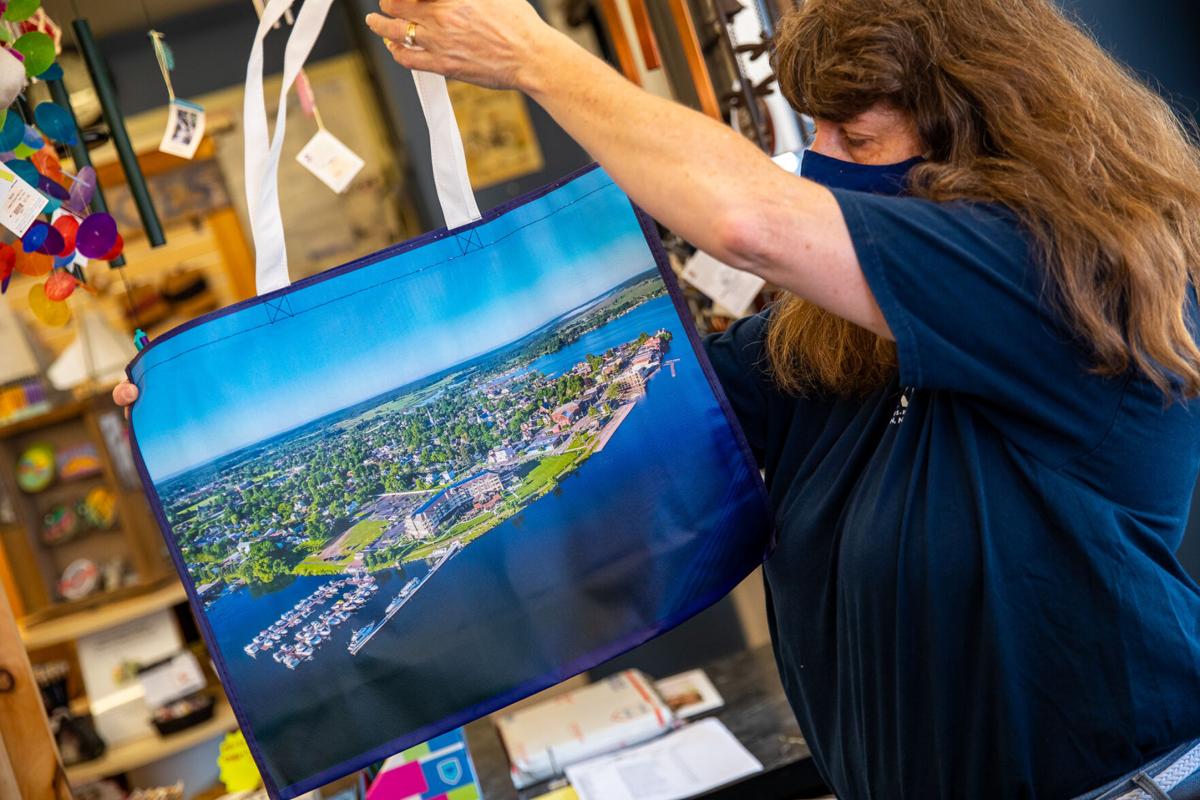 Colleen Lawlee, owner of RAKS department store in Clayton, checks out a customer at her shop on Riverside Drive. Kara Dry/NNY Business

The Antique Boat Museum held a boat parade on the St.Lawrence River in lew of their usual open house, which was cancelled last year due to Covid-19. Watertown Daily Times

Summer 2020 was a surprisingly strong season for many businesses in the north country’s tourism industry, and now business owners who run summer destinations across the region are preparing for another strange, but potentially profitable season.

The coronavirus pandemic wreaked havoc on the international tourism economy last year. Hotels were frequently empty, airplanes ran with few, if any, passengers aboard, and restaurants that typically saw summer as their busiest season sat with half-empty dining rooms at best.

But in the north country, last year’s peak tourism season, which typically runs from May to September or October, was a mixture of peaks for some and valleys for others.

“2020 could be looked at as both bad and actually kind of satisfactory, for the region as a whole,” said Corey Fram, director of the Thousand Islands International Tourism Council. “That’s what we heard when we reached out to people. Business was down, we heard the greatest levels of disappointment that we’ve heard in twenty years, but that was still from less than half of who actually responded.”

Mr. Fram said 70% of businesses the council polled in New York said they were satisfied with last season’s performance.

He continued that part of that comes from adjusted expectations. After months of preparing for what was looking like a completely dead and empty summer, the relatively stable, although slightly lower than average flow of customers, was a welcome surprise.

Brooke Rouse, executive director of the St. Lawrence County Chamber of Commerce, said last season gave some businesses their best years yet, with the highest volume of customers and revenue they’ve ever seen.

But it also extended longer into the autumn. Reservations, hotel bookings and spending at tourism-focused businesses like restaurants, activities and shops stayed up into September and October.

“That could have been due to a couple of things,” Mrs. Rouse said. “People were able to work remotely so they could stay at a destination for longer. Students were also learning remotely, so families had the flexibility to be where they wanted to be.”

Additionally, with the Canadian border closed, Mrs. Rouse said there were a number of people visiting the American side of the St. Lawrence River who would typically have spent their summers on the Canadian side.

“People who would travel over to the Canadian side, for example to some of the lakes there, they instead looked at the region and came upon the Thousand Islands,” she said. “They largely went to spots along the American side of the river, or to Black Lake.”

And many businesses around the region have reported good returns. Mr. Fram said outdoor recreational activities like skiing, boat rentals and fishing tours had some of the strongest numbers last year, while restaurants, performing arts venues and museums suffered the worst.

At Raks department store in Clayton, owner Colleen Lawlee said she saw plenty of new faces come through her doors last year. Raks is a small, locally owned store that sells clothes, toys, souvenirs and river essentials to a mostly tourist customer base, and even with a 15-person maximum occupancy limit, Mrs. Lawlee said it was a busy season.

“We had a lot of people from downstate New York, New York City, Connecticut, Pennsylvania,” she said. “People who have never been here before, and they never knew we existed because they went to other places for vacation.”

Mrs. Lawlee said the new customer base from places closer to home saved the season for her, and many of those visitors were in the area long-term.

“A lot of them stayed up here until Columbus Day,” she said.

But not everybody had a banner year. Plenty of businesses closed in the north country last year, and some barely held on. John and Jarilyn Ashley, owners of BlueFin Diving in Ogdensburg, said last year they saw a 98% drop in business.

“We took a lot out of our life savings because we still had to spend a certain amount with each vendor to keep our relationships with them,” Mr. Ashley said.

Much of the Ashley’s business depends on college diving classes utilizing their services. Mr. Ashley is a Professional Association of Diving Instructors-certified instructor, and typically hosts five or six classes in the spring and fall semesters. With colleges closed or mostly online, the Ashley’s were hoping the annual tourism season would help them out.

But many of their customers are well-established regulars from Canada, and with the border closed, business dried up. Even the few people from Pennsylvania and New Jersey who typically make the trip to Ogdensburg in the summers didn’t return this year.

The Ashley’s said, in order for their business to become profitable again, they need to see colleges return and interest in diving courses come back. They also need the Canadian border to reopen, and for more people to be comfortable traveling again.

In the outlook for this coming season, the Canadian border is still a big question. North country businesses in every industry have relied on the relatively dense population to the north coming into the U.S. for years, and the sudden cutoff last March has been an economic shock.

Mr. Fram, who has connections on both sides of the border due to the international nature of the tourism council, said even if the Canadian border were to completely reopen in the early part of this season, he doesn’t think Canadian residents are all that interested in traveling, or even accepting travelers themselves.

“Canada is at a much earlier stage in their vaccination rollout,” he said. “The research that I’ve seen shows that, with that, Canadians are just not as comfortable now as Americans are with traveling. That includes domestic travel, international travel, pretty much anything.”

The Canadian government has begun to show signs of working with the U.S. to reopen the border, but any actual reopening to anyone is far off, and will likely come in phases. Mrs. Rouse said, as businesses in the north country look forward to this summer, they’re not counting on anything changing on that front.

“If there’s something we’ve all learned over the last year and a half, it’s to work with what you have today, and not to wait because you just don’t know,” she said.

Both she and Mr. Fram said they are highly optimistic that this year will be just as good, if not better, than last year was. Already, hotels and vacation rental properties across St. Lawrence County are reporting a high number of reservations made for the summer months. With events like weddings and large parties coming back, venues that were largely empty last year are seeing renewed interest as well.

Mr. Fram said, across Jefferson County and the entire Thousand Islands region, reservations for lodging or camping sites in local state parks is overperforming compared to the state average, and short-term rentals across the region are reporting they’re having better days already in 2021 than they did at the same time in 2019, the last normal year on record.

But there are still challenges to doing business this summer, even with the relatively rosy outlook that persists. Travel is still difficult, and some hesitancy still remains. The global supply chain is still in upheaval. Mrs. Lawlee said she’s out of stock of a lot of her regular items at Raks, and has had to find alternatives to fill in the gaps. Orders she was expecting months ago still haven’t shown up, and she’s not sure when things will stabilize.

Another issue facing some local businesses is a lack of workers. Many people are still uncomfortable working with the threat of COVID-19 lingering, and a combination of federal and state boosts for unemployment payments have helped them to stay home longer without worrying about their financial futures.

Mrs. Lawlee said she has three staff members working at Raks as of now, when she would normally have closer to ten.

“It has limited what we can do,” she said. “We usually stay open every night until 8 except on Sundays, but now I’m going to have to close at 6.”

Even with those complications, Mrs. Lawlee said she’s expecting a good summer, and is excited to get back to work for the season. Already things have started to pick up.

“We’ve only been open since May 1, and honestly, it’s been a great month,” she said. “It’s been really good, and I think it will stay that way.”