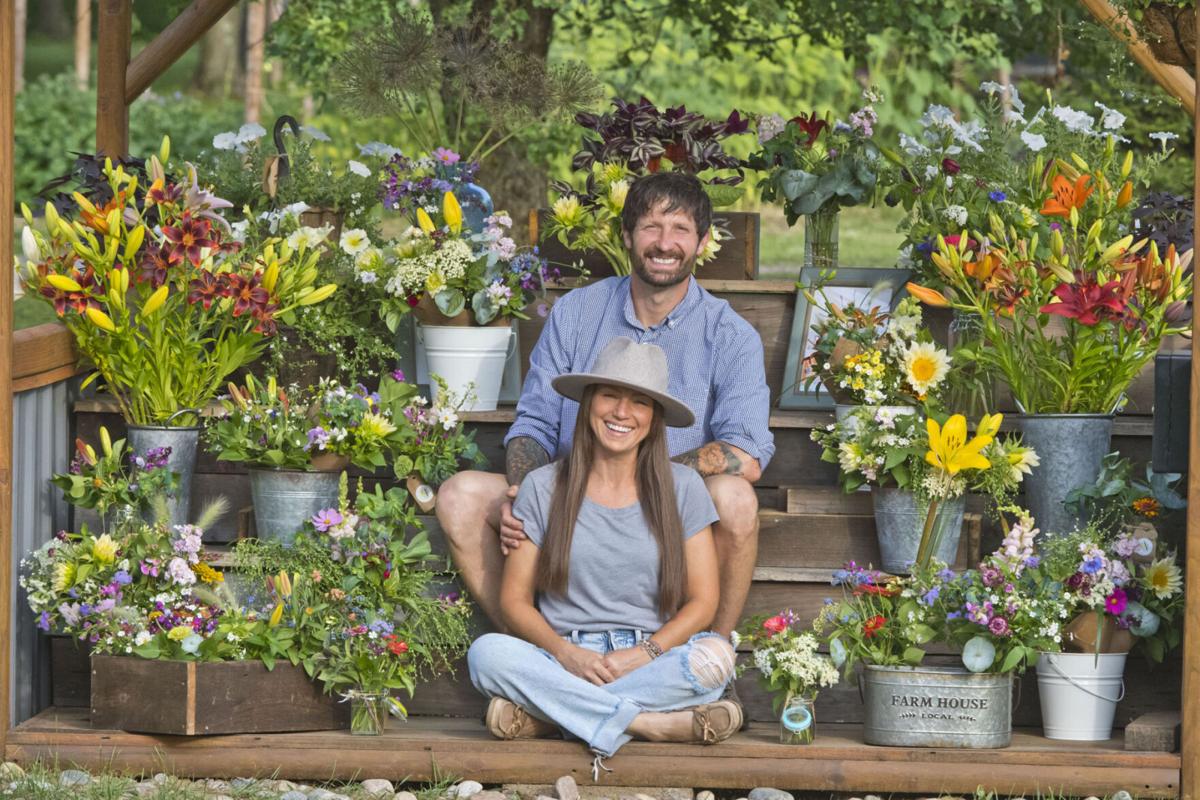 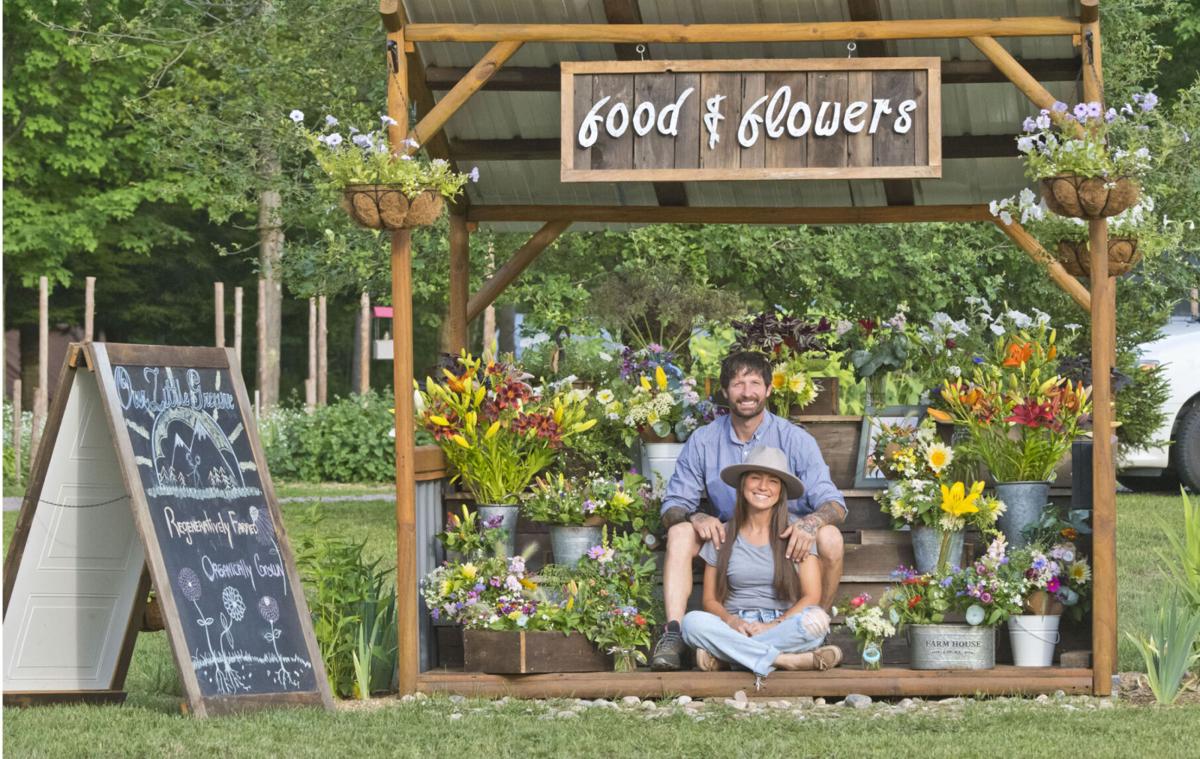 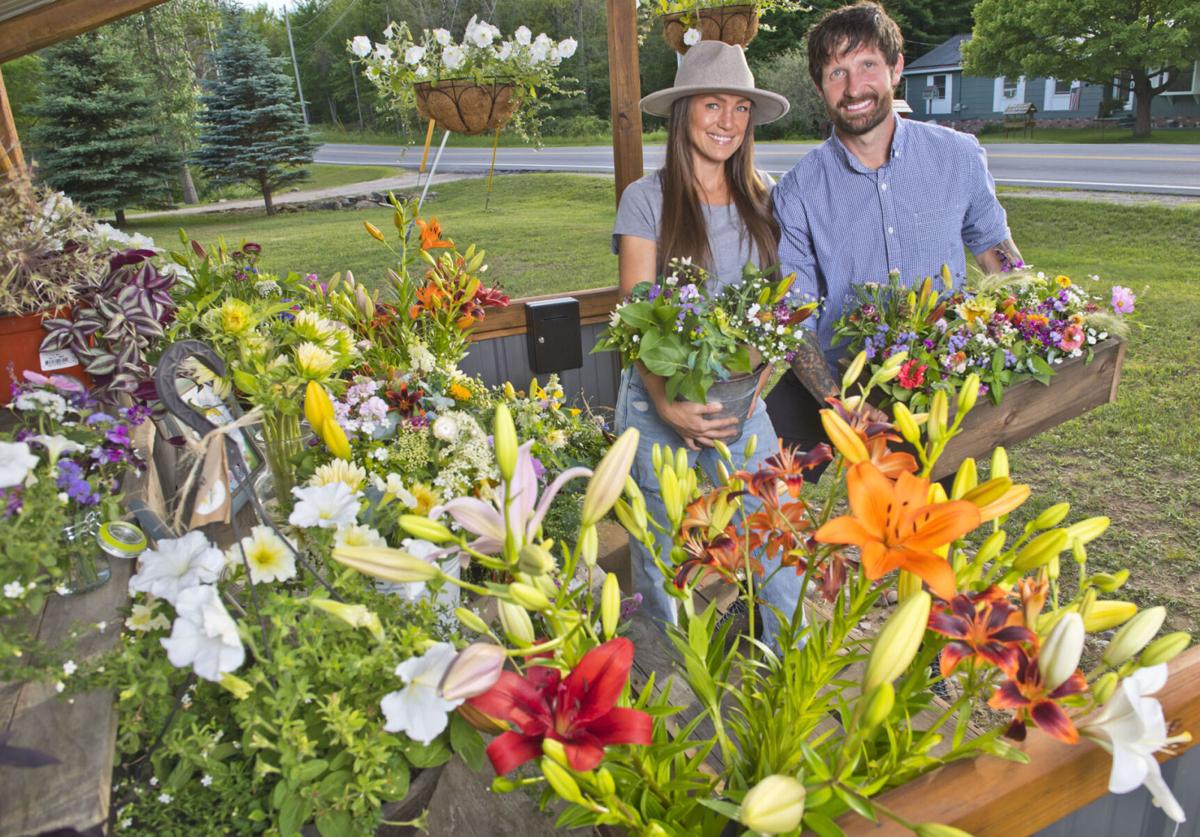 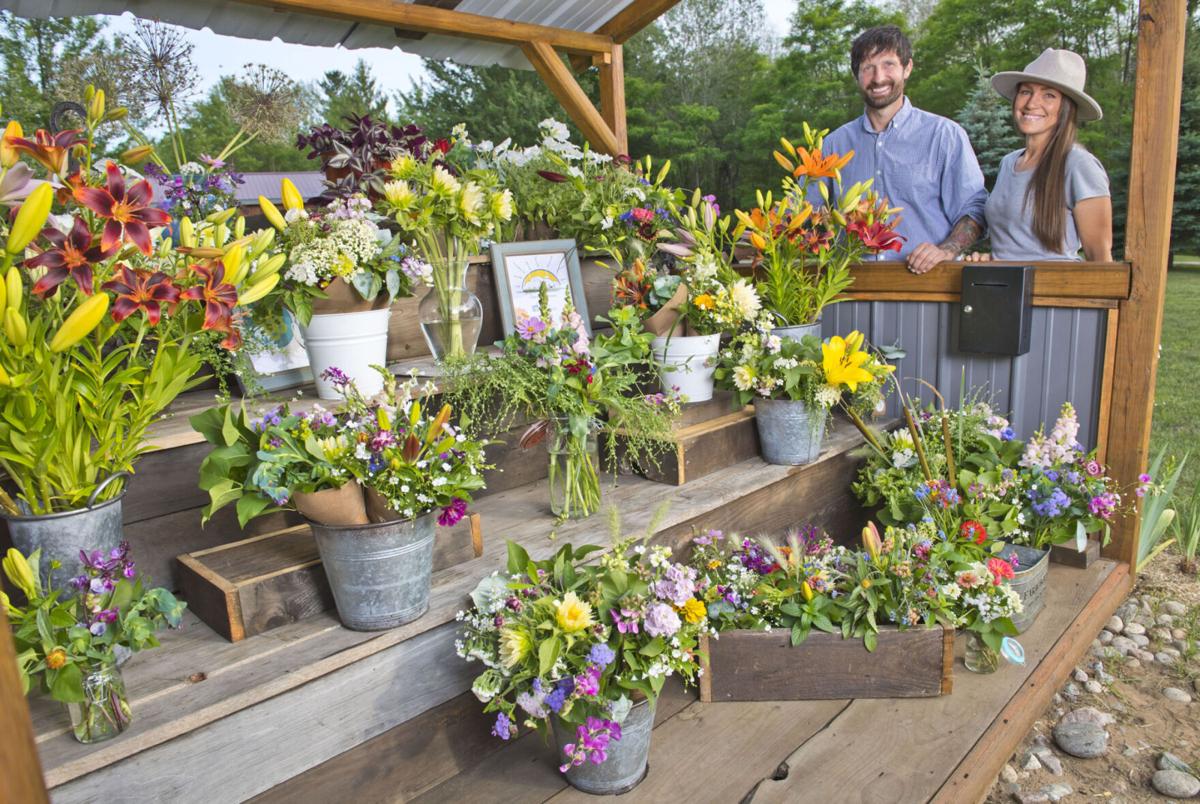 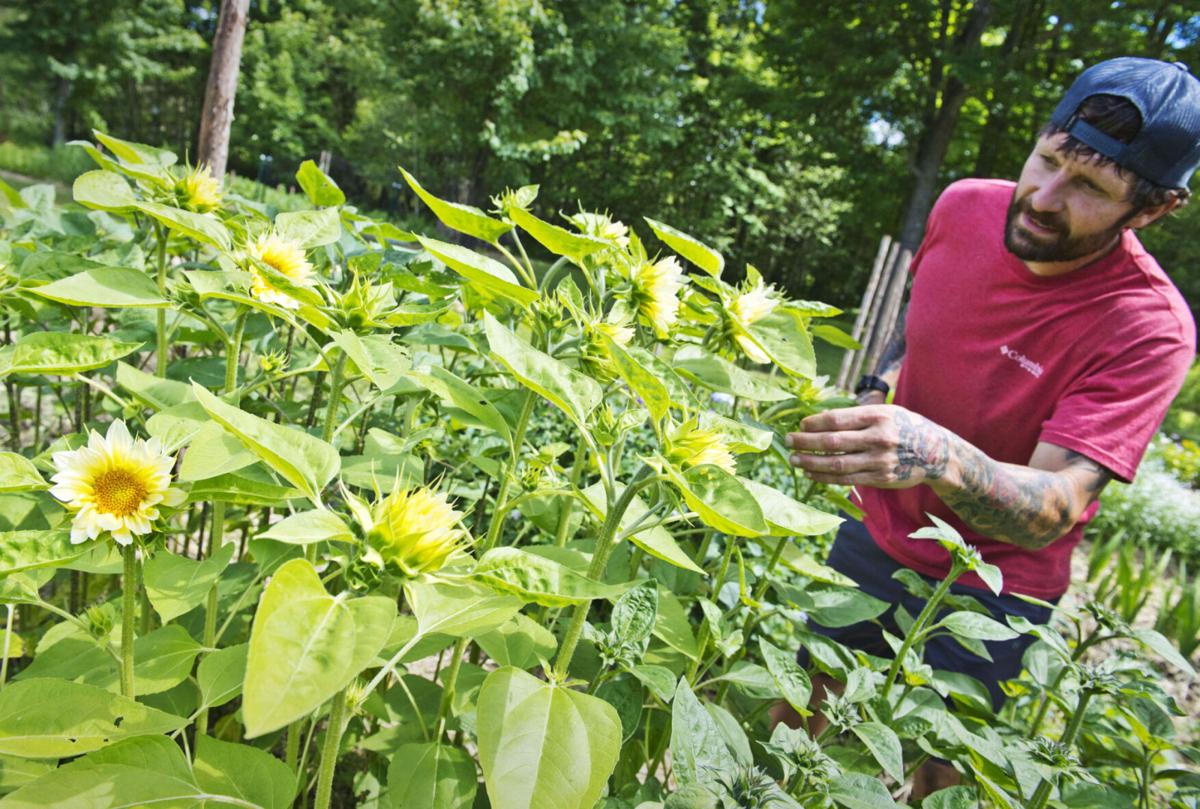 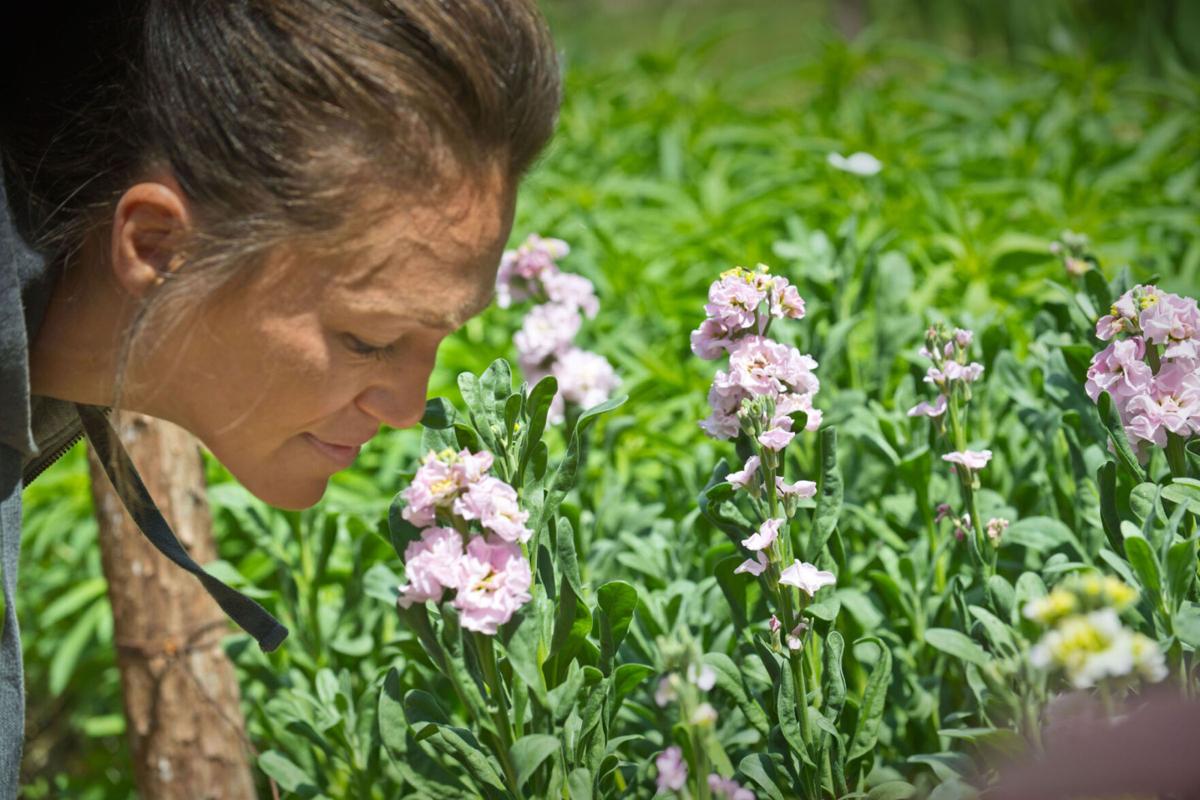 Elizabeth Seeley owner of Our Little Grewve Farms, Hermon, smells Stock Flowers growing in one of the gardens. Christopher Lenney/NNYBusiness 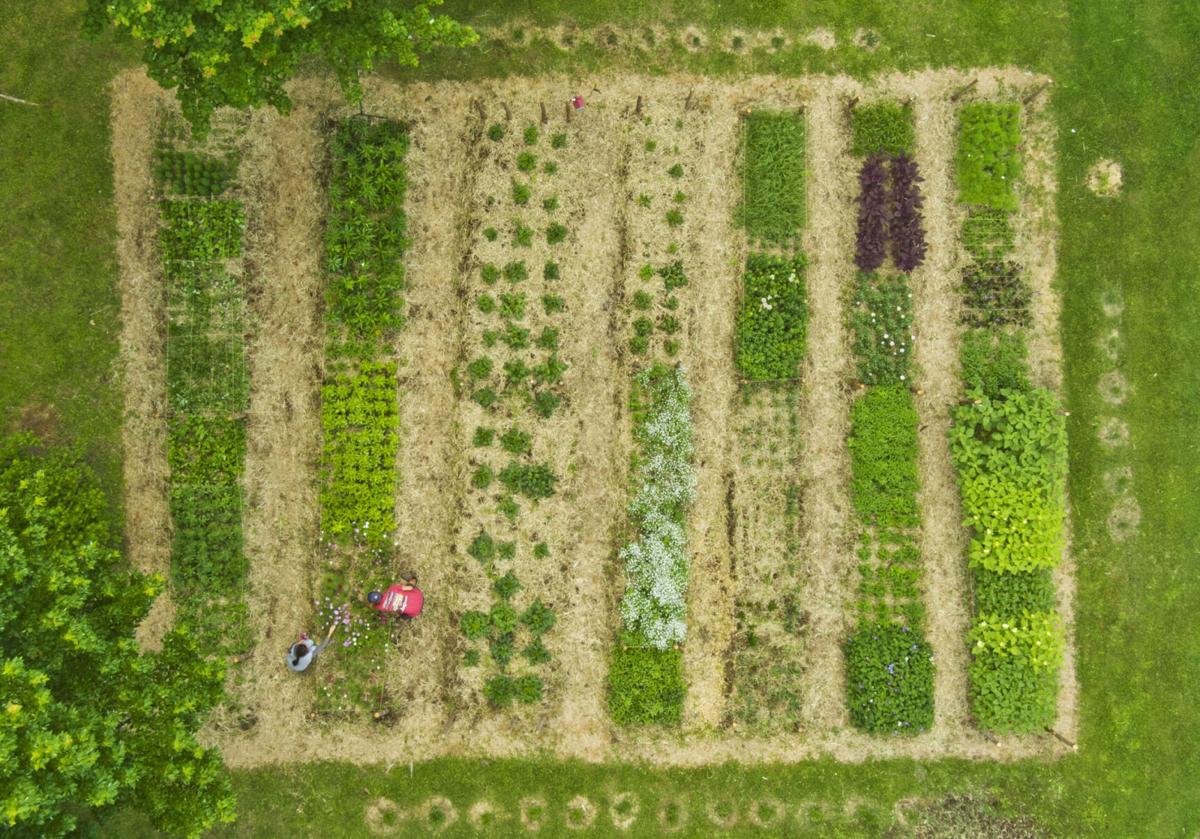 Elizabeth Seeley and Jon Anson owners of Our Little Grewve Farms tend to one o their gardens in Hremon. Christopher Lenney/NNY Business 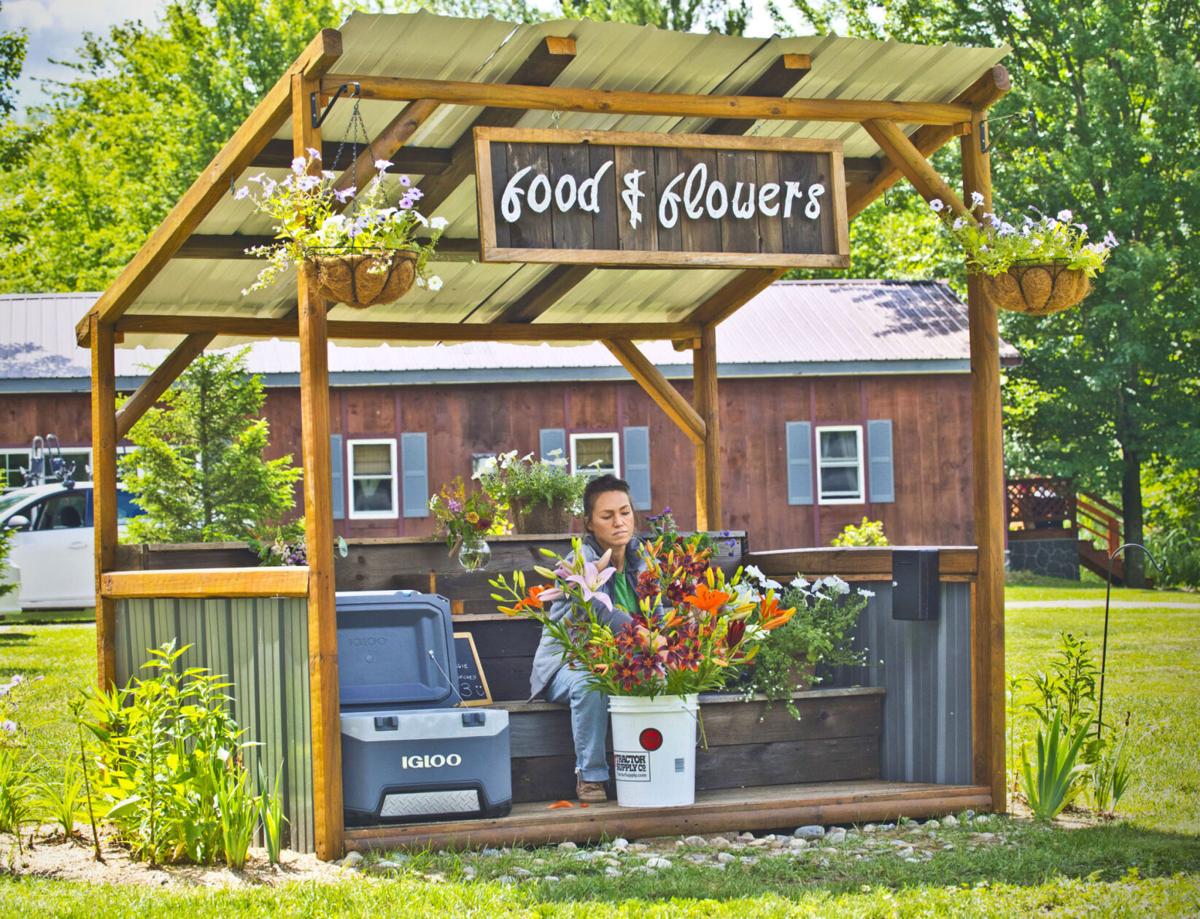 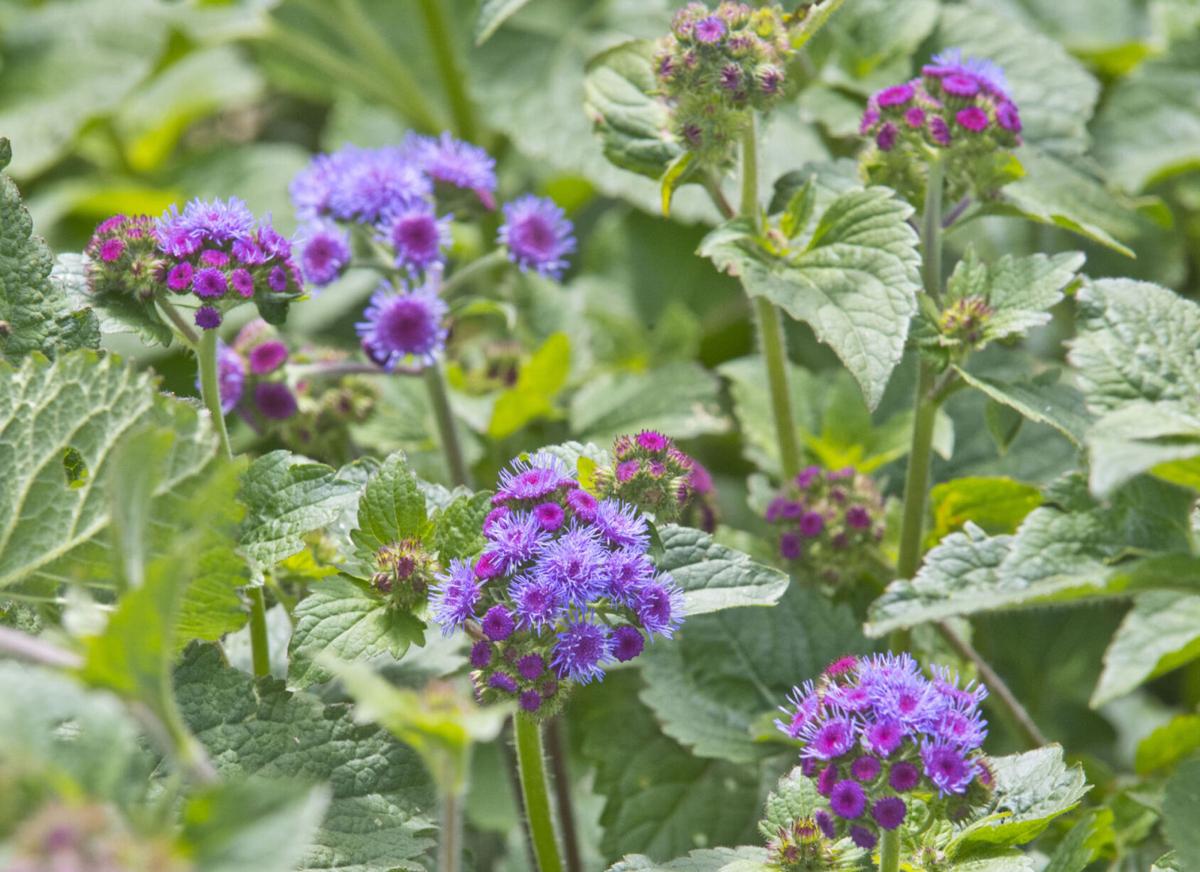 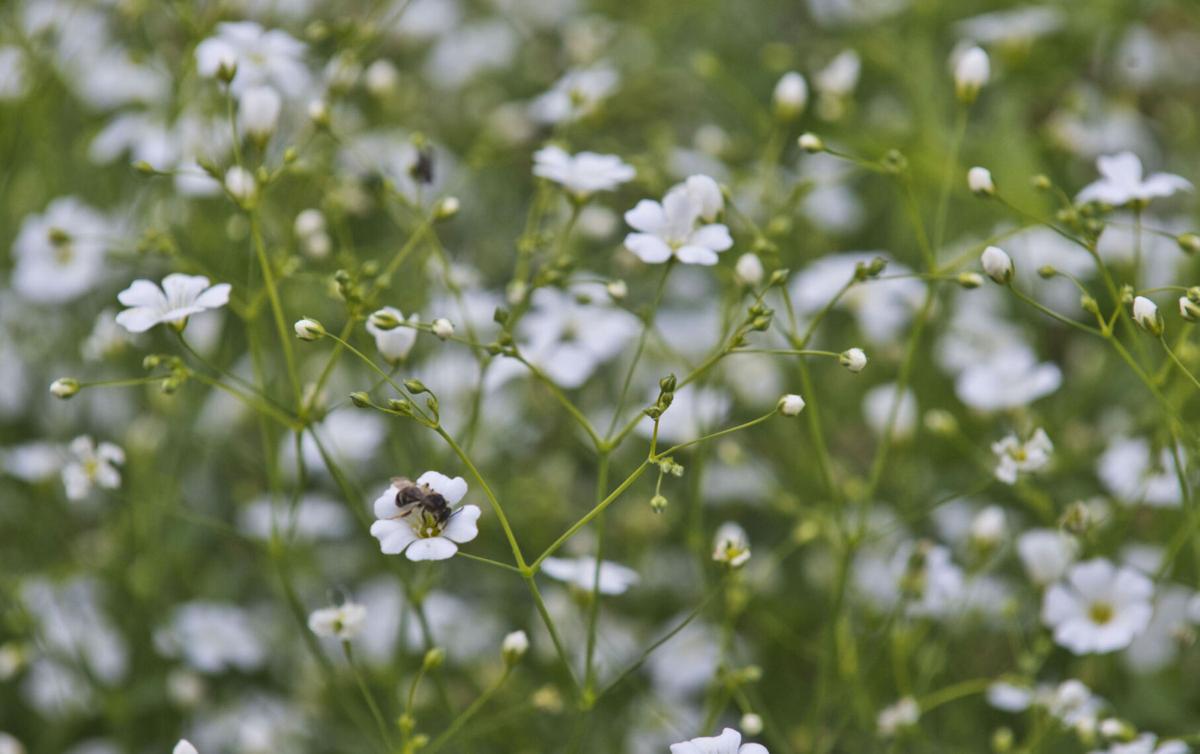 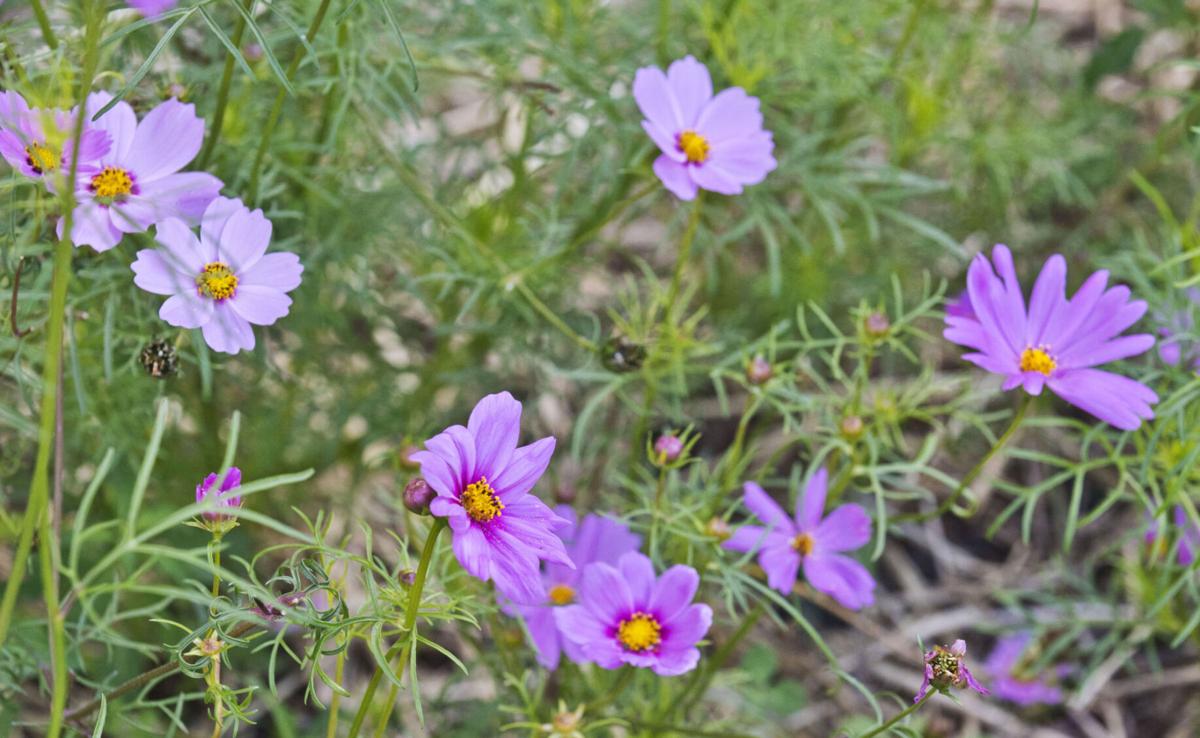 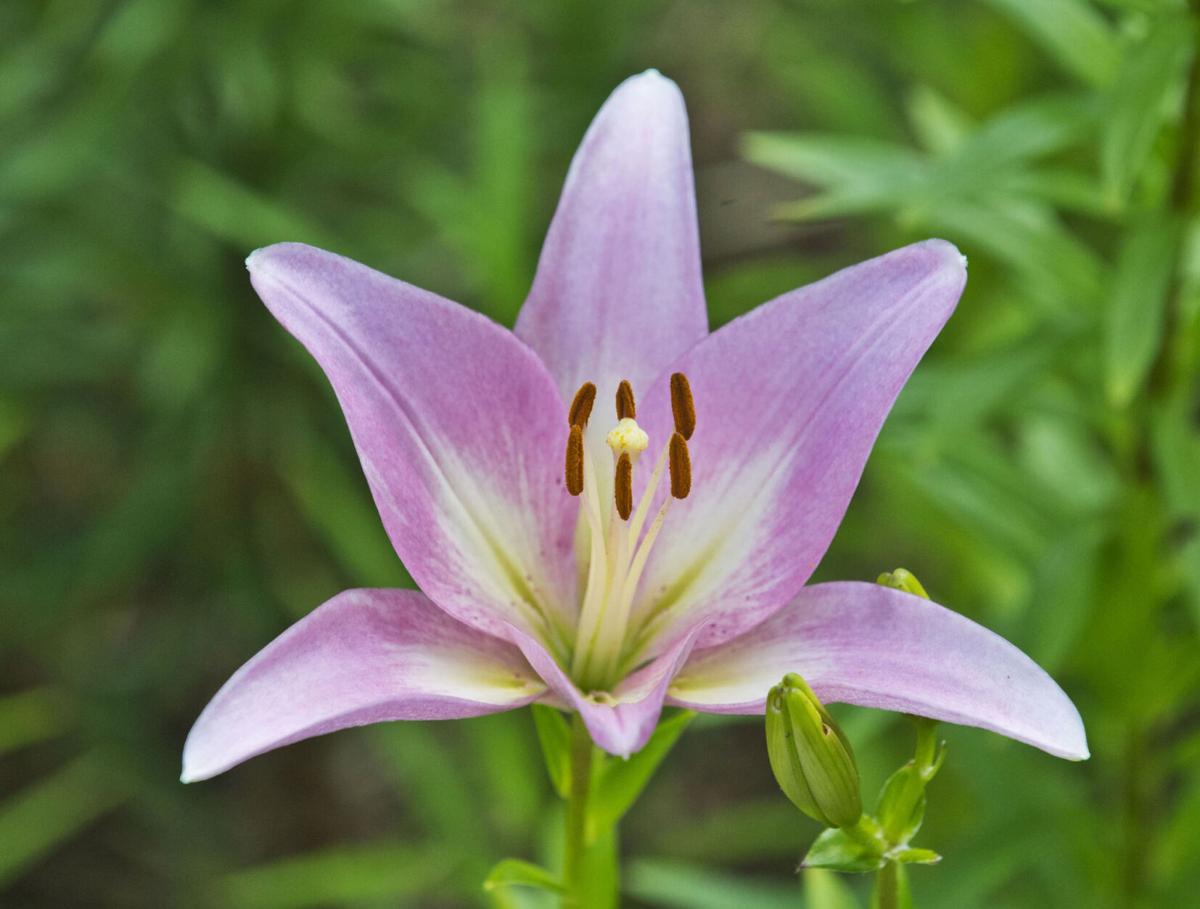 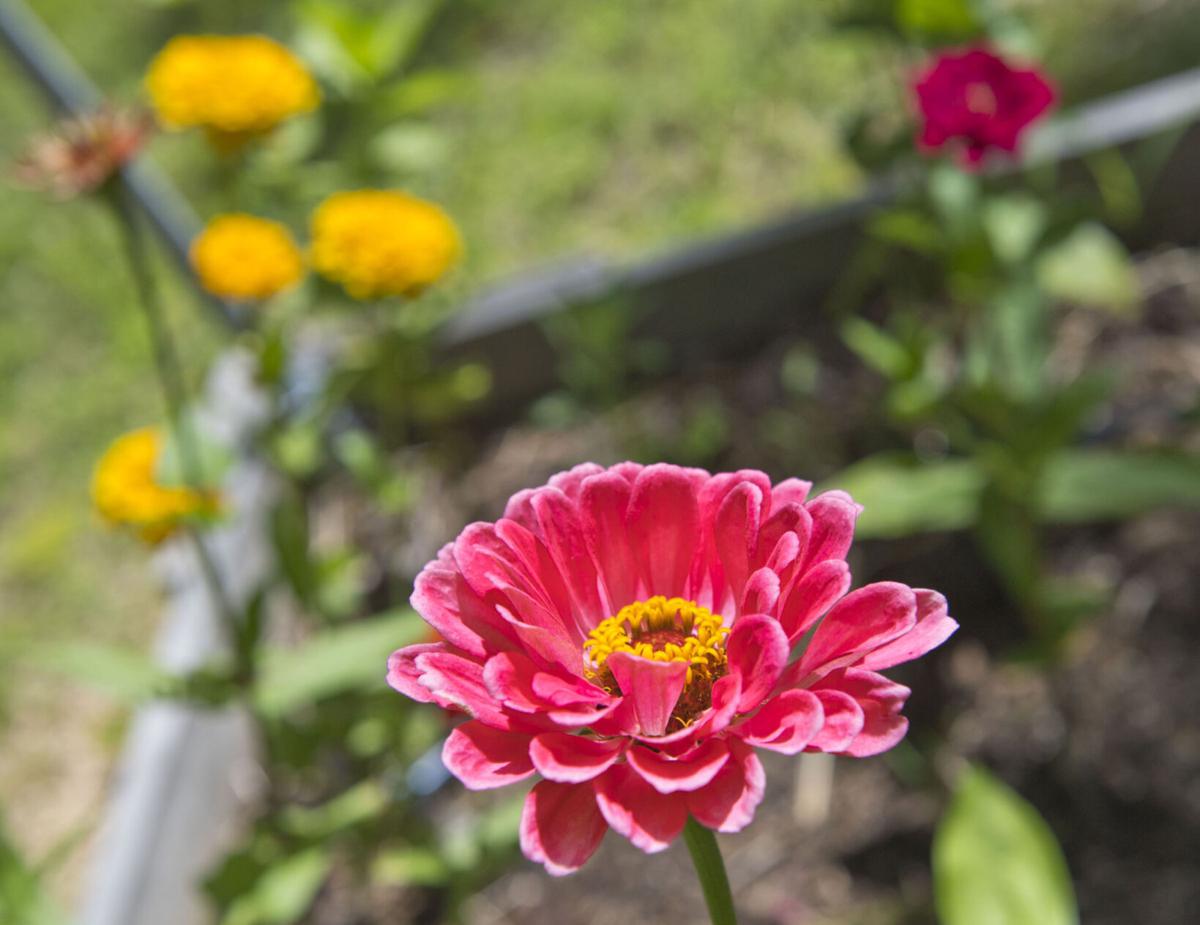 Elizabeth Seeley owner of Our Little Grewve Farms, Hermon, smells Stock Flowers growing in one of the gardens. Christopher Lenney/NNYBusiness

Elizabeth Seeley and Jon Anson owners of Our Little Grewve Farms tend to one o their gardens in Hremon. Christopher Lenney/NNY Business

Shut your eyes and think of flowers, fresh air and fine herbs. These are the smells that seduce you the moment you step foot on Our Little Grewve Farms. Once there, you are no longer part of the modern world, with its processed foods and pesticides and petroleum fumes. Instead, you are inched closer to the state of nature.

There is something deeply romantic, even Rousseauian, about the place. Co-owners John J. Anson and Elizabeth R. Seeley were camping out west in 2019 when they were struck by how the land was stricken by abusive corporate farming practices. The cracked, wizened wasteland which used to be fertile ground roused within them feelings of horror and loss.

“What most people don’t realize,” John said, “is that estimates put our usable topsoil at only a 60-year lifespan.”

Introspection opened their eyes to the necessity of “nourishing the earth” - which he hypothesized is the next step of human evolution. Since agriculture is “what allows us to have civilization,” they said that “re-imagining our agricultural practices is essential for sustaining civilization.”

That’s when they decided to shed their traditional jobs and start a regenerative flower farm.

The term “regenerative” is important, and is not to be confused with “sustainable.” Sustainability, which John said has been buzzworded by corporations and reduced to a platitude, can merely be interpreted to mean reproduction of something, even if that something is still harmful to the environment. Regenerative farming, on the other hand, takes into account the health of the soil by focusing on sequestering carbon and reducing years of accumulated greenhouse gases.

Regenerative farming tries to mimic nature and create ecosystems on land. By keeping plants in the soil, they said, they’re able to provide nutrients to its microbiology which gives it life. Indeed, the difference between dirt and soil is that the latter contains life. When healthy, these microorganisms in the soil actually do more to fend off predatory insects than poisonous pesticides.

For John and Elizabeth, the ultimate goal is to put back in more than they take out--both in soil and in life.

John, who worked in the automobile industry, and Elizabeth, who worked at a medical supply office, didn’t have much prior growing experience. You wouldn’t guess this from the splendor and diversity of their flora. Snapdragons, lisianthus, peonies, dahlias and ranunculus, among others, populate and perfume the strictly regimented gardens. Each species is more colorful and beautiful than the next. Some, like Dusty Miller--a wedding favorite--look extraterrestrial.

They grow food as well. One can only ogle at the rows of basil and San Marzano tomatoes, and it’s impossible to look at all the mint without thinking of a mojito. Any herb you can think of can be found, including parsley, sage, cilantro and rosemary.

Childish though it may be, it is hard to banish the thought that they are like Eve and Adam in Eden.

They hope to one day be wholly self-sufficient from the land, cooking and eating only what they grow. By cooking, they do not mean the modern misuse of the word, which has been taken to mean sauteing something random from Wal-Mart, or wherever. Rather, they mean the lost art of gathering local ingredients and transmogrifying them into something delicious; something to be shared with friends and family.

Speaking of things lost, through the farm, they seek a return to more primitive ways of living before the advent of the alienating and devouring modern economy.

“I think the Native Americans had it right,” John said, “where each person had a role in the community, and everyone was interconnected.”

This philosophy of localization suffuses what they do. “Everything we need is around us,” Elizabeth said. They have no interest in half-ripened produce flown from halfway round the world. This might mean they can’t get, say, a passionfruit at 2:00 a.m. in February in upstate New York, but she said it’s unnatural for people to get any produce they want, whenever they want. It’s also unethical, as anyone who has read Bitter Fruit by Stephen Schlesinger knows all too well.

The emphasis on localism and self-sufficiency aided them during the pandemic. “We were in our own world,” John recalled. Without reliance on enormous global supply chains, most of their essential needs were already provided. What they did rely on was the community.

“We are extremely fortunate in the north country to have a long-established sense of community and pioneering,” John said. “The infrastructure of supply doesn’t break down easily on a local level that has a strong sense of community.”

If you aren’t yet humbled by the sheer holism of their ways, prepare yourself now.

“We’re the only species that takes more than we need,” John reflected. Our rapacity, he said, has led to mass-productions which raze the natural world and alienate us from our communities. Not wanting any part of this, they resolved through their farm to raise consumer awareness about agro-consumption and its long-term effects.

As a result, they said, “When we are gone we’re going to enrich the land and leave something good behind.”

At Our Little Grewve Farms, John and Elizabeth have made it their mission to mesh socio-environmental responsibility with economic profitability. They posit--and prove--that it’s possible to sell aesthetically beautiful and desirable plants without abandoning ethical principles. Not that they’re in it for the money, though.

“As long as we’re growing, we’re happy,” they said.

In order to purchase some of their flowers or food, you can visit their website www.ourlittlegrewve.com, or stop by their farmstand from 9 a.m.- 5 p.m. Monday through Friday at 2202 County Route 21, Hermon, New York. They also can be found at the Canton Farmers’ Market on Fridays.