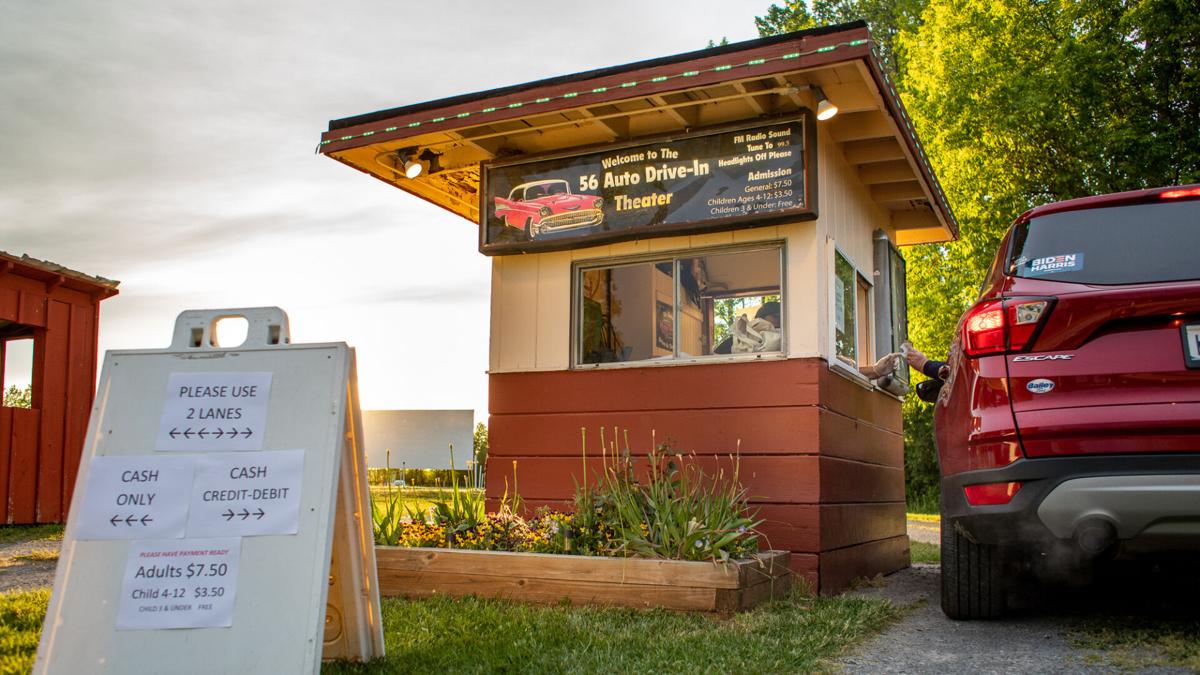 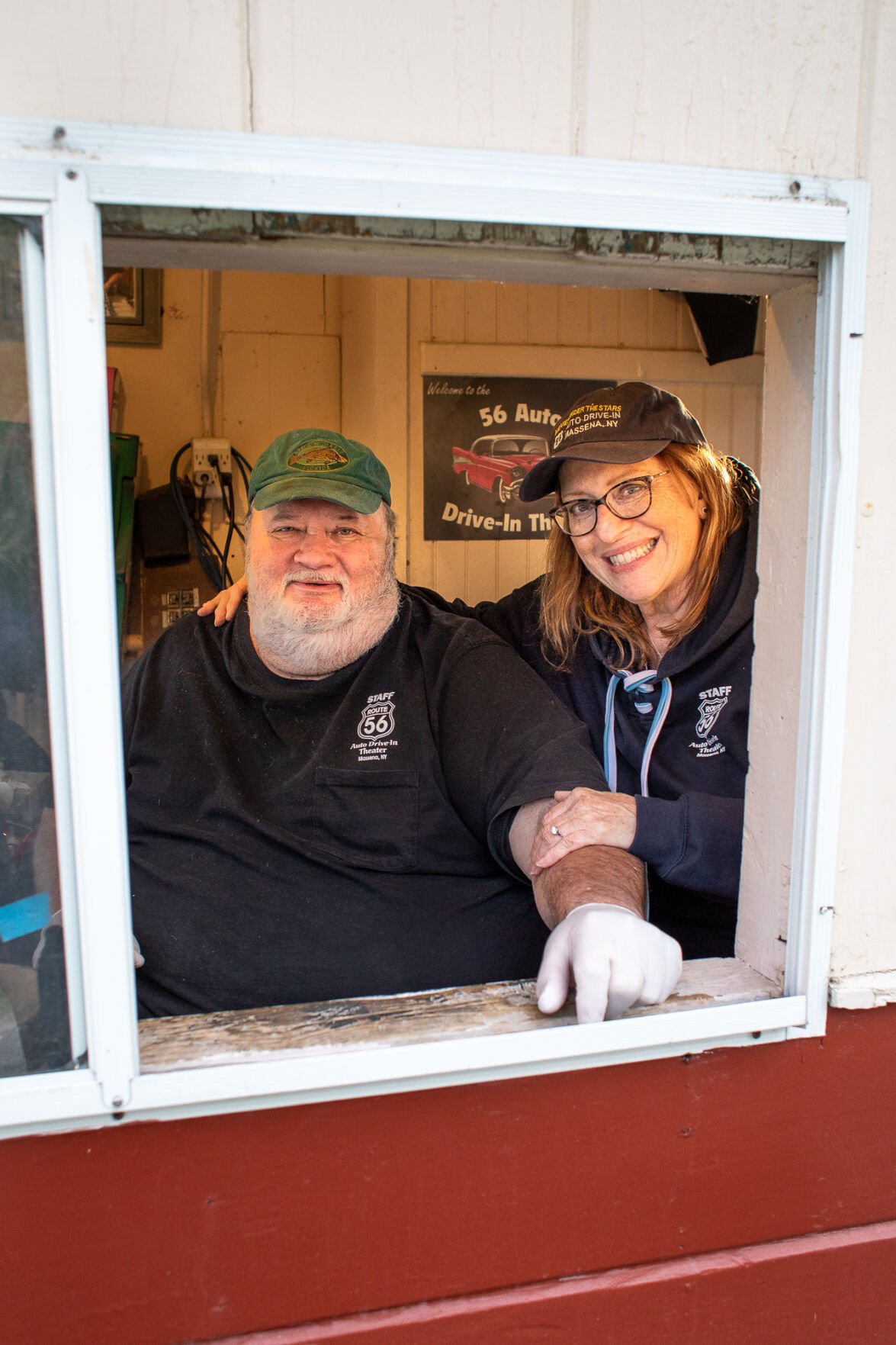 From left, owner of 56 Auto Drive-In, Jeffrey Szot, and his partner and co-manager, Bernadette L. Jenkins in the theatre ticket booth in Massena. Kara Dry/NNY Living 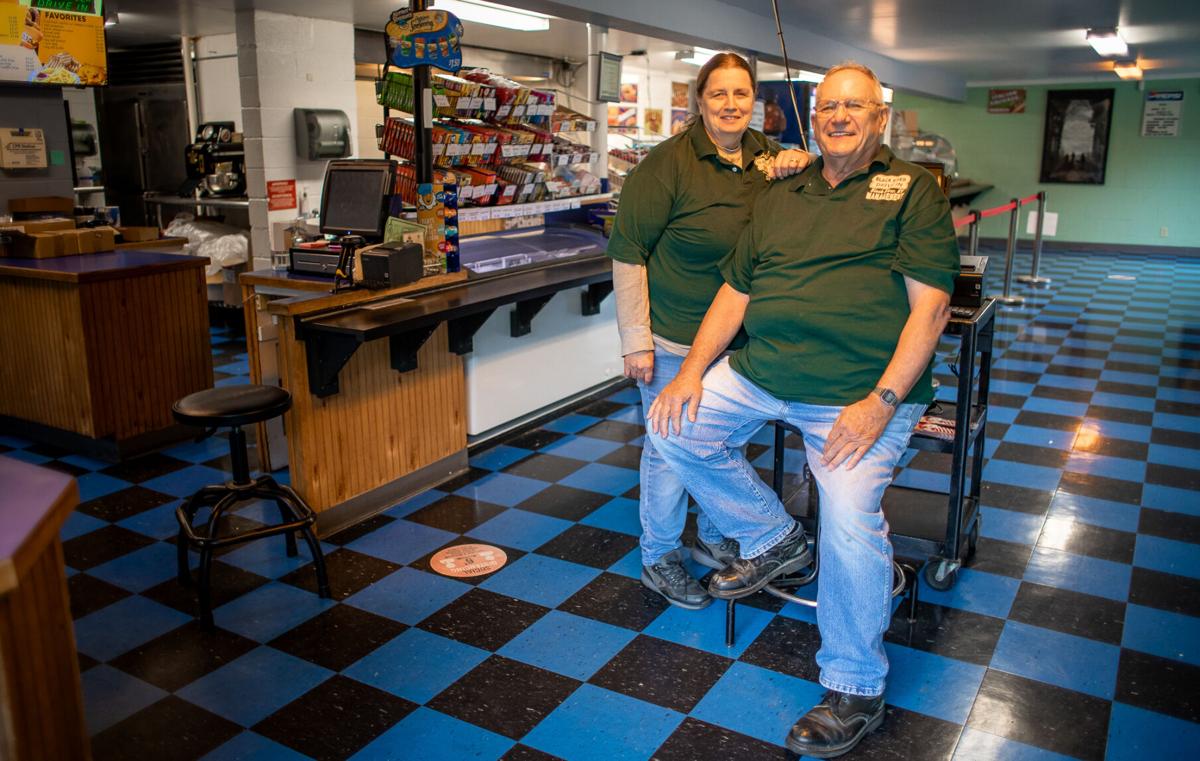 From left, owner of 56 Auto Drive-In, Jeffrey Szot, and his partner and co-manager, Bernadette L. Jenkins in the theatre ticket booth in Massena. Kara Dry/NNY Living

The oldest of the three Northern New York drive-in theaters is The Black River Drive-In Theatre, located at 28035 State Route 3 in Black River, which was built in 1950 and opened in August of the same year by owner at the time, Sylvan Leff.

“The Panther Theaters then sold the Black River Drive In Theatre to ATKO Canton Corp in Syracuse,” according to blackriverdrivein.com. “They operated the theatre until the mid 1980’s when nationwide declining attendance caused many drive-in theatres to shut down.”

Jeff Szot, who currently operates the 56 Auto Drive-In, leased the Black River Drive-In Theatre for one season but was forced to close the theater after a fire badly damaged the concession building.

“The theatre was closed for about 20 years until John Nagelschmidt purchased the theatre,” according to blackriverdrivein.com. “The reopening of the theatre was prolonged due to new health codes but after working with the town of LeRay, Mr. Nagelschmidt and Loren Knapp formed Black River Drive-In, Inc. in 2005 to reopen the theatre.”

On Aug. 18, 2006 the Black River Drive-In Theatre reopened its doors to the public under current operators Mr. Knapp and Mr. Nagelschmidt.

Black River Drive-In Theatre features two movies a night Friday through Sunday from April to October at their one-screen drive-in theatre, which holds over 500 cars.

“It’s a great night out for the family,” said Mr. Knapp. “They get two movies for the price of one and they can eat at our concession as economically as any other fast food chain, and I think we have better food.”

“We cook our food to order and make our own pizza dough fresh from scratch,” said Mr. Knapp. “We have a retro 50’s and 60’s drive-in theme as far as our intermission clips. We try really hard to make our show flow, so I don’t play a lot of on screen advertising during the pre-show because I don’t think people really want to see that.”

Mr. Knapp noted the theater will be playing retro movies throughout the summer as well.

“My favorite part about our drive-ins is the people,” said Mr. Knapp. “I get to meet so many nice people. The north country and the military are just filled with nice people.”

For Jeff Szot, operator of 56 Auto Drive-In, located at 9783 State Highway 56 in Massena, the people have become his favorite part as well.

“The people are my favorite part,” said Mr. Szot. “I really enjoy making our customers happy.”

The 56 Auto Drive-In Theatre was built in 1955 by Peter Papyanakas and opened on July 22 of the same year with the showing of “20,000 Leagues Under the Sea”.

In 1968, the theater was leased by the Panther Theatre Corporation and by 1982, Szot and his wife Burnadette Szot began running the theater.

“The concessions are a big part of our customers’ experience,” said Mr. Szot. “The food comes fresh for order. We have classic foods like fried bread dough, popcorn, hamburgers, hotdogs, and all the regular stuff. We added poutine to the menu a couple years ago and that got a great response.”

The one-screen drive-in theater holds 250 cars, offering two movies a night Friday through Sunday from April until September at the cost of $7.50 for adults, $3.50 for children 12 and under, and free for children under the age of three.

“It’s a chance to get out and watch some movies and you’re out in the great outdoors with your friends and family,” said Mr. Szot.