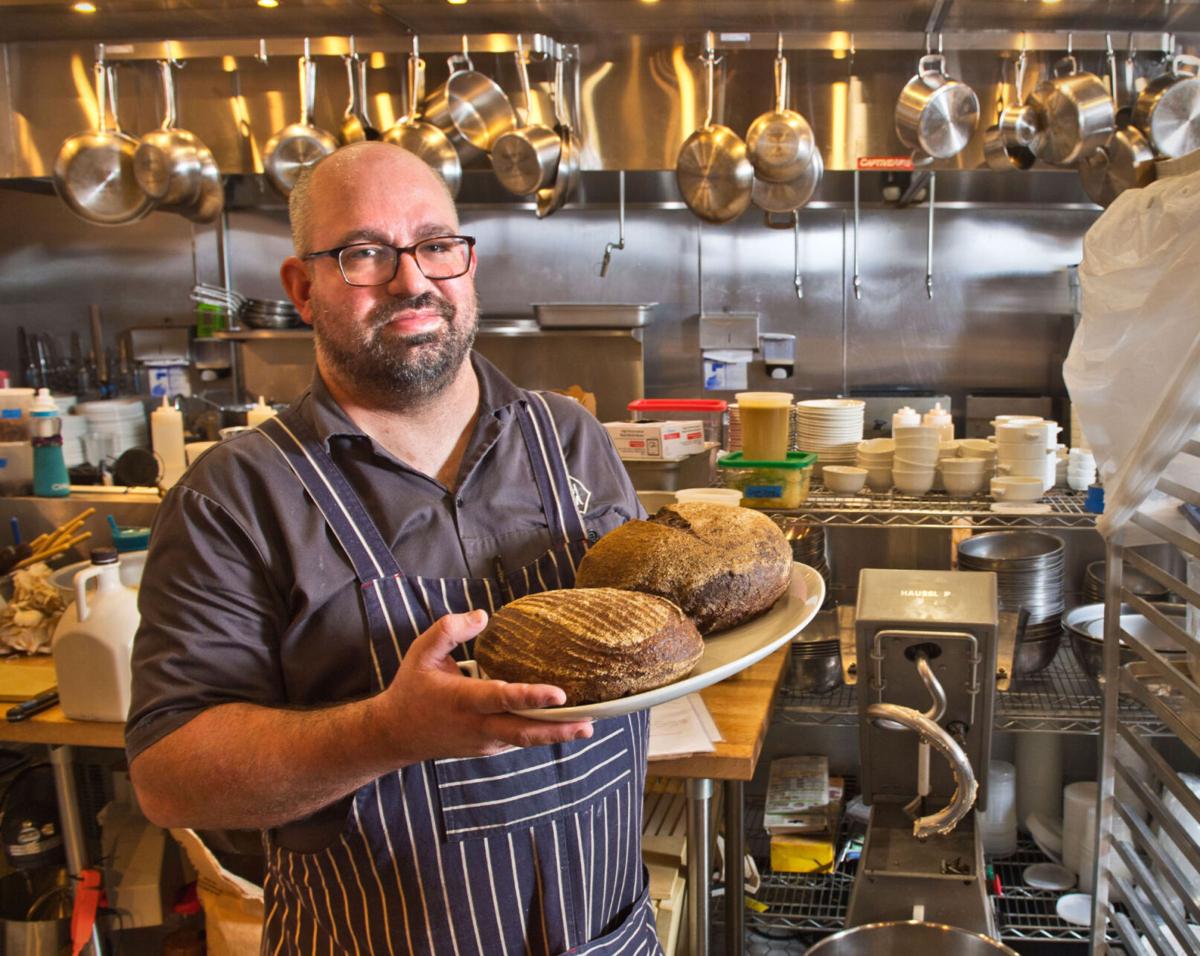 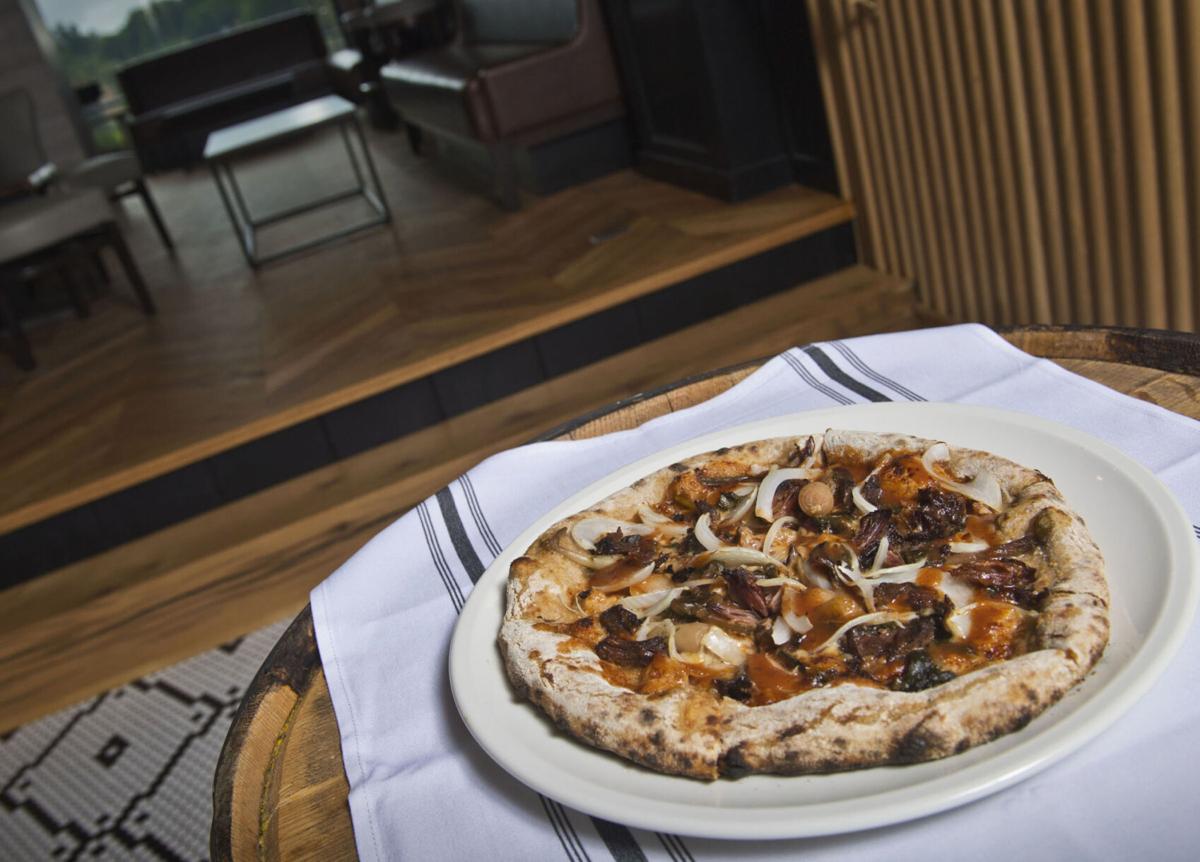 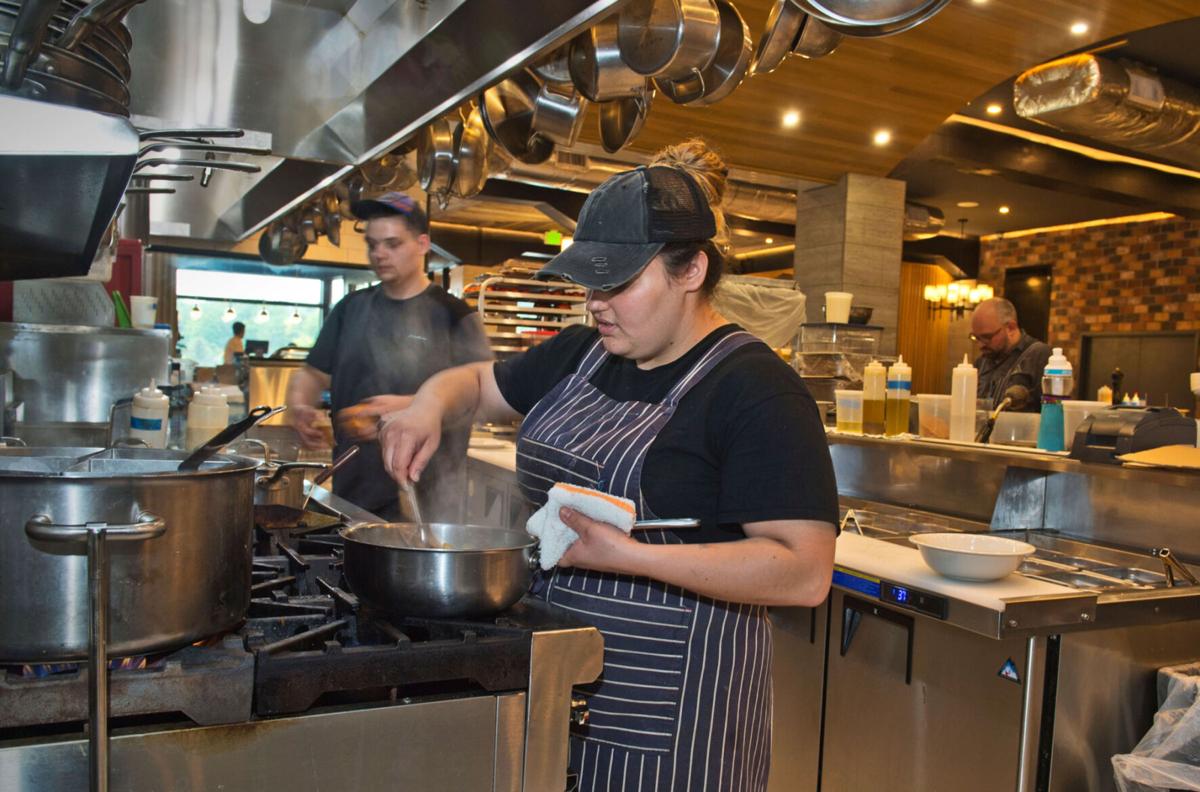 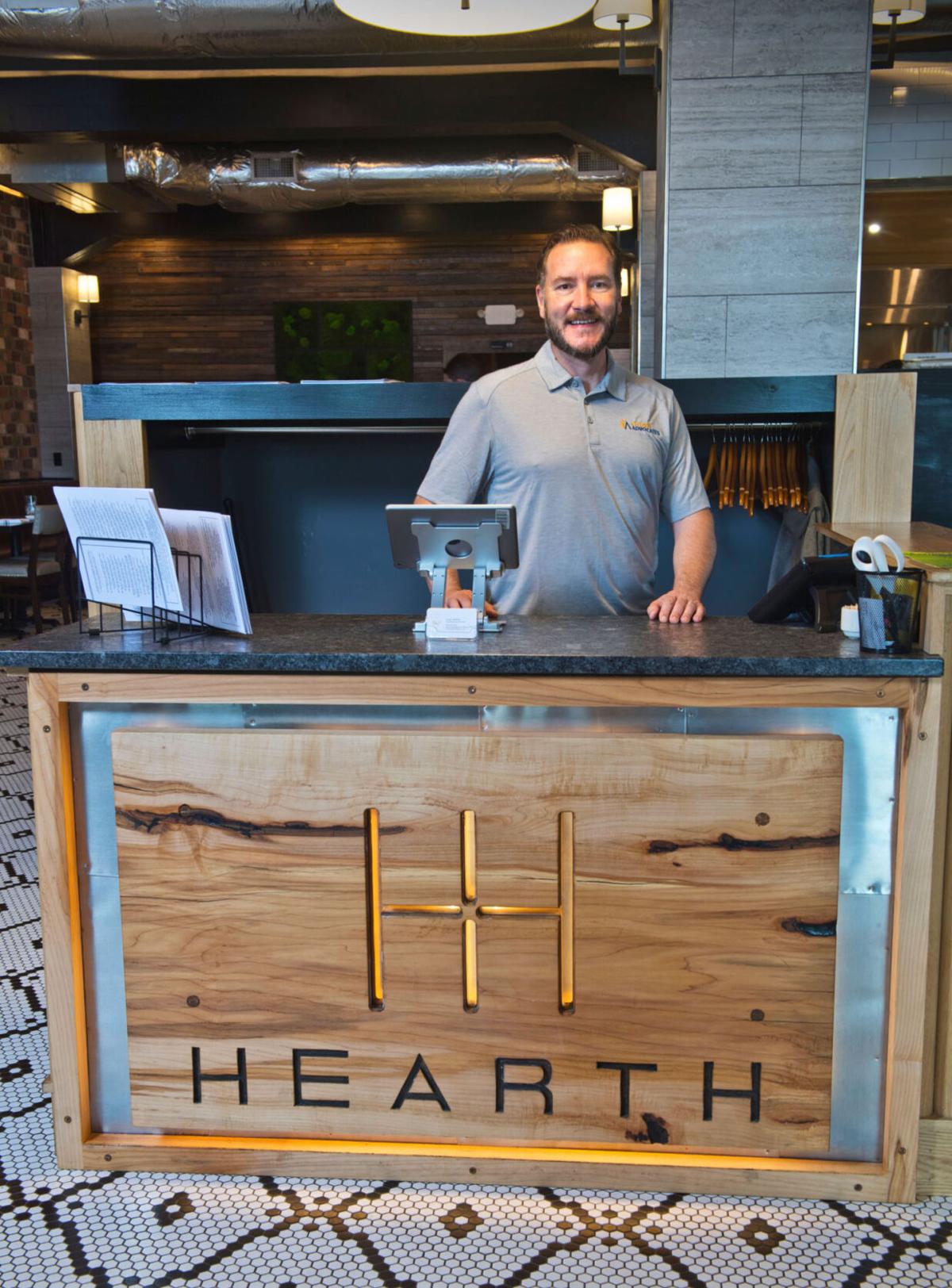 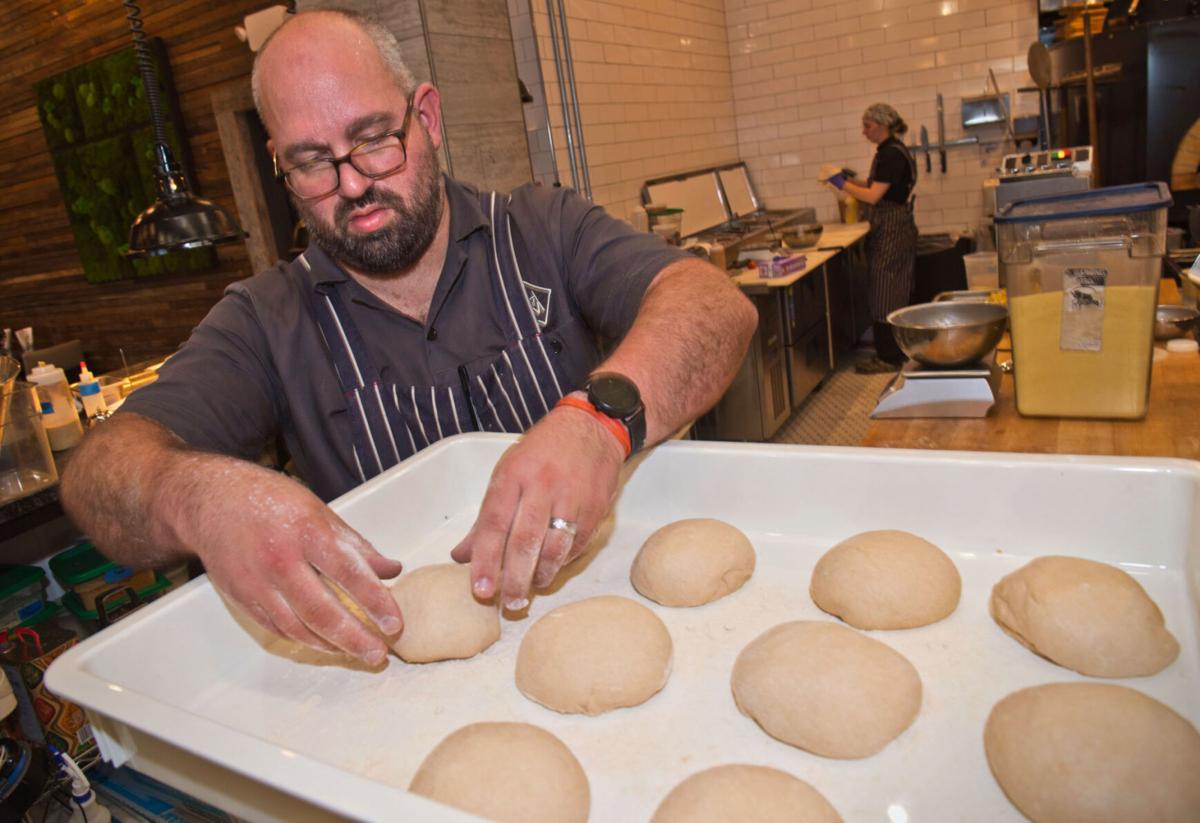 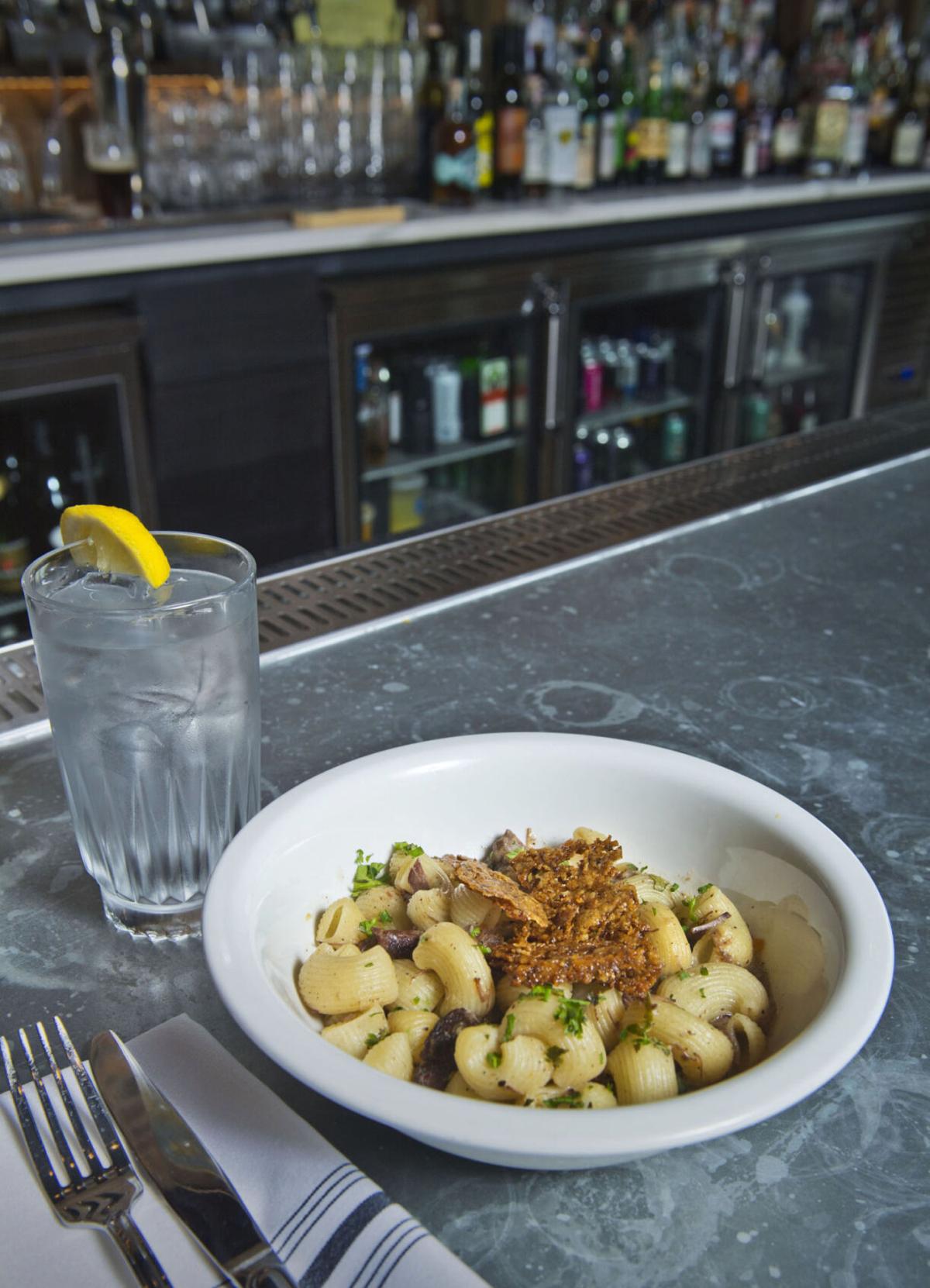 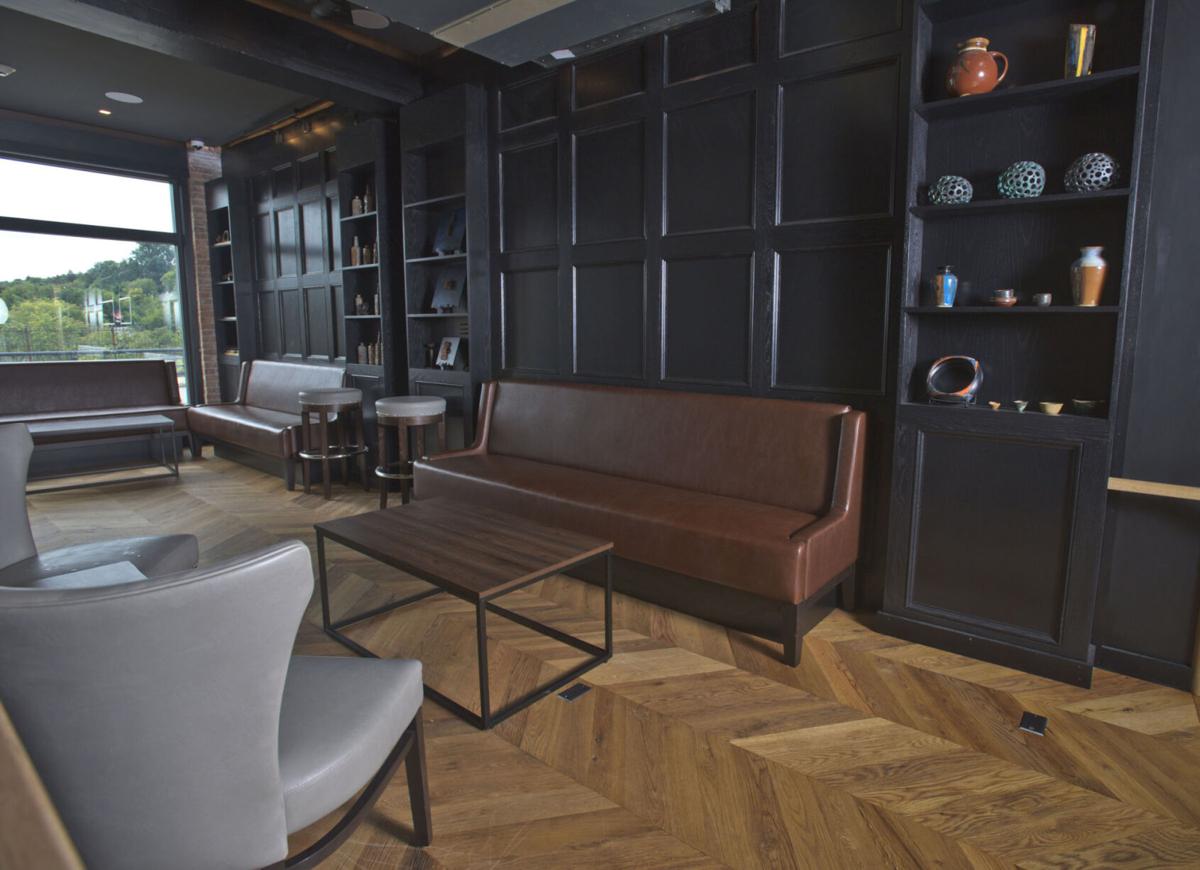 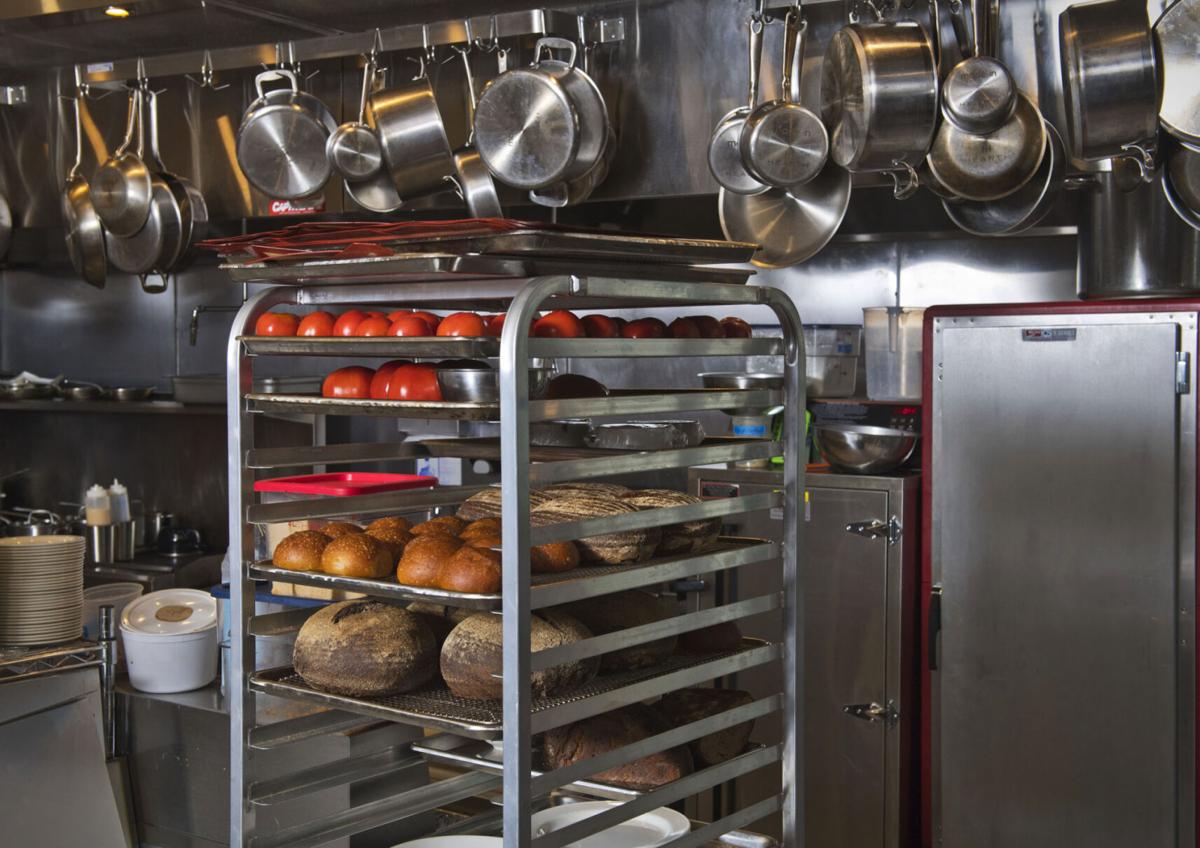 Breads and vegetables on a rack in the kitchen at Hearth of Malone. Christopher Lenney/NNY Magazines 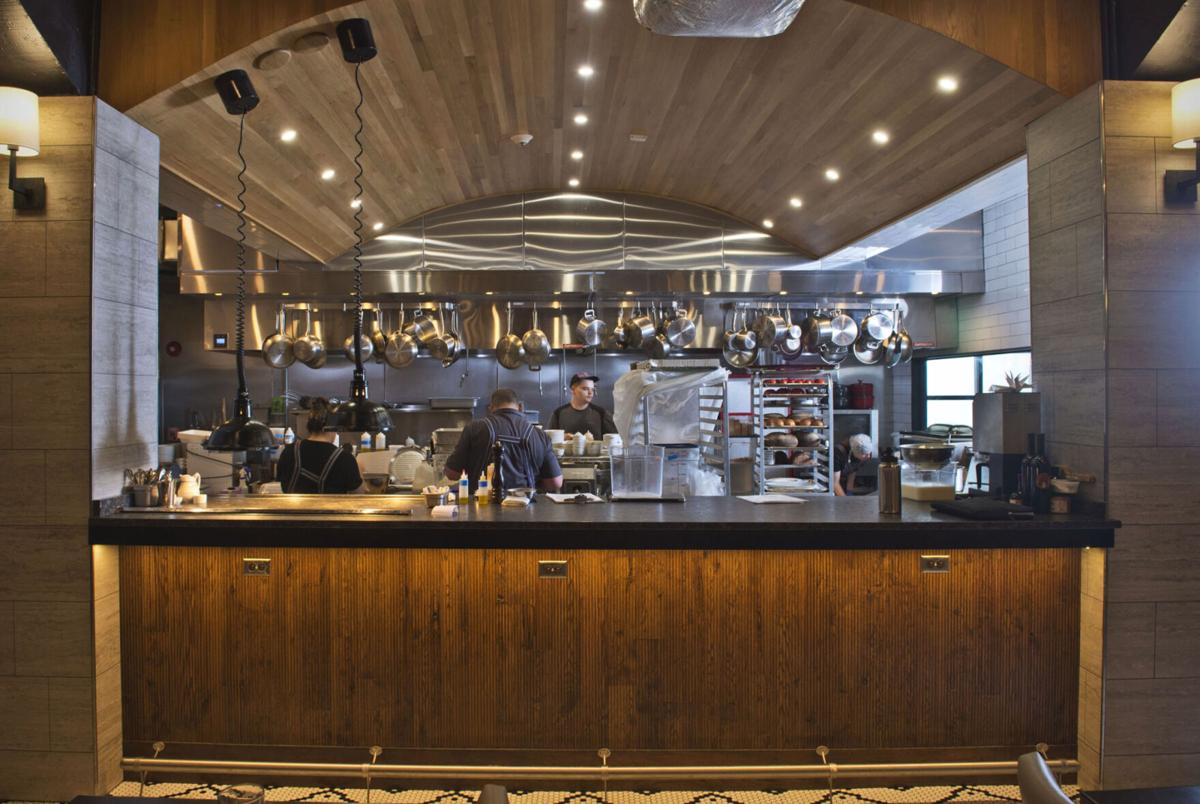 The open kitchen at Hearth of Malone. Christopher Lenney/NNY Magazines

Breads and vegetables on a rack in the kitchen at Hearth of Malone. Christopher Lenney/NNY Magazines

The open kitchen at Hearth of Malone. Christopher Lenney/NNY Magazines

It is almost a requirement that every gentrified or gentrifying neighborhood have at least one farm-to-table eatery. Contrary to what it seems, however, these restaurants are nothing new. Rather, it’s old–as old as dining itself.

What is new is the factory-to-table revolution that overtook restaurants and obliterated traditional food systems, economies and ways of life at the turn of the 21st century. The nascent yearning for more authentic and local food experiences seems to be a reaction against the last half century or so of corporate consumption.

Now, Malone is by no means gentrified. (If anything, the opposite is true.) But when you walk into its new restaurant, Hearth of Malone, you feel as though you’ve been teleported straight into SoHo. That has to be a compliment, right?

The restaurant, which opened in March, is co-owned by Michael Roesler and Darren Gough, along with managing partner and executive chef Jesse Badger. It’s situated smack in the middle of downtown Malone, serving what Mr. Badger described as “modern American” fare.

“Basically, we just source the best ingredients we can and try to do things that are interesting and taste good with them,” he said. “It’s mainly about local sourcing, and doing what best highlights the natural qualities of those ingredients.”

Walking in, the first thing anyone notices is the architecture. Mr. Roesler explained how the building environing the restaurant is historic saying “It was originally a car dealership that sold Model-T’s.”

Though much of the original walls remain, they modernized it by adding new decor and woodworking. With its high ceilings and decorative artifacts from the building’s storied history, you might mistake the place for an art exhibit.

Perhaps it is an art exhibit, if you think like I do that cooking itself is a legitimate form of art ontologically identical to the painting of a picture or the composing of a symphony.

Restaurants are also in the art of bringing people together, something for which the Hearth lends its name.

“When you think about a hearth,” said Mr. Roesler, “it’s a place where people come to gather round and be taken care of. That’s the idea behind our restaurant.”

In such an intimate setting, Mr. Roesler explained that the food could not be anything but homemade and locally sourced.

“When gathering around a hearth at your home, I think of your mother or your grandmother making something and sharing it with everyone,” he said.

“When you do everything from scratch,” he said, “there’s a different texture and flavor profile that you might not be used to if you’ve only ever had, say, pasta from out of a box.”

“When we go to our local farms and source ingredients, it’s going be different than if you’ve just gotten processed foods from somewhere else. You’re closer to the true taste of something when you make it from scratch.”

The quality of the food speaks for itself. The pasta is all made in-house, and features an array of dishes from classic carbonara to aglio-e-olio (a traditional Italian pasta dish from Naples).

Every loaf of bread is made from scratch, too, including breakfast biscuits, sourdoughs and country loafs. You can taste some of them alongside local cheeses as a dinner appetizer.

Mr. Roesler added that “our pizzas are made by hand, in-house, with local cheeses, tomatoes, and meats all sourced from around here.” All of which are fired in a wood oven, the smell of which will turn anyone into Pavlov’s dog.

The man behind the magic is executive chef Jesse Badger. According to Mr. Roesler, “He opened a restaurant across the street from where I lived in Chicago.”

“When I’d leave my house at 4 a.m. I’d see him walking into that place, and when I got home at 7 p.m., he’d still be there. So I knew what his work ethic was, and he’s an encyclopedia of food knowledge.”

Mr. Badger said he grew up on a farm “in the middle of nowhere,” and went on to work at upscale restaurants in Chicago, France and Spain.

“For more than a decade,” he said, “I’ve been buying stuff from farms in communities like this and using it at my restaurants in the city.”

Even though he was buying produce from communities like Malone, he said “there was never a restaurant like this in the communities where the products come from.”

“That’s the type of place I grew up in,” he said, “so I wanted to do something where this could actually exist in the place where the products come from.”

As for what drew them to Malone, Mr. Roesler said, “the history of the place really spoke to us.”

This is a history, he explained, of a once-booming industrial town left abandoned and desolate by the very industry that bred it. It’s a history with which innumerable towns across the country are far too familiar, with songs like “Allentown” by Billy Joel and “Paradise” by John Prine springing to mind here.

Since “big industry is not coming back to small town America,” Mr. Roesler asked how he could utilize the resources and locale Malone has to offer in order to celebrate and make it somewhere people want to come to.

“We’ve got two great golf courses, Titus Mountain, and we’re in the foothills of the Adirondacks,” he said, “so there’s a lot to celebrate about this place.”

“It’s often a place that people travel to,” he said. “The question is, how do you make people stay?”

This seems like a question they’ve answered. Apart from the restaurant, they have plans next year to furnish the basement with a taproom featuring 32 taps of craft brews from across the north country. If that doesn’t make you want to stay, then perhaps nothing will.

Moreover, they are renovating the upstairs into an event space for weddings, meetings, presentations and whatever other large gatherings people may desire. Of course, food and beverage at such events will be catered by Hearth.

Tantalizingly, Mr. Roesler said there’s another upstairs space being refurbished “which will benefit the community as a whole, complete with food and beverage service,” the specifics of which will be announced soon.

Upstairs, there are also rental units currently available on Airbnb, with additional rooms underway. So, there’s no need to worry if you’ve had a tad too much fun at the bar or taproom.

Mr. Roesler explained, “If you want to make a place a destination, you have to give people options. Hearth of Malone gives another option for people to come to Malone and stay besides going elsewhere.”

After all, he said, “just because big business has left, doesn’t mean the people have to.”

To see Hearth of Malone for yourself, visit them at 403 East Main Street in Malone. Or, for more information, visit their website at www.hearthofmalone.com.