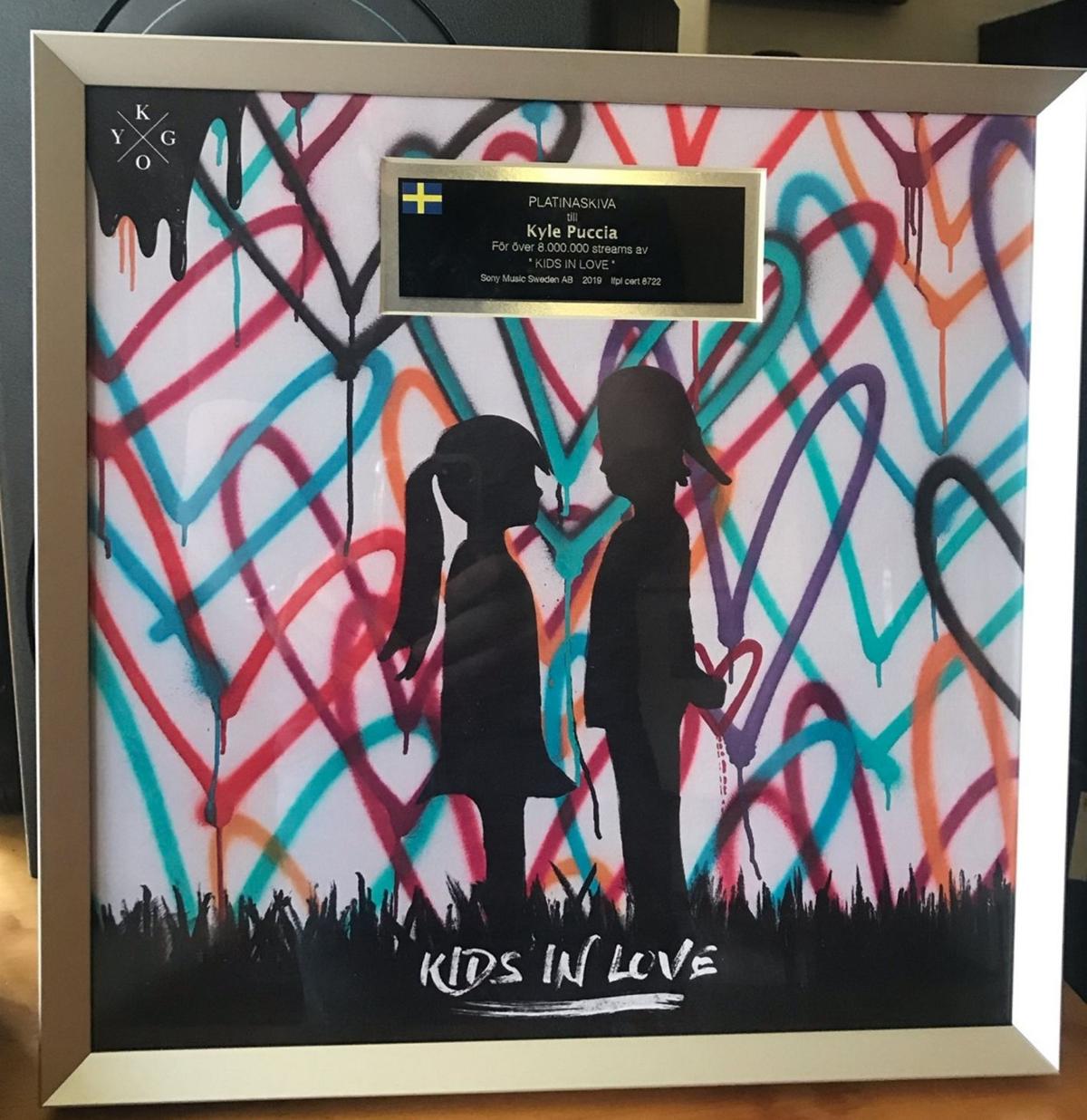 Kyle Puccia received this plaque from a record label for a song he co-wrote that honors its number of streams. Courtesy Ann Spaziani 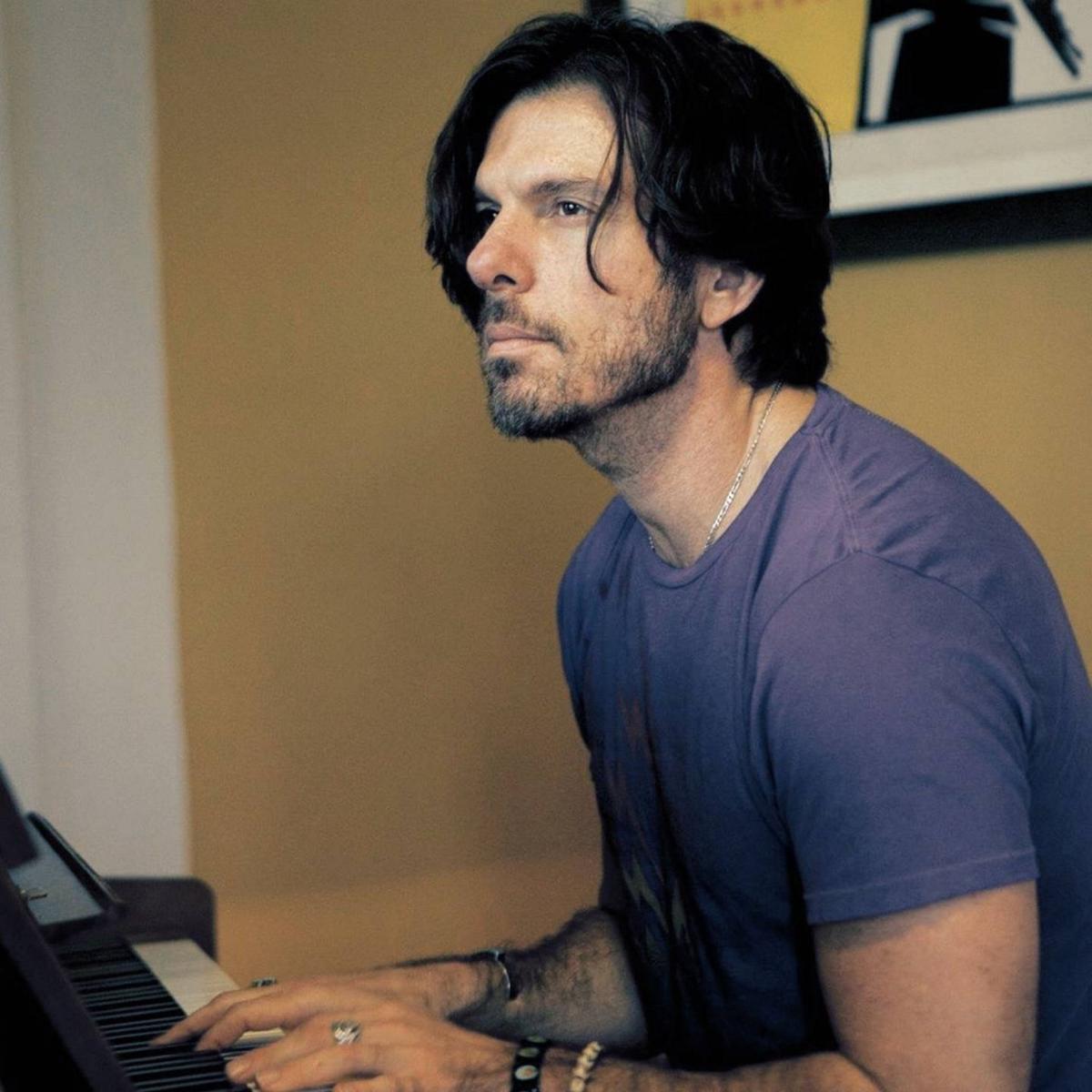 Kyle Puccia received this plaque from a record label for a song he co-wrote that honors its number of streams. Courtesy Ann Spaziani

Watertown native Kyle Puccia continues to enjoy sweet Scandinavian success, but his international kudos for his song writing has now spread to the United Kingdom.

Mr. Puccia, a 1988 graduate of Watertown High School, is a Los Angeles-based performer, music director, vocal arranger, songwriter and singing teacher. In recent years, his musical creations have been popular in Scandinavia. A song he co-wrote, “Kids in Love,” the title track and first single from Kygo, has been particularly praised.

Kygo, based in Norway, is an electronic dance music superstar who sells out shows in North America and Europe. “Kids in Love” is on the Sony Music International / Ultra Records label.

Mr. Puccia recently received a “Platinum” plaque from executives at the Sony/Ultra music label honoring the amount of times the song has been streamed. Eight million streams qualifies a song for platinum status, as documented in Sweden by the International Federation of the Phonographic Industry.

“Kids in Love” has about 80 million downloads/streams. “I don’t know if other plaques will follow, but I’m just happy to have the one put up on my wall behind my piano,” Mr. Puccia said in a phone interview.

He defined “streams” as each time someone listens to a song on a paid app like Spotify, which requires a monthly fee for unlimited access.

Mr. Puccia said “Kids in Love” resembles a stadium-rock song from the 1980s.

“I kind of feel like the title says it all,” Mr. Puccia said. “It hits a nostalgic chord lyrically and musically. When you hear it, it has an ’80s vibe to it that I think appeals to people my age (40s) as well as kids in their early teens and 20s.”

Through networking with roots in Scandinavia, Mr. Puccia began working with Jamaican singer Dalton Harris who won the 2018 season of “X-Factor” in England.

Mr. Puccia worked with Mr. Harris for his second single, “A Girl Like You,” which is expected to be released in late February or early March. Assisting with song-writing credits were Rasmus Viberg and Rasmus Svensson Blixt.

Mr. Puccia said two other projects he’s been working on are showing promise. The first is a musical television series called “Hipster Sweatshop.” It’s based on the stage show of the indie-pop musical of the same name with book, music and lyrics by Mr. Puccia, Kurtis Simmons and Darryl Stephens.

Mr. Puccia said “strong interest” has been shown in a screen play that he and Mr. Stephens wrote.

He described the screen play as “a high school coming of age film with a trans-masculine lead.”

It’s also a sports film as it explores what happens when the main character is accepted into an Ivy League school and its lacrosse program.

“We wrote it to feel like one of those nostalgic high school movies like ‘Pretty in Pink’ and ‘The Breakfast Club,’” Mr. Puccia said. “It’s very fun and light and has a theme which I think is really important right now.”

“I’m in for the long haul in Sweden,” he said. “I love the city and the music that comes out of Sweden is spectacular.”

In the past few years, there has been a Nordic/Scandinavian invasion of the pop music world. Many of the writers and producers creating worldwide hits are from Nordic countries (Finland, Sweden, Denmark, Iceland and Noway) who work behind the scenes.