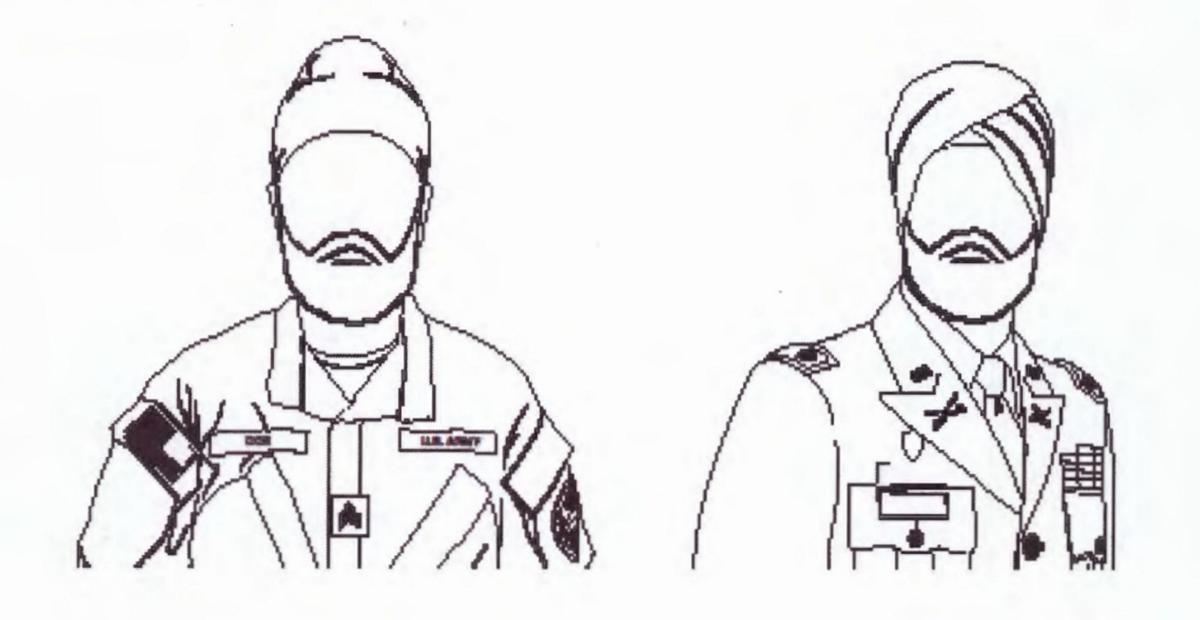 An example of how a turban and underturban (also known as a pakta) may be worn with a soldier’s Army uniform. 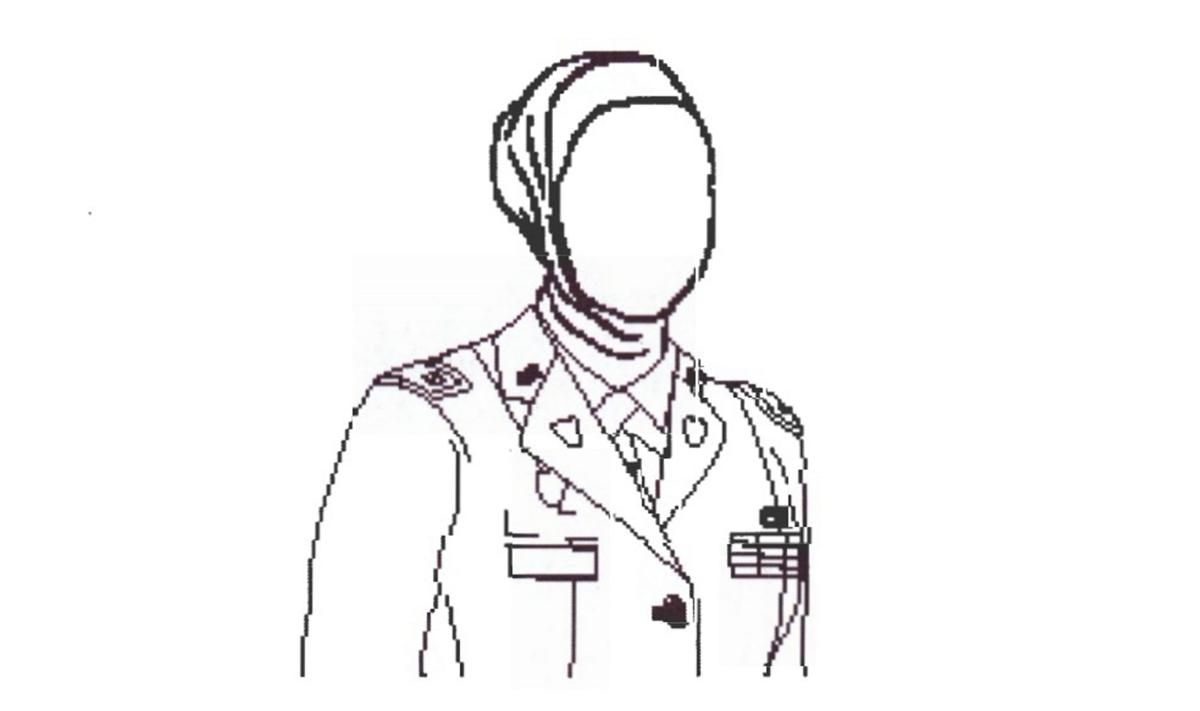 An example of how a hijab may be worn with a soldier’s Army uniform.

An example of how a turban and underturban (also known as a pakta) may be worn with a soldier’s Army uniform.

An example of how a hijab may be worn with a soldier’s Army uniform.

FORT DRUM — New Army regulations will give soldiers of the Muslim and Sikh faiths permission to wear religious head coverings in uniform and allow black female soldiers to wear dreadlocks.

The Army’s appearance regulation update said that most religious accommodation requests were for soldiers to wear a hijab, a beard or a turban or underturban with uncut beard and hair. Army Secretary Eric Fanning said that because of “successful examples of soldiers currently serving with these accommodations,” such accommodations can now be approved at the brigade level.

The rule change requires that the head coverings not affect a soldier’s assignment, and that soldiers still wear helmets and other safety equipment when necessary. It also states that because of issues with the fitting of protective respirators, soldiers with head coverings may not enter chemical-related fields or attend schools in those fields.

The impact may be limited immediately on Fort Drum because of the low numbers of soldiers of the faiths locally.

“While this policy may have limits due to mission requirements, especially in deployed or training environments, it is designed to allow troops free expression of their religion,” he said in a statement.

Lt. Col. Gary Fisher, division chaplain, said they will assist commanders as they field such requests.

“Any time the chain of command can accommodate an individual’s expression of deeply held religious faith or facilitate an individual to allow them to safely practice their faith and maintain mission readiness in a unit is a win for both the soldier and the unit,” he said in a statement. “It increases morale and lets the individual know their leadership cares and appreciates them as a valued team member.”

Black female soldiers can now wear dreadlocks in a fashion similar to braids, cornrows and twists, as long as the locks are of uniform size and smaller than a half-inch in diameter, and present a neat, uniform appearance.

The hair policies for black female soldiers have faced questions since spring 2014, when the service barred twists, large cornrow braids and dreadlocks. At the time, black female soldiers complained it limited the options of women who wear their hair naturally without using chemical straighteners.

The service later that year reinstated twists and cornrows, but kept the prohibition on dreadlocks until the most recent rules change.

The rules also allow soldiers to wear religious bracelets on duty with military or civilian clothing.

The new policies could be overturned by the incoming Trump administration, which has nominated Vincent Viola to serve as Army secretary.

The new appearance rules can be viewed at http://wdt.me/appearance-regs2017.