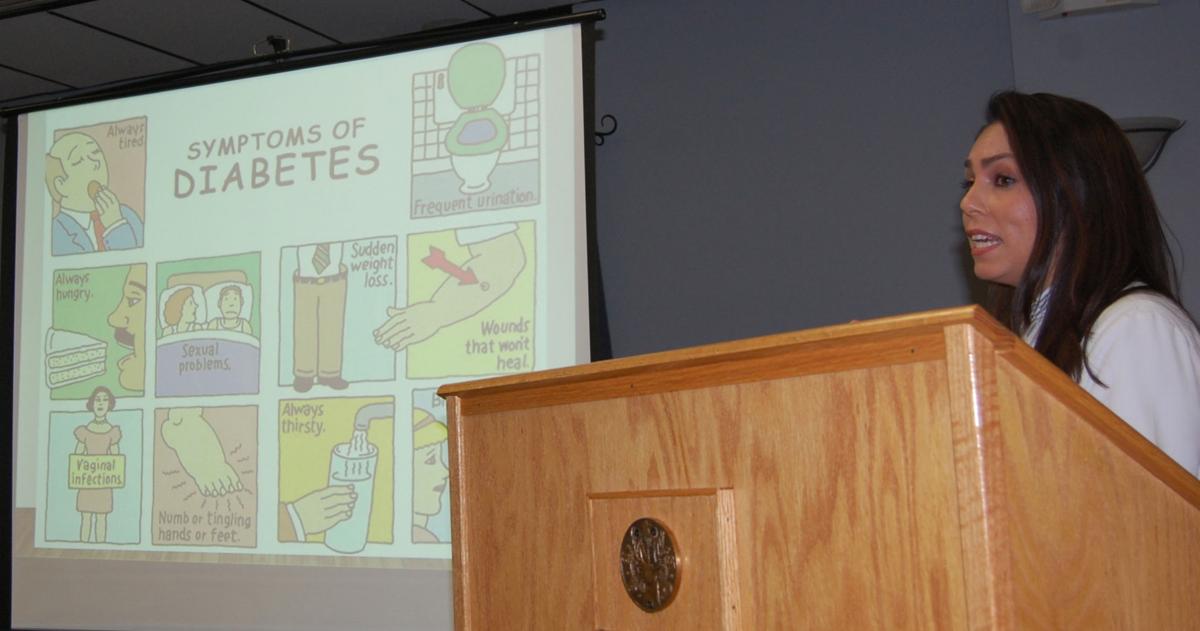 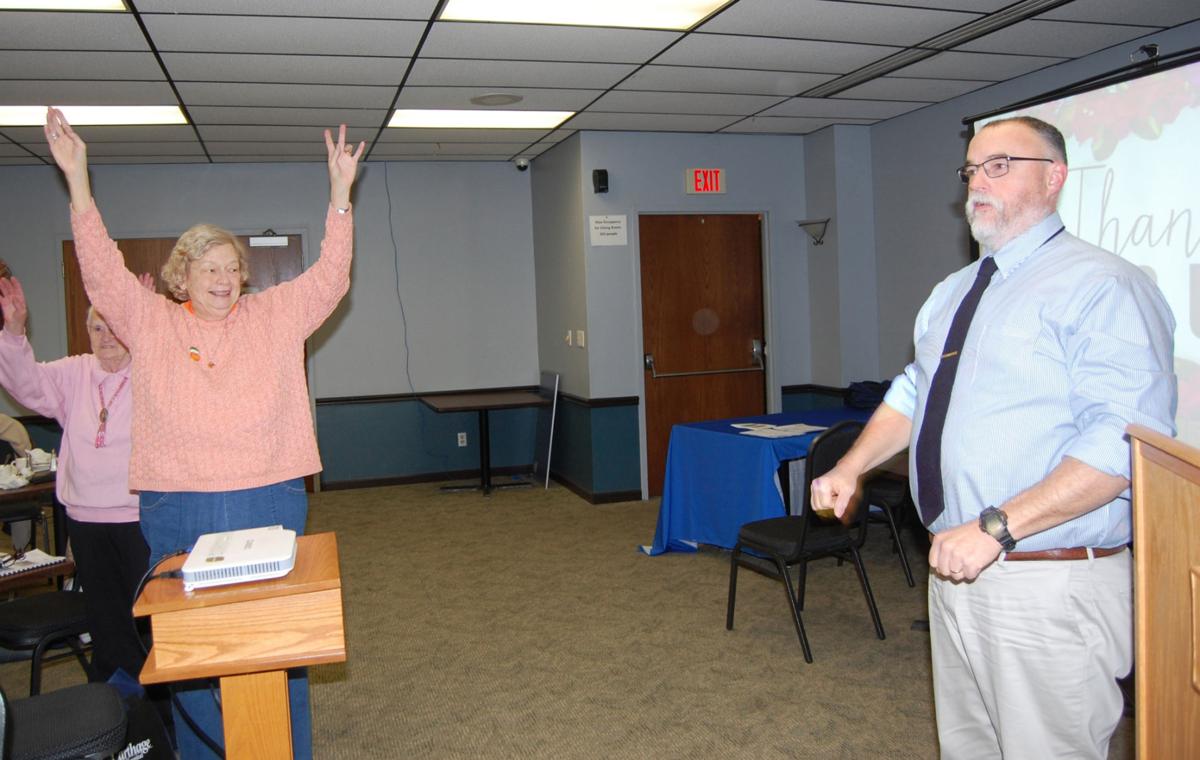 Therapy specialist William Blunden got everyone on their feet to stretch before relating how exercise can help control and prevent diabetes. Photo by Elaine M. Avallone/ Johnson Newspapers

Therapy specialist William Blunden got everyone on their feet to stretch before relating how exercise can help control and prevent diabetes. Photo by Elaine M. Avallone/ Johnson Newspapers

Welcoming 40 attendees, foundation and marketing executive director Taylour Scanlin, pointed out diabetes is the seventh leading cause of death in the United States. She noted that programs like this one help eduction the public about ways to prevent and manage diseases.

“We want to help keep you out of the hospital and reduce health costs,” said Ms. Scanlin.

Commonalities of the regions include, eating a plant-based diet, moving manually, taking time to decompress, a belief in God and having a little wine with dinner, Mr. Gunderson said.

“There are ways to improve your life, diet, exercise, learn to relax, change your mind set,” he said. “Prevention is the best medicine.”

While attendees ate plant-based dinners of Greek salad, squash soup, rice and bean stuffed peppers and whole-wheat rolls, the speakers presented information on all aspects of prevention and treatment of diabetes.

The doctor explained that diabetes is a chronic disease characterized by high levels of sugar — glucose — in the blood due to the pancreas failing to make enough insulin or cells failing to respond properly to the insulin produced in the body.

She noted 30 million Americans have diabetes, 84 million have prediabetes although many do not know they have it. This year 1.5 million Americans were diagnosed with diabetes. Diabetes causes more deaths than breast cancer and AIDS combined. She recommended testing through which a AIC of 6.5 or greater, a fasting plasma glucose greater than 126 or a two-hour or random plasma glucose greater than 200 is diagnosed as diabetes. It is recommended the adults be tested at least every three years starting at age 45 or more often if risk factors for diabetes are present such as family history or obesity.

“At least 65% of people with diabetes die of heart disease or stroke,” said Dr. Garcia.

Therapy specialist William Blunden got everyone on their feet to stretch before relating how exercise can help control the disease.

He noted people in the Blue Zones tend to have less heart disease, diabetes and other health problems related to aging due in part to getting at least 30 minutes of exercise or activity each day.

“They live to the end,” he explained. “At age 90 they die in five years. In the United States it takes some people five to seven years to die.”

He gave suggestions for getting more active, less sedentary lifestyle including to break up the 30 minutes of activity into three 10-minute segments, working at your own pace while following exercise programs on television or DVDs or to do the movements seated.

She suggested utilizing a smaller — 9-inch — plate for meals which is divided in half with that side filled with non starch vegetables, half of the other side is for lean protein and the last quarter for whole grains.

Clinical pharmacist Christopher Bradley discussed medication used to treat diabetes. He stressed the importance of complying with the prescribed medication taking doses when and how instructed.

This event concluded the hospital’s Community Engagement Series for the year but plans are in the works to continue the education series in 2020. For more information about the hospital’s programs visit its website at www.carthagehospital.com.