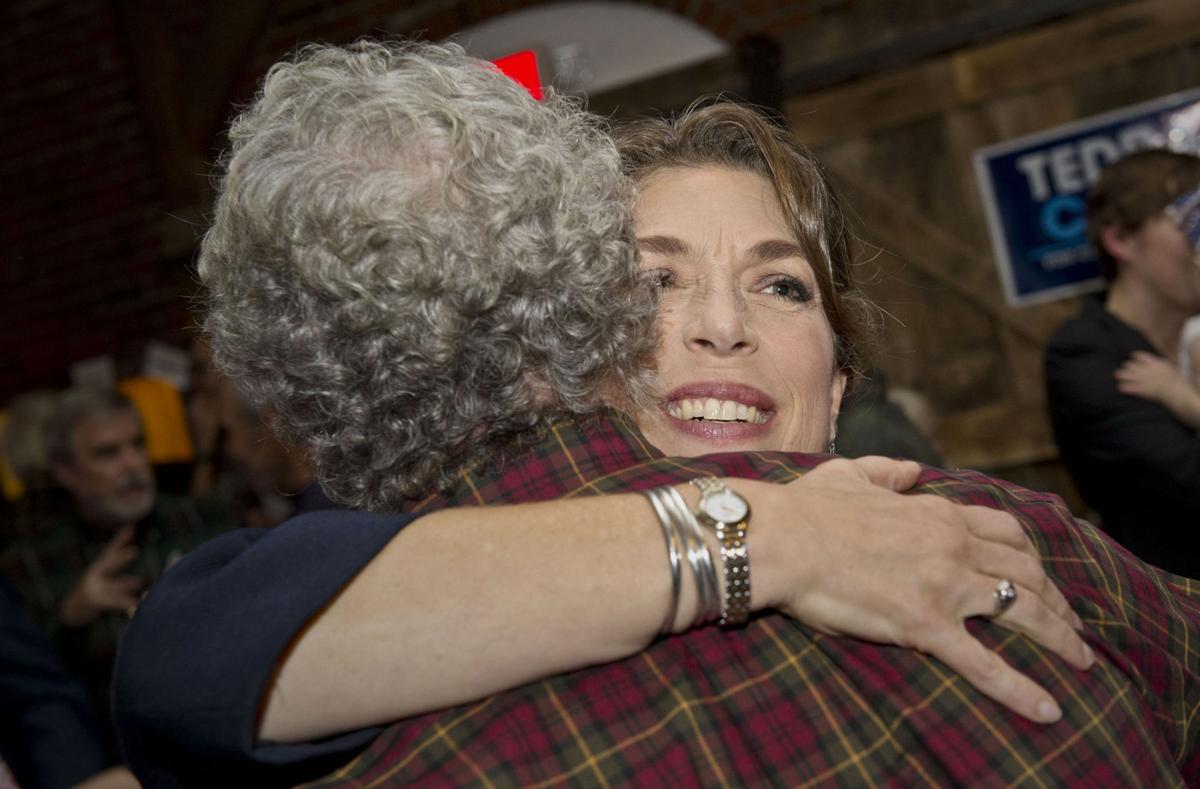 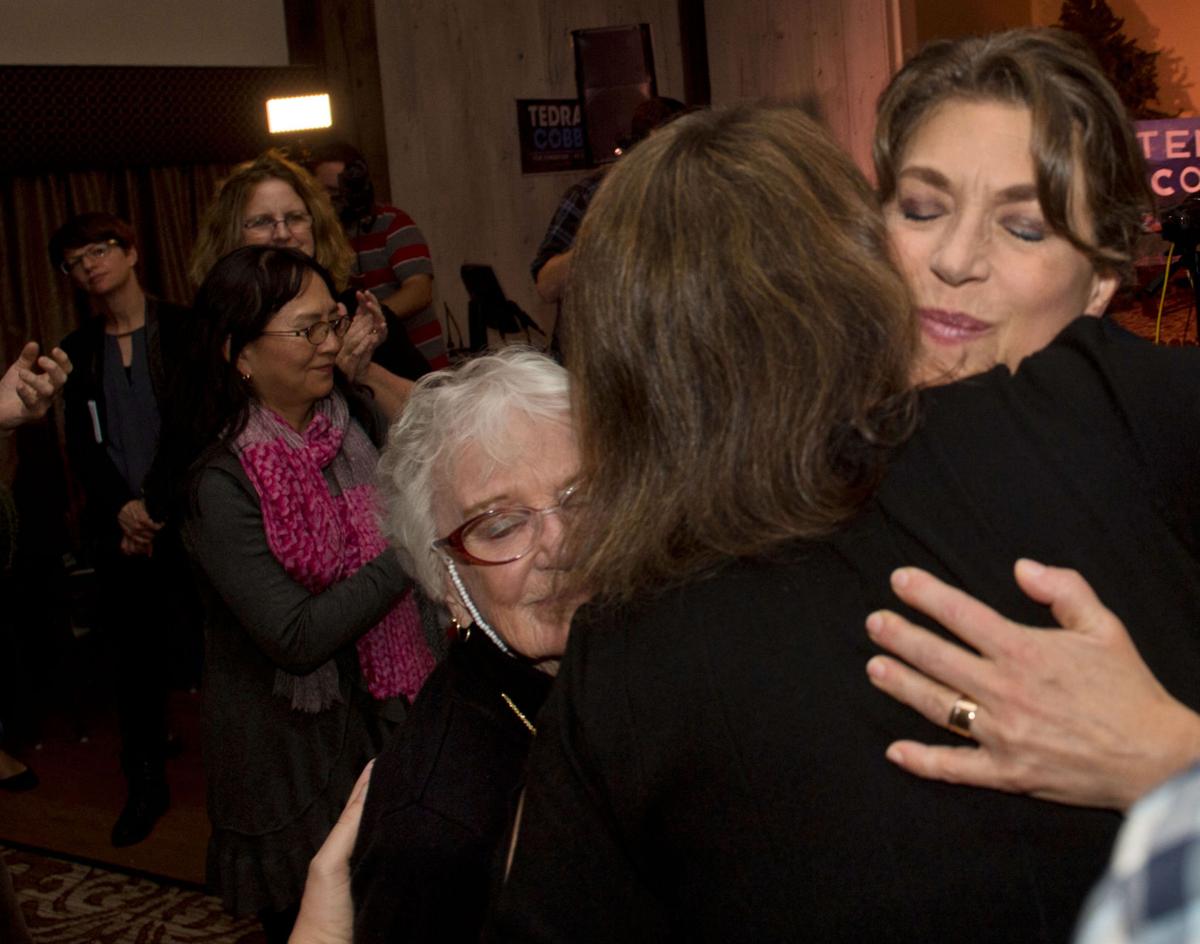 Supporters line up to hug Tedra Cobb after she gave her concession speech at a gathering in Canton.

Supporters line up to hug Tedra Cobb after she gave her concession speech at a gathering in Canton.

Tedra L. Cobb started her race for a seat in the U.S. House of Representatives nearly a year ago. Facing long odds from the beginning, Ms. Cobb was proud of what her campaign had been able to accomplish — including mobilizing more than 2,000 volunteers and breaking fundraising records without corporate PAC money.

“I’m feeling great, we’ve done everything we could possibly do,” Ms. Cobb said early Tuesday night, when only the national results were beginning to come in.

Ms. Cobb had just finished a trip across the district to get out the vote, making about 70 stops over the course of six days.

As the night progressed, however, Ms. Stefanik rapidly picked up a lead that she kept throughout the night.

Jennifer Zhang, a senior at Potsdam High School, had volunteered for Ms. Cobb after the candidate visited an A.P. Government class at her school. Ms. Zhang phone banked for Ms. Cobb and did some data entry starting for the campaign this fall.

“It’s a pretty conservative district, the margins are a lot better than against Mike Derrick,” Ms. Zhang said, with about half the results in. “It looks like Tedra’s going to lose, but even so, I think she ran the best race she could.”

A little after 11 p.m. the race was called and Ms. Cobb made her phone call to Ms. Stefanik. Then she took the stage to make her concession speech. Rather than mention her opponent, Ms. Cobb thanked those who had supported her and struck a defiant note suggesting she would run again in two years.

First, she thanked her husband and two children.

“Without you, I wouldn’t have the courage to stand on this stage,” Ms. Cobb said. “To my staff, you have given this your heart … to my volunteers, you are a force to be reckoned with.”

“It has been a race that has been full of grace and integrity and grit,” she said.

Ms. Cobb also made a point of highlighting what the campaign had done.

“We’ve accomplished many things in this campaign that no one thought we could,” she said. “We changed the way campaigns are run in this district.”

After her thanks, Ms. Cobb hinted at another run.

“In the north country, we blaze our own path,” she said. “We do not give up, and I want you to know I’m not giving up, either.”

Listing all the things she had asked of her supporters, Ms. Cobb added one final request.

Speaking to reporters after the concession speech, Ms. Cobb confirmed she plans another run. Asked about the roughly 15-point margin she lost by — less than half of what Mike Derrick lost by two years ago — Ms. Cobb said it was a sign of things to come.