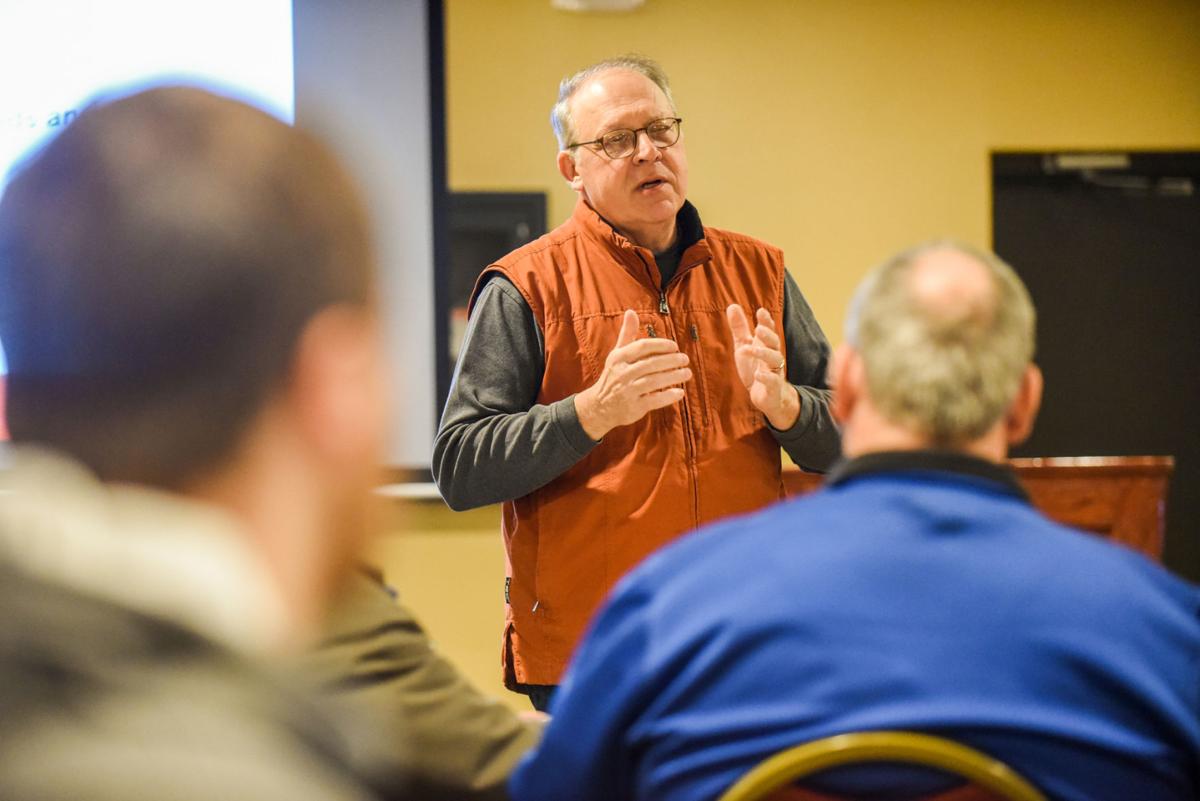 Andrew M. Novakovic, a professor of agriculture economics at Cornell University, speaks to Jefferson County dairy farmers on Wednesday at Dairy Day at the Ramada Inn in Watertown. 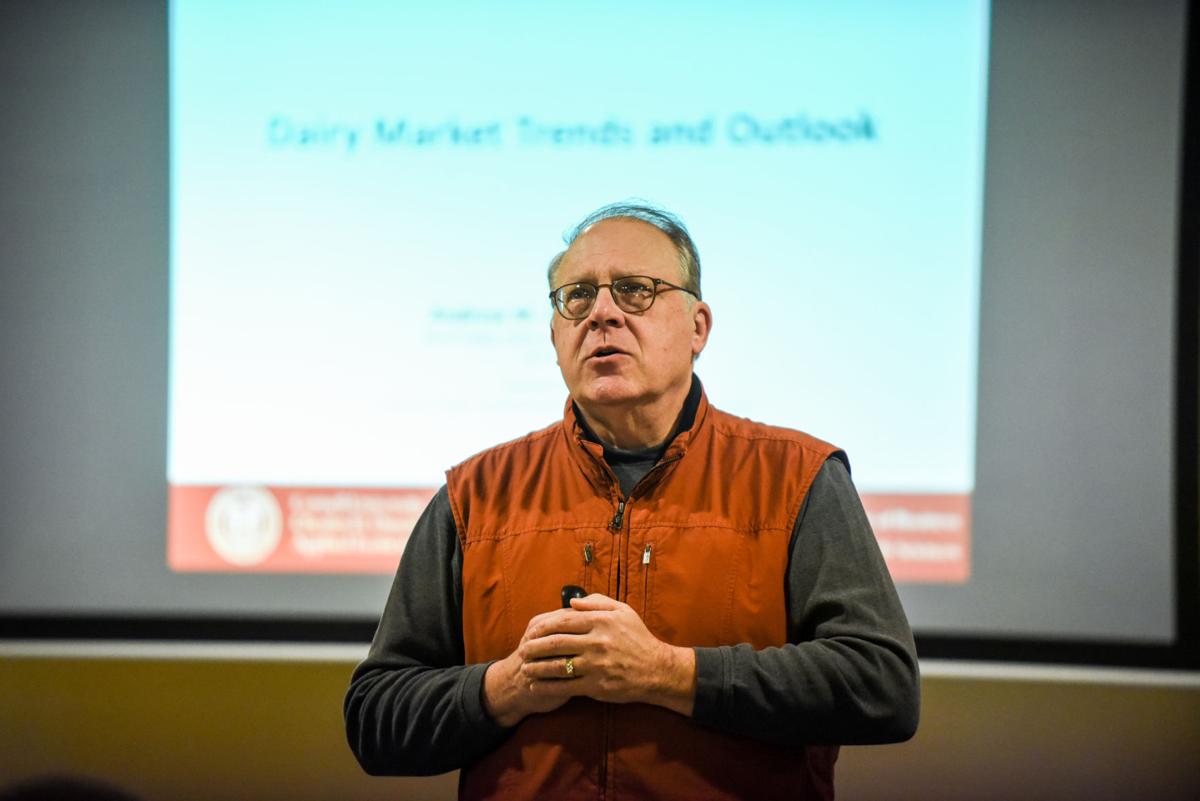 Andrew M. Novakovic, a professor of agriculture economics at Cornell University, speaks to Jefferson County dairy farmers on Wednesday at Dairy Day at the Ramada Inn in Watertown.the Ramada Inn.

Andrew M. Novakovic, a professor of agriculture economics at Cornell University, speaks to Jefferson County dairy farmers on Wednesday at Dairy Day at the Ramada Inn in Watertown.

Andrew M. Novakovic, a professor of agriculture economics at Cornell University, speaks to Jefferson County dairy farmers on Wednesday at Dairy Day at the Ramada Inn in Watertown.the Ramada Inn.

WATERTOWN — An agricultural economist broke down in a discussion Wednesday how milk production, popular products, trade and other factors affect the dairy market.

Farmers’ earnings for their milk, determined by milk prices, have remained relatively low in recent years, and as production costs continue rising, several struggle to keep up with their expenses. Many have widely blamed low milk prices on an international oversupply of dairy goods.

“The only way we know if we have a surplus is if the prices are too low,” Mr. Novakovic said. “Unless we look at the price, we can’t really tell if there’s a surplus or a deficit.”

Milk production and the demand for dairy products like sour cream, butter, cheese and yogurt has climbed annually since World War II, but Mr. Novakovic said production has outpaced demand in recent years.

Producers, however, may exhibit a shift in supply and demand that can bring a slight benefit to their bottom lines.

“The point is that our supply growth is getting more in line with our demand growth,” Mr. Novakovic said.

The average milk price is expected to rise slightly this year from $16.20 per hundredweight in 2018 to $16.80, but could rise as much as one or two dollars.

Mr. Novakovic said that growing demand for fat-based dairy products, including cheese, ice cream and butter, domestically will improve milk prices slightly, although it will not cure problems fueled by the marketplace glut. Domestic use for fat-based products is projected to jump from 212 billion pounds in 2018 to 216.3 billion pounds this year. Farmers may not experience the uptick in price until later in the year.

“I also think in 2020, we’ll continue to see an increase” in prices, Mr. Novakovic said.

The international marketplace for dairy is a different story from the domestic, and the proposed North American Free Trade Agreement replacement and tariffs will affect it in various ways.

According to Mr. Novakovic’s presentation, exports for both fat-based and skim-based products are expected to decline this year. As U.S. tariffs from last year raise costs for other goods in Mexico, the agriculture economics professor said customers south of the border have been encouraged to seek out dairy goods from other exporters, such as the European Union and New Zealand.

“We’ll get some of it back (if tariffs are lifted), but don’t expect to get all of that toothpaste back in the tube,” he said.

While tariffs have also had an adverse effect, Mr. Novakovic said a predicted decline in demand for dairy products from Chinese consumers stems from China’s economic growth slowing down. While U.S. companies have explored opportunities to enter markets in Vietnam and Thailand to enhance their export markets, Mr. Novakovic said they couldn’t yield the same demand as their neighbor, with more than 1 billion people.

“In India, there’s potential, but India’s a big dairy country,” he said. “They don’t need our milk.”

Many farmers hope the proposed United States–Mexico–Canada Agreement will, if approved by all three governments, replace NAFTA and help bolster the dairy industry and raise milk prices. Mr. Novakovic, however, said the difference between both agreements is minimal, and improvement to the dairy industry would be “imperceptible” to all save a few companies along the Canadian and Mexican borders.

“I think us in dairy, we won’t notice the difference,” he said.

When asked about how each region’s dairy economy differs, Mr. Novakovic said all areas have “islands” of areas where farmers have experienced strong production and sales except for the southeast. A few examples include Western New York, Western Michigan, Eastern Wisconsin and portions of California.

Northern New York and Vermont, however, have “held their own, but have not really grown,” Mr. Novakovic said.