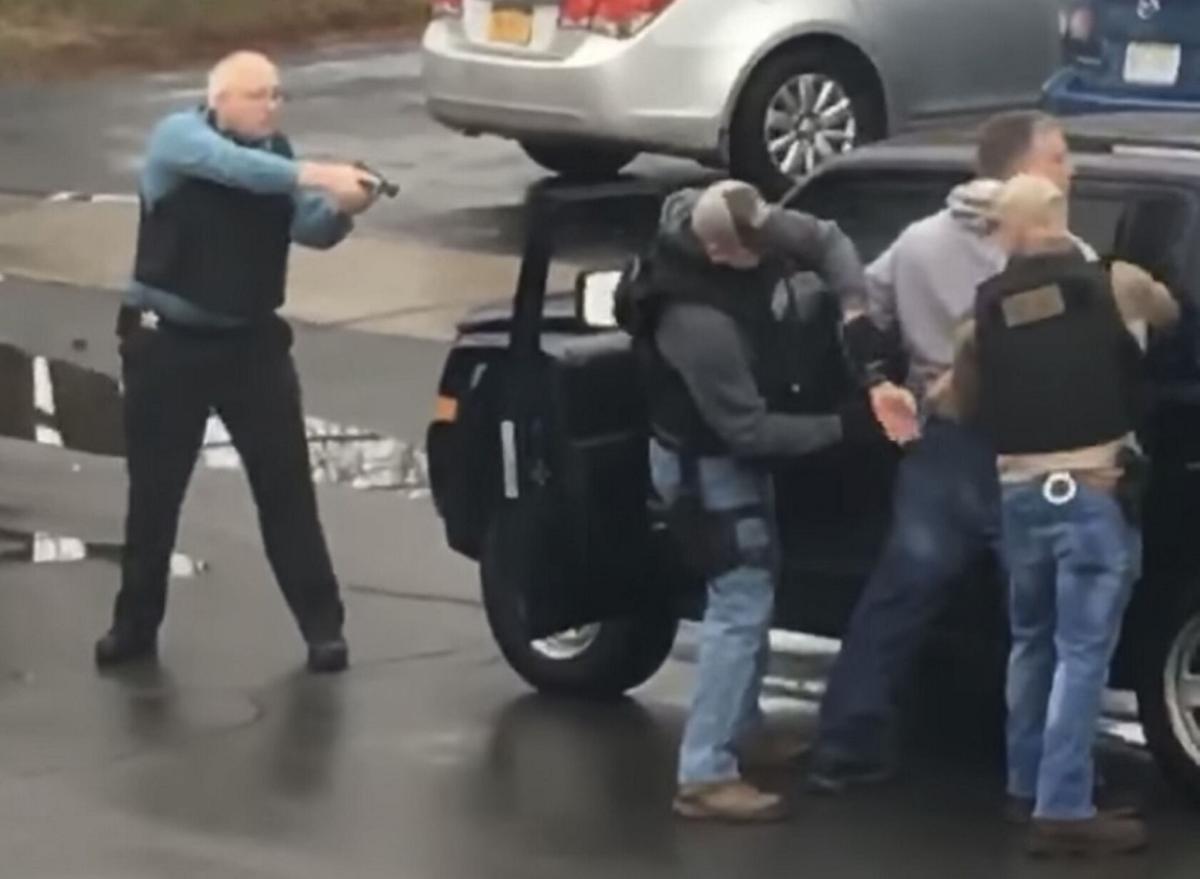 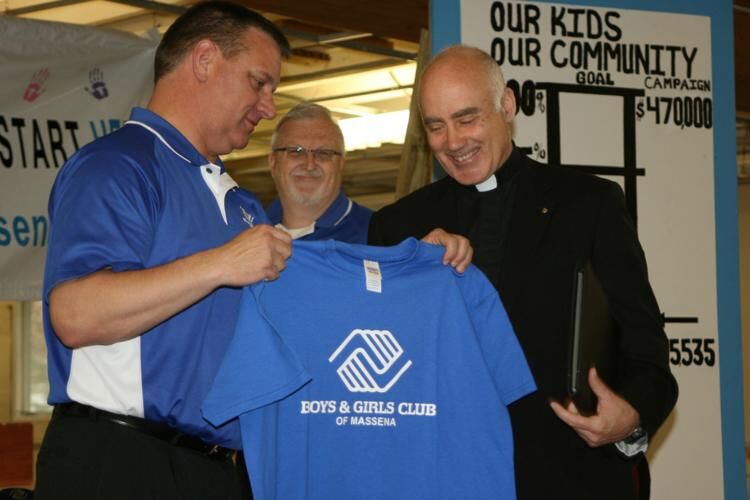 Massena Mayor Timmy J. Currier presents the Rev. Mark Reilly with a Boys & Girls Club of Massena shirt and baseball cap during a ceremony in May 2016. The club purchased the former St. Joseph’s social hall on Bayley Road in 2013 for use as its clubhouse. Bob Beckstead/Watertown Daily Times

The 55-year-old was charged by sheriff’s deputies at about 12:25 p.m. with seventh-degree criminal possession of a controlled substance, a misdemeanor; tampering with physical evidence, a felony; and failure to comply with a police officer.

Here is a video of his arrest:

The sheriff’s office reports Mr. Currier, the only occupant of the vehicle, failed to pull over and continued driving for roughly one-third of a mile through the village. Officers said they observed Mr. Currier throwing about one gram of crack cocaine out of his passenger window before stopping his vehicle near the intersection of Center and Willow streets.

A video circulated on social media Tuesday of Mr. Currier being handcuffed against a vehicle in a residential area near the intersection. St. Lawrence County Undersheriff Sean P. O’Brien confirmed Mr. Currier was held at gunpoint during the arrest.

Mr. Lightfoot, a 27-year, now retired state police officer, said a public disservice is imposed any time a public official is believed to be involved with “something nefarious.”

“If they are true,” Mr. Lightfoot said of the allegations levied against Mr. Currier, “it’s a shameful thing that an elected public official, especially one whose background is in law enforcement, is suspected in unlawful activity.”

Elected mayor in 2014, Mr. Currier ran as a Democrat and defeated incumbent Republican James F. Hidy with 74% of the vote. Mr. Currier had been serving as Massena’s chief of police prior to beginning his mayoral term and had been on the village force for 26 years.

During his tenure as police chief, Mr. Currier headed the board of the Boys & Girls Club of Massena as president. Under Mr. Currier’s leadership, the club found a home at the former St. Joseph’s School, eventually evolving into the Police Activities League of Massena last year.

When the purchase of St. Joseph’s was finalized in December 2013, Mr. Currier celebrated the work of the community to grow the club and support its longevity.

“One of our goals with this club is to make Massena a better place, perhaps to bring back more of what’s great about Massena,” Mr. Currier said in 2013.

The investigation is ongoing, and information about Mr. Currier and his alleged activity should be directed to the St. Lawrence County Drug Task Force Confidential Tip Line, 1-800-287-DRUG, or submitted on the sheriff’s office mobile app.

I find your choice of words in the headline in very poor taste. This was NOT the time to be cute!

Who cares, personal drug use should be decriminalized.

I think Tim is accused of drug sales not just use. The photo of Tim in this paper reveals the countenance of a troubled person. I will say again there are more in Massena government involved IMO. Double dipping should be banned in Massena government or a lot of money for a part time job even the JP's have a retirement income and a Village and Town salary, I know them personally and they are good people but so was Tim Currier. Time to clean house in Massena?

If Tim Currier was doing it there were others. Drugs and addiction a peril in American society.