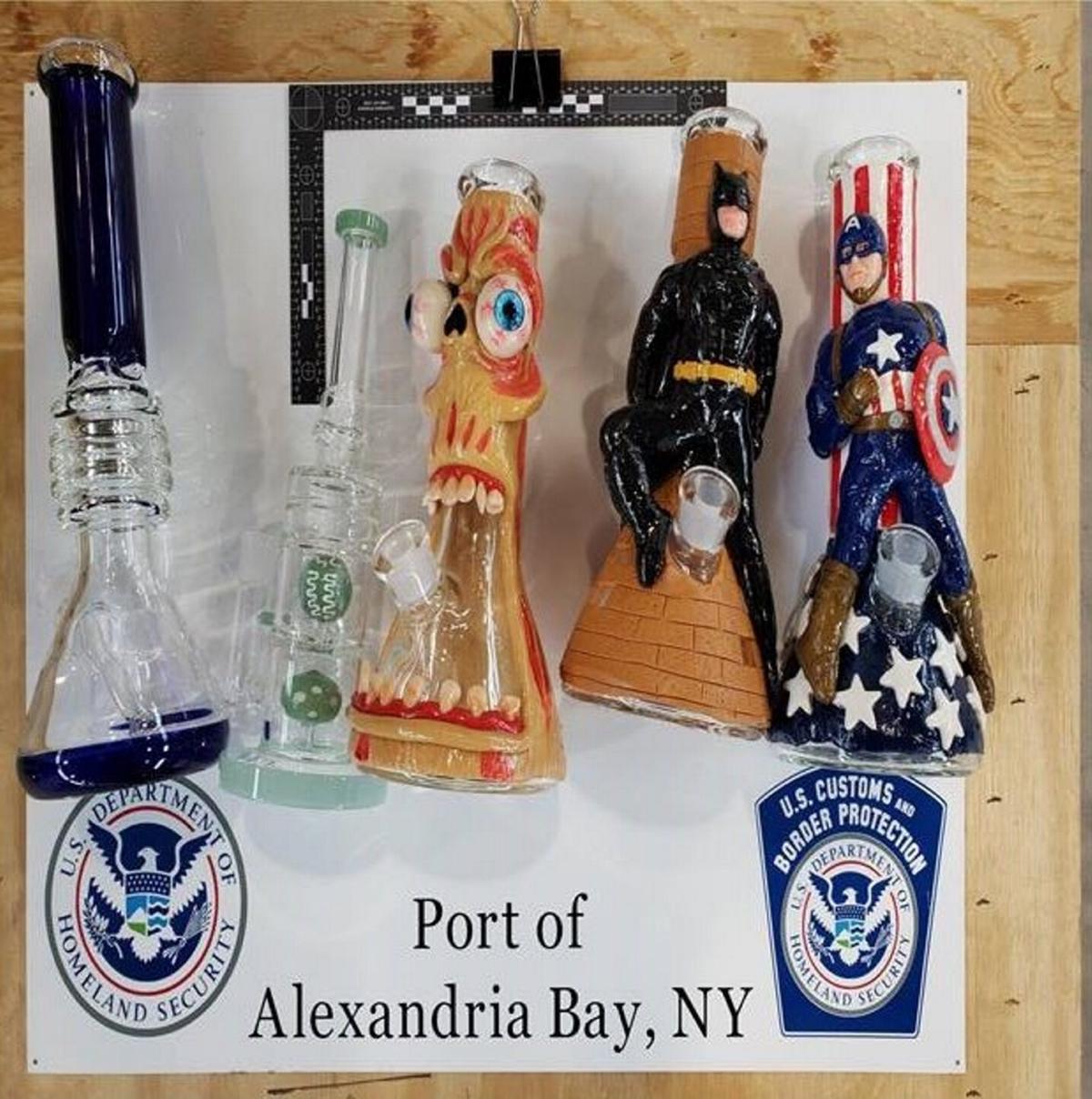 Some of the glass smoking pipes seized at the Alexandria Bay Port of Entry on Wednesday. CBP photo 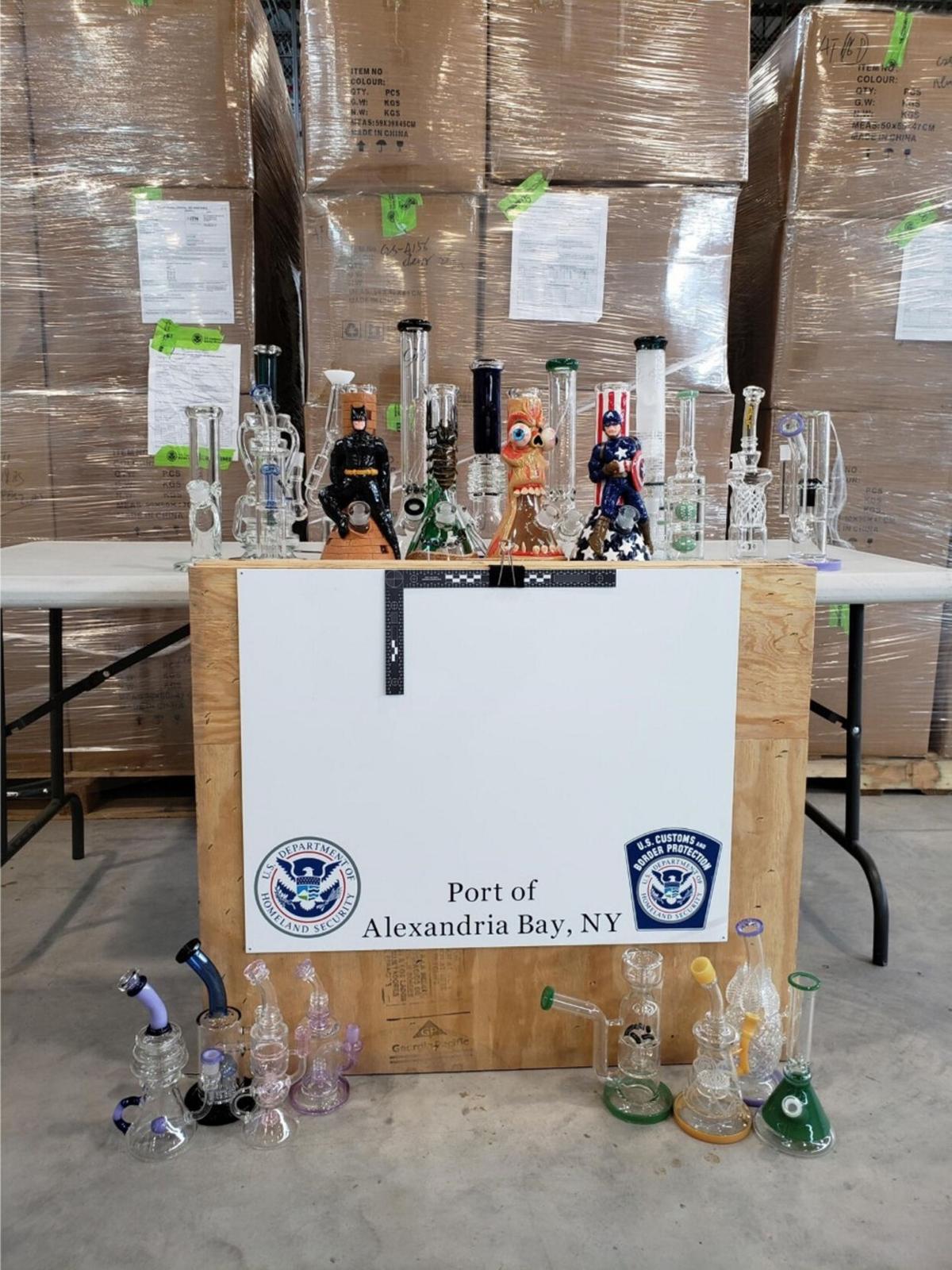 Some of the glass smoking pipes seized at the Alexandria Bay Port of Entry on Wednesday. CBP photo

ALEXANDRIA BAY — More than $150,000 worth of glass bongs were recently seized by border patrol officers at the Alexandria Bay Port of Entry.

On Oct. 4, US Customs and Border Protection officers at the Alexandria Bay Port of Entry encountered a commercial truck that contained shipments manifested as “smoking glass ball water pipe,” according to a news release. The truck was sent for a non-intrusive inspection and then to the warehouse for a physical exam.

While it was being inspected, officers found eight pallets containing 2,400 glass smoking pipes, which would later be determined to be drug paraphernalia imported unlawfully, according to US customs.

“Keen awareness by our CBP officers led to the discovery of this contraband,” Assistant Port Director Trade Wendy Ruttan said in a prepared statement. “These officers take pride in continuing to prevent drug related items from entering our community.”

The entire shipment of drug paraphernalia had an approximate value of more than $156,000 and was seized Wednesday for importation violations.