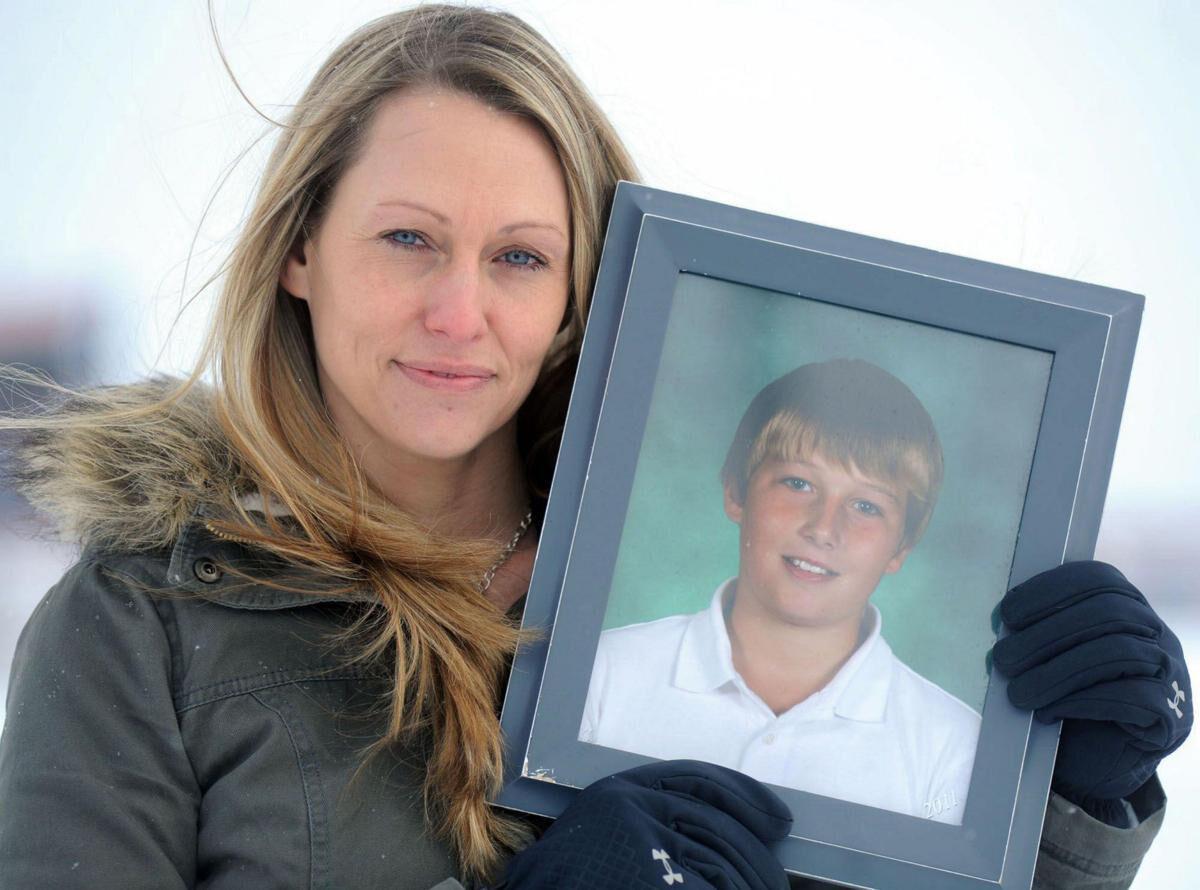 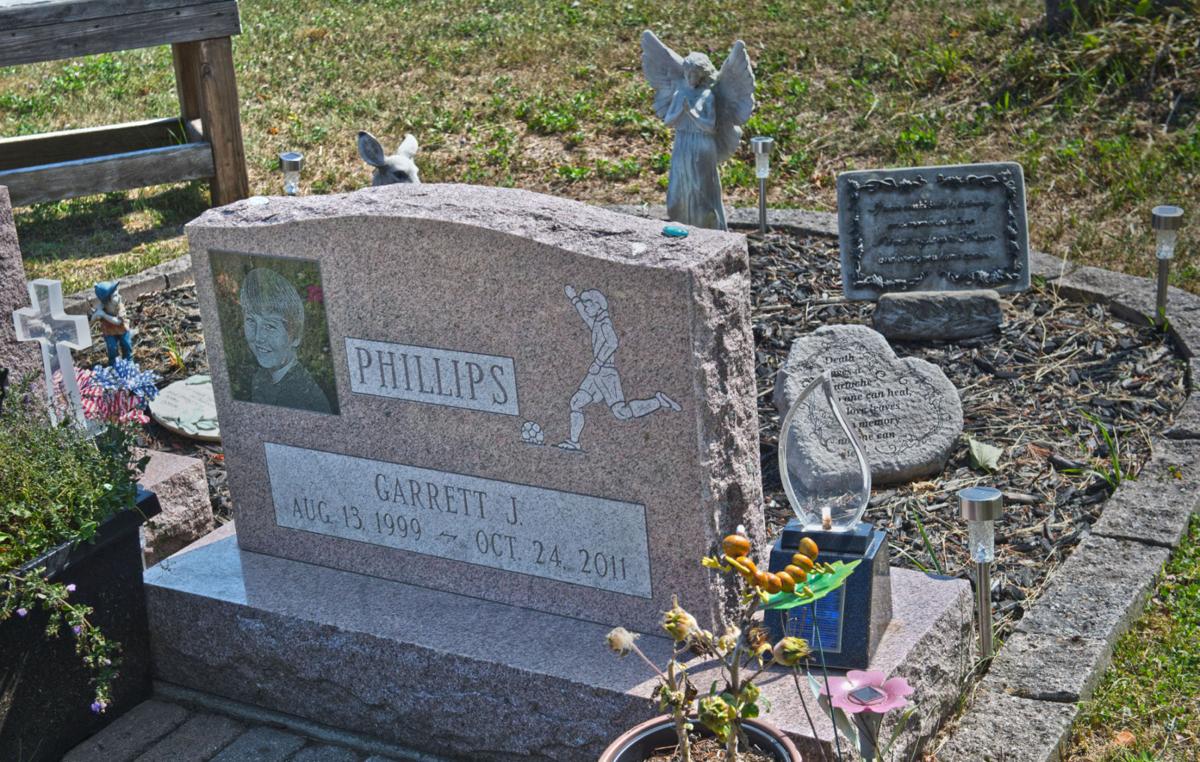 GOUVERNEUR — Seven months ago, Potsdam community organizer Jennifer Baxtron created a petition calling for all leads related to the 2011 murde…

POTSDAM — Nearly nine years after Garrett J. Phillips was strangled to death in his Potsdam home, the case remains open and no one has been convicted in connection to the 12-year-old’s murder.

The north country has long followed the case that brought Oral “Nick” Hillary to trial for the boy’s slaying, with residents seeing Mr. Hillary’s acquittal in 2016 and following the multiple lawsuits filed by Mr. Hillary against St. Lawrence County, former District Attorney Mary E. Rain, state police and the village of Potsdam over his arrest and prosecution. And a new lead, not involving Mr. Hillary, received by police in the fall of 2018 surfaced last spring, just three months before filmmaker Liz Garbus’ documentary “Who Killed Garrett Phillips?” premiered at a festival in the nation’s capital and aired on HBO.

After years of court proceedings, the broadcast of television specials and national news coverage, the unresolved case is again drawing questions from north country community members, now 16 days after the death of 18-year-old Treyanna Summerville was reported in Gouverneur.

As of this week, St. Lawrence County District Attorney Gary M. Pasqua said state police investigated the leads surfacing over the last year or so, including a review of inconsistent statements to law enforcement by neighbors of Garrett’s Market Street residence.

As a result of the investigation into the leads surrounding November 2011 statements from neighbors, Mr. Pasqua said “no new information was really gathered, no actionable information.”

“I consider this an open case still, simply because no one has been convicted,” Mr. Pasqua said Tuesday, more than a year after providing the same comment.

If additional information was brought to the attention of law enforcement, he added, a vetting process and investigation into any potential leads would resume.

Based on police reports, court documents and Times coverage, a timeline of Garrett Phillips’ case follows:

Rick Dumas, manager for North Country Manor Apartments, was called to let an officer into the locked apartment after neighbors called Potsdam police at about 5:45 p.m.

After Mr. Dumas and the responding officer entered the apartment, Garrett was lying unconscious on the floor near a wall. They each performed CPR, but were unable to revive the boy. Garrett was taken to Canton-Potsdam Hospital, where he died at 7:18 p.m.

At the time, Coroner June H. Wood said she observed no cuts or bruises “of any type” on Garrett’s body.

“Any marks on him were minimal,” she said. “I’m baffled.”

Potsdam police announced Garrett’s death was being investigated as a homicide, and family members were notified about the manner in which the sixth-grader was killed. Garrett was strangled, but no additional information was released at the time.

September 2012: Mr. Hillary, a Black Northern New York resident since the 1990s and then-head soccer coach for the men’s team at Clarkson University, filed state Supreme Court action in Canton, claiming police detained him illegally and damaged his reputation by making statements implicating him in Garrett’s death. The lawsuit was moved to U.S. District Court, Syracuse, in November 2012 because Mr. Hillary also claimed his federal Constitutional rights were violated.

January 2014: A federal judge denied Mr. Hillary’s application to be granted a protective order preventing statements he made to Potsdam police while being questioned about Garrett in 2011 from being used against him in criminal court.

May 12, 2014: A St. Lawrence County grand jury heard testimony as part of the more than two-year investigation into Garrett’s murder. More than 20 people testified, including Potsdam police officers, the teenage daughter of Mr. Hillary and Garrett’s family members.

July 25, 2014: Mr. Hillary was released on bond to the supervision of probation at the disappointment of then-District Attorney Ms. Rain, who spent two months contesting then-County Court Judge Jerome J. Richards’ original decision to set bail at $75,000 cash or $150,000 bond.

Oct. 16, 2014: Nearly three years after Garrett Phillips’ killing, Judge Richards dismissed all charges against Mr. Hillary, who had been indicted on a second-degree murder charge. Judge Richards filed a written decision which reads in part:

“It is particularly troubling to the court that in this serious case, which is so heavily dependent on circumstantial evidence, the prosecutor’s improper questions, direct and indirect expression of opinion, and use of numerous exhibits without proper foundation may have impaired the integrity of the proceeding,” Judge Richards wrote, referring to Ms. Rain. “The prosecutor seemed to put aside any neutrality and balanced judgment — duties imposed on her by case law — in questioning two witnesses who were later identified as potential alibi witnesses.”

Jan. 22, 2015: Mr. Hillary was reindicted by a St. Lawrence County grand jury on a second-degree murder charge in Garrett’s killing, pursued again by Ms. Rain. For the second time within one year, Mr. Hillary pleaded not guilty to the charge, in February 2015.

February 2015: Edward F. Narrow and Peter A. Dumas, Mr. Hillary’s defense team at the time, filed a motion requesting the district attorney’s office provide video footage they believed might contradict a statement made by John E. Jones Jr, a sheriff’s deputy, a former boyfriend of Garrett’s mother and once a person of interest in the homicide investigation.

May 2015: Court records reflect that both a Potsdam police lieutenant and former chief said, under oath, there was no evidence to indicate Mr. Hillary murdered Garrett. Police Lt. Mark R. Murray and former Chief Edward F. Tischler indicated there was no evidence that “physically placed Oral Nicholas Hillary at the crime scene.” Fingerprint and DNA analysis did not place Mr. Hillary at the Market Street apartment around the time of Garrett’s death, court records show.

Aug. 26, 2016: Presiding County Court Judge Felix J. Catena denied the prosecution’s request to use a DNA sample that could implicate Mr. Hillary in the strangulation death of Garrett. In his ruling, Judge Catena wrote there was a lack of internal validation by the state police crime lab, as admitted by one of the three developers of STRmix, the forensics software used to test DNA during the investigation.

Sept. 8, 2016: After 10 jurors were selected to serve in the jury trial of Mr. Hillary, the then-41-year-old’s defense team announced they would opt for a bench trial with Judge Catena.

Sept. 28, 2016: After two denied requests by Mr. Hillary’s defense team for Judge Catena to declare a mistrial and a week of deliberations after closing arguments were made, Oral “Nick” Hillary was found not guilty of second-degree murder.

July 11, 2018: Potsdam Town Justice Samuel R. Charleston dismissed a misdemeanor charge of second-degree criminal contempt against Mr. Hillary. The charge stemmed from an alleged violation of a no-contact order in 2015, issued in favor of Ms. Collins, Garrett’s mother and the former girlfriend of Mr. Hillary. Judge Charleston ruled the order was insufficient as it directed Mr. Hillary to stay away from Ms. Collins’ home and place of employment, but did not provide a specific address.

June 28, 2018: Ms. Rain’s license to practice law was suspended for two years based on complaints of misconduct reviewed by the state Third Judicial Department. The court ruled Ms. Rain violated 24 distinct rules related to professional misconduct charges filed in March and July 2017. Some of those violations stemmed from Ms. Rain’s conduct during the investigation into Garrett’s murder and Mr. Hillary’s trial.

I'd like to know why he was left alone at the age? Where was the mother at the time? It's so sad and I still think the ex boyfriend that was a cop had something to do with it. Just my opinion.

It’s always the Black person...My question throughout was why would this man risk his professional and personal life (being a father) to kill a child that doesn’t like him...It’s understandable that the young boy would not like his mother dating a black gentleman...I mean come on this wasn’t a cosmopolitan city...Another thing I often wondered about jumping out that window? I believe they made it appeared that someone jumped..Somehow they left without being seen...The town screen was a ruse...I feel for the mother but she herself had to know that her former boyfriend had nothing to do with her sons murder...She just didn’t have to courage to stand by him knowing she would be ostracized even more that she already was...The bungled the murder from the moment they arrived on the scene...I’m glad the judge made the proper ruling..This like so many other cases is a tragedy of major proportions...I do hope for the mothers sake that the REAL killer is found so that true justice can be served✌🏾

There was a lifelong criminal who lived just a few doors down. If you were to look back at the comments section of the Watertown Daily Times (I believe is was in Disqus on the Massena version of the paper) at that time the senior Mr. Carranza states that he was at the crime scene at the time of the murder. His son, the younger Mr. Carranza was the man caught lying on the HBO documentary. The New York Times did a long profile of the sometimes violent crimes the senior Mr. Carranza admitted committing. We had a lifelong criminal live just a few doors down from the murder, a man who admits he was at the crime scene.

Did the police even look at this guy? Nope. They just focused on the black guy. Potsdam regularly sees State Police, Village Police, SUNY Potsdam Police, County Sheriff, DEC, DEA, and Border Patrol. Funny that with our 10 forms of law enforcement somebody got away with murder. This is why people say defund the Police, they suck at their jobs.