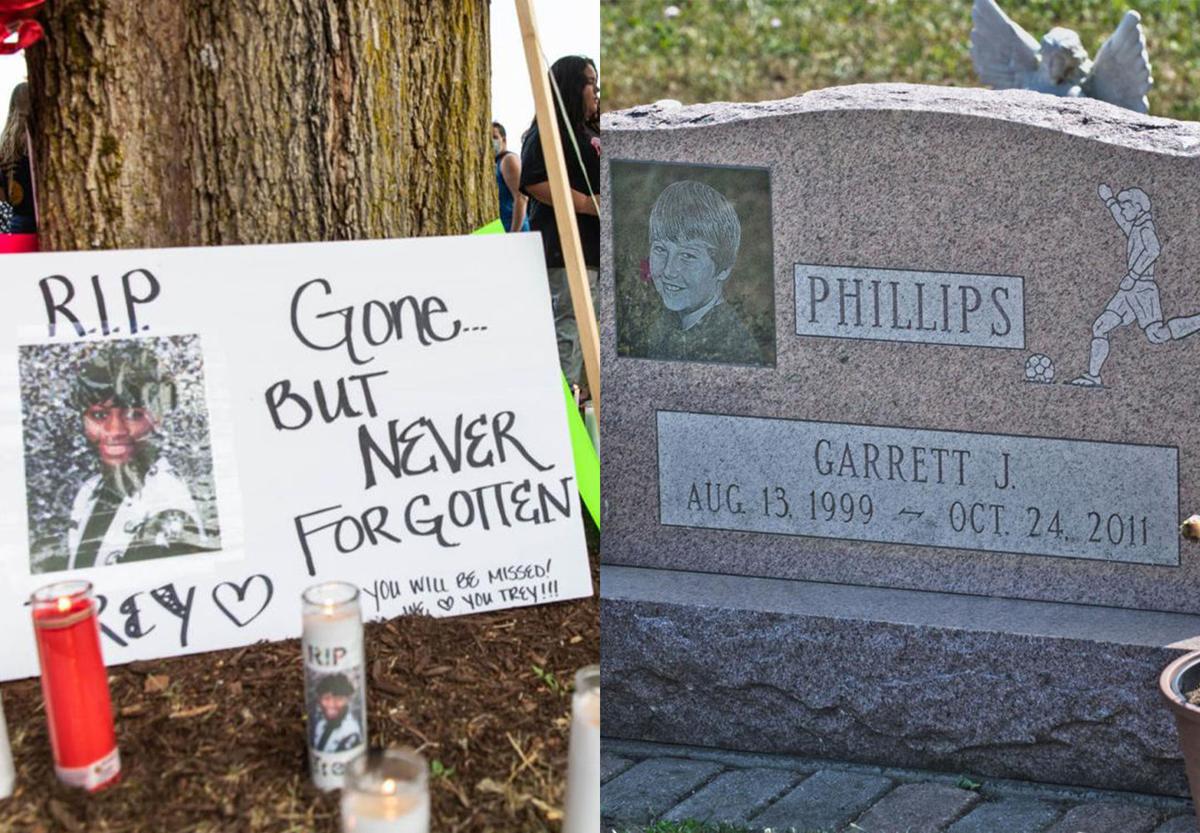 Left: In the Gouverneur village park, a memorial is built by community members June 22 in honor of Treyanna Summerville, a Gouverneur senior who was reported dead in her village home the same day. Sydney Schaefer/Watertown Daily Times; right: A petition is circulating online calling for FBI and state Attorney General investigations into all agencies involved in the Garrett Phillips murder and Treyanna Summerville’s death. Christopher Lenney/Watertown Daily Times 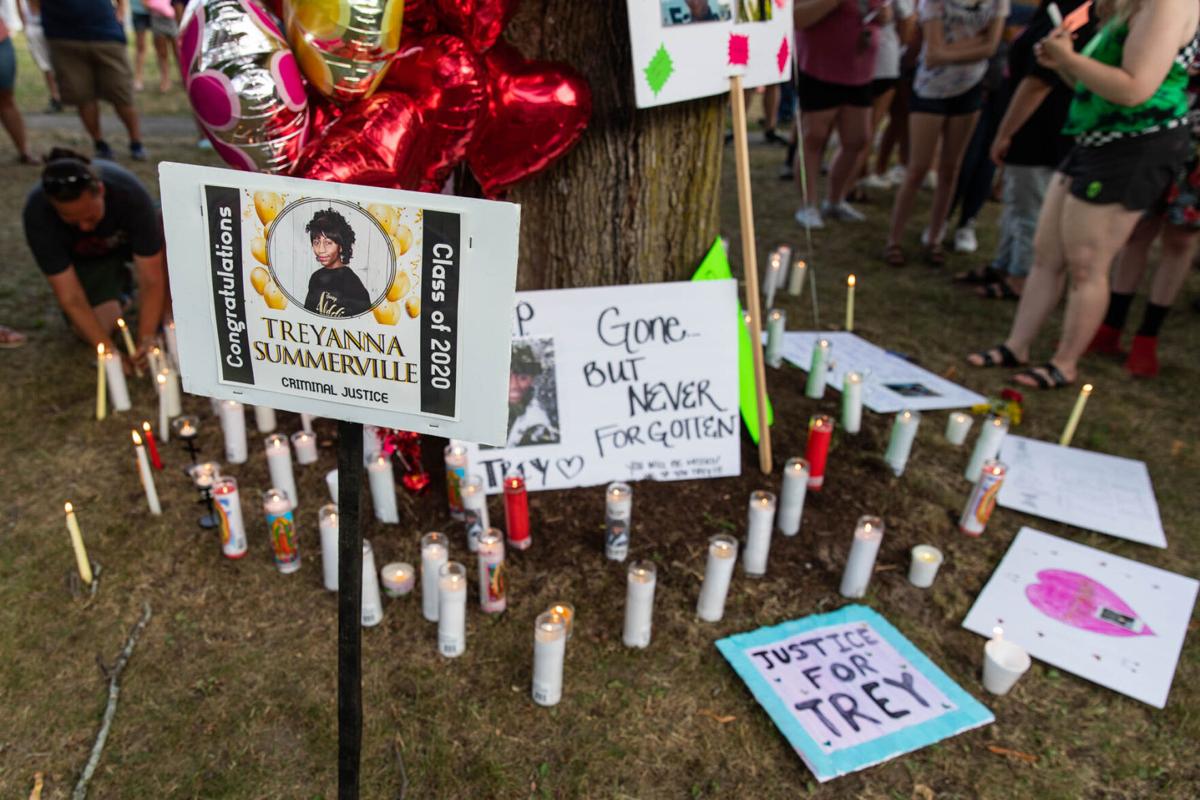 A memorial is built by community members in honor of Treyanna Summerville, a Gouverneur senior who was reported dead June 22, during a vigil for Treyanna in the village of Gouverneur that same evening. Sydney Schaefer/Watertown Daily Times 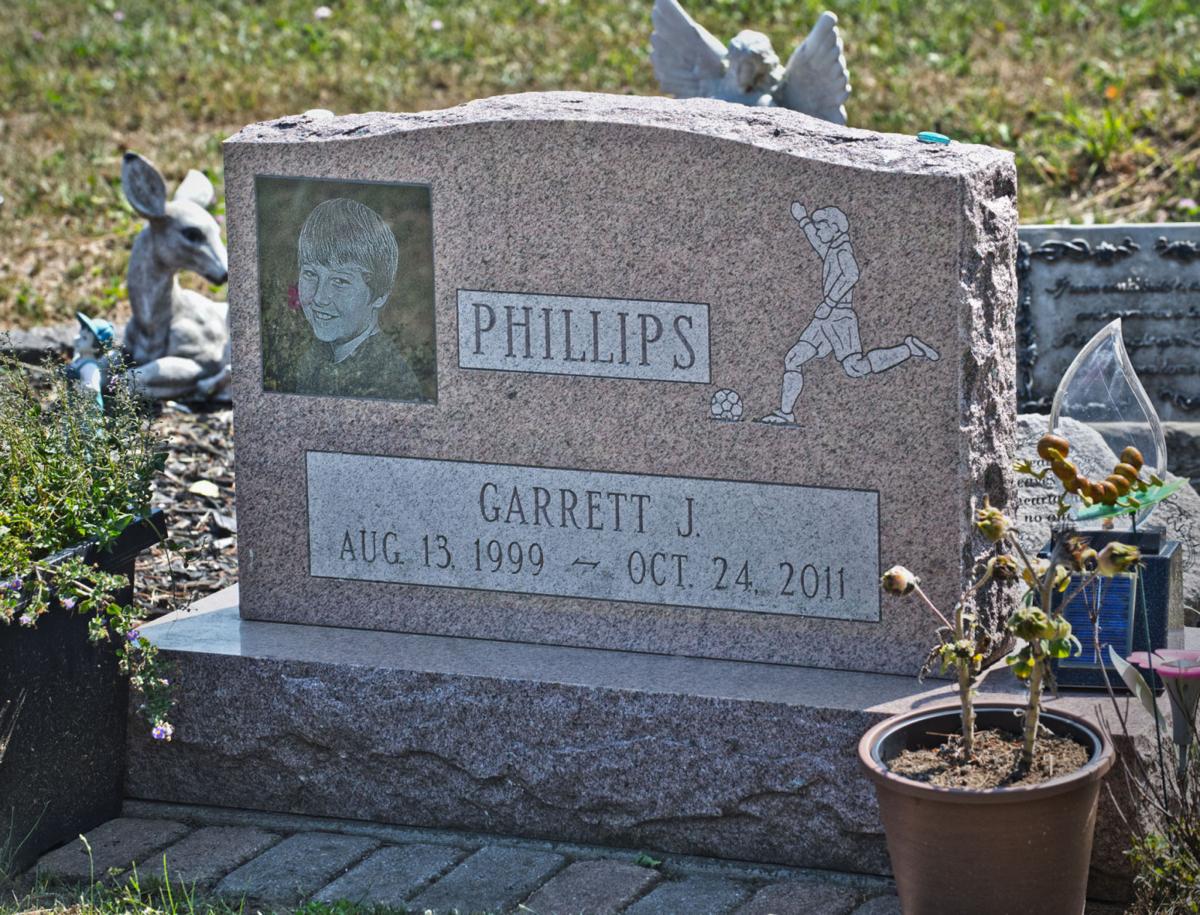 A petition is circulating online calling for FBI and state Attorney General investigations into all agencies involved in the Garrett Phillips murder and Treyanna Summerville’s death. Christopher Lenney/Watertown Daily Times

Left: In the Gouverneur village park, a memorial is built by community members June 22 in honor of Treyanna Summerville, a Gouverneur senior who was reported dead in her village home the same day. Sydney Schaefer/Watertown Daily Times; right: A petition is circulating online calling for FBI and state Attorney General investigations into all agencies involved in the Garrett Phillips murder and Treyanna Summerville’s death. Christopher Lenney/Watertown Daily Times

A memorial is built by community members in honor of Treyanna Summerville, a Gouverneur senior who was reported dead June 22, during a vigil for Treyanna in the village of Gouverneur that same evening. Sydney Schaefer/Watertown Daily Times

A petition is circulating online calling for FBI and state Attorney General investigations into all agencies involved in the Garrett Phillips murder and Treyanna Summerville’s death. Christopher Lenney/Watertown Daily Times

POTSDAM — Nearly nine years after Garrett J. Phillips was strangled to death in his Potsdam …

GOUVERNEUR — Seven months ago, Potsdam community organizer Jennifer Baxtron created a petition calling for all leads related to the 2011 murder of 12-year-old Garrett J. Phillips to be sent to the state division of the FBI in Albany. One month ago, the online petition had garnered about 1,000 signatures.

Less than 48 hours ago, Ms. Baxtron added the name of 18-year-old Treyanna Summerville in the text of the petition, demanding her case be brought to higher authorities, too. At the time of this report, 540 signatures had been added after the addition of “Justice for Trey.”

“Leads need to be taken seriously, by serious people,” Ms. Baxtron said. “That’s what I’m hoping for in the long run. The truth has to come out and justice has to be served. This can’t keep happening.”

Ms. Summerville was reported dead June 22 inside her home at 135 Rowley St., Gouverneur.

Titled “Seeking Truth and Justice in St. Lawrence County for Garrett Phillips, Treyanna Summerville,” the petition is viewable on the online change.org platform, a petition-generating website managed by the for-profit Change.org corporation and used by individuals and organizations worldwide.

The petition cites North Country Public Radio and Watertown Daily Times coverage of the 2011 strangulation death of Garrett, whose case is still open with no convictions rendered. No suspect arrests have been made, other than the 2014 arrest of Oral “Nick” Hillary, who was acquitted of second-degree murder in 2016.

With permission from Treyanna’s father and older stepbrother, Ms. Baxtron wanted to add the two-week-old Gouverneur case to the petition, calling for any leads related to her homicide investigation to be directed to the Albany FBI office, the county District Attorney’s office and the state attorney general.

The petition also calls for a Sentinel Event review of both cases, as part of the research-based National Institute of Justice and the Bureau of Justice Assistance joint Sentinel Events Initiative. The initiative gained traction in 2011, and continues to evaluate how a review can take place in the criminal justice system. The Sentinel Event review process has been implemented in the fields of medicine, aviation and other “high-risk enterprises,” the NIJ reports.

The NIJ describes a Sentinel Event as an error resulting in a negative outcome that “signals underlying weaknesses in the system or process; is likely the result of compound errors; and may provide, if properly analyzed and addressed, important keys to strengthening the system and preventing future adverse events or outcomes.”

By 2014, the NIJ successfully piloted Sentinel Event reviews for justice errors in Milwaukee, Philadelphia and Baltimore — more specifically, in jurisdictions within those cities that experienced a justice error, or Sentinel Event.

Akhi Johnson, deputy director of the Vera Institute of Justice, has written about and researched the Sentinel Event review process extensively.

“Even where there is a rare quintessential bad actor, a sentinel review pushes beyond merely blaming the bad apple to understanding contributory causes like how the person got hired, or why no one caught the errant decision before it was too late,” Mr. Johnson wrote in December 2019 for the Vera Institute.

According to the NIJ, a Sentinel Event review is based on three principles, which include a review is nonblaming; all stakeholders “system-wide” must be involved in the review; and the review is an “ongoing, routine practice.”

“When you compare the criminal justice system to the medical world, or to aviation, right now, we’re far behind in the way we review our mistakes,” Mr. Johnson wrote. “When a plane overruns a runway, or doctors operate on the wrong person, for example, those systems do not simply look to cast blame on the pilot, or the doctor. Instead, they conduct sentinel reviews to determine if an unexpected negative outcome is indicative of a systemic problem, without seeking to ascribe blame.”

“I was trained to do justice on a case by case basis,” he wrote last year. “But when things go wrong we rarely, if ever, take the chance to step back and look at the system as a whole. And it’s a missed opportunity.”

Ms. Baxtron, a longtime north country community organizer and justice advocate, said she expects agencies involved in Garrett’s case and Treyanna’s death and the alleged abuse she endured in her home to admit any wrongdoing, to say “hey, we messed up, now let’s do it right,” she said.

“They should, and could, have done more to help that child, to help that family,” Ms. Baxtron said of county CPS and local law enforcement called to respond to incidents related to Treyanna and members of her family several times in the last five years, including a call made three weeks before Treyanna was reported dead.

Based on multiple interviews over the last two weeks, several people reported to various authorities and mandated reporters that they suspected mistreatment or saw signs of child abuse and neglect that Treyanna may have endured in her home.

Since Ms. Summerville’s death, a 13-year-old girl has been charged with second-degree murder as part of the ongoing state police and District Attorney’s Office homicide investigation. Treyanna’s father and older stepbrother have also traveled from out of state, joining the Gouverneur community in calling for justice. About 300 people cried and sang during a vigil June 22, the day Treyanna was found by first responders; about 50 students and family members revisited the vigil site June 26 after Gouverneur High School’s graduation; 200 people silently marched through the village June 27; and about 50 people rallied last week in front of the Department of Social Services building and CPS offices in Canton.

Mr. Pasqua on Tuesday afternoon said no additional information about the homicide investigation is being released at this time.