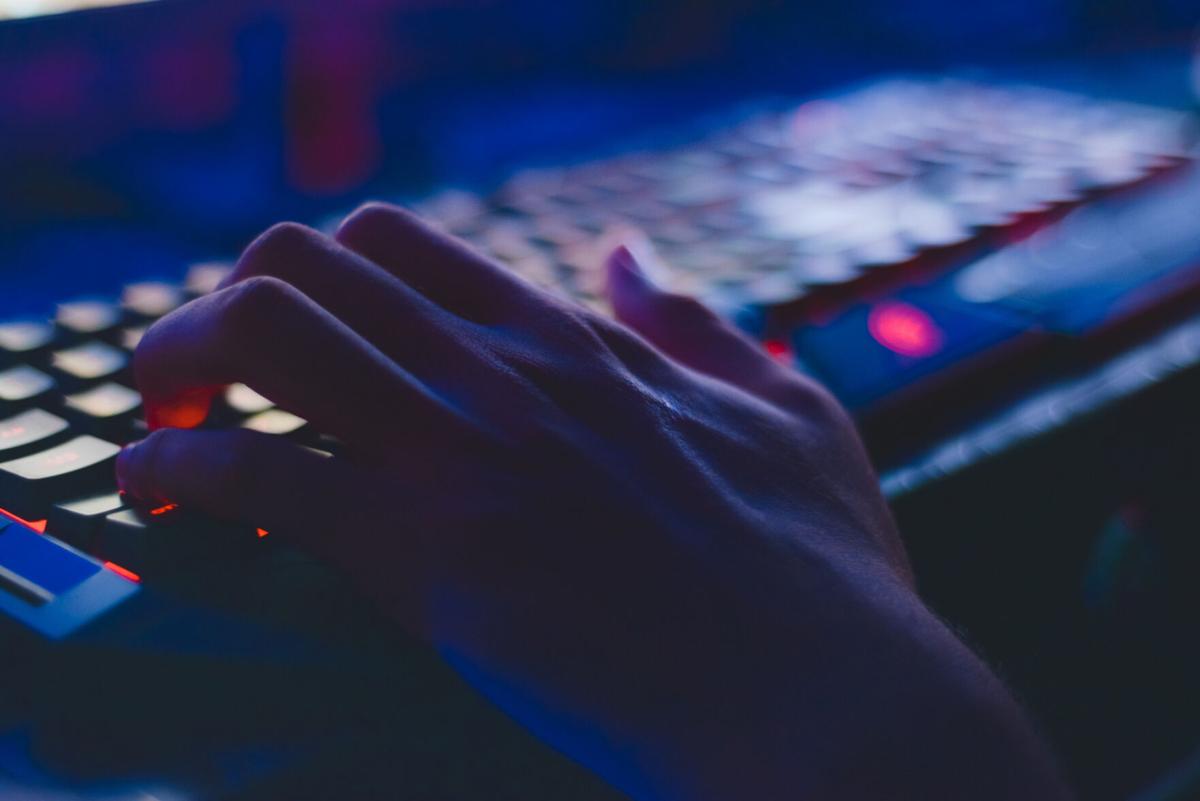 Photo by Soumil Kumar from Pexels 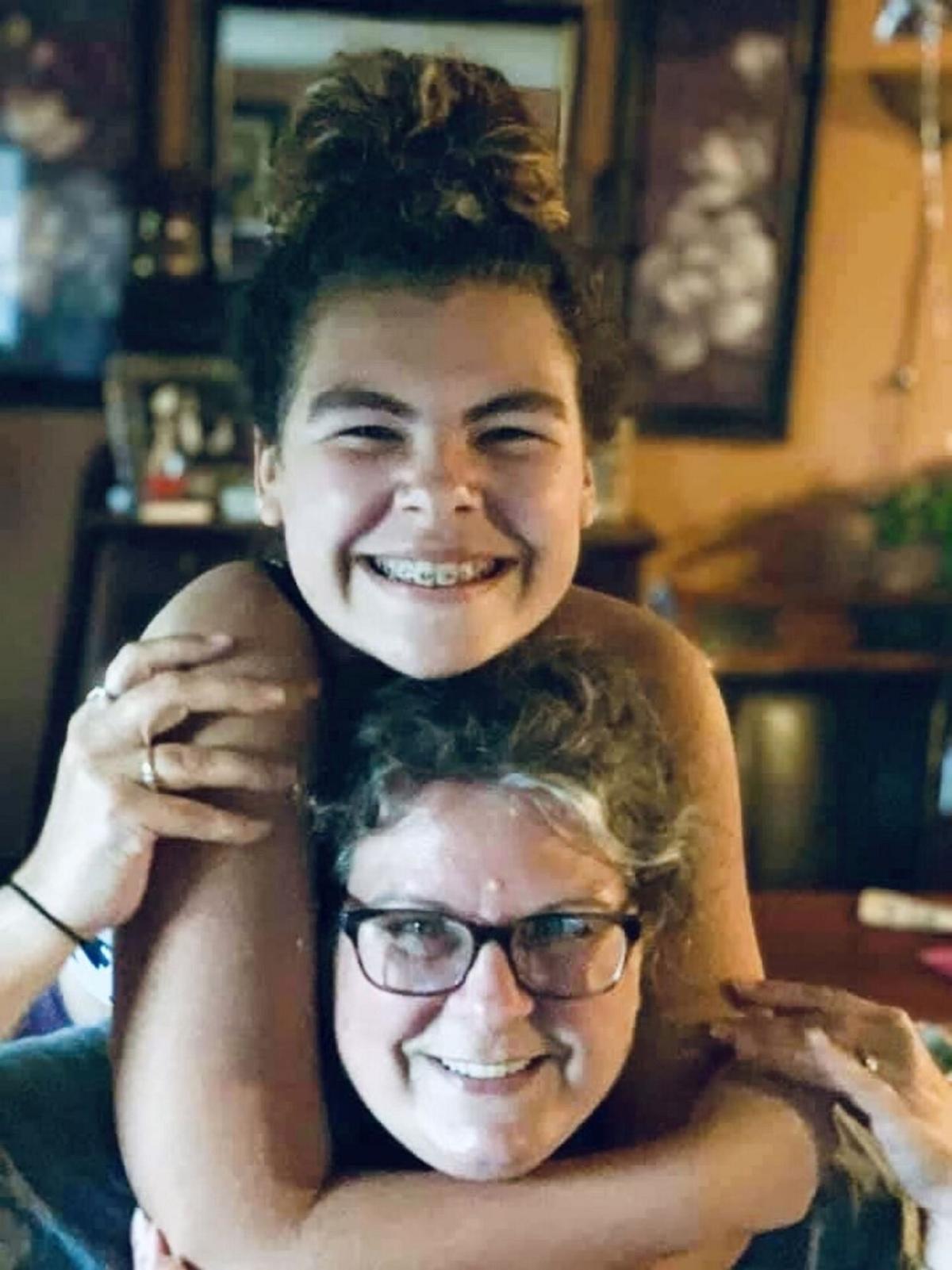 Raegan Barrett of Potsdam is pictured with her mother, Susan. Raegan, 14, received a message through her school email account threatening her for money. Provided photo 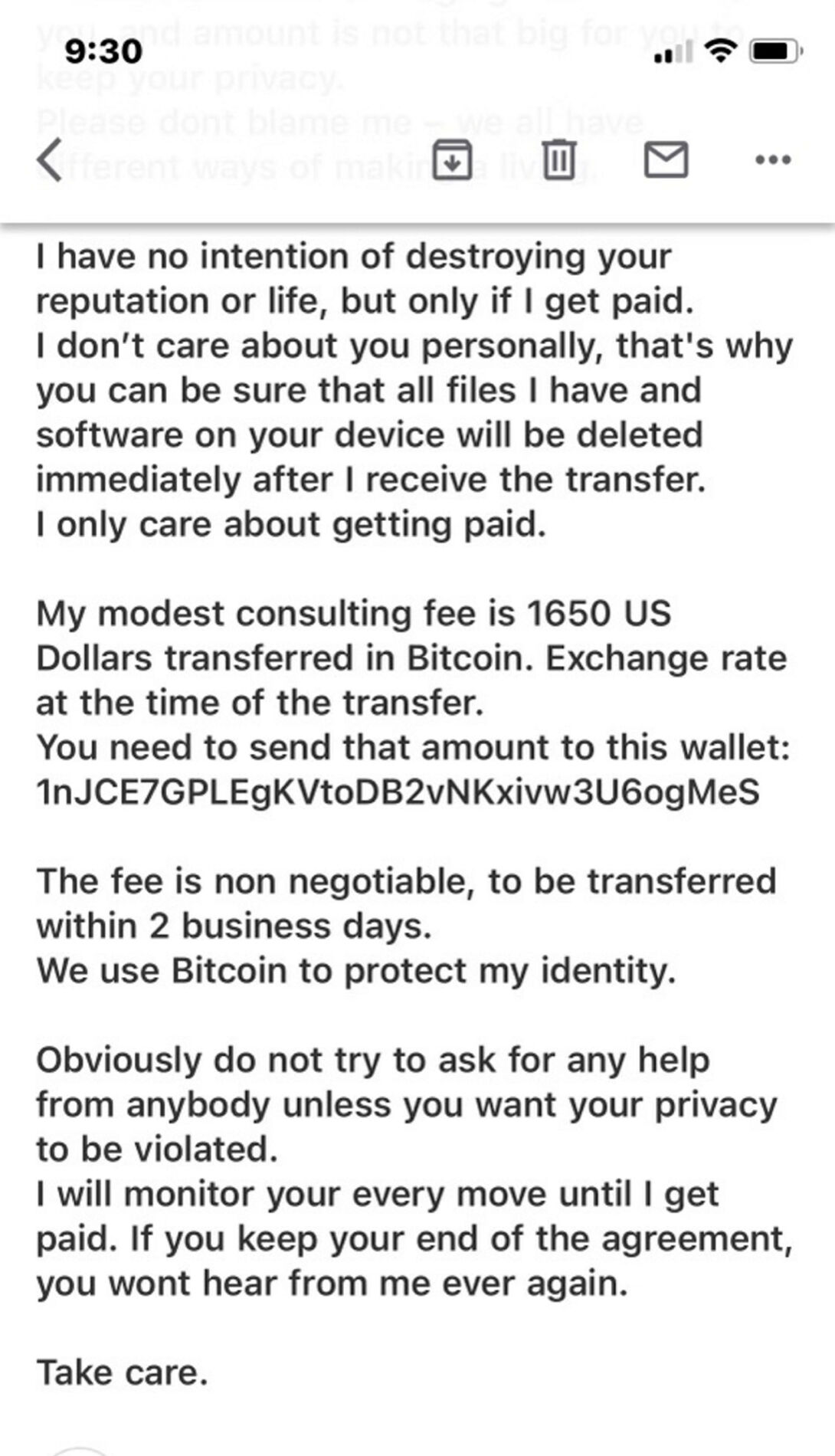 Above are portions of an email sent to 14-year-old Raegan Barrett, who’s heading into 10th grade at Potsdam. Provided photo

Photo by Soumil Kumar from Pexels

Raegan Barrett of Potsdam is pictured with her mother, Susan. Raegan, 14, received a message through her school email account threatening her for money. Provided photo

Above are portions of an email sent to 14-year-old Raegan Barrett, who’s heading into 10th grade at Potsdam. Provided photo

POTSDAM — Raegan Barrett, 14, woke up with an email on her school account that evoked similar fear like in the case of Riley Basford, who was her friend and a 15-year-old who died by suicide after being extorted online in March.

This time, Raegan told her parents of the threatening email, which has been the goal of Riley’s parents since he died. And Raegan isn’t the only kid who went to her parents after being threatened recently, proving that the efforts by three families who lost a child to suicide have been worth it.

“I encourage others to reach out to their parents,” Raegan said. “I don’t have any regrets about going to my mom.”

Several students at Potsdam Central School have received emails from what appears to be from a scammer attempting to extort children. The emails start by telling students their school account had been compromised and that software was collecting information about their online footprint.

The email then threatens to leak the most damaging content to their contacts and post it to a “public tube for perverts to explore.”

In exchange for not sharing what they claim to have gathered, the scammers will demand more than $1,000.

All three came in contact with a subject posing as someone they weren’t on Facebook or Instagram. The kids would go on to be extorted and manipulated online to what their families describe as a breaking point.

The case of the email being sent to students in Potsdam is similar but not identical. This time it’s a school email being used instead of social media, and it appears the scammers are sending the emails to any student they can, no matter if the student actually shared sensitive material or not. It could be that the scammers are just betting on making contact with a student who has shared something by which they might be embarrassed.

In the case of Raegan, who would later tell her mother that she has never shared sensitive photos or videos, she woke up Sunday morning to the email.

The scammer told her that software controlled her camera and microphone, on top of gathering her texts, search history and websites she visited. It demanded a “consulting fee” to delete the content they had gathered.

“Please don’t blame me,” the email states. “We all have different ways of making a living.”

The email demanded $1,650 from Raegan, who’s about to be a sophomore in high school.

“I was more nervous than anything,” she said. “A little scared. After I read it, I went to my mom immediately.”

Her mom, Susan Barrett, said Raegan came to her at around 6:30 a.m. Sunday. Mrs. Barrett said she wondered how she got the email on her school account and then immediately thought to contact her school.

She got in touch with the high school’s principal, Mark Bennett, who told her that the IT department had been contacted and it was being addressed. He also issued a notice to parents.

“I will be meeting with our IT department, the St. Lawrence-Lewis BOCES IT director, and staff from NERIC (North East Regional Information Center) to discuss how we can block and stop these types of emails,” the statement reads in part. “This is not a situation unique to Potsdam Central; it happens across our country and around the world. It needs to be addressed and stopped for the safety and well-being of all children.”

Raegan being the recipient of an attempted extortion further showed to her mother that it can happen to anyone and that the conversation shouldn’t end, especially since her daughter was friends with Riley.

“They rode the bus together, went to school together,” Mrs. Barrett said. “My mother cut their hair when they were little. They played and they knew each other, so when it happened to Riley, it was devastating to the school and community, but it also really hit home.”

“It was exactly word for word,” Mrs. Brickey said.

“The kids that have trouble are the ones who might have sent something out,” Mrs. Brickey said. “It turns into a horrible coincidence.”

Mrs. Brickey said she spoke with Principal Bennett, who told her they were working on the issue and law enforcement had been notified, she said.

“By kids coming to us, the school was able to handle it,” Mrs. Brickey said. “And when people start talking about it, kids feel more comfortable coming to their parents.”

In Raegan’s and Daniela’s cases, no content was ever shared by the scammers. They told the kids to not seek help in the email, yet they did and it came out successful. The families are concerned over an email through school accounts, but they’re proud of their kids for coming to them, which is largely due to the awareness efforts by the families of Riley, Shylynn and Evan.